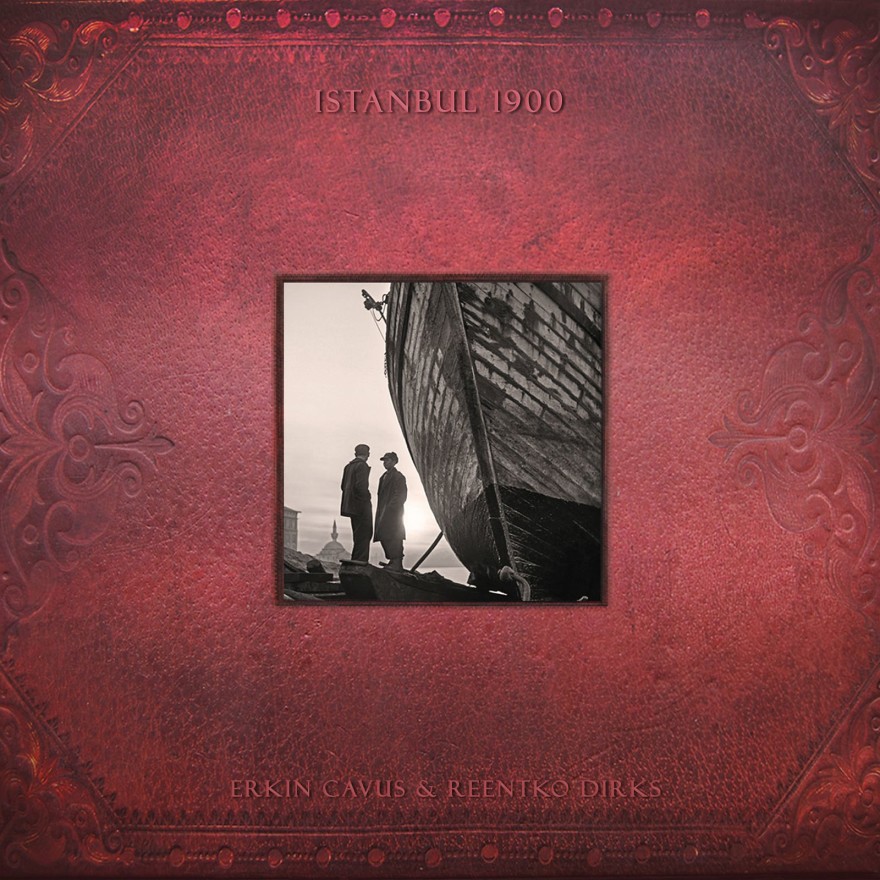 “Their music is performed with such overwhelming vehemence that the listener is swept away and moved to tears.” (Dresdner Neueste Nachrichten)

To many, Istanbul represents a place of longing, a place surrounded by myths and traditions, while others consider it a symbol for economic progress. Since the Gezi Park protests in 2013, Western Europe sees more in the picturesque metropolis by the Bosporus than just the Hagia Sofia and other cultural monuments. Social developments are also noticed. Guitarist Erkin Cavus spent many years of his life in the gigantic, crowded and often hectic city. He made his career there and played alongside famous artists before he moved to Germany about four years ago.

Now Cavus, together with Reentko Dirks, presents a musical monument for the historic Istanbul. It is inspired by pictures of the famous photographer Ara Güler (1928-2018), who was a sensitive and detail-loving observer and became the chronicler of life in his hometown. His photographs of the meanwhile faded, partly irrecoverably destroyed Istanbul and its once highly diverse neighborhoods have been in museums for a long time. “What he achieved visually, we want to realize musically: to capture and preserve a world that no longer exists, but whose echoes are still noticeable,” Reentko Dirks explains. The outcome is suggestive snapshots, played with finesse and nuance. The duo deliberately concentrates on mostly quiet sounds, which associate the comparatively slow life back then. The calm soundscape also constitutes a statement about the present. It contrasts today’s omnipresent noise, whether in traffic or daily language. Thus, there is also a political stance resonating in the music that finds its continuation in the booklet: Istanbul 1900 is dedicated to 150,000 traditional merchants, artists and workers that lost their jobs in 2020.

The album’s cover and booklet show photos by Ara Güler and furthermore provide short notes on individual pieces, pointing out the places and scenes they allude to. Anyone who has ever watched the patient fishermen at the Galata harbor might delve even more deeply into the atmospheric music than those whose imagination and desire to travel is sparked by Cavus and Dirks. It is striking that the two sensitive and highly skilled guitarists only hint at the typical stylistic elements of the Orient, but do not put them in the spotlight. Neither do they show off with fast technique. Although many tracks are based on odd meters, such as “Galata Liman” and “Sokak Arasi” (both 9/8) or “Pera” (17/8), the complex meters are hardly noticeable within the gentle flow of the music – at least not on first listening. The same is true for quarter tones. Erkin Cavus is known for his virtuosity on the fretless guitar neck, which allows him to play microtones, much like on the lute-like oud. Of course, there are such quarter tones on Istanbul 1900, but they alone are not style-defining. The duo’s creative will extends much further and reflects the different personal backgrounds of the two musicians.

“Back then, the kids were asked in fifth grade what instrument they wanted to learn,” Erkin Cavus explains how he started taking guitar lessons. Born in Bulgaria in 1977, the move of his parents, who are of Turkish descent, brought him to Istanbul in 1989. “Musically, I was rather West-oriented from the start. As a child, I learned piano for three or four years, but already then I appreciated the sound of the guitar,” Cavus says. He enriched his musical education, which focused on Western classical music, with activities in various bands. In 1996 Cavus began to develop his technique on the fretless neck and had his first custom guitar built. He was inspired by Erkan Ogur, who Cavus says, pioneered this new playing technique. “Among guitarists who were into quarter and micro tones, this was a huge deal,” Cavus recalls. In the early 2000s, the plan to pursue master class studies in Germany grew in him. He started in Weimar and then switched to Dresden because the university there offered a multi-stylistic program for guitar. It was precisely this that had also attracted Reentko Dirks. In 2003 the two formed the duo Kalkan, and in the same year Cavus invited Erkan Ogur to Dresden for concerts. Later Kalkan celebrated their first successes: the duo won the special prize at the international guitar competition in Osnabrück, released the album Planet Kalkan and wrote a film score. In 2005 Cavus had to return to Istanbul. In the following years he regularly played with Ogur, but also in the band of the Turkish pop star Ferhat Göcer.

Meanwhile, Reentko Dirks (*1979) made his career in Germany. He developed individual playing techniques on the guitar, intensively studied flamenco and Arabic music and lived in Jerusalem for half a year. For his album Sounds For The Silver Screen he worked with the composer Richard Horowitz for some part, the following album Le Cirque was nominated for the Deutscher Schallplattenpreis [German Record Prize] in 2013. In the meantime, Dirks played with international grandmasters (Yo-Yo Ma, Giora Feidman) and German pop stars (Ben Becker, Bosse, Max Mutzke). The CD Carmen with Ksenija Sidorova, co-arranged and recorded by Dirks, received the Echo Klassik in 2017. Since 2019, he is a permanent member of the quartet Masaa, whose poetic songs shift between Arabic melodicism and jazz and are widely praised.

In 2017, in the wake of the developments in Turkey, Erkin Cavus moved to Dresden with his wife and two children, this time for good. “We got together and, despite the long break, we were able to pick up right where we had left off in earlier times,” Cavus recounts with audible enthusiasm. “Of course, we had visited each other occasionally in between and had also given a few unrehearsed concerts,” Dirks describes the ongoing intuitive understanding, which he calls “blind trust.” Apart from the musical side, it also results from the friendly, almost family-like closeness and the clear division of roles amongst each other: Cavus usually takes the melody lead and Dirks the rhythmic and percussive parts.

The duo deliberately took their time developing the repertoire for Istanbul 1900. The strongest compositional “flow” came about in the weeks leading up to the studio date. The individual form of the pieces, which intentionally avoids concrete jazz or traditional references, “arose unplanned,” Dirks says, and Cavus seconds: “A direct reference to Maqam aesthetics would have entailed that we both play in quarter tones. With the integration of harmonic aspects however, it inevitably goes directly into a western direction.”

And finally, the recording location also left its mark. “The Waldhaus Studio [Forest-House Studio] is literally in the middle of nature and is a wonderful little haven. Away from traffic and internet, we were able to quickly immerse ourselves in the old time and focus completely. Probably this atmosphere made the album even more impressionistic,” Reentko Dirks states. This may also explain the remarkable clarity of the recording, which made any later editing obsolete. Two recording days and one to three takes per piece were sufficient. 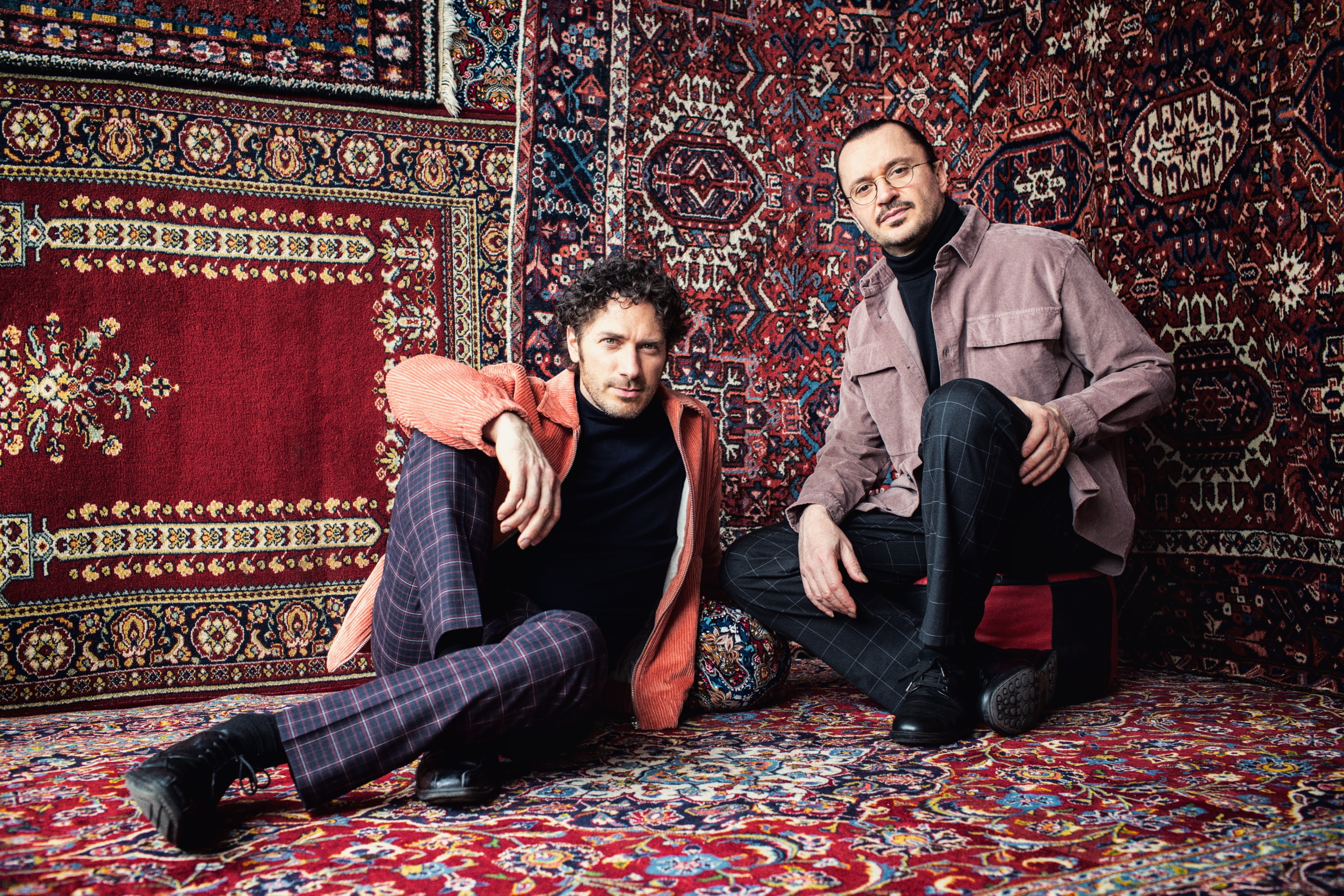 Istanbul 1900 is an atmospheric homage that sounds contemplative at times, at others suggests delicate lightness. Given the topic of impermanence and the fact that Erkin Cavus had to bid farewell to his hometown not entirely voluntarily, a touch of melancholy is certainly no surprise. Nevertheless, the two musicians avoid any dramatic pathos. In keeping with the spirit of Ara Güler’s black-and-white photographs, their sound draws fine shadings. Even in “Moda”, where they vibrantly illustrate the nightlife of the metropolitan bohemians, or in ”Pera”, where they capture the dynamics of street cafés and bars after work. All in all, Istanbul 1900 unfolds a very unique, subtle magic one rarely experiences in such quality. Very much like the city, which connects two worlds at the meeting point of the Orient and the Occident.