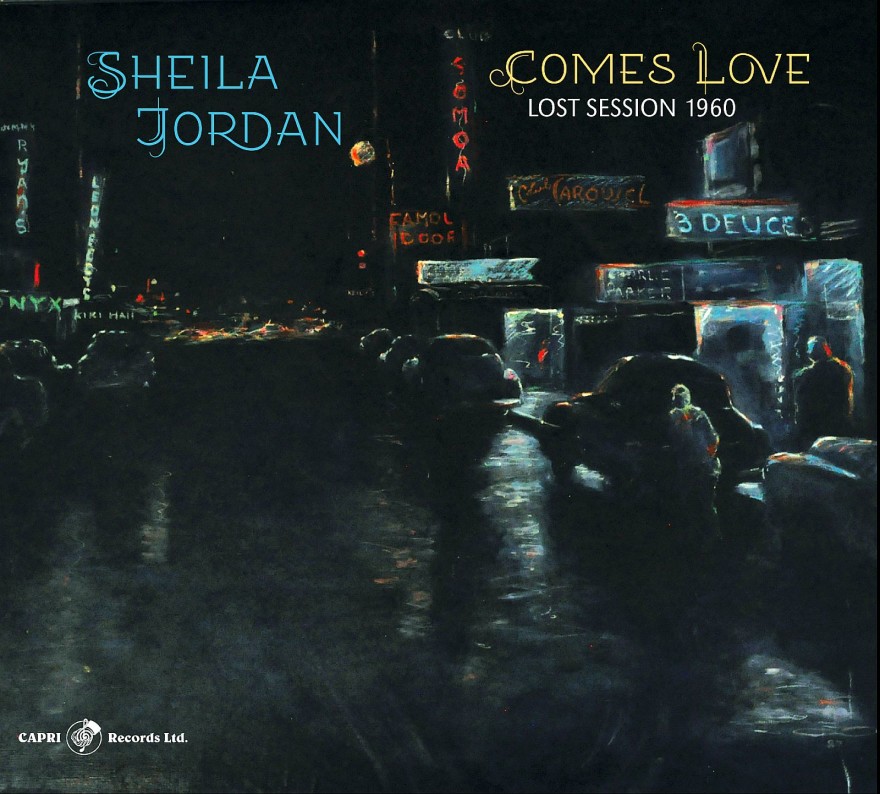 “Cheeky, importunate and canny, [Sheila] Jordan’s voice is one of the great standard-bearing instruments of midcentury jazz… she still has that mix of sagacity and ingenuous charm that endeared her to discerning listeners in the 1960s.”
– Giovanni Russonello, The New York Times
“Sheila Jordan is a one-of-a-kind artist who possesses the power to captivate audiences, inviting all to join her on a magical mystery tour of jazz history.” – Roseanna Vitro, JazzTimes

Capri Records releases a never-before-heard 1960 recording by legendary vocalist and NEA Jazz Master Sheila Jordan. At the age of 92 and still going strong, singer-songwriter Sheila Jordan has been one of the most revered and utterly unique voices in jazz for decades. Beginning with her debut album, 1963’s Portrait of Sheila on Blue Note Records, she pioneered a bebop-inflected approach to singing accompanied only by solo bass (in that case, a duet with Steve Swallow on one of her signature tunes, Bobby Timmons’ “Dat Dere”). Following the release of that album, however, Jordan retreated from the scene to concentrate on raising her daughter, working as a typist for the next two decades and not recording as a leader again for more than a dozen years. 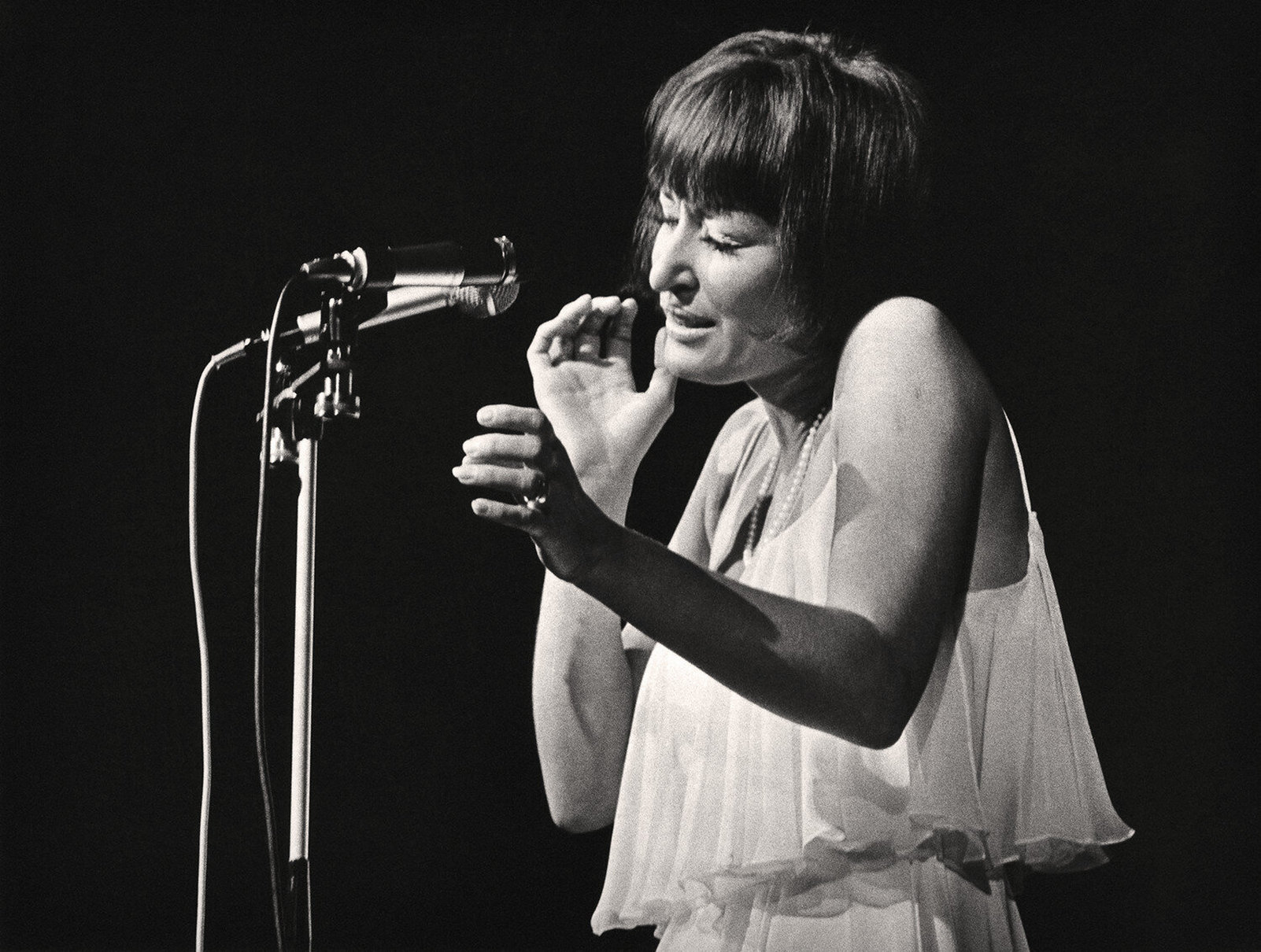 The never-before-released Comes Love: Lost Session 1960 thus adds a crucial new chapter to Jordan’s remarkable story. Recorded on June 10, 1960 at New York’s Olmsted Sound Studios for the little-known Chatam Records, the recently discovered studio date presents the singer in nascent but instantly recognizable form on a set of standards. Due for release by Colorado-based Capri Records on September 17, 2021, the album is otherwise shrouded in mystery: Jordan has no recollection of the date or the names of her accompanists, a nonetheless deftly attuned trio.

The music that comprises Comes Love was unearthed by record dealers Jeremy Sloan and Hadley Kenslow of Albuquerque’s SloLow Records, who purchased it among a large collection of acetates several years ago. Knowing of Capri Records owner Tom Burns’ acquaintance with Jordan, they forwarded the surprise discovery to the Capri founder.

The 1960 recording predates Portrait of Sheila by more than two years, making it the earliest representation we have of the singer at the dawn of her storied career. At the time Jordan was working regularly at the Page Three Club in Greenwich Village, often with pianists John Knapp or Herbie Nichols, bassists Steve Swallow or Gene Perlman, and drummer Ziggy Willman. It’s possible that some of these musicians can be heard on Comes Love, though there’s no way of knowing for certain at this point.

“Whoever is playing on it is really good,” attests Burns. “The group seems to have an empathic relationship with her; I don’t think it was just some pick-up band. But while it’s troublesome that I can’t distinguish the musicians, I really thought this was a recording that should be out there because there’s so much good music on it.”

Even without the identifying label on the acetate (and the haunting headshot of the singer that accompanied it, also included in the album packaging), the voice inside is unmistakably that of Sheila Jordan. Her mature style is not yet fully formed, but the jaunty scat that opens Duke Ellington’s classic “It Don’t Mean a Thing (If It Ain’t Got That Swing),” the playful, sassy flexibility of her time feel on the Gershwins’ “They Can’t Take That Away From Me,” or the wry world-weariness that imbues Rodgers and Hart’s “Glad To Be Unhappy” reflect qualities that would remain and deepen over the next sixty years.

“My first reaction was, ‘Wow, does she sound young!’” recalls Burns of his initial impression of the music – a reaction that he reports was shared by Jordan upon hearing the session. “Even though it’s only a couple of years before Portrait of Sheila, she’d obviously developed more as a singer by then. But the way she dealt with a session of standards [at that stage in her career] impressed me. Most of the tunes aren’t your typical songs – there are a couple of well-known tunes, but most of them are kind of obscure even for that time.”

The album opens with James Shelton’s wistful “I’m the Girl,” which Sarah Vaughan had recorded four years earlier on Sassy, though Jordan’s rendition emphasizes a naïve melodrama shared by “When the World Was Young,” perhaps the clearest indication that this is such an early effort. The winsome opening verse of “Sleeping Bee” takes on a sprightly tone also present on a brisk “I’ll Take Romance.” A stark “Ballad of the Sad Young Men” is followed by a brassy take on the title tune and a sultry version of Billie Holiday’s “Don’t Explain” that reflects the iconic singer’s influence.

“She’s bending notes and singing the way a horn would play,” Burns points out. “[Jordan is] really trying different things out on this session. It’s an interesting look into her evolution as a performer.” 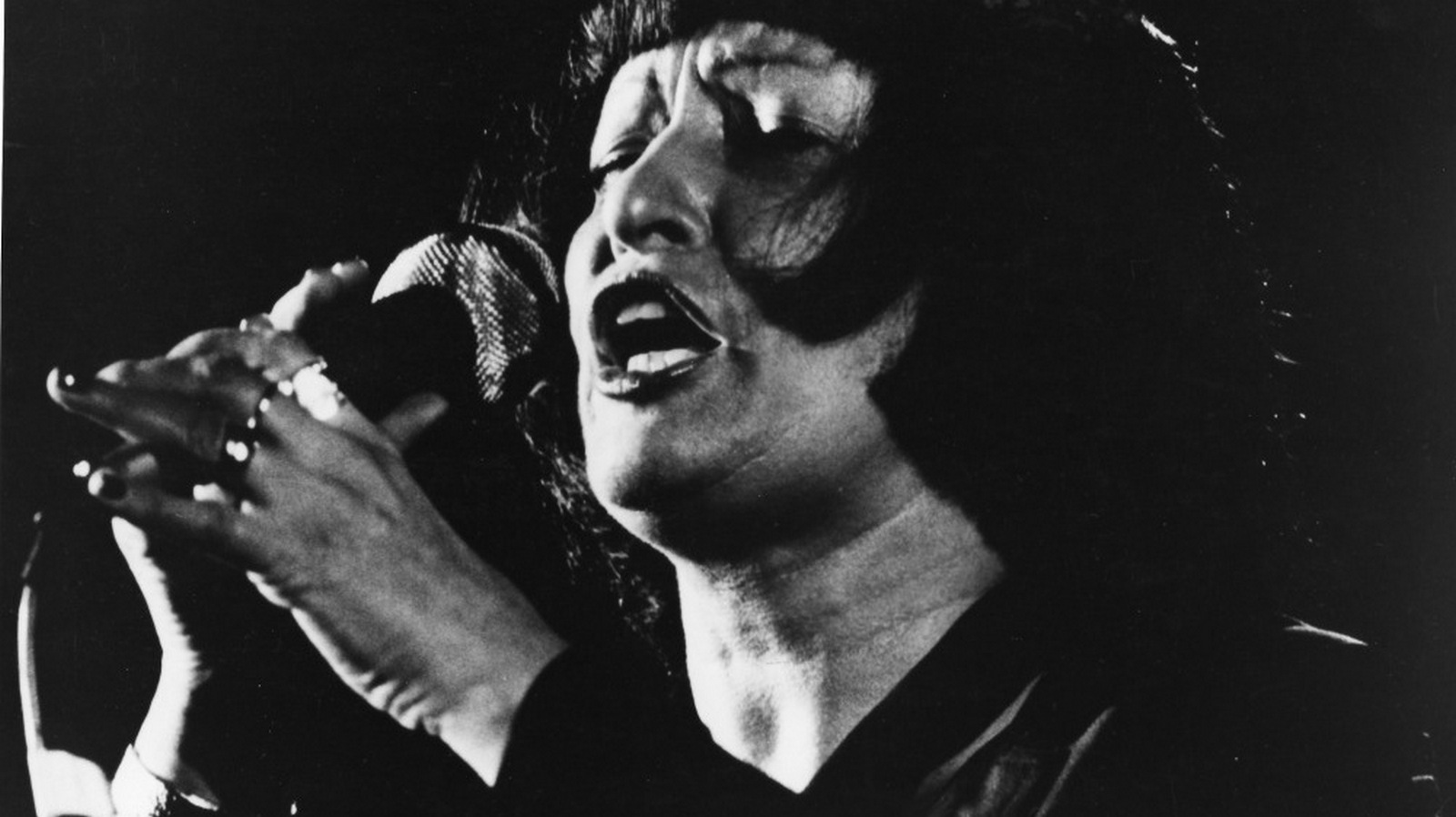 One of the most distinctive and creative of all jazz singers, NEA Jazz Master and self-described “Jazz Child” Sheila Jordan is one of those rare vocalists whose voice can be regarded among the great instruments of the music. Raised in poverty in Pennsylvania’s coal-mining country, Jordan began singing as a child and by the time she was in her early teens was working semi-professionally in Detroit clubs. Most of her influences have been instrumentalists rather than singers, the greatest being Charlie Parker. After moving to New York in the early 50s, she married Parker’s pianist, Duke Jordan, and studied with Lennie Tristano. She didn’t begin recording until the early 60s, then faded from view for two decades as she stepped back from her career to raise her daughter. Since her return to recording in the late 1970s she has remained one of the most acclaimed and beloved vocalists in jazz, pioneering a duo approach with solo bass and enjoying longstanding collaborations with the likes of Cameron Brown, Harvie S and Steve Kuhn and recording with the likes of Carla Bley, Roswell Rudd, Mark Murphy, Arild Andersen and George Russell.