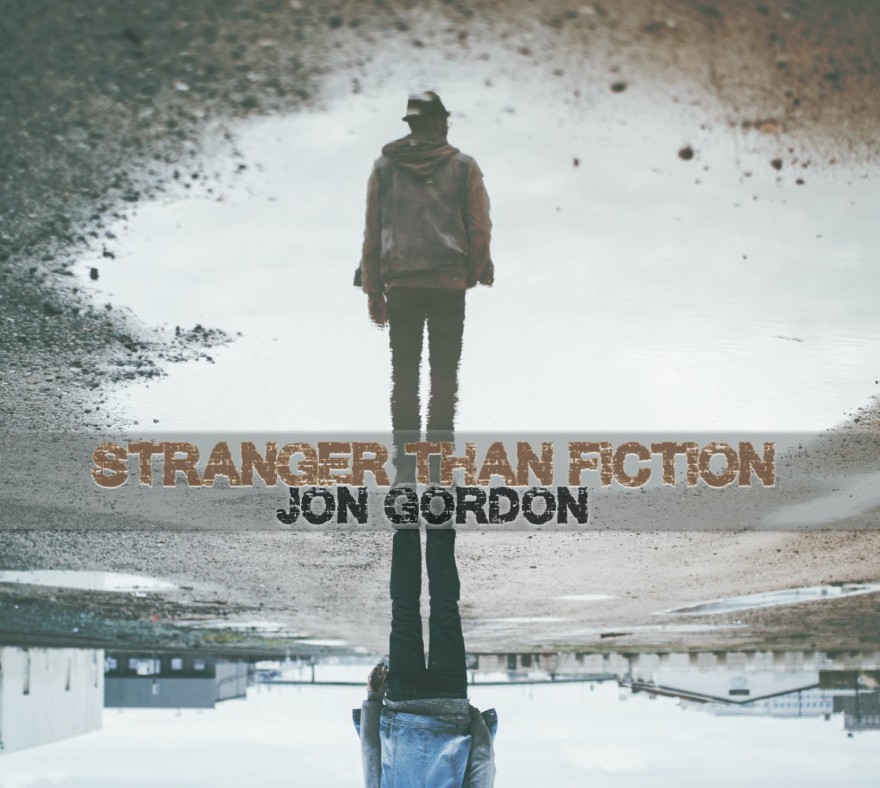 “ Jon Gordon is a master. His compositions, improvisation, tone, and technical virtuosity set him apart as an elite musician for our time.” – Brandon Bernstein, Jazz Improv NY

“Gordon has embraced the history of his instrument, carrying with it the ability to extend music as a universal language.” – Wayne Shorter

Truth has become a bizarrely contentious issue in this divisive era of fake news and alternative facts. Still, as alto saxophonist and composer Jon Gordon points out on his latest album, one oft-repeated maxim may be more true now than ever: that truth itself is indeed Stranger Than Fiction. Over the course of ten original compositions arranged for a stellar nonet, Gordon explores the warped modern existence that we’ve all grappled with during the past several months and years.The music on Stranger Than Fiction reflects Gordon’s realization that reality takes twists and turns far more unpredictable than any author would dare write. In both his personal and professional life as well as the topsy-turvy world of politics, the composer has been forced to pinch himself repeatedly to confirm that what he was living was cold, hard truth rather than some strange dream (or, quite often, nightmare).

Fortunately that awareness has resulted in a great deal of stunning new music, brought to very real life by a top-notch band of peers and former students and fellow faculty from the University of Manitoba, where Gordon has taught for nearly a decade. On Stranger Than Fiction he’s joined by trumpeter Derrick Gardner, trombonist and arranger Alan Ferber, saxophonists Reginald Lewis and Tristan Martinuson, bass clarinetists John Ellis and Anna Blackmore, guitarist and vocalist Jocelyn Gould, guitarist Larry Roy, pianists Orrin Evans and Will Bonness, bassist Julian Bradford and drummer Fabio Ragnelli.

“Around 2000, I began to be aware that things were not as I’d hoped in our country“, Gordon said. “For all the troubles of our past, I had hope that the country was headed in a better direction. But I became disillusioned and angered by so many people seeming to cede to a kind of non-reality. And in the last few years that’s only gotten more apparent.”

The album’s title track was written at the time of that initial revelation, though like the reality it reflects has only grown in scale and complexity with Alan Ferber’s nonet arrangement. The trombonist, who served as assistant producer for the project, also contributed the bold arrangement for “Havens,” which Gordon originally recorded in quintet form on 2008’s Within Worlds. Gordon himself arranged the remainder of the pieces.

“Pointillism” opens the album with gradually accruing fragments of sound from the horns, which finally give way to a tense duel between Gordon and drummer Ragnelli as the ensemble surges behind them. “Havens” settles into a taut groove that belies the fact that the band did not record together thanks to geography and the pandemic. Gordon recorded initially with the core quintet, then added horns and guests who recorded in their own homes. The inquisitive title track follows, leading into the deceptively simple, graceful “Dance.” Referring to a wandering mendicant in the Hindu tradition, the brief, through-composed “Sunyasin” reflects the temptation of renouncing the trappings of modern life while realizing the challenges it presents. Jocelyn Gould, a former student of Gordon’s who won this year’s Juno (Canadian Grammy) for “Jazz Album of the Year,” adds an air of enticing mystery with her wordless vocals.

“Counterpoint” is a self-explanatory title for the tune’s intricately interwoven lines and harmonies, while “Bella” sways alluringly, with one of a pair of guest appearances by pianist Orrin Evans. The massed horns of “Modality” allow a ray of hope to peek through the clouds, leading into the stunning fanfare of “Steps.” The album ends with “Waking Dream,” a summation of the surreal experience that attempts to shake the listener out of their somnambulant reverie and, hopefully, into some kind of constructive action.

While recording with a larger ensemble has been a long-held desire, the impetus for Stranger Than Fiction came with a series of Leonard Bernstein concerts which Gordon was involved in for the composer’s 2018 centennial. He found one famous Bernstein quote continuing to resonate with him: “This will be our reply to violence: to make music more intensely, more beautifully, more devotedly than ever before.” Gordon’s first response to that call to aesthetic arms was 2019’s quartet outing Answer, which pushed towards beauty; on Stranger Than Fiction he aimed for something even more lush but also more urgent and confrontational.

“I feel like we’re in a crisis on many levels,” he says. “And the only way you deal with these crises – the bullying and lies and authoritarian denial of reality – is by calling it out.”

Gordon comes to this with first-hand experience, as he documented in his 2012 memoir, For Sue. “I grew up in an alcoholic family,” he recalls. “When you’re dealing with an alcoholic or an addict, sometimes they’ll look at you and say one thing, then 30 seconds later they’ll turn around say the polar opposite. You’re trying to argue with somebody that’s not in reality. I feel like we’re dealing with that as a country and a planet, and it causes the same kind of pain in a family relationship, in a community, in a society and in the world.” 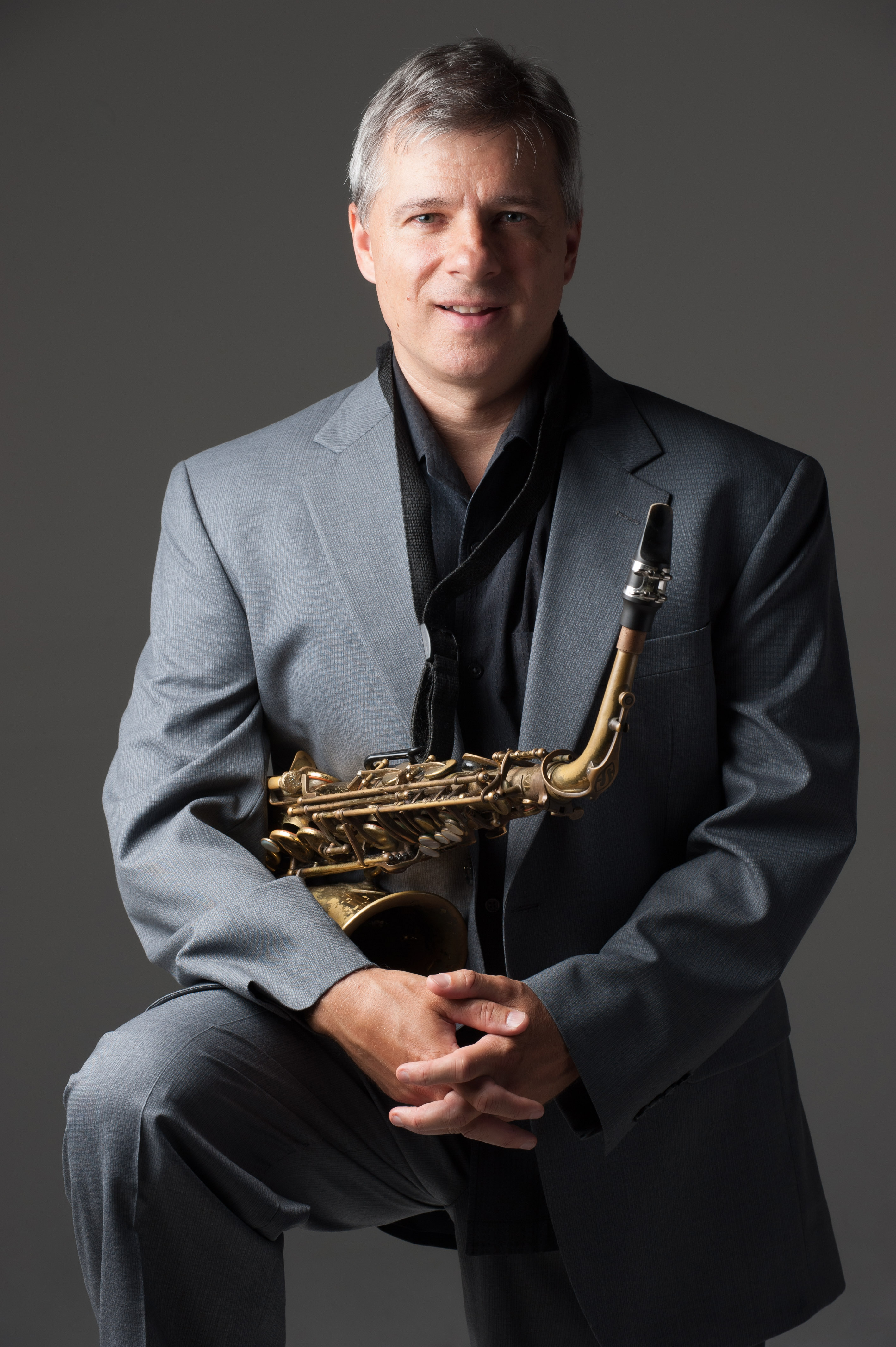 A native New Yorker, saxophonist and composer Jon Gordon was born into a musical family and began playing at age ten. Classically trained, Gordon’s love for jazz was sparked when a friend played him a Phil Woods record. He began lessons with the legendary altoist while sitting in regularly with saxophonist Eddie Chamblee at Sweet Basil. Since attending Manhattan School of Music, Gordon has worked with the likes of Maria Schneider, Ron McClure, Clark Terry, Benny Carter, Phil Woods, T.S. Monk, Bill Mays, the Vanguard Orchestra, Bill Charlap, Ray Barretto, Mark Turner, George Colligan, Chico Hamilton, Jimmy Cobb, Ben Riley, Harry Connick Jr., Bob Mintzer, Bill Mobley, and the N.Y. Pops Orchestra, among many others. In November of 1996, he won the Thelonious Monk International Jazz Saxophone Competition, judged by Wayne Shorter, Jackie McLean, Joe Lovano, Jimmy Heath and Joshua Redman. He has released more than a dozen albums under his own name and is the author of three acclaimed books.