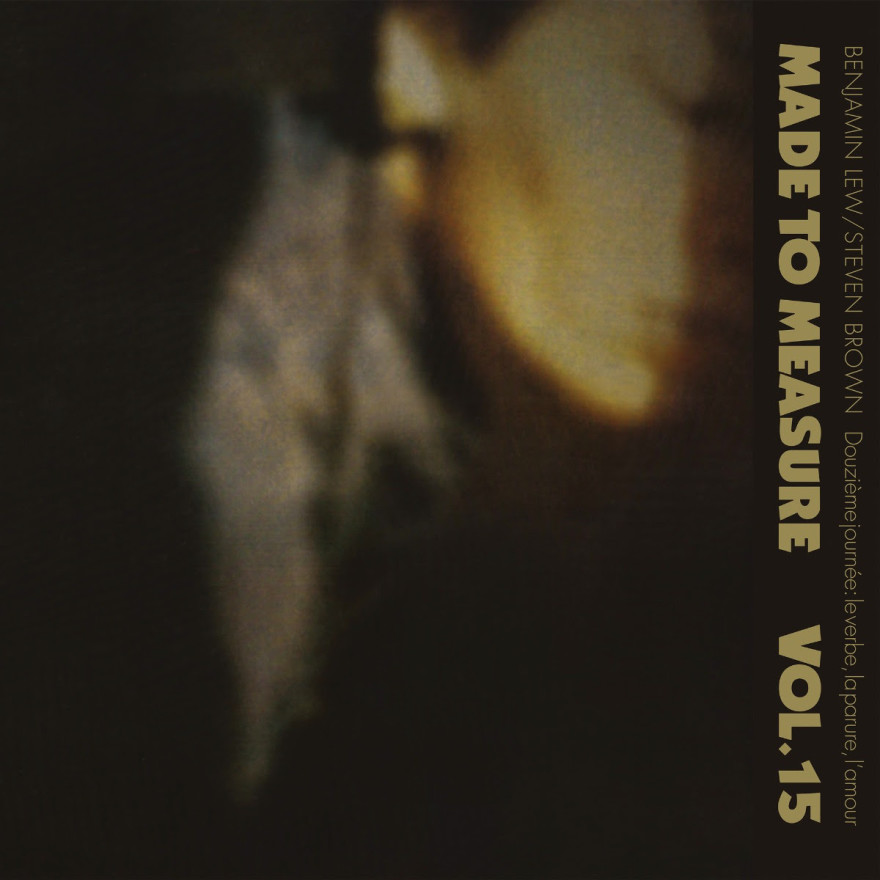 Crammed Disc  comes out with release of the remastered version of Benjamin Lew & Steven Brown‘s album DOUZIÈME JOURNÉE: LE VERBE, LA PARURE, L’AMOUR (1982) on LP / CD / DL, the Volume 15 of the famous and timeless iconic Made TO Measure series of the recordings. Considered one of the key releases in Crammed Discs’ Made To Measure composer series, this album was recorded and first released in 1982 before the labels decision to devote a specific collection to instrumental/ambient/experimental music.  The album was incorporated in the MTM series in 1988.

A much-told story by now, the chance encounter between Benjamin Lew and Steven Brown in the ebullient creative nexus that was Brussels in the early 1980s led to one of these discreet but unforgettable minor miracles which take place sometimes, i.e. this very album.

A visual artist, photographer and writer, Benjamin Lew was working part-time as a cocktail mixer at La Papaye Tropicale, a bar in down- town Brussels, one of the favourite meeting points for the city’s artistic community in the early ’80s. Revered US band Tuxedomoon had just moved from San Francisco to Brussels, and their vocalist, keyboardist and sax player Steven Brown was among the many musicians, designers & artists who came to hang out at the bar. Benjamin had a secret passion: he wasn’t a musician, but had acquired a small analog computer, with which he had started making these strange mysterious pieces, and was also fond of sound collages.

“I knew Benjamin through a common friend, Bernard Beauduin” says (Crammed Discs/Aksak Maboul founder) Marc Hollander. “He and Benjamin had conceived and published together an incredible, one-issue experimental magazine titled Fossile, a colourful, wild affair including lots of texts, cut-ups, graphics, and a flexidisc with sounds made by Benjamin. Bernard Beauduin was a very gifted graphic designer, he’s the one who invented the Crammed logo and designed our first few record sleeves and posters (he sadly died in a car crash in Senegal, a few years later). I had also recently met Steven Brown, after being indirectly in touch with Tuxedomoon through their former label, the Residents’ Ralph Records, as I helped distribute their albums in Belgium, in the early, pre-Crammed days.“

Benjamin says: “Marc liked the music on my flexidisc, and lent me an 8-track reel-to-reel tape recorder, so I could record some music for a 7” , to be released on Crammed. One day, my boss at the Papaye asked me to prepare a big bowl of punch, as Steven Brown was coming to celebrate his birthday at the bar. That’s how we got acquainted. I played him my tracks, he liked them and said he’d be up for recording with me. We then spoke to Marc about this, and the 7” project was ditched right away in favour of launching into a full album.”

As Steven Brown recalls: Creating an album in the studio, with Benjamin’s synth pieces as a starting point, sounded like an exciting adventure, and we decided to join forces with Gilles Martin, who was Tuxedomoon’s recording engineer at the time, and worked on all their Brussels albums throughout the ’80s”,

says Marc. “We booked time at a small studio called Little Big One, sometime in 1982, and off we went. On some of Benjamin’s pieces, Steven and Benjamin created and performed arrangements right there in the studio. Two tracks were created practically from scratch, by the four of us (using synths, percussion, piano, radio sounds and a variety of treatments and dub effects). We felt that the final two tracks on the album needed no additions, only mixing. The whole process was a lot of fun, we found that the four of us worked great together in the studio, and it was fantastic to see the music really take shape right there in the studio….

…. For me, Douzième Journée is aesthetically and emotionally connected with two other great albums we recorded during that period: Zazou Bikaye’s Noir et Blanc, and Desert Equations by Sussan Deyhim/Richard Horowitz. Though they’re different beasts, each with its individual story and colours, I do feel common threads: the mysterious atmospheres, the organic, often indiscernible blend of acoustic and electronic sounds, of the Western and the non-Western, of the cerebral and the sensuous. And of course the fact that each of these albums has a unique, incomparable sound and content. “ 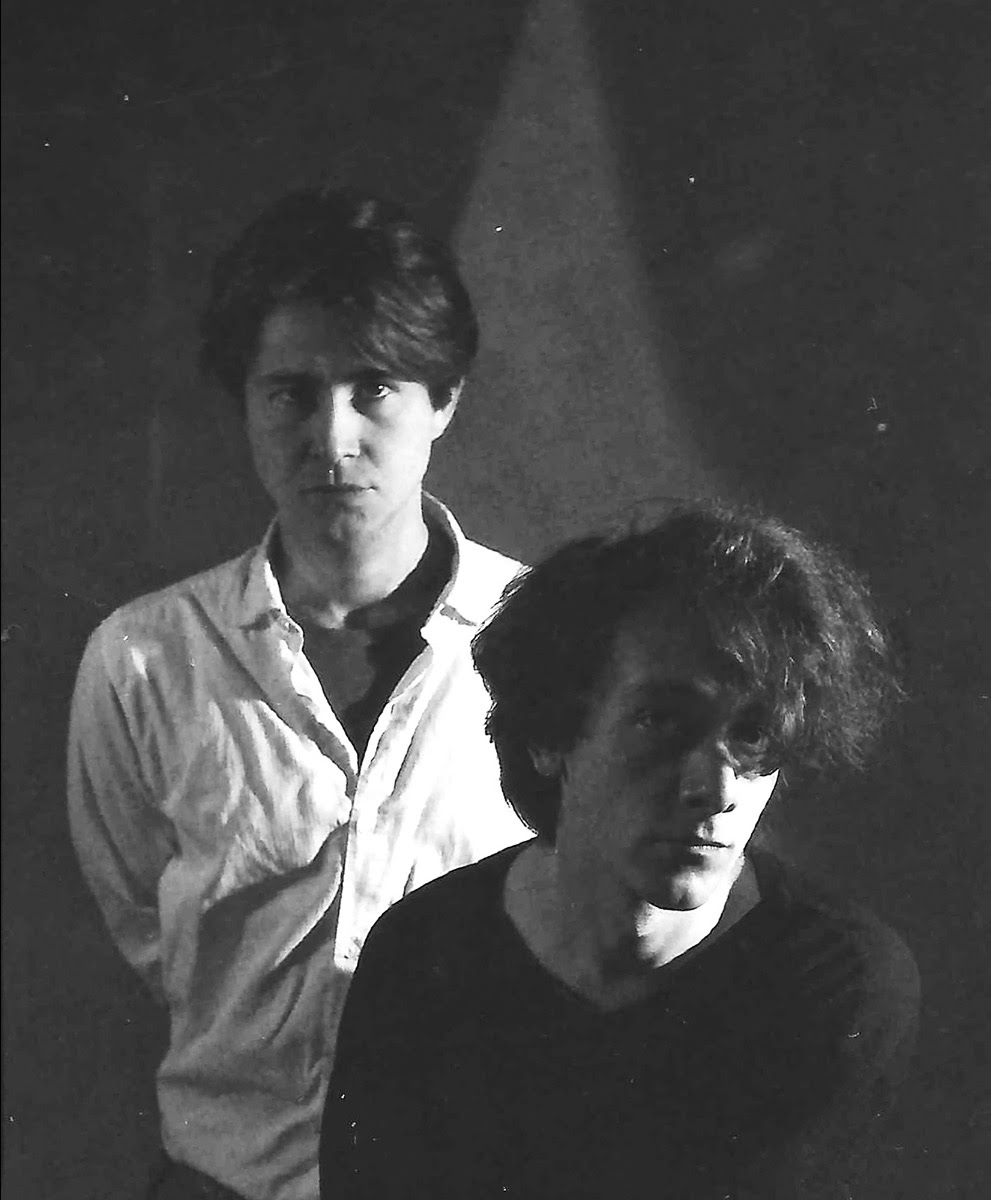 Benjamin Lew undoubtedly had a special talent for creating evocative atmospheres. His sound was purely his own, verging on the magical. When listening to his music (electronically-based yet resembling no other), you sometimes feel that you’re transported in an alien landscape, or in a sci-fi version of an African or Central Asian desert. These magical & impenetrable aspects of Benjamin’s sonic objects are reflected in the title of this album (which translates as Twelfth Day: the Word, the Adornment, The Love), a reference to anthropologist Marcel Griaule and his famous – and now sometimes questioned – studies of the Dogon people of Mali, whose cosmogony he tried to understand in the course of several journeys, in the 1930s.

The songs & the players

Like in Benjamin Lew’s other albums, the tracks’ titles seem to generate a subtext of their own, they read somewhat like an enigmatic poem:

The album’s line-up is: