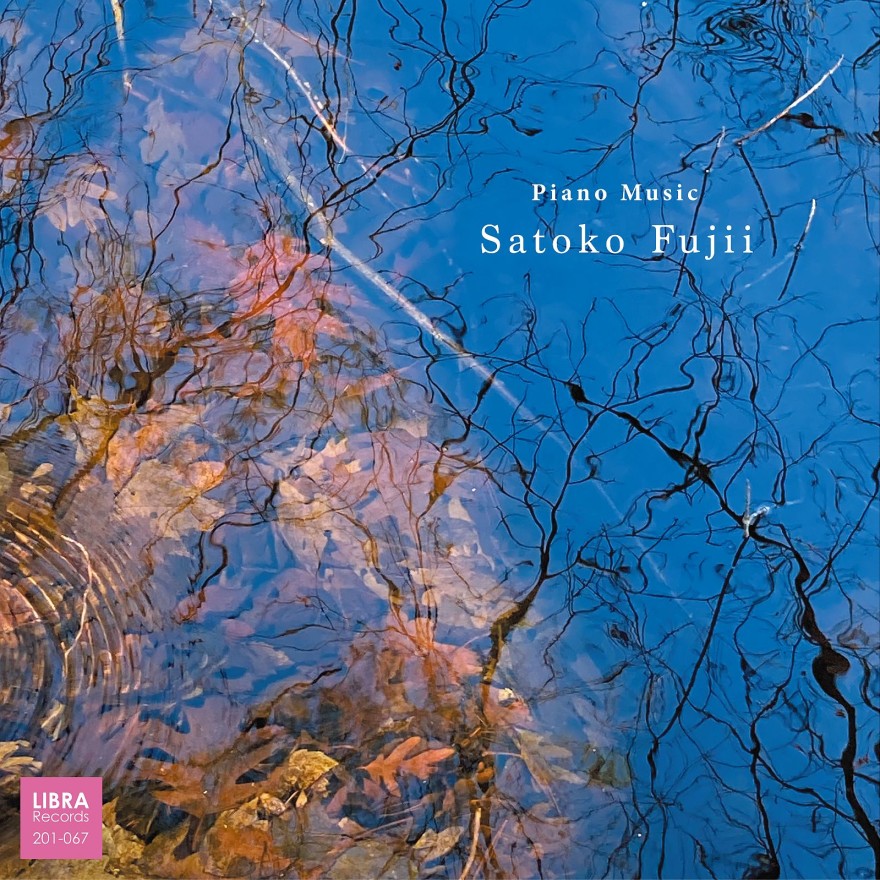 “…magical, unfamiliar sounds that can stimulate your sense of wonder and affect your emotions . . .” — Barry Witherden, Jazz Journal

“Fujii’s music troubles the divide between abstraction and realism. Plucking or scraping the strings of the piano; covering them up as she strikes the keys…. All of this amounts to abstract expressionism, in musical form. But it’s equaled by her rich sense of simplicity, sprung from the feeling that she is simply converting the riches of the world around her into music.”
—Giovanni Russonello, New York Times

Pianist-composer Satoko Fujii is often quoted as saying that she “wants to make music no one has heard before.” She more than fulfills that goal on her latest solo album, Piano Music, out September 17 via Libra Records. Using short pre-recorded snippets of her prepared piano music, she edits them together to create a patchwork quilt of unique sonorities. The results are unlike anything she has done before—two extended pieces of otherworldly piano sounds and melodies that evolve so smoothly and organically you can’t tell they’re stitched together from smaller fragments.

“I started recording in my small piano room during the pandemic and while I was editing the recordings, I got this idea,” Fujii explains. “I thought I could put together small parts to make a big work, fitting the pieces together the way I wanted to. I could make music like building with Legos. This may not be a new thing for many creators, but for me it was new because I am a very analog piano player”.

“To create my ‘Legos,’ I recorded short improvisations using one idea for each, like ‘plucking strings,’ ‘Ebow on high strings,’ ‘rubbing low strings with a big felt mallet,’ or ‘dropping chop sticks on the piano strings.’ Each was less than one or two minutes,” she continues. “The materials I recorded are all so short that without shifting them around, they don’t make any sense”.

“Then I transferred these parts into my music editing application. Putting together the small parts into a larger picture was just like improvising,” she continues. “I would play a section and most of the time without pausing, I would just drag the next part that I wanted to follow it. I could spontaneously make the longer piece in real time. I learned a lot musically with this process because I found I have a tendency to change the scene too quickly. I kept telling myself, ‘Take your time. Take your time.’”

In fact, the opening track, “Shiroku” (meaning “white” in Japanese), does take its time unfolding. Sustained drones are the sonic thread that connects sequences of tones and sounds, each one lovely and strange, like a necklace of pearls. Each richly textured note, high crinkling sound, soft wave of white noise, and rhythmic tinkling is beautiful, but the logic and order behind their occurrence remains elusive, even though you sense it is there. It’s like observing a mysterious natural process.

“Fuwarito” (which means “softly and lightly”) organizes itself around wave patterns that swell and recede rather than sustained drones, and the phrases are shorter and more rhythmic. She creates a swirling cloud of sounds with sparkling tones, woody rattles, and metallic plucks dissolving within it.

“I would like to be free in the music to do whatever I want and I made this music in a way I have never done before,” Fujii says. “Of course, I love playing piano, but I think it’s not the only way for me to make music.”

Critics and fans alike hail pianist and composer Satoko Fujii as one of the most original voices in jazz today. “Across all of Fujii’s work, contradictions come into balance; though her music is abstract and sometimes wild, each element shimmers with clarity,” writes Giovanni Russonello in his New York Times feature article. “In situations large and small, her tender attention to detail is equaled by her ability to convey enormous breadth and textural range.”  In concert and nearly 100 albums as a leader or co-leader, she synthesizes jazz, contemporary classical, avant-rock, and folk musics into an innovative style instantly recognizable as hers alone. A prolific band leader and recording artist, she celebrated her 60th birthday in 2018 by releasing one album a month from bands old and new, from solo to large ensemble. Franz A. Matzner in All About Jazz likened the twelve albums to “an ecosystem of independently thriving organisms linked by the shared soil of Fujii’s artistic heritage and shaped by the forces of her creativity.” Over the years, Fujii has led some of the most consistently creative ensembles in modern improvised music, including her trio with bassist Mark Dresser and drummer Jim Black and an electrifying avant-rock quartet featuring drummer Tatsuya Yoshida of The Ruins. Her ongoing duet project with husband Natsuki Tamura released their eighth recording, Keshin, earlier this year. “The duo’s commitment to producing new sounds based on fresh ideas is second only to their musicianship,” says Karl Ackermann in All About Jazz. As the leader of no less than five orchestras in the U.S., Germany, and Japan, Fujii has also established herself as one of the world’s leading composers for large jazz ensembles, leading Cadence magazine to call her, “the Ellington of free jazz.”