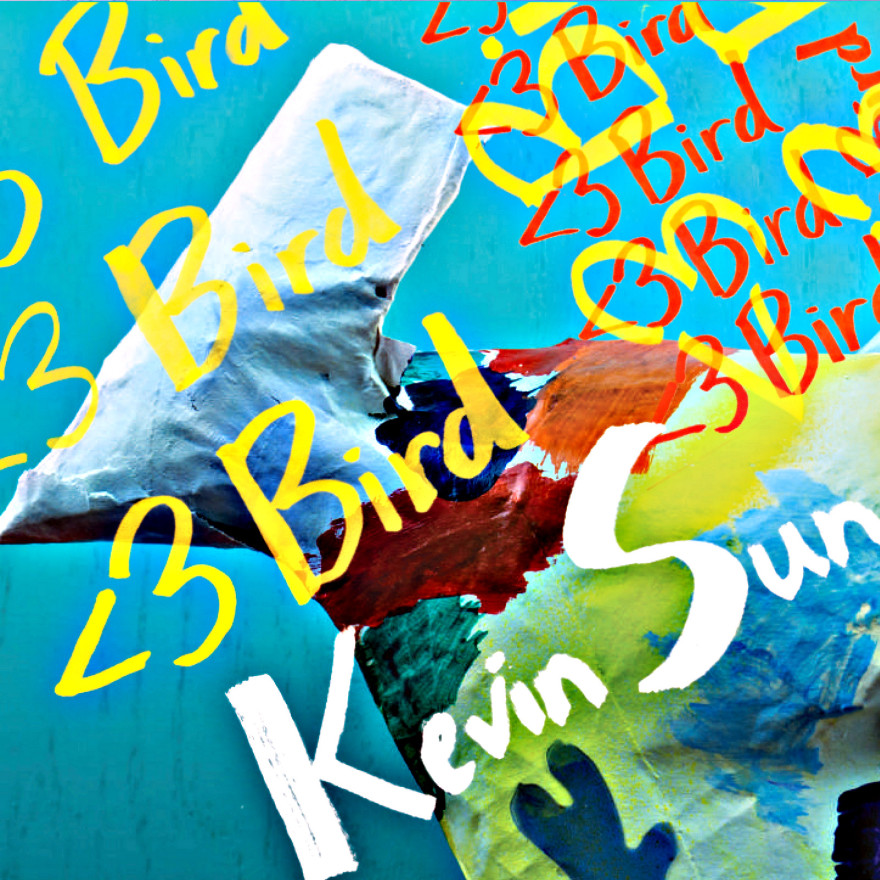 “…Sun swings for the fences with his sense of form and scale.” – Nate Chinen, WBGO

“Sun has a warmth, richness and rhythmic vitality to his playing that at times brings Lester Young or Sonny Rollins to mind.” – Troy Dostert, All About Jazz

“An outstanding recording…The album acknowledges the past, lives in the present and looks to the future… The spirit of Charlie Parker is very much alive on this one, an album that seems to bring new discoveries with every listen. Highly recommended.” – Miguel Zenón, saxophonist/composer

Kevin Sun‘s visionary, radical re-imagining of the music of Charlie Parker for a new century. The  ‘<3 Bird’ album will be released on August 29, 2021, Parker’s 101st birthday.

All of the music on <3 Bird was conceived during the pandemic of 2020, the early months of which found Sun digging into all things Bird.

“During that time, Charlie Parker became a sort of guiding light for me when we were most isolated and afraid,” Sun recalls. “I tried to find and listen to every recording of Bird, and I found a certain comfort in his consistency and just the radiance of his sound.”

With plenty of time on his hands, Sun immersed himself in the roughly 72 hours of known Charlie Parker recordings, as well as interviews with Parker’s contemporaries, documentaries, and other historical resources.

“It was a way to de-stress and take a break from the pandemic reality—just by imagining what was happening on a given day or period in Bird’s life,” Sun says. “I could listen to him on the night of his 30th birthday, playing with a pickup band at the Rainbow Inn in New Brunswick, New Jersey, or check him out trading phrases with a tap dancer on a TV show.”

2020 marked the centennial of the saxophonist’s birth, but tributes to the great artist were limited to remote performances, events, and tribute albums. In using this extended period of time to reflect on Parker’s legacy, Sun saw inexhaustible possibilities in the saxophonist’s music.

“It’s almost like he was hiding these musical Easter eggs for us to find, long after he was gone,” Sun says. “There’s an absurdly broad range of musical references and quotations, literally hundreds, that he slips in; he’s like the James Joyce of modern jazz.”

In a nod to the blink-and-you’ll-miss-it, lightning-quick recordings from the bebop era, Sun erred on the side of brevity for <3 Bird, with half the album’s tracks clocking in under three minutes.

Trumpeter Adam O’Farrill, named among the “25 for the Future” in 2020 by DownBeat magazine, is a brilliant foil for Sun on the album’s opener, “Greenlit,” a shapeshifting take-off on Parker’s “Confirmation,” as well as on “Schaaple from the Appel,” which uses the rhythm of Scrapple from the Apple’s well-known introduction as a diving board for new directions.

Guitarist Max Light—who has come into broader recognition in recent years earning 2nd place in the 2019 Herbie Hancock Institute’s International Jazz Guitar Competition and as a collaborator with artists like Noah Preminger and Jason Palmer—joins Sun on three tracks.

“Onomatopoeia” is a burning up-tempo romp with elements of jazz classics “Be-Bop” and “Segment.” “Du Yi’s Choir,” a tongue-in-cheek homage to Parker’s “Dewey Square,” is like “Schaaple” in that it capitalizes on the rhythmic ingenuity of the original recorded introduction; it also features Sun on the Chinese sheng, a mouth organ whose history dates back 3,000 years. “Talck-overseed-nete,” the album’s closer, is an arrangement of Parker’s inscrutably titled “Klact-oveesed-tene” in 5/4 meter, a creative choice inspired by a modernistic drum figure played by Max Roach on the original recording.

Pianist Christian Li, whom Sun has played and recorded with as part of the quartet Mute, rounds out the ensemble on tracks like “Adroitness (I + II),” a slow and then fast two-part piece based on the melody and rhythm of Parker’s “Dexterity.” Li’s brooding yet dynamic pianism comes to the fore on “Dovetail,” an avant-garde take on “Yardbird Suite” and the longest track on the album, which also features the leader on both clarinet and tenor saxophone.

“One thing I discovered was that, if you speed-adjust and superimpose multiple recorded takes of Charlie Parker, the pieces somehow add together into this miraculous counterpoint,” says Sun. “It’s like he planned it out, the way he seems to answer and echo himself, and that’s where the material for ‘Dovetail’ came from.”

<3 Bird includes three 12-bar blues pieces, which were a pillar of Parker’s musical foundation coming from pre-WWII Kansas City. “Composite” features drummer Matt Honor improvising explosive figures set to four-part counterpoint, which is itself made up of fragments of Parker’s compositions “Bloomdido,” “Cheryl,” “Relaxin’ at Camarillo,” and “Big Foot.” “Sturgis” uses Parker’s recorded improvisations on “Mohawk” as the source of new counterpoint, while Sun’s arrangement of Parker’s blues “Big Foot” is rendered here as a grooving boogaloo, with hints of Eddie Harris and ’60s soul jazz.

Sun also includes two other miniatures that were composed for The Jazz Gallery’s Lockdown Sessions, a virtual music series developed by the NYC venue that invites artists to share new works in a curated panel format. Both are trio features: “Cheroot,” a free-wheeling, three-way conversation for saxophone, bass, and drums based on Parker’s “She Rote,” and “Arc’s Peel,” which refashions “Scrapple from the Apple” as a light-humored two-part invention.

Parker’s favored classic quintet format appears just once on the album, for the dazzling interpretation of the Dizzy Gillespie-Kenny Clarke crowd-pleaser “Salt Peanuts.” Sun recreated the intricate arrangement of the 1945 original, replete with interludes and send-offs, but adds a generous dash of rhythmic intrigue for good measure.

With <3 Bird, Sun proves himself a formidable contributor to the continuing legacy of Parker’s music in this new century. In doing so, he also shares his vision for future directions in jazz and even more creative work to come. 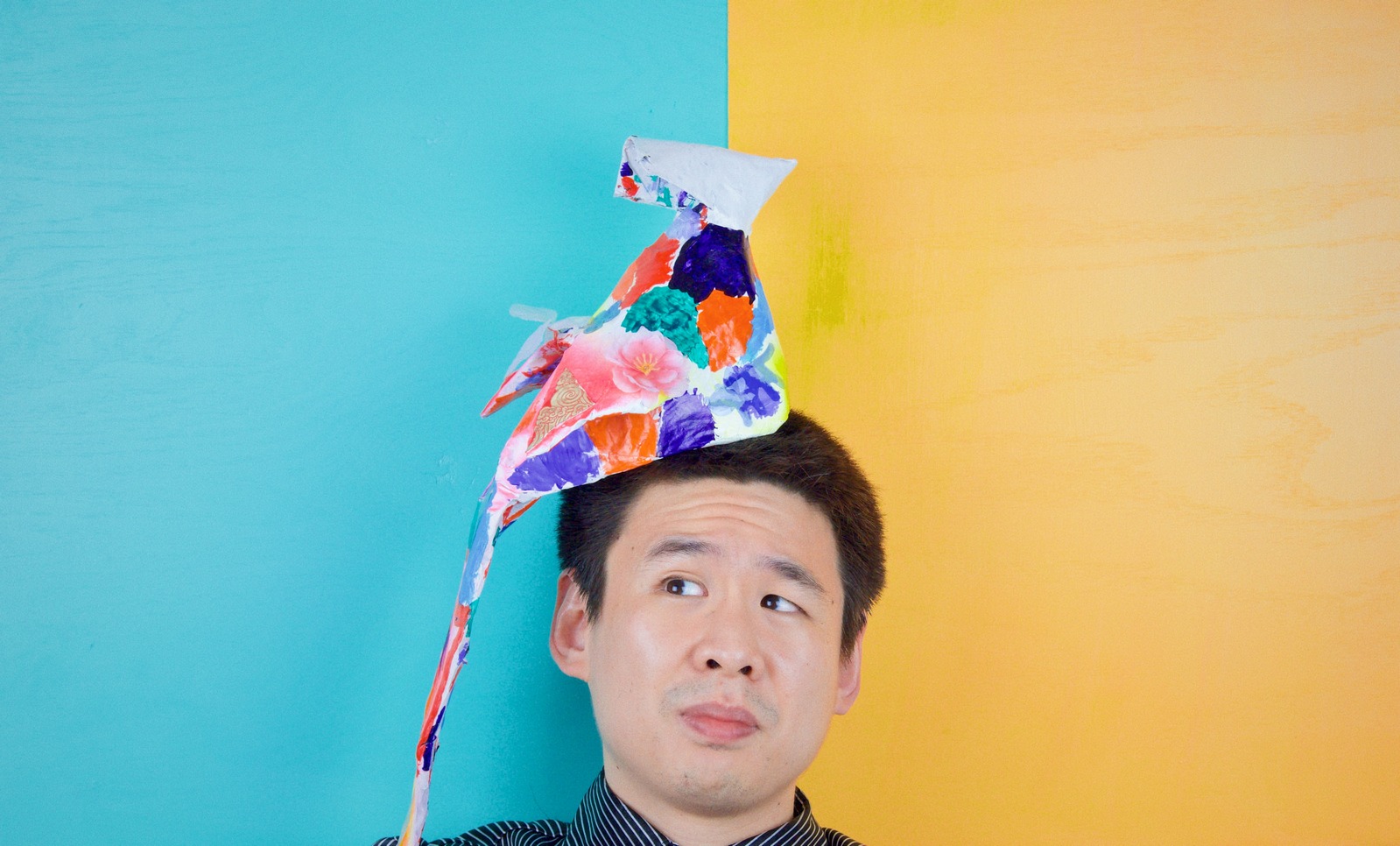 Kevin Sun is a saxophonist and composer living in New York City. His music has been called “…intense, harmonically virtuosic and compositionally complex” by DownBeat Magazine, and he has released three albums to date—most recently (Un)seaworthy in November 2020. Sun has recorded four albums with the ensembles Mute, Earprint, and Great On Paper, and he appears on recordings led by Jacob Garchik, Dana Saul, and Xiongguan Zhang. In addition to performing in the U.S., Sun has performed extensively in China and is the Artistic Director of the Blue Note China Jazz Orchestra. Most recently, Sun was named a Finalist for the 2021 Jerome Hill Foundation Artist Fellowship.