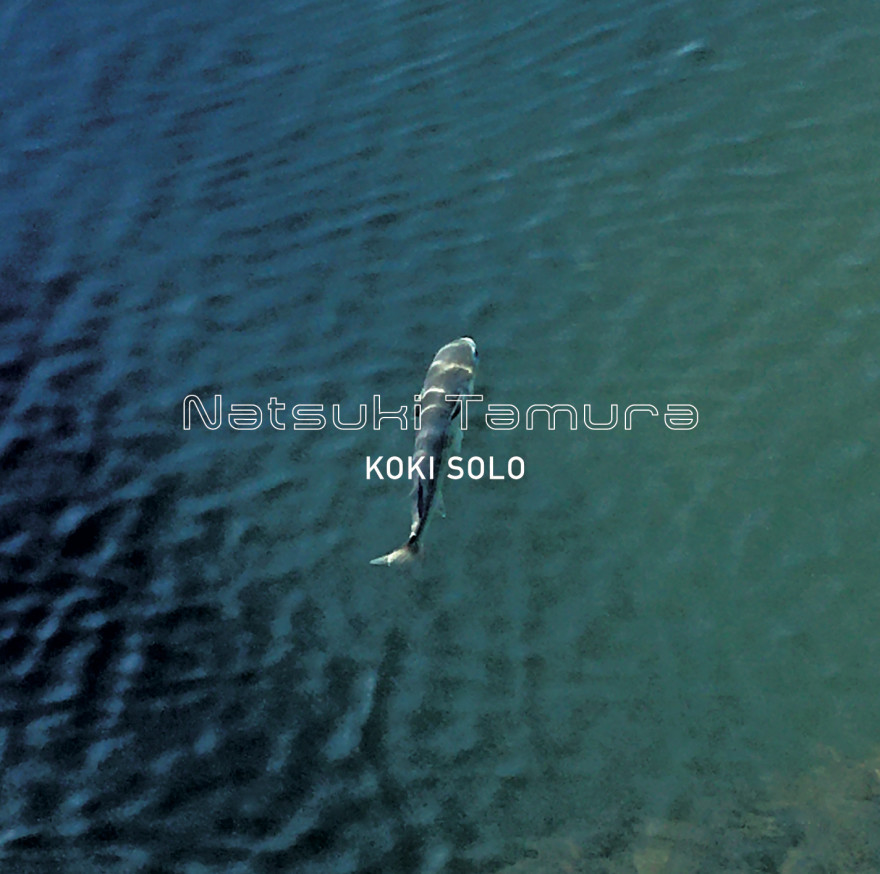 “You’ll never fit trumpeter Natsuki Tamura into any pre-fab category, he creates his own, then pulls you into them with him.”—Dan McClenaghan, All About Jazz

“Captured on disc is an artist who is technically brilliant, academically and classically trained, but as free as a sudden thunderstorm that appears out of nowhere and rains profusely onto the outdoor bandstand.  Instead of running from the storm, we sit in rapt attention, and get soaked in his jazz lyricism and daring creativity.  No one even opens an umbrella as the elephants come stampeding towards us.” – Dee Dee McNeil, Musicalmemoir’s Blog

Trumpeter-composer Natsuki Tamura has spent more than five decades doing the unexpected with a sense of adventure, good humor, and lyricism. His latest album KOKI SOLO, which gets its title from the Japanese term for one’s 70th birthday, is no exception. His fourth recorded excursion into unaccompanied music-making naturally features his dazzling trumpet technique and imagination, but he throws in a few surprises, making his recorded debut on piano and playing a percussion set up consisting of pots and pans from his kitchen. The result is quintessential Tamura—by turns whimsical, focused, lyrical, abstract, and always surprising.

“When I play, I enjoy myself first. I am even more happy if the audience enjoys it, too,” Tamura says. “I don’t analyze what I do or what I think, I just pursue my feelings. I’m just like a child.”

Indeed, a child-like sense of playfulness and curiosity seems to underlie even the most moody and serious moments of the album. Tamura pushes ideas to see what he can do with them, to see if anything unexpected crops up. He deliberately interrupts and sidetracks himself, so see if a digression turns up something new. There’s a whimsical quality to the experimenting, but there’s always a serious intent to discover and explore, to express something in a new way. During the trumpet piece,“Sekirei,” Tamura interrupts fast, rippling lines with more spacious ones. He plays melodic lines with a clear, pure tone, then with a growling, buzzy sound. Another trumpet solo, “Sagi” is an abstract sound piece that is similarly diverse. Working with a sound pallet of strangled cries, buzzes, shrieks, hisses, and raspberries, Tamura challenges himself to create new sounds.

As Tamura explains in the liner notes to the CD, as a young musician, he would play drums in a band during last set when their regular drummer had to leave early. And at one time he was practicing piano every day as he prepared for music school entrance exams. These memories prompted him to return to those instruments for this CD. However he couldn’t fit a drum kit into the room in the apartment where he recorded the disc, so he substituted a wok and some other pots and pans. “My skill on the piano and percussion is poor compared to the trumpet, Tamura says. “But after more than 50 years playing as a professional musician, I thought that I could express my own music without any technique.”

Tamura’s musical personality and intelligence comes through loud and clear on the percussion and piano tracks. On “Karugamo,” for instance, he playfully explores the sonic potential of his assembled kitchen implements, curiously examining and combining high hollow rings, repeated taps, and dry scrapes into sequences of odd, but lovely, sounds. At the piano on “Bora,” he creates a wandering rumination as he moves thoughtfully between long rambling single note lines and carefully placed chords and note clusters, and uses the sustain pedal to create color and texture.

In Japan, the 70th birthday is a milestone. The word for it, “koki,” derived from a Chinese poem written in the eighth century, when reaching the age was uncommon, is roughly translated as “rare in ancient times.”  Today, it’s not rare to reach one’s seventh decade, but Tamura still says, ” I’m surprised that I got to 70 years old.” To celebrate, he says, “I want to do only what I like to do without doing anything I don’t like.” This CD is evidence he’s doing exactly that.

Japanese trumpeter and composer Natsuki Tamura is internationally recognized for his unique musical vocabulary blending extended techniques with jazz lyricism. This unpredictable virtuoso “has some of the stark, melancholy lyricism of Miles, the bristling rage of late ’60s Freddie Hubbard and a dollop of the extended techniques of Wadada Leo Smith and Lester Bowie,” according to Mark Keresman of JazzReview.com.

Throughout his career, Tamura has led bands with radically different approaches. Peter Marsh of the BBC had this to say of the 2003 Natsuki Tamura Quartet release Hada Hada: “Imagine Don Cherry woke up one morning, found he’d joined an avant goth-rock band and was booked to score an Italian horror movie. It might be an unlikely scenario, but it goes some way to describing this magnificent sprawl of a record.”

In contrast, Tamura has focused on the intersection of European folk music and sound abstraction with Gato Libre since 2003. The band’s poetic, quietly surreal performances have been praised for their “surprisingly soft and lyrical beauty that at times borders on flat-out impressionism,” by Rick Anderson in CD Hotlist. Originally a quartet that featured Tamura with Fujii on accordion, Kazuhiko Tsumura on guitar, and Norikatsu Koreyasu on bass, after the tragic passing of the group’s original guitarist and bassist, Gato Libre morphed into its current configuration, a trio with Tamura, Fujii, and trombonist Yasuko Kaneko.

Since 1997, Tamura has recorded seven CDs with his ongoing duo with pianist (and wife) Satoko Fujii and won accolades from critics and audiences alike. In addition to their intimate duo performances, Tamura collaborates on many of Fujii’s own projects, including her big bands in New York, Tokyo, Nagoya, Kobe, and elsewhere.

Tamura has released three CDs as an unaccompanied soloist, including Dragon Nat (2014). He and Fujii are also members of Kaze, a collaborative quartet with French musicians, trumpeter Christian Pruvost and drummer Peter Orins.