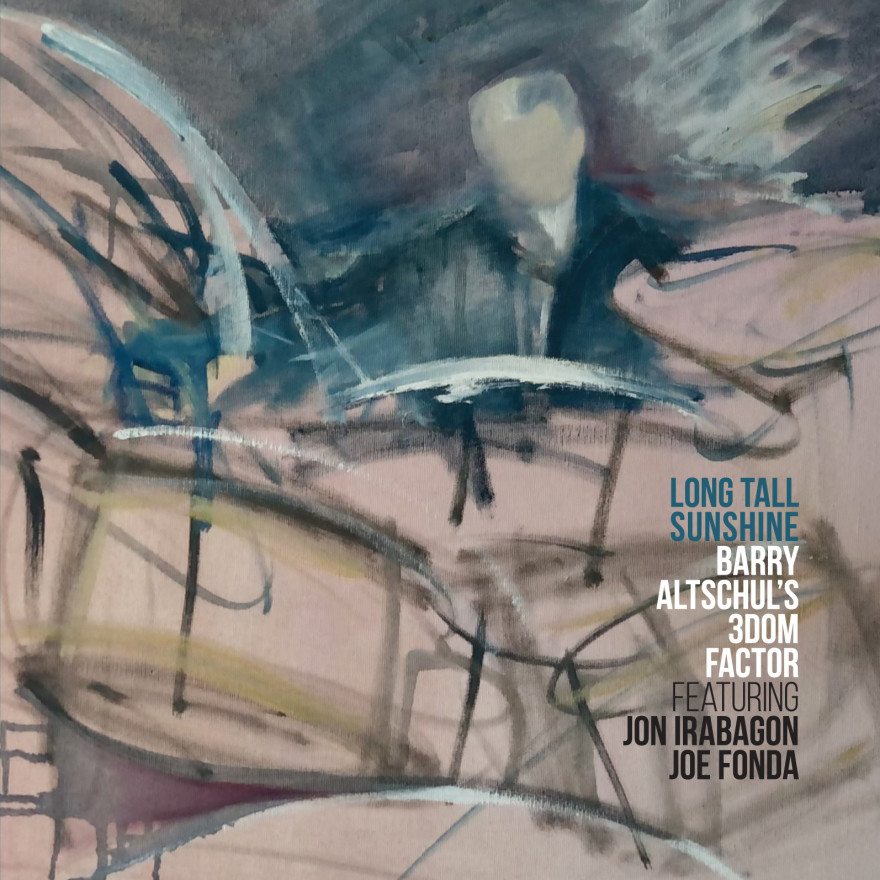 “And so this album goes: surprise after surprise…Clearly one of the most exciting jazz recordings ever made!” – Lynn Bayley, Art Music Lounge

On The Long Tall Sunshine,  Not Two, reconvenes Altschul’s adventurous group. Three, as those of us who grew up on Schoolhouse Rock will remember, truly is a magic number. It’s enshrined in the name of The 3dom Factor, the astounding trio led by legendary drummer/improviser Barry Altschul for the last decade or so. That sobriquet reflects the vital importance of all three voices in the band: not only Altschul’s powerful, ever-inquisitive drumming, but the tirelessly venturesome saxophone playing of Jon Irabagon and the acrobatic muscularity of bass great Joe Fonda.

So naturally, the release of the 3dom Factor’s third album, Live in Kraków, in 2017 felt like a natural conclusion of sorts for the project. It summed up a neat trilogy that began with the band’s self-titled 2012 debut, which concentrated on Altschul’s original tunes; followed by the 2015 follow-up, Tales of the Unforeseen, a second studio date that was almost wholly improvised save for a pair of intriguing covers; and finally, Live in Kraków, a dazzling showcase of the trio’s onstage inventiveness.Fortunately for lovers of exploratory jazz at its finest, Altschul decided against letting that trilogy stand alone. After four years of recorded silence, The 3dom Factor makes its welcome return with Long Tall Sunshine, an exhilarating concert performance captured somewhere in Europe during the trio’s spring 2019 tour. (Unfortunately the band’s record-keeping isn’t quite as skillful as its interplay, leaving the specifics as something of a mystery.) Long Tall Sunshine finds The 3dom Factor at the top of its form, navigating five of Altschul’s expansive compositions with a staggering display of in-the-moment inspiration and tightrope-walking audacity.

“This album is kind of a bonus,” Altschul says. “The third album felt like a nice way to end the series, but I read several reviews that said they hoped this wasn’t the last release. The audience wanted more.” As did Altschul’s triomates, who strongly encouraged him to release this particular concert after hearing the dauntless imagination of the performance.

“More” is precisely what Long Tall Sunshine has to offer. Four of the five tracks will be familiar to longtime fans of the drummer, having made up the repertoire not only of the previous 3dom Factor outings but of Altschul’s early-80s trio with Ray Anderson and Mark Helias and his FAB Trio with Fonda and the late violinist Billy Bang. The exception is the title track, a previously unrecorded composition dedicated to a former paramour who Altschul describes as “long and tall, with this sunny disposition.”

Anchored by Fonda’s pulsating bassline, the tune’s sinuous theme is an alluring mix of the sleek and the sunny, an ideal launching point for Irabagon’s inexhaustible array of melodic variations. Altschul prods the saxophonist onward with an invigorating barrage of combustible percussion, laying back only to make room for Fonda’s eloquent bass solo, which the drummer parries with conversational expertise, reflecting the pair’s long history together.

The remaining four pieces all appeared on The 3dom Factor, with three of them reprised on Live in Kraków. The multiple versions of each make for enlightening comparison, shining a spotlight on the trio’s unceasing creativity and gift for completely reinventing each tune from one performance to the next. It’s also reflective of Altschul’s philosophy of improvised music. 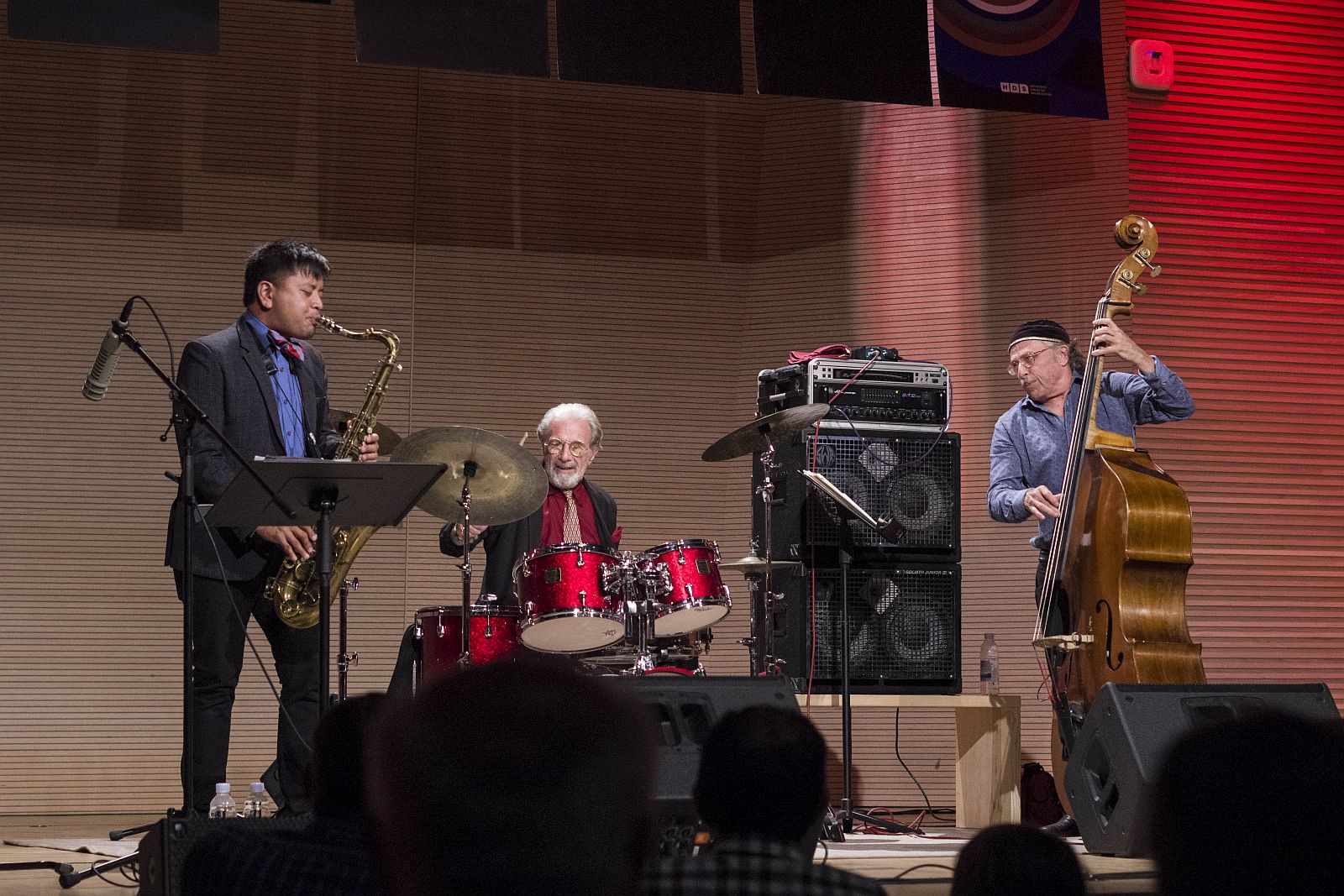 “I don’t really believe that anything is really new,” he emphasizes. “I’m a believer in ‘fresh.’ I listen to Miles Davis when he said that Louis Armstrong played everything that could be played. So it’s just a matter of being fresh. So using the same compositions just provides a springboard to let us get into some fresh improvisational spaces.” “Plus,” he adds, a wry smile creeping into his voice, “I’m lazy.”

It’s difficult to put much stock into that claim given the longevity of Altschul’s career, which now stretches out over more than five decades and includes collaborations with many of the music’s most towering figures, including Chick Corea, Paul Bley, Lee Konitz, Anthony Braxton, Sam Rivers and Andrew Hill.

Another deciding factor in releasing Long Tall Sunshine (though the breathtaking quality of the music is reason enough) was Altschul’s encroaching 80th birthday, which will arrive in January 2023. With the pandemic taking live performance out of the equation at a moment when the drummer was contemplating the winding down of his touring schedule, it felt all the more important to remind the world of the continuing vitality of this major voice in free music.

The cover portrait of Long Tall Sunshine, by Altschul’s friend and NYC neighbor Nora Howard, captures its subject’s energy as well as his forward-looking attitude. “Nora’s a very dear friend, and when she showed me this painting I said, ‘It looks like it’s not finished.’ And she said, ‘Well’ neither are you!’ That worked for me.” 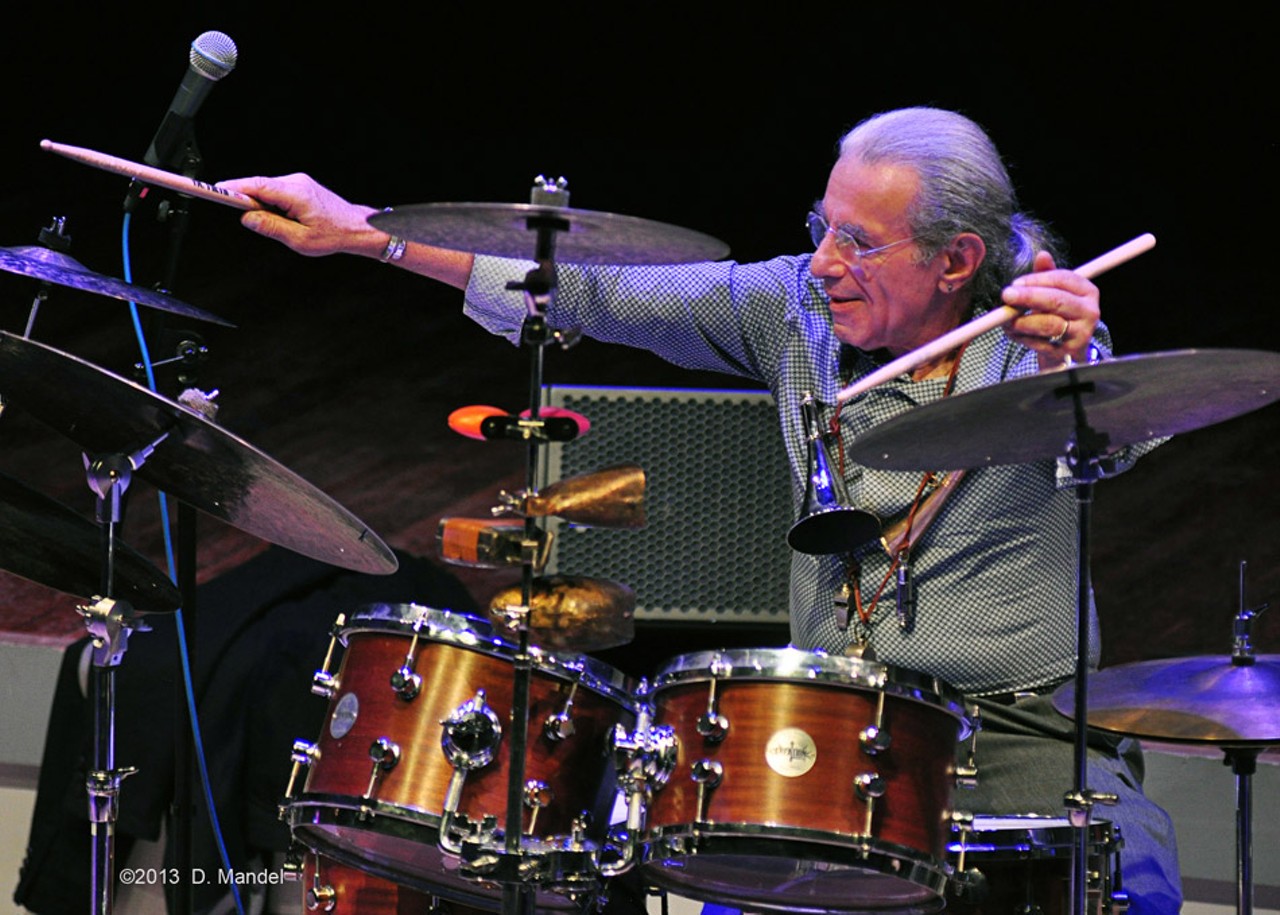 A renowned drummer whose tastes and abilities run the gamut from hard bop to free jazz and beyond, Barry Altschul gained fame in the late 1960s alongside such pioneering artists as Paul Bley and Chick Corea. In 1969 he joined Corea, bassist Dave Holland and saxophonist Anthony Braxton to form the group Circle, and went on to work extensively with Braxton throughout the 1970s. He also recorded with such greats as Sam Rivers, Andrew Hill, Dave Liebman and Julius Hemphill.

Never one to stick to one style of playing, Altschul‘s groundbreaking work in the avant-garde was paralleled by his straight ahead work with the likes of Lee Konitz and Art Pepper. After spending much of the ‘80s and ‘90s in Europe, he returned to greater prominence in the early 2000s, forming the FAB Trio with Joe Fonda and Billy Bang, working with peers like Roswell Rudd and Steve Swell, collaborating with a new generation of forward-looking musicians including Jon Irabagon, both in the saxophonist’s explosive trio and The 3Dom Factor.