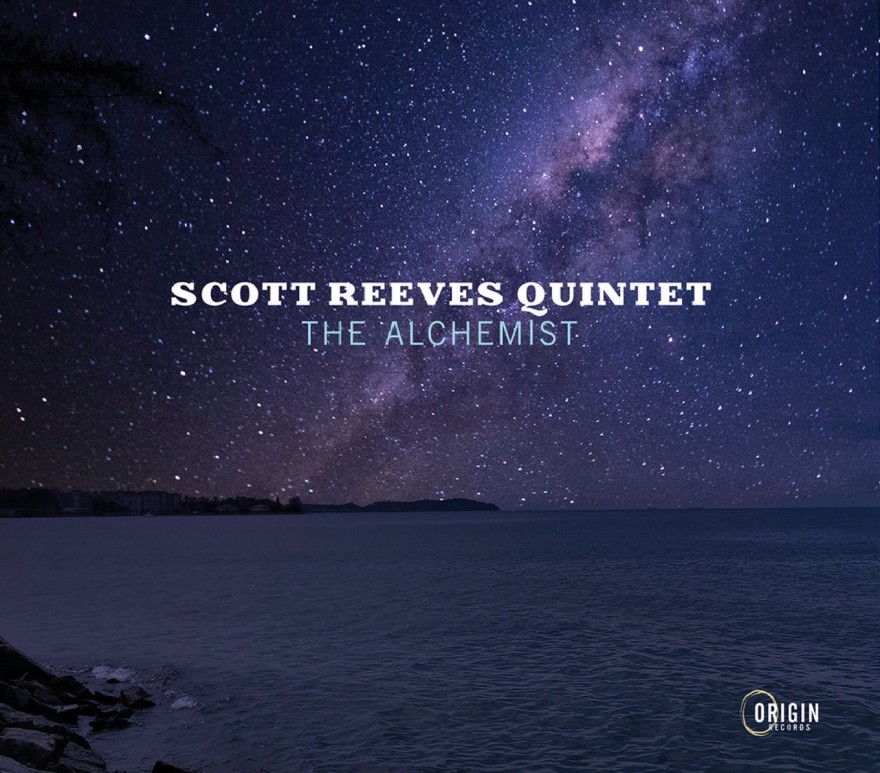 “[Scott Reeves’] compositions are sophisticated yet accessible, his arrangements scrupulously burnished and invariably engaging.” – Jack Bowers, All About Jazz

“[The quintet’s] sound slips out of the ‘standard’ description, with its atmosphere of adventure and edgy energy, and an approach that more than hints at the avant-garde in a way that perhaps Jackie McLean did on his ’60s Blue Note recordings… [Reeves’] solos are spirited and spontaneous.”

– Dan McClenaghan, All About Jazz

Multi-instrumentalist, bandleader and composer Scott Reeves expected to have some time on his hands upon his retirement from teaching, following an illustrious career on the faculties of the City College of New York, Juilliard and other prestigious institutions. But when the pandemic struck just a few months later, Reeves suddenly found himself with an abundance of free time as performance opportunities disappeared. In addition to a productive period of writing for his longstanding big band, the Scott Reeves Jazz Orchestra (with two recent recordings on Origin), he now had the opportunity to revisit his own archives and discover some hidden gems.

That search unearthed the stunning new release The Alchemist, featuring a previously unheard live date by the Scott Reeves Quintet – a never-recorded band featuring Reeves on alto flugelhorn, alto valve trombone and electronics, alongside guitarist Russ Spiegel, pianist and keyboardist Mike Holober, bassist Howard Britz and drummer Andy Watson. Captured in May 2005 at the City College of New York, the album is set for long-overdue release on July 16, 2021 via Origin Records.

“I don’t even know if I ever meant to release it,” Reeves says of the shelved recording. “But when I listened to it last summer I thought the band sounded really inspired that night. I also thought it might have been some of the best playing I’ve ever done that’s been recorded. So I determined to get this project out there.”

The issue that Reeves faced, and that may have discouraged him from attempting to release the concert at the time, was that the recording suffered from audio issues. The evening was well recorded by students from the college’s recording technology program, but it was intended merely to document a collection of new compositions. No baffling was used between the instruments, leading to drum leakage and other flaws.

In the intervening years, however, Reeves had begun working with Grammy Award-winning recording/mixing engineer Brian Montgomery, who has worked with such luminaries as Paul McCartney, Esperanza Spalding, Donald Fagen and the Maria Schneider Orchestra. Reeves brought the files to Montgomery, who worked his audio magic and rescued the recording, isolating each instrument and remixing it. “I have high regard for Brian’s abilities to bring out the best quality in a project,” Reeves says. “Eventually he was able to get the sound to what you would expect out of a good studio recording.”

Why go to all this trouble for a single concert recording from a decade and a half in the past? The music speaks for itself in response to that question. The Alchemist finds these five brilliant musicians in top form, exploring what was for Reeves new and adventurous territory. Best known as a trombonist, the axe he yields in big bands led by Dave Liebman and Bill Mobley as well as his own 17-piece Scott Reeves Orchestra, Reeves here focuses on some more unusual instruments from his arsenal: the alto valve trombone and the alto flugelhorn. In addition, he’d recently begun experimenting with altering the sound of his horns with electronics, a path he abandoned not long after. (The rediscovery of this recording, however, has led him to dust off some of that equipment once again.)

“I started playing trombone when I was 10,” Reeves explains. “As I got along in my career I struggled to find my own voice outside the influence of J.J. Johnson, Curtis Fuller, Slide Hampton and the like. I found the alto flugelhorn, which is a German instrument between the range of a trombone and a trumpet, and I really fell in love with that sound.”

The alto valve trombone had been used in 19th military bands but long since passed into obscurity when Reeves had one specially made for him. “The sound of these two instruments being slightly higher than the trombone as well as the use of valves opened up ways of reshaping what I was going to play,” Reeves describes. “I really started finding my own individual identity on them. In fact, Dave Liebman once had me take a solo in his big band and told me, ‘Play that alto whatever-you-call-it thing. You have more of an identity on that.’ Which is similar to what Miles Davis told him about the soprano saxophone.”

Exploring the mysterious contours of a Phrygian vamp, “New Bamboo” opens the album with Reeves’ altered horn and Spiegel’s guitar lines melding into shimmering textures. The Gil Evans-inspired “Shapeshifter,” based on a 12-tone row, is one of three pieces debuted at this concert that has since been revived with the Jazz Orchestra; the melancholy bossa nova “Without the Trace” gave the big band’s 2018 album its title, and Reeves’ funky arrangement of the classic “All Or Nothing At All” was expanded for the same recording. “The Alchemist” is a scintillating soul-jazz burner dedicated to Miles Davis, while “Remembrances” is an achingly tender ballad.

Thoroughly modern in conception and timelessly thrilling in execution, The Alchemist sounds like it could have been recorded yesterday and is every bit as exhilarating as if it was. “I think it’s probably the best small group work I’ve ever done in my life,” Reeves concludes. “I’m very happy to finally have it out there.”

Scott Reeves is a trombonist, alto flugelhornist, composer, arranger, author, and college jazz educator. He plays trombone with the Dave Liebman big band and has also performed with the Vanguard Orchestra and Chico O’Farrill’s Afro-Cuban Jazz Orchestra, as well as with artists such as Steve Wilson, Kenny Werner, James Williams, Rich Perry, Bill Mobley, John Patitucci, and others. He has written commissions for the Liebman Big Band, the Westchester Jazz Orchestra, and groups in Rome and Kyoto. The Scott Reeves Jazz Orchestra has released two CDs: Portraits and Places and Without a Trace, both on Origin Records. Reeves is a Professor Emeritus at The City College of New York and also taught at the Juilliard School and other regional universities. He is the author of two textbooks on jazz improvisation.