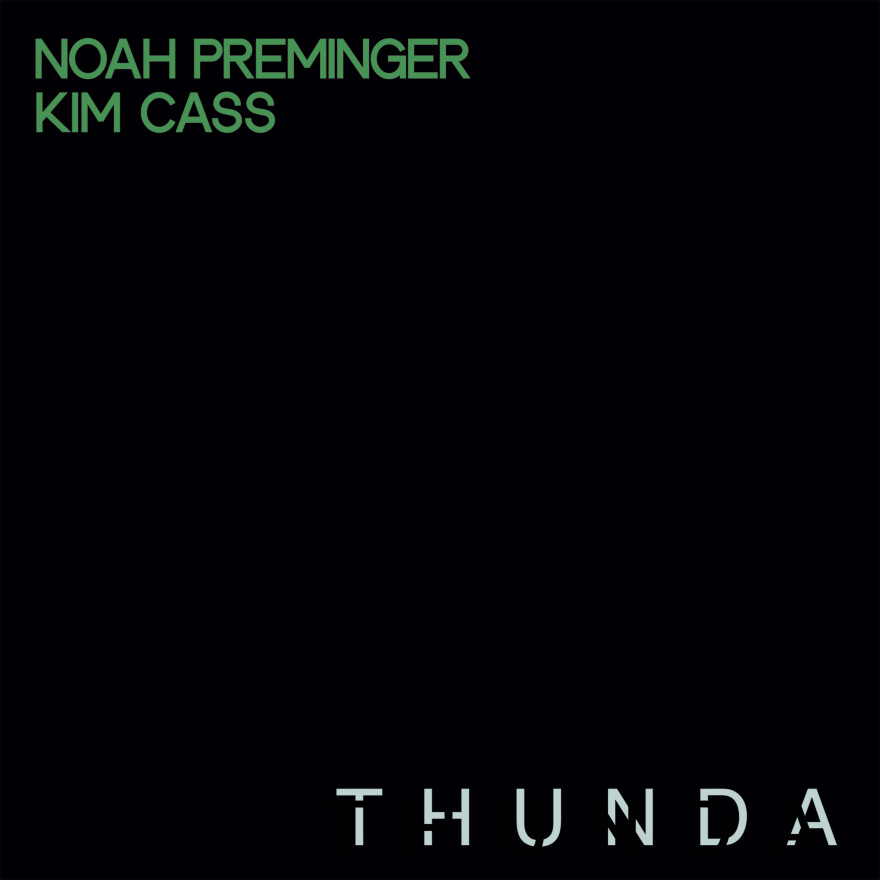 When lighting strikes, thunder follows. Such was the electrifying energy when longtime friends and colleagues Noah Preminger and Kim Cass collaborated during the second half of 2020, one of the most trying and unusual years on record. The result is THUNDA, featuring ten entirely original tracks by award-winning saxophonist Preminger and acclaimed bassist Cass.

Preminger and Cass met during their college days in 2004 but didn’t start working together until Cass moved to New York City after a brief stint on the West Coast. Through their mutual focus on pushing the boundaries of instrumental virtuosity toward innovative uses of rhythm and harmony, the two forged a strong connection, working together on countless performances and collaborations, including more than half a dozen of Preminger’s albums.

When the COVID-19 pandemic led to cancellations of their planned live tours, Preminger and Cass turned to technology as a safe outlet for creating and recording new music. THUNDA, Preminger’s sixteenth and Cass’ second release as band leaders, takes the artists’ compositions and improvisations into new territory. “This is the first recording I’ve made remotely and entirely at home,” says Preminger. “It also marks the first recording where I play and layer multiple instruments, all entirely improvised. Kim is one of the most imaginative bassists and musical voices in jazz and this project truly got both of us to reach outside the box.”

Cass was equally excited to work with Preminger on a duo album: “I have always admired the way in which Noah navigates harmony, especially on open-ended material,” says Cass. “THUNDA unleashes the best of both our playing with countless maelstroms of exposed lines that defy form, yet are strongly rooted in time and pitch. This music was incredibly exciting to create. It’s a blast to listen back to each one of these individual storms.”

The album’s opener, “Slaughter,” is a vivid declaration of the duo’s instrumental prowess and their ability to elevate it to serve the music. Cass’s bass runs wild and free while Preminger’s thrilling horn sails above, bolstered by his peerless tone and unparalleled, technical lines. “Me You Sad” follows with an entirely different mood, the edgy pensiveness of Preminger’s clarinet underlined by Cass’s alternately sing-song and weaving bass lines. “Chron” begins with Cass’s fun, technical brilliance and answered by Preminger’s crystalline horn, evolving into a spirited dialogue infused with snippets of unison. Preminger’s swing-tinged fanfare announces “Tradr Hoez” before Cass’s probing bass joins in, ultimately culminating with the two in sonic union. In “Slow Ridah,” Preminger’s sensitive multi-tracking creates the effect of a woodwind choir, full of wistful sweetness. On “Iris,” another slow piece, Cass’s technical use of harmonics contrasts with Preminger’s haunting, contemplative clarinet melody. “Drone,” “Ricky,” “Roobz,” and “Huck It” round out this collection of extraordinary new music by two of the most forward-thinking improvising instrumentalists in jazz. 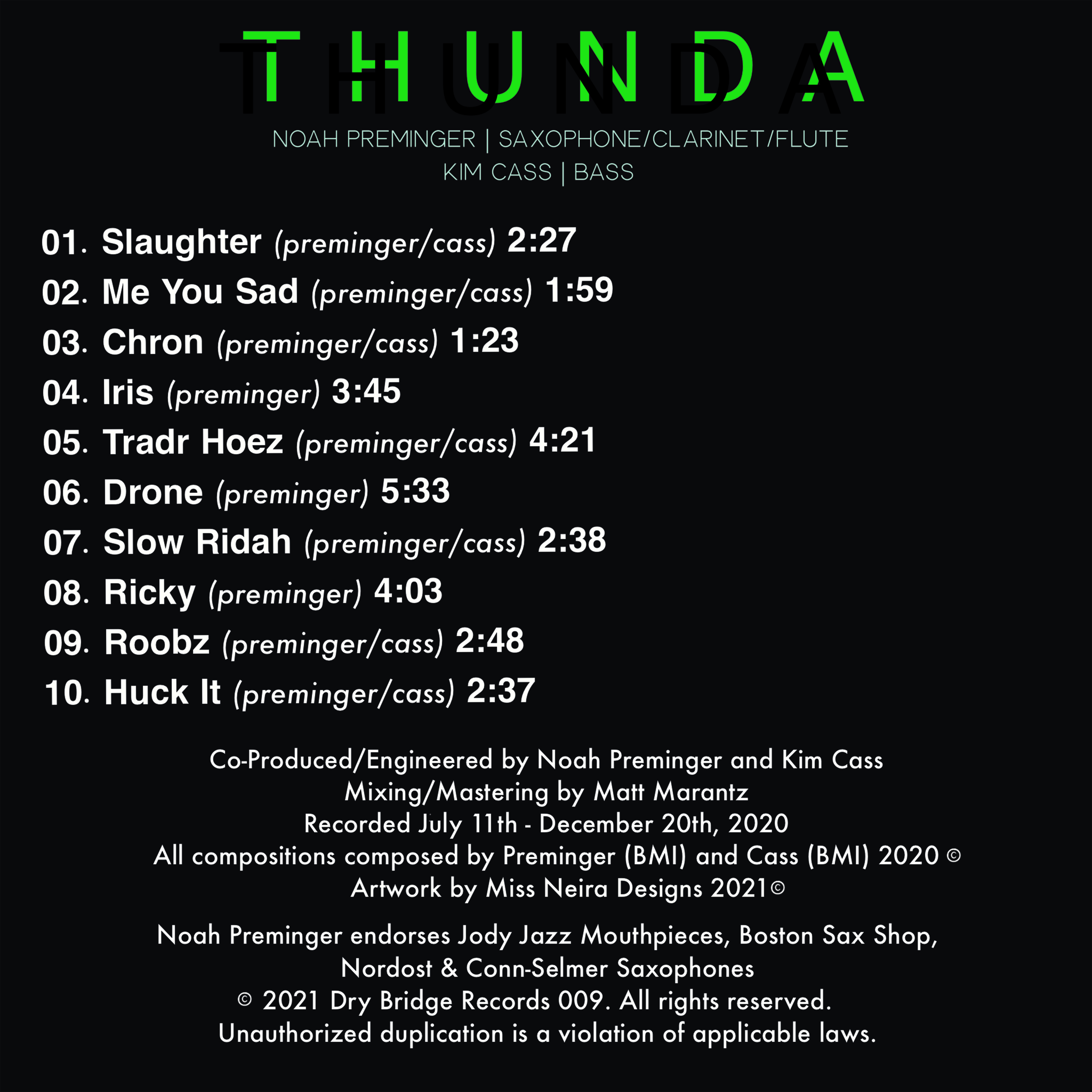 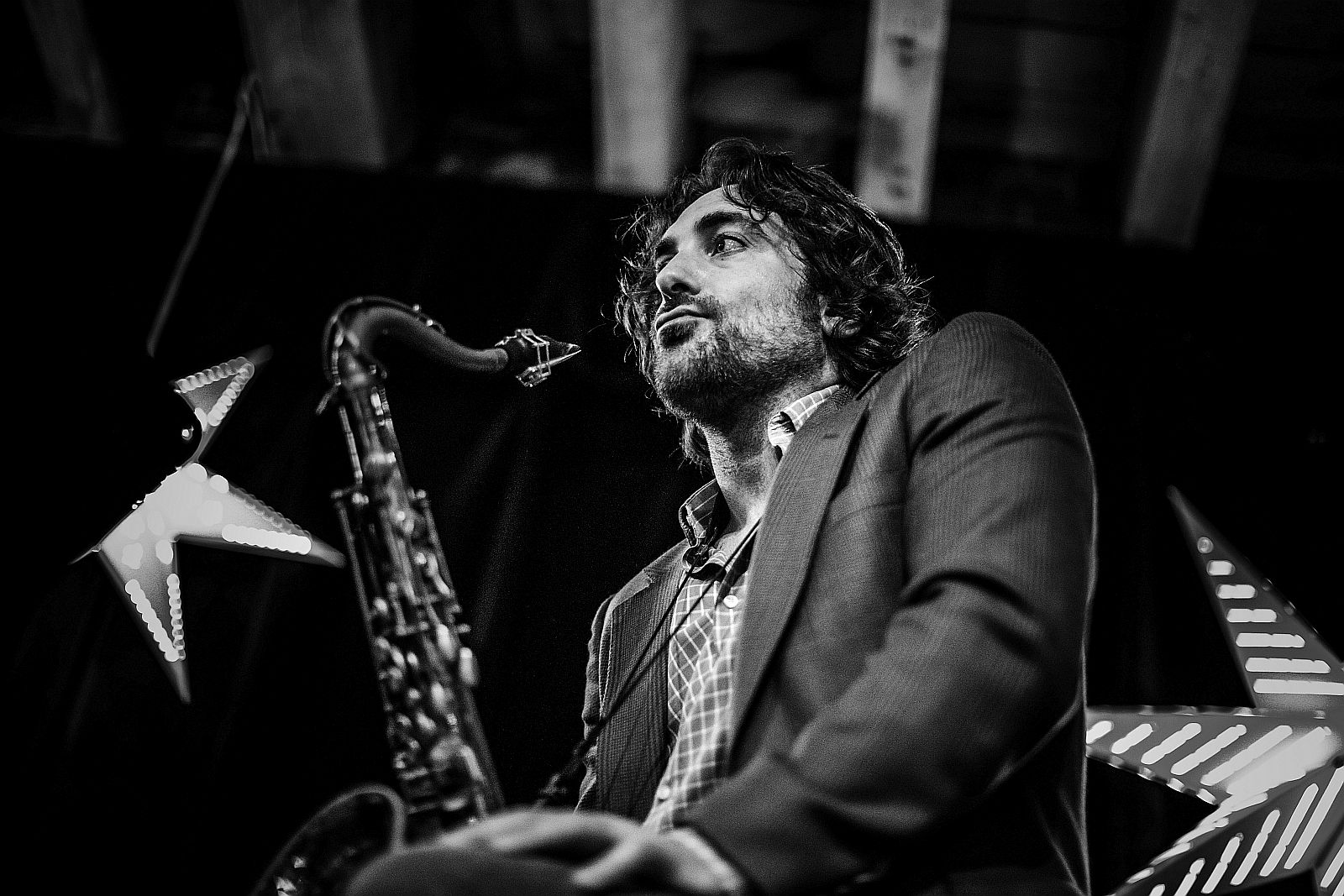 Of Brooklyn-based saxophonist Noah Preminger, The New York Times says, “Mr. Preminger designs a different kind of sound for each note, an individual destiny and story.” Born in 1986, Preminger grew up in Canton, Connecticut. His debut album, Dry Bridge Road, was released just after his 21st birthday and named Debut of the Year in the Village Voice Critics Poll. Preminger’s second and third albums as a leader came in 2011 and 2013 while signed to the Palmetto Records label. He has performed with the likes of Jason Moran, Dave Holland, John Patitucci, Fred Hersch, Dave Douglas, Billy Hart, Rob Garcia, Joe Lovano, Victor Lewis, John and Bucky Pizzarelli, Cecil McBee, George Cables, and Roscoe Mitchell. Preminger, just 34, won the category of Rising Star Tenor Saxophonist in DownBeat Magazine’s 2017 Critics Poll, and has released sixteen critically acclaimed albums as a bandleader. 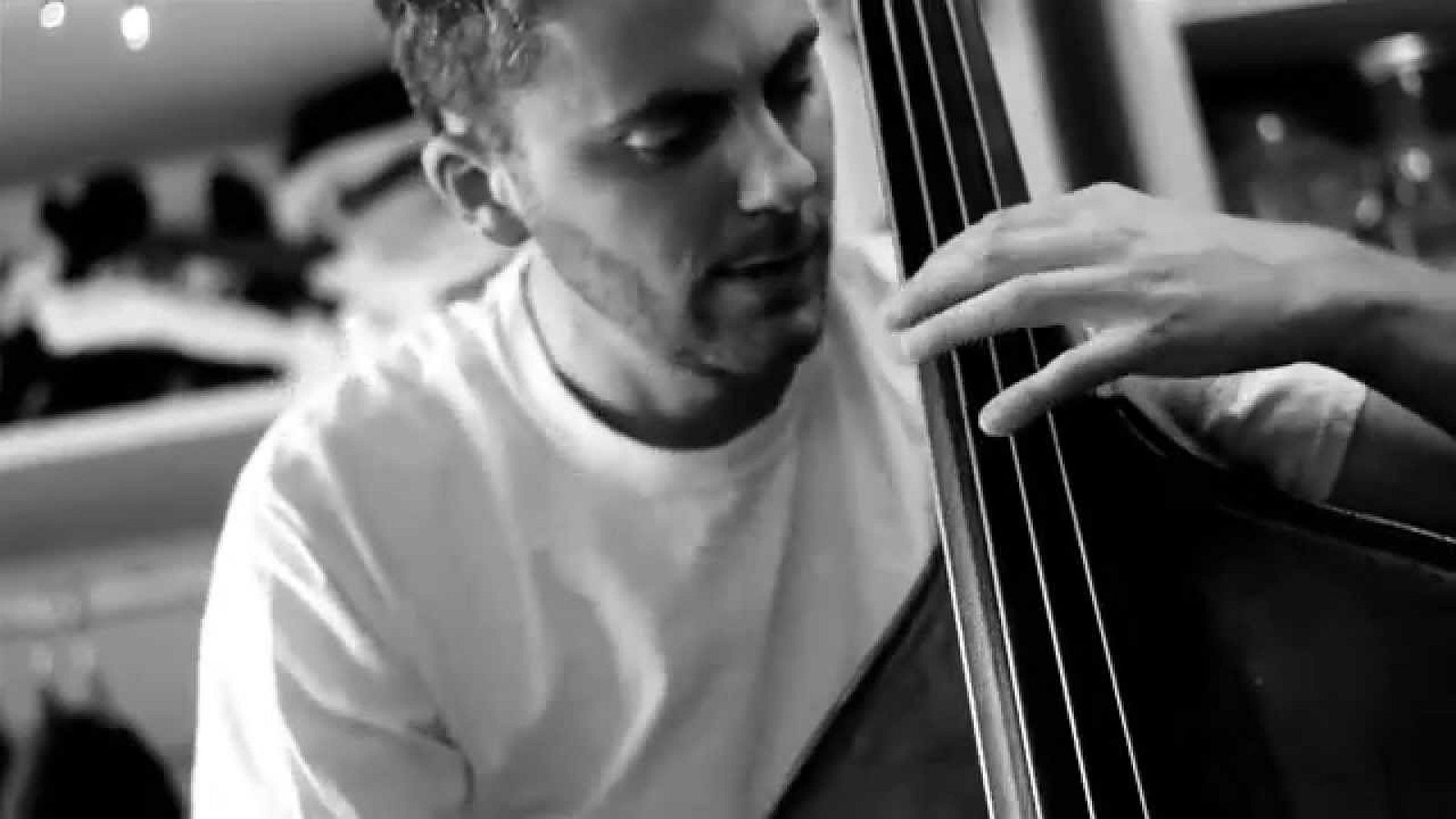 Kim Cass, originally from Bar Harbor, Maine, spent his early life producing solo recordings of upright bass in electronic composed settings, and always striving to develop a unique voice as an improvisational conceptualizer and technical virtuoso. After receiving his degree from New England Conservatory in Boston, Cass relocated to San Francisco and then New York City. He has worked with Rudresh Mahanthappa, Jason Moran, Matt Mitchell, John Zorn, Mat Maneri, Noah Preminger, Tyshawn Sorey, and David Binney, among others. In 2015, Cass released his acclaimed, self-titled debut recording for solo bass and electronics. He’s currently focused on composing for instruments in new ways that stretch rhythmic, technical and harmonic boundaries, and will release a new album of original music in 2021 featuring pianist Matt Mitchell. Cass utilizes a unique style of detailed handwritten notation, which has become an important part of his creative exploration. Cass is part of the faculty at The New School in NYC.