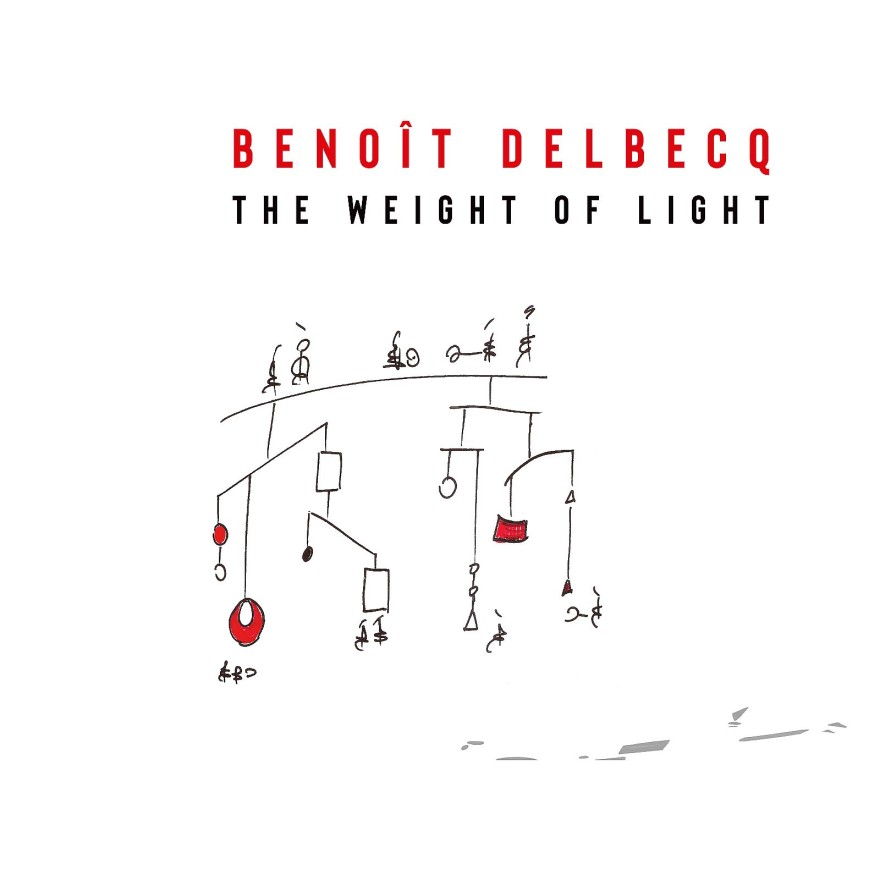 “Benoît Delbecq is one of the few true improvising piano geniuses of our times. He has steadfastly created his own musical universe of sound, impeccable craft and beauty that is wondrous, resonant and free in the best sense of the word.” — Fred Hersch, pianist and composer

“Delbecq likes to go beyond normal technique. He puts things on and between the piano strings to make it a raw and sensitive percussion machine.”— Ben Ratliff, The New York Times

Internationally acclaimed pianist and composer Benoît Delbecq issues The Weight of Light on Pyroclastic Records, his first solo release in more than a decade. Following intentional exploration and years of extended research, confronting the smooth and the striated within his playing, the Paris-based artist now offers open-eared listeners new, deeply personal connections to the music inspired by movement- centric perspectives on shadow and light.

Within trancelike chambers and subtle interluding halls, Delbecq conjures the mysterious ecstasy of transitional imagery. Nine tracks of original music pivot across contemplative brightness and ethereal darkness. Serving spontaneity, each gesture reflects a translation of feeling and invites listeners to engage their own emotional responses to the music, as they listen in real time.

Ever curious about visual representation of music, Delbecq has been enhancing versions of his own graphic notation for years. But as he composed music for The Weight of Light, he began recognizing how hanging mobiles wield influence over his relationship to music and, more broadly, artistic expression. “That was totally unconscious,” he says. As a child, he’d regard a mobile casting shadows in his parents’ bedroom for minutes at a time. “The idea likely came from way back, but who can say?”

From that buried memory, Delbecq began drawing the image that would become his album cover for The Weight of Light. “I drew the record cover pretty fast, but the shadow took me days,” he says. “I wanted to render something mysterious about the shadow of this mobile.” That unnamed mystery rests at the consciousness of The Weight of Light and includes both physical and figurative interpretations.

Some 35 years ago, Delbecq’s physicist brother centered his Ph.D. around proving that light has a mass. At the time, the idea fascinated Delbecq. “Hardly any people know that light has a mass,” he says. For the album, he took poetic license to change “mass” to “weight,” intent on exploring what that concept might sound like on a piano.

Inspired by what he calls “real presences” within his artistry, Delbecq considers features of architecture when composing new music, including how different structures interact with light. One partly sunny morning, he found himself inside the Notre-Dame de Ronchamp chapel by Le Corbusier, observing the light coming through the stained glass windows. “A cloud passing by, revealing the sun inside the chapel, of course will change your relationship with the space you’re in,” he says. His Poe-like appraisal of light influencing emotional response to physical surroundings persists across The Weight of Light. “In that sense, that’s also weight of the light,” he says.

Delbecq regards piano as a vessel for expansion. His expert manipulation of the instrument presents patterns, pauses and un-patterns as on “Pair et Impair,” as well as sonic illusions such as left-hand “loops” on “Anamorphoses” and “The Loop of Chicago” that take shape and reshape throughout the compositions. Providing plenty of opportunity for listeners to experience starkness of time and space, Delbecq engages openness on “Au Fil de la Parole” and “Dripping Stones” the latter beginning as a cluster of tightly packed colors, primed for expansion. And he concludes in notes of dark and doleful lushness tinged with inquiry on “Broken World.”

For these renderings, Delbecq turns to perhaps the most prominent textural characteristic of his sound: prepared piano. And his love for those sounds emerged from his fascination for drummers he heard live, namely Kenny Clarke, Paul Motian, and Ed Blackwell. Textural possibilities serve his unique compositional development, particularly for The Weight of Light. “When I’m composing, it’s exactly like I’m looking at inventing the future shape of an object,” he says, “so I look at it from different places. It’s like a 3-D way of conceiving things that has to do with optical phenomena. If I move around it, it will reveal shapes that are hidden at other angles.” 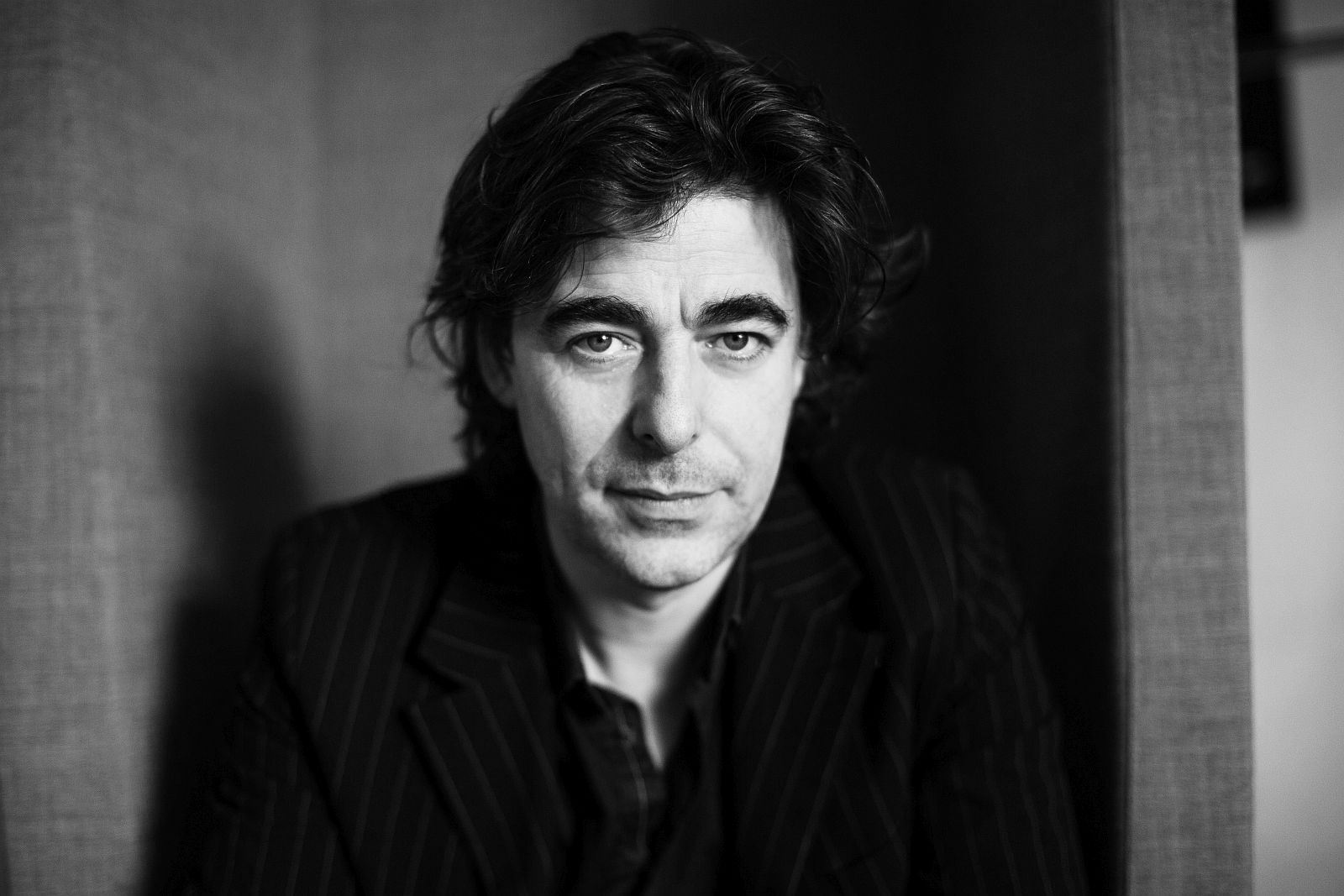 Benoît Delbecq is a multi-awarded Parisian pianist and composer, engaging new textures and pulses on prepared piano. His musical force weaves compelling works inspired by varied sources including mathematics, poetry and architecture. Delbecq‘s works have received acclaim from legendary musicians such as Mal Waldron, Steve Lacy and György Ligeti, as well as from a long list of critics, peers and festivals curators. He studied improvised music with Alan Silva, founder of the Institute for Artistic and Cultural Perception in Paris, later receiving mentor-ship from Waldron. At the Banff Centre, Delbecq studied with Steve Coleman, Dave Holland and Muhal Richard Abrams, among other masters. He also studied composition and music analysis with Solange Ancona. Besides being a performer, composer and producer, Delbecq served as founder of the Hask Collective Paris (1992-2004) and is presently a founding member of Bureau de Son Paris (2008) and the dStream label.

Pianist-composer Kris Davis founded Pyroclastic Records in 2016 to serve the release of her acclaimed recordings Duopoly and Octopus with the goal of growing the label into a thriving platform that would serve like-minded, cutting-edge artists. In 2019, Davis launched a nonprofit to support those artists whose expression flourishes beyond the commercial sphere. By supporting their creative efforts and ensuring distribution of their work, Pyroclastic empowers emerging and established artists — including those on its 2021 roster: Benoit Delbecq, The Weight of Light (Feb 12th); Ches Smith, We All Break (Spring 2021); Mary Halvorson/Sylvie Courvoisier Duo (Spring 2021); and Sara