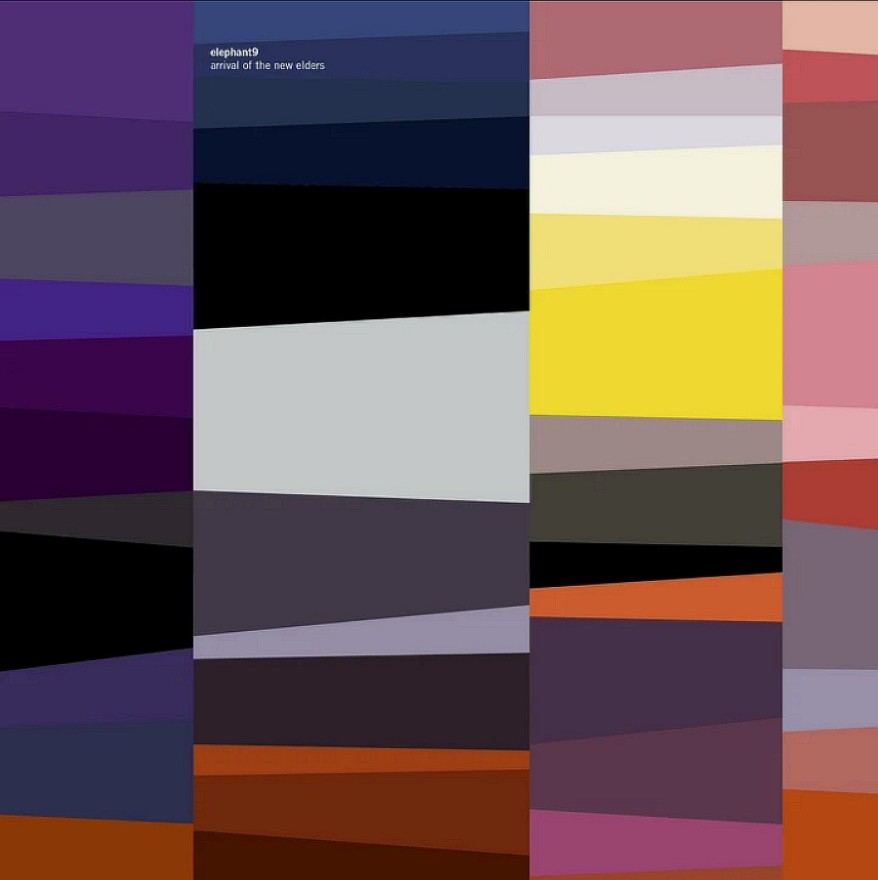 Following two double live albums this finds the band in more reflective mood….
After a solid run of five studio albums and 2019 ́s two double live albums, Psychedelic Backfire I and II, Elephant9 had taken their groovy mix of high energy rock and power jazz as far as they could. In this respect Arrival Of The New Elders comes as a welcome and most timely addition to their recorded output. More varied, mature and reflective, don ́t let the self-ironic (?) title mislead you, they are as groovy as ever, but more structured and less jam oriented, with the longest track clocking in around the seven minute mark. Rather short, by their standards.

Having built a solid live reputation even before their brilliant 2008 debut Dodovoodoo, the trio boasts what is probably the strongest rhythm section in Norway, complemented with keyboard magician extraordinaire, the one and only Ståle Storløkken. And boy, does he excel himself on this album, notably with more focus on the Rhodes than before. That said, this is nothing if not another strong group effort from what has been a very tight unit straight from the outset. Seven brand new compositions from Storløkken and one from Hængsle make way for what we consider to be their finest and most cohesive album to date.
https://youtu.be/dK_jQgBpB2k
Arrival Of The New Elders was recorded by trusted stalwart Christian Engfelt, with early Dungen producer Mattias Glavå handling the mixing duties.
Ståle started his musical journey in Veslefrekk with Jarle Vespestad and Arve Henriksen in the 90s, soon morphing into Supersilent with Helge Sten on board. He ́s also a member of Møster! and Humcrush, and has collaborated with a number of artists, most notably Motorpsycho. Nikolai is also a member of Bigbang, Needlepoint and Band Of Gold and has appeared on a couple of hundred records. The same goes for Torstein, an associate member of numerous bands ranging from pop and soul to free jazz. But Elephant9 has always been their special baby.
CD / LP / DL : Rune Grammofon :  ELEPHANT9: Arrival Of The New Elders
artist: Elephant9
title: Arrival Of The New Elders
release date: 26th February 2021
formats:  CD / LP / DL
cat no: RCD2218/RCD3218
Line up:
Ståle Storløkken – Rhodes piano, Hammond organ, grand piano, Eminent 310, Mellotron, Continuum
Nikolai Hængsle – Electric bass, electric and acoustic guitars
Torstein Lofthus – Drums, percussion
Tracks:
Arrival Of The New Elders
Rite Of Accession
Sojourn
Tales Of Secrets
Throughout The Worlds
Chasing The Hidden
Chemical Boogie
Solar Songs
recorded at Studio Paradiso by Christian Engfelt, September 2020 mixed by Mattias Glavå at Kungsten Studio, September 2020 mastered by Jørgen Træen at Duper Grotten, October 2020