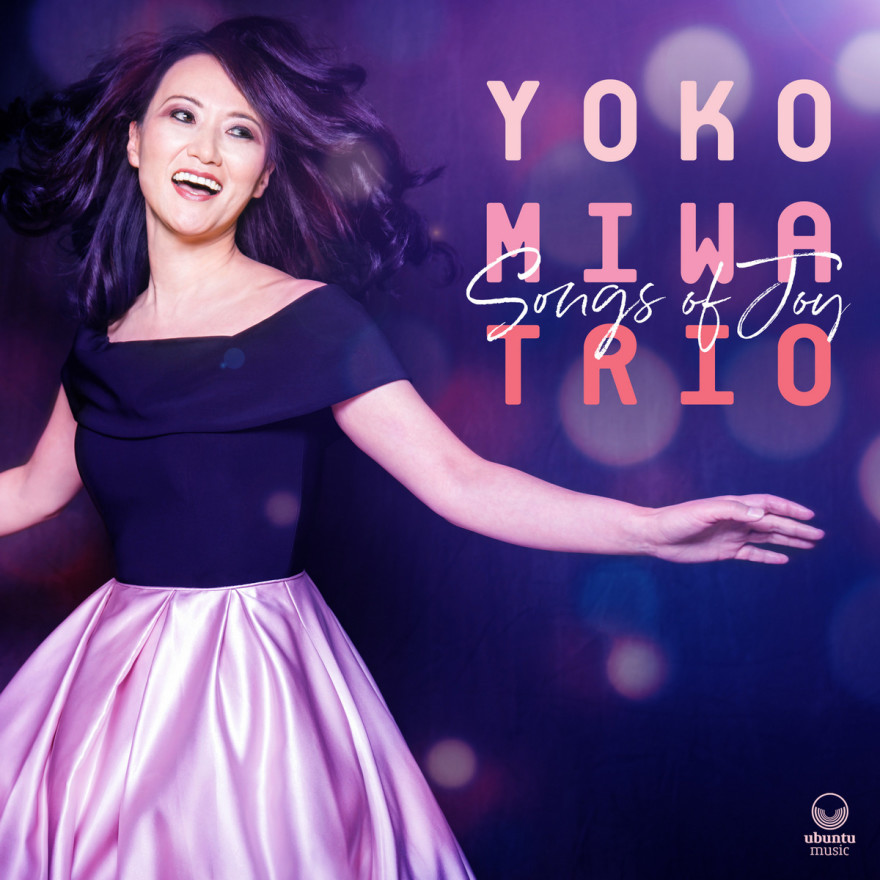 “Songs of Joy is an enthralling body of work that will become an important release for the year ahead.” – Andrew Read, Jazz in Europe

4-stars “Miwa approaches ‘Freedom’ with a McCoy Tyner-like muscularity, backed by the dense rhythmic back drop from bassist Will Slater and drummer Scott Goulding. It is a powerhouse, all-things-possible sound, spiritual and temporal at the same time.” Dan McClenaghan, All About Jazz

“This album is yet another triumph from one of America’s finest jazz pianists, composers, and bandleaders.” – Rick Anderson, CD Hotlist

“Yoko Miwa has been gifted with both extraordinary musical skills and the pure spirit that is necessary for great art. We love her musical gifts and her beautiful spirit as well.” – Ahmad Jamal

“Miwa is a virtuoso pianist with dazzling technique always in the service of interaction and exchange of ideas.” – Donald Elfman, NYC Jazz Record

2020 was a trying year for all of us, and pianist Yoko Miwa suffered more than her fair share of challenges. Like most musicians during this unprecedented pandemic, she suddenly found herself without the opportunity to perform. The recording of her new album was postponed and her trio’s longtime home base, Les Zygomates Wine Bar & Bistro in Boston, closed its doors for good. Worst of all, her father passed away after a battle with Alzheimer’s Disease.

So Miwa would certainly have been forgiven if her delayed return to the studio had resulted in an uncharacteristically somber set of music. Instead she emerged with Songs of Joy, a welcome dose of optimism and uplift that shines like a ray of hope through the dark clouds overhead. Due out February 12, 2021 via Ubuntu Music, Songs of Joy features Miwa’s longstanding trio with bassist Will Slater and drummer Scott Goulding, along with a guest appearance by bassist Brad Barrett, another regular collaborator. The album combines songs that have provided solace and inspiration to Miwa with five original pieces composed as a means of escape from the lockdown routine.

“Once the pandemic started, I decided to write something every day,” Miwa explains. “I just tried to sit down at the piano and play whatever I felt on that day. Of course I was frustrated, but I tried to stay positive.”

The songs that emerged from this less-than-ideal incubator reflect Miwa’s persevering spirit, her jazz-inspired spontaneity and her classically-trained virtuosity – all characteristics that have been recognized by no less an authority than legendary pianist Ahmad Jamal, one of Miwa’s idols. “At 90 years plus, I have known and heard most of the great pianists, [including] Art Tatum, Oscar Dennard, Phineas Newborn, Nat Cole, Dodo Marmarosa, Johnny Costa, Erroll Garner, and on and on,” Jamal says. “Not to mention the pianists performing the European Classical works that I have followed as well. In Pittsburgh where I was born, and where some of the aforementioned are also from, we had to study both American Classical Music as well as the European Classical forms. Yoko Miwa is the result of both worlds. She is amazing and will continue to grow.”

The Yoko Miwa Trio has been performing together regularly for a decade and a half, with a Saturday night residency at Les Zygomates for much of that tenure. For the past several years they’ve also spent Friday nights at the Cambridge sushi bar The Mad Monkfish. At least once a year they perform there with legendary singer Sheila Jordan, who introduced Miwa to Billy Preston’s “Song of Joy.” The tune, which also inspired the title of the album, is suffused with warmth and deep emotions in the trio’s intimate, reverent rendition. The idea expressed in Preston’s simple, heartfelt song – “With every note I play, I play with love… With all the happiness this melody brings” – provided the guiding spirit of the session.

The album opens with Richie Havens’ “Freedom,” which the singer-songwriter performed at Woodstock (as captured in the famed concert film). Miwa’s thunderous left hand reveals the inspiration of McCoy Tyner, and the tune’s mood channels the ecstatic spirituality of the classic John Coltrane Quartet.

Tyner is one of several formative influences to whom Miwa pays tribute through her original pieces on Songs of Joy. The boisterous swing of Bobby Timmons and Benny Green, two of the pianists whose brilliant sound was forged in the crucible of Art Blakey’s Jazz Messengers, anchors the finger-snapping groove of “Small Talk.” The bright, dancing “The Rainbirds” was inspired by the compositional style of Kenny Barron. And the lush, elegant “Inside a Dream” bears the unmistakable imprint of perhaps Miwa’s most important idol, Bill Evans.

Naturally, Miwa’s compositions couldn’t help but be affected by the times in which they were written. The steely “Largo Desolato” feels haunted yet determined, evoking the unnaturally empty streets of New York City at the height of the pandemic. The gorgeous ballad “The Lonely Hours” is dedicated to Miwa’s father, who spent many of his final days alone due to quarantine conditions. “I couldn’t go back to Japan to see him because of the pandemic,” she laments. “He was in the hospital alone; even my family couldn’t be with him when he passed away. It was really sad.”

The rollicking “Tony’s Blues” was penned for Miwa by Tony Germain, former assistant chair of the piano department at Berklee College of Music, where Miwa is an associate professor. “Tony wrote this song for me right before the original recording date, and I really liked it,” Miwa says. “He just retired, so this is a great present for him.”

The work of Thelonious Monk is a constant in Miwa’s repertoire, and here she performs a muscular take on one of her favorites, “Think of One.” Sheila Jordan also provided an entrée to the blistering “No Problem,” a piece by the singer’s ex-husband, pianist Duke Jordan, that has become a staple of the trio’s sets. The album ends with a reflective take on the folk classic “Babe I’m Gonna Leave You,” by way of the famous Led Zeppelin version and graced by Brad Barrett’s entrancing arco playing.

Despite a few months of enforced time off, the Yoko Miwa Trio hasn’t lost a step on Songs of Joy, their exhilarating chemistry evident and lively throughout the album’s many moods. Circumstances may have been far from ideal (“This is definitely the first album I recorded with a mask on,” Miwa laughs), but it ends up offering a balm for beleaguered audiences. “When we went into the studio, it had been four months since I’d played with my trio,” Miwa recalls. “I was a little bit nervous, but once we got there I felt so excited and inspired by being together again. That joy and happiness came up from my music. Everything was joy, and I hope the listener can hear it too.” 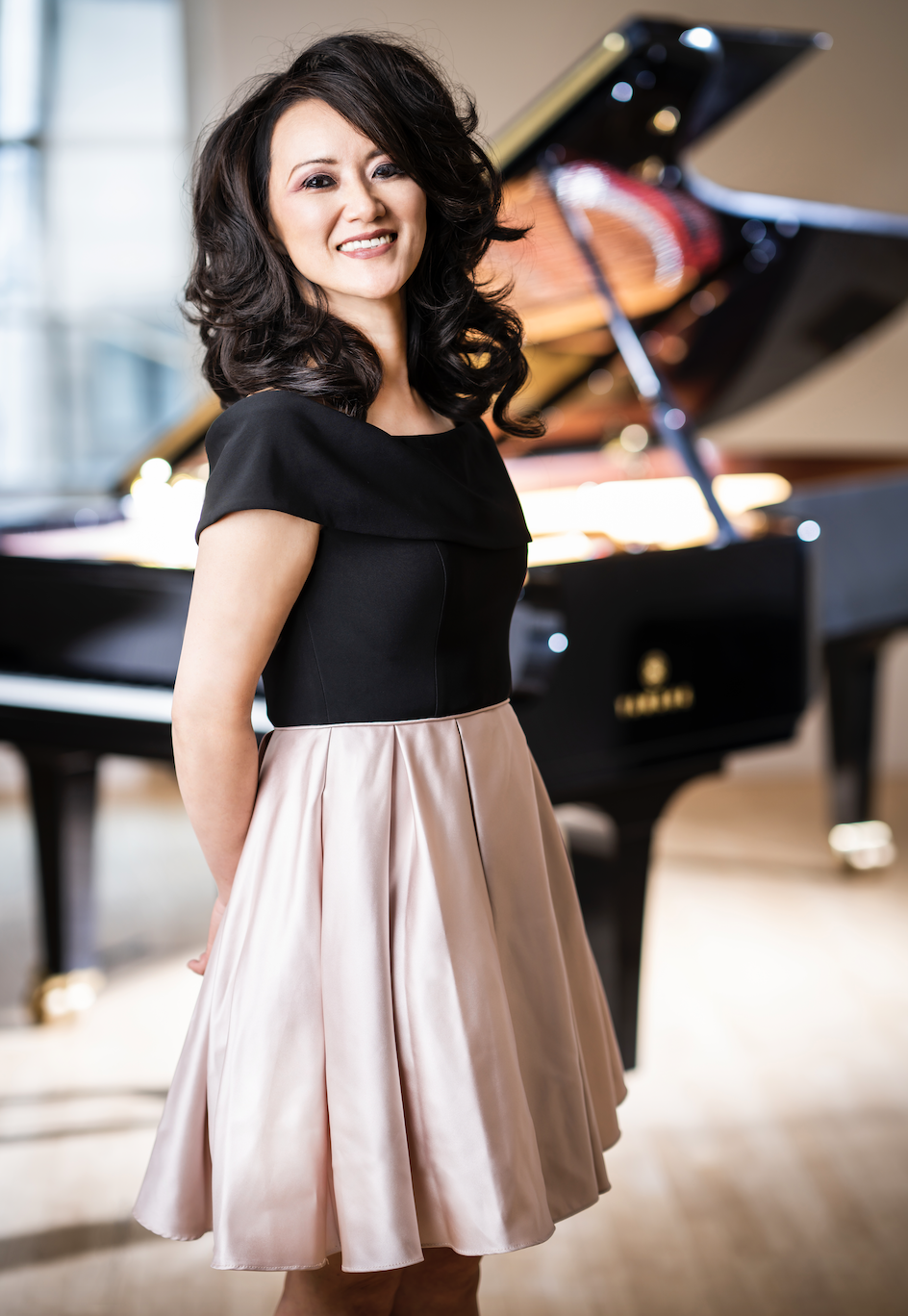 Internationally acclaimed pianist/composer Yoko Miwa is one of the most powerful and compelling performers on the scene today. Her trio, with its remarkable telepathy and infectious energy, has brought audiences to their feet worldwide. Their latest CD, 2019’s Keep Talkin’, showcases Miwa’s fine playing and artful compositions and the trio’s uncanny musical camaraderie. DownBeat gave the recording four stars, calling it “a beautifully constructed album” and noting “the drive and lyricism of a pianist and composer at home in bebop, gospel, pop, and classical.” For more than a decade Miwa’s trio has played regularly at major jazz clubs in their home city of Boston, as well as venues around the world. A favorite of Jazz at Lincoln Center, Miwa was chosen to play on “Marian McPartland & Friends,” part of the Coca-Cola Generations in Jazz Festival. Miwa also appears regularly at New York’s famed Blue Note Jazz Club as well as Birdland and has performed and/or recorded with a wide range of jazz greats including Sheila Jordan, Slide Hampton, Arturo Sandoval, George Garzone, Jazzmeia Horn, Jon Faddis, Jerry Bergonzi, Esperanza Spalding, Terri Lyne Carrington, Kevin Mahogany, John Lockwood and Johnathan Blake, among others.