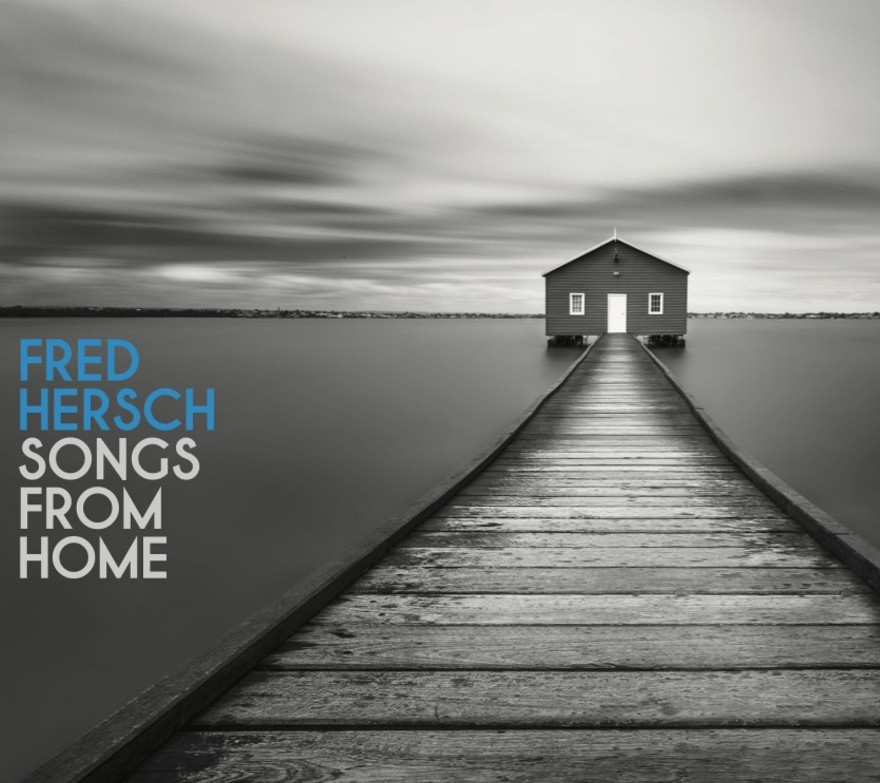 “Ever since I heard Fred Hersch for the first time, he not only became a dear friend but a true idol. His piano playing, his music making, his breath, style, sound and soul are absolutely unique. He sets music free. He speaks directly to all of our hearts. A true Mensch at work. Fred Hersch is a gift to all of us and Songs From Home is another proof of this simple and yet essential truth.”
– Igor Levit, celebrated concert pianist

“When it comes to the art of solo piano in jazz, there are currently two classes of performers: Fred Hersch and everybody else.” – Dan Bilawsky, All About Jazz

On Songs From Home, Hersch explores nostalgic pop songs, heartfelt originals and resonant jazz classics with his inimitable expressiveness and rich invention in the intimacy of imposed isolation

When the country went into lockdown earlier this year, pianist/composer Fred Hersch was among the first to find a new way forward, checking in every afternoon for nearly two months with his “Tune of the Day” performances on Facebook. The experience prompted his intimate and reflective new solo album, Songs From Home. The ten-song collection, responds to the tumult of the world outside with an embrace of nostalgia and warmth, captured in the tranquility of the pianist’s rural Pennsylvania home.

“It’s kind of a comfort food album,” Hersch admits, “with a little badass stuff in there, too. I didn’t want to make an easy listening record, but I did want to play some music that would make people happy.”

Comfort and happiness are in all too short supply these days, as a global pandemic rages on with no end in sight and the U.S. rapidly approaches the most contentious and consequential election in generations. Against that backdrop, Hersch is celebrating his 65th birthday in October, reaching retirement age while facing the uncertain future of a music industry in crisis. He’s recently done his part to help his peers, releasing a live duo album with bassist/vocalist Esperanza Spalding in June to benefit the Jazz Foundation of America’s COVID-19 Musicians’ Emergency Fund. Songs From Home is a more personal endeavor, a showcase for the embracing invention of his remarkable solo playing as well as an expression of hope for better days to come.

“All of my musician friends are faced with similar challenges at this time,” Hersch says. “The rug got pulled out from under us and our identity has been taken away. So all of us are thinking about how we’re going to make a living until we reach whatever the new paradigm becomes.”

Recording in the comfort and privacy of one’s own home comes with some obvious benefits, removing the pressures of time and money related to a recording studio. But it also presents its own unique challenges, not the least of which are the eccentricities of an instrument meant only as a practice tool. “Any solo record is essentially about the relationship between the pianist and the particular piano,” Hersch says. “My piano is a 50-year old, seven-foot Steinway Model B, and there are certain things that it does extremely well and other things that are a bit more flawed. Steinways all have personalities; they’re very handmade items. Rather than be frustrated that it wasn’t a perfect piano, I embraced the flaws.”

That embrace is especially evident on Songs From Home during Jimmy Webb’s “Wichita Lineman” and Cole Porter’s “Get Out of Town.” There’s a prominent percussive “thunkiness” to the piano’s D above middle C, a note that is prominent and both tunes and which prompts a particular attack in Hersch’s interpretations. But his familiarity with the piano also creates the ideal setting for an album in large part comprising songs with which the pianist has a long and deeply personal history, or which resonate profoundly with the situation in which they were recorded.

That’s certainly true of opener “Wouldn’t It Be Loverly,” which Hersch thinks of as “a benediction or an aspiration. “ The song sets a wistful mood that seems to look past the travails of the present to a time when people can congregate together once again. “Wichita Lineman,” made famous by Glen Campbell’s hit version, and Joni Mitchell’s “All I Want” harken back to an era when pop songs could be harmonically rich and emotionally resonant creations, ripe for Hersch’s incisive explorations. Both also feature lyrics that craft vivid characterizations, in each case presenting a lonesome tale of lost love on the open road – perhaps not coincidental to a time when so many of us are suffering isolated conditions and yearning to travel far beyond our confining walls – to “Get Out of Town,” as the upbeat Porter classic urges.

A similar sentiment is also at the heart of Duke Ellington’s “Solitude,” which Hersch renders with straightforward, fragile beauty. The equally heartrending “Sarabande” is a Hersch original, the title track from his second trio album in 1986, featuring Joey Baron and the late Charlie Haden. It’s followed by an introspective version of Kenny Wheeler’s rarely-reprised “Consolation (A Folk Song),” which pairs the familiarity of a folk-like melody with a rapturous grace. “West Virginia Rose / The Water Is Wide” pairs a tender original that Hersch wrote for his mother and grandmother (“two Jewish ladies from West Virginia”) with an Appalachian folk song that the pianist associates with his childhood.

The Beatles were also important to Hersch’s formative years, and with his 65th looming there seemed no better time to revisit the Sgt. Pepper classic “When I’m Sixty-Four.” Hersch translates the British music hall stylings of the Lennon/McCartney original as a dancing stride tune to conclude the album on a cheerful note. The song is one of two stride excursions on the album, along with the more period-appropriate “After You’ve Gone,” which dates to 1918 and has been recorded by everyone from Louis Armstrong to Guy Lombardo to Judy Garland to Anthony Braxton.

Like the “Tune of the Day” series, Songs From Home allows Hersch to discover a new if imperfect normal, to continue to connect with listeners however distant they may be for the time being. “In the beginning,” he explains, “I think it was a way for me to feel like I wasn’t helpless. I needed to remind myself that music will go on and I’ll be able to continue playing the piano for people, even if it’s in a new way.