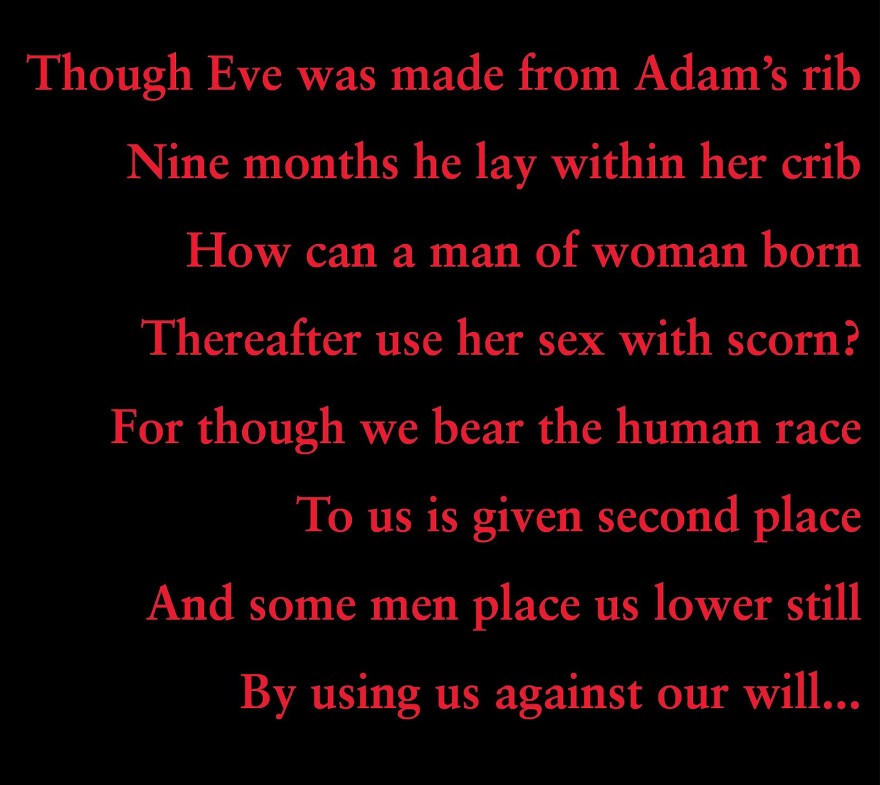 “Wooley’s investment [is] in the imaginative and emotional side of an experience that’s both physical and not.” — Justin Cober-Lake, PopMatters

“The prettiest, most progressive campfire music ever.” — Zachary Woolfe, The New York Times

Genre-defiant trumpet player and composer Nate Wooley brings together artists from seemingly disparate musical communities with the release of Seven Storey Mountain VI on Pyroclastic Records, the sixth iteration of his ecstatic song-cycle.

In the spirit of creation through energetic confrontation, Wooley engages 14 artists who identify with varied and mingling musical lineages, using their musical histories and strengths as the building blocks of the composition. Seven Storey Mountain features contributions from core collaborators: drummers Chris Corsano, Ryan Sawyer and Ben Hall, and violinists C. Spencer Yeh and Samara Lubelski — all of whom Wooley considers the series’ “nuclear family.”

“The SSM family has grown over time, but these artists have played on almost every single one,” says Wooley. The album’s extended family comprises lauded pedal steel guitarist Susan Alcorn; Rhodes players Emily Manzo and Isabelle O’Connor; and electric guitarists Ava Mendoza and Julien Desprez, the latter of whose playing Wooley describes as “kind of like someone threw a machine gun into a blender.”

This movement of the Seven Storey Mountain song cycle, which began in 2007, is the first completely new version since Seven Storey Mountain V which Wooley recorded in the fall of 2015. In the interim, his ensemble has grown and his composition has developed through multiple performances across Europe, Canada and the United States.

This release also reflects the first version of Seven Storey Mountain that utilizes song material outside of Wooley’s original composition, using the first eight lines of Peggy Seeger’s 1979 song “Reclaim the Night” as a compositional and emotional touchstone throughout the piece. As the album releases from the peak of its ecstatic energy, channeling its momentum into a new resonance, listeners encounter an all-female choir performing an arrangement of Seeger’s anthem by Wooley and singer-composer Megan Schubert, who led the choir and lent her singing and speaking voice to both performance and recording.

Seven Storey Mountain VI premiered live in November, 2019 at Saint Peter’s Episcopal Church in Manhattan to an audience whose members encountered music that rose from almost silent humming to the raw power of the 21-person choir that concludes the piece. The group recorded the next afternoon under the guidance of studio and production master Ron Saint Germain (Bad Brains, Sonic Youth, Ornette Coleman), who captured, preserved and elevated that thrilling energy on the record. “This is the most beautifully reproduced version I’ve ever had of not only the monolithic sound of the ensemble but the ecstatic spirit of the music,” said Wooley.

In a measured act of resistance toward playlist culture that often exalts the digestible single, and in an effort to translate the live experience to tape, Wooley chose to present the entire album as an extended 45-minute track.

“In performance, the idea behind that has a lot to do with duration,” he says. “You should sit and listen to it, especially in the space where it’s incredibly loud and the sound bounces around. It’s meant to give an ecstatic feeling. And I wanted it to feel full on the record, to flow from one bit to the next.”

As with all Seven Storey Mountain releases, the music culminates in a massive arc of energy when, according to Wooley, the artists are playing at their rawest, most vulnerable states of consciousness. “A lot of the parts can feel aggressive,” he says. “I view all of that as something that is necessary to the production of something new. That feeling of ecstasy has to come from some sort of pressure.”

Producing a new version of Seven Storey Mountain, so much depends upon new readings of existing work. Wooley integrates samples, melodic loops and essential patterns from past SSM recordings and live performances, stripping down any layers of sound or construction he deems inessential. This compositional process not only serves to connect the music from one SSM to the next but to continue the project’s familial legacy, often including manipulated mixes of past collaborators who may not appear on the current version’s release.

Another hallmark of the Seven Storey Mountain sound philosophy is the collaborative paradigm Wooley has termed “mutual aid music.” Rather than chart out music for the album in a singular format, he meets his collaborators where they flourish as individuals. Some of his fellow artists prefer chord charts; others prefer to learn music through listening and oral direction; while others feel most comfortable reading meticulously notated orchestral scores. All of his collaborators thrive somewhere on the spectrum between notation and improvisation.

“Integrating the mutual aid music paradigm is a big deal for me because it goes beyond the piece of music itself,” says Wooley. “It’s a way for communities to come together without everyone having to learn a separate language.” In many ways, communion is key to Seven Storey Mountain VI, from the inclusive composition process to the gathering of “family” musicians; from sharing of the ecstatic experiences to engaging a broader community via Wooley’s album’s royalties donation to the National Council Against Domestic Violence. Through its spirited confrontation comes energetic creation. 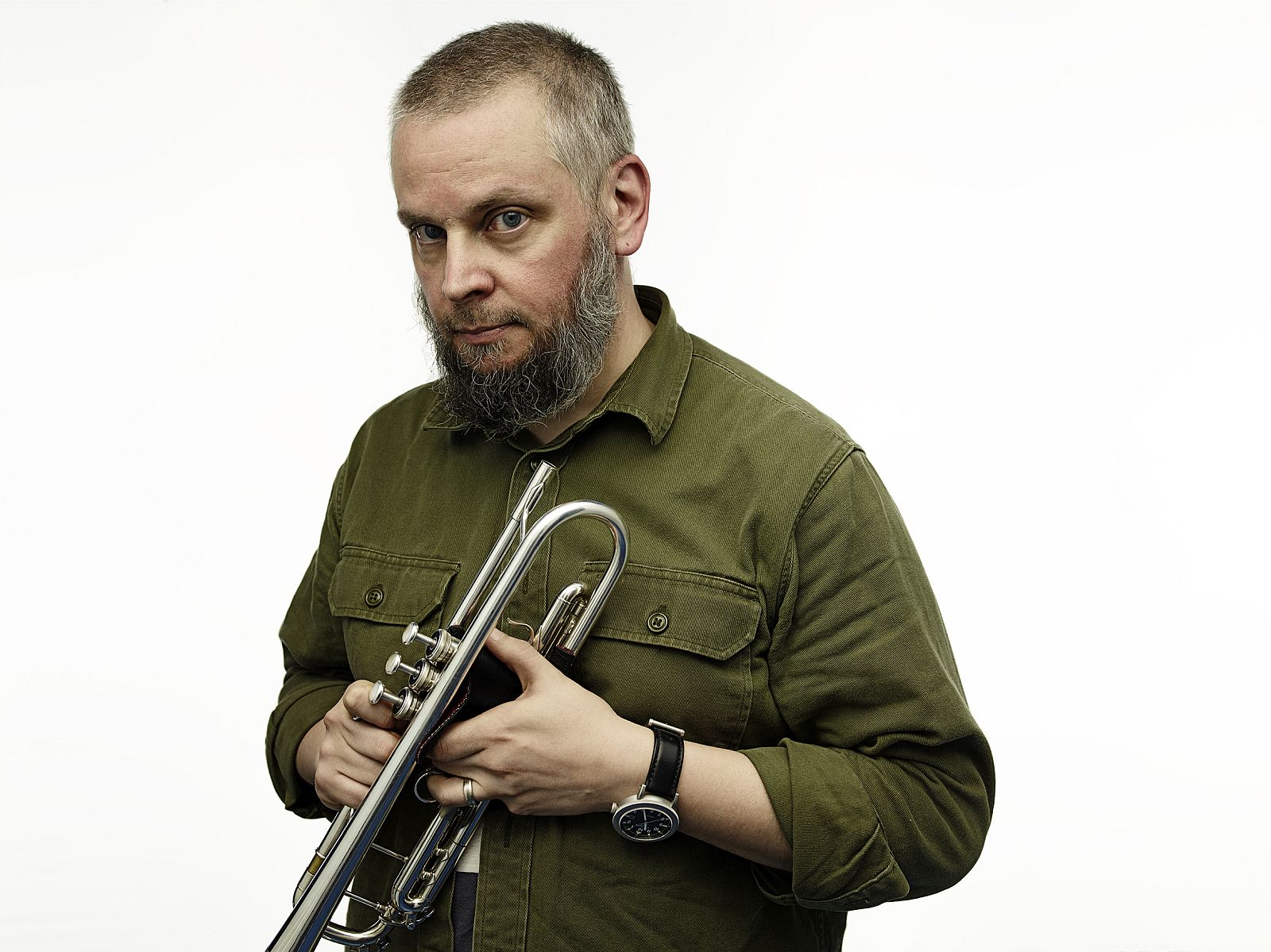 At 13, trumpet player and composer Nate Wooley began playing professionally with his father, a big band saxophonist in Clatskanie, Oregon. In 2019, he debuted as a soloist with the New York Philharmonic. Considered one of the leading lights of the American movement to redefine the physical boundaries of the horn, Wooley has gathered international acclaim for his idiosyncratic trumpet language. Since moving to New York in 2001, he has become one of the most in-demand trumpet players in Brooklyn’s intersecting jazz, improvised, noise and new music scenes. He’s performed regularly with John Zorn, Anthony Braxton, Eliane Radigue, Annea Lockwood, Ken Vandermark and Yoshi Wada, and premiered works for trumpet by Christian Wolff, Michael Pisaro, Annea Lockwood, Ashley Fure, Wadada Leo Smith, Sarah Hennies and Eva-Maria Houben. In 2016, he received the Foundation for Contemporary Arts Grants to Artists Award. Nate currently works as editor-in-chief of their online quarterly journal Sound American.