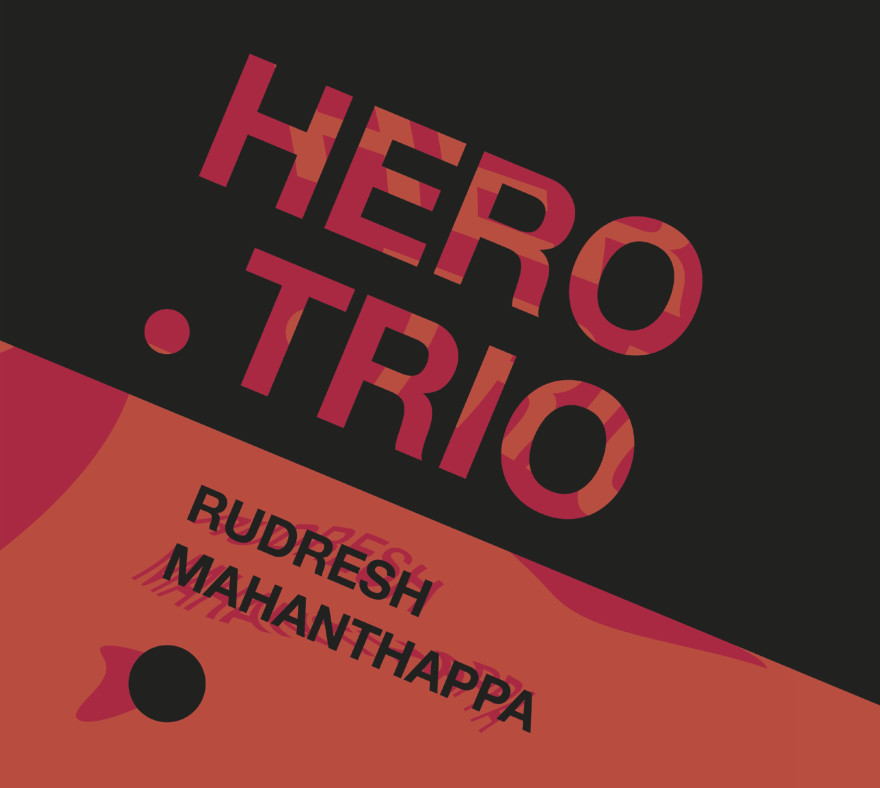 “[Rudresh is] making truly some of the most original jazz out there at the moment.” – Brian Zimmerman, Jazziz Daily Brunch

“An early contender for Album of the Year…. Mahanthappa’s sound on alto is as expressive as ever, and it’s easy to hear the joy these three find in such disparate sources.” – Bret Saunders, Denver Post “The Know”

“Hero Trio is that ‘all-covers’ record, which is about the only thing this boundary-pushing composer, bandleader and ace reedman hadn’t yet attempted in one of the most creative jazz careers since the turn of the 21st century…. here is a large window into what makes Rudresh Mahanthappa tick, what lights his fire, what shaped him into the artist he is today…. Hero Trio has just as many delightful surprises and audacious musicianship as any other Mahanthappa record.” – S. Victor Aaron, SomethingElse! Reviews

“The album, and the set, wind up with an explosive and highly creative re-imagining of Parker’s tune Dewey Square (also known as Prezology or Bird Feathers), with the saxist virtually exploding creative new ideas from moment to moment and Mouton supporting and egging him on… a top pick as one of the best of this year.” – Lynn René Bayley, Art Music Lounge

The last time Rudresh Mahanthappa went into the studio with bassist François Moutin and drummer Rudy Royston they recorded one of the decade’s most acclaimed albums, 2015’s Bird Calls (ACT). The quintet session with pianist Matt Mitchell and trumpeter Adam O’Farrill featured the altoist’s original compositions inspired by the extraordinarily rich idiom forged by bebop architect Charlie Parker. In many ways his new album Hero Trio is a companion piece to Bird Calls, but this time Mahanthappa draws directly on the music of his formative influences. Hero Trio offers a revelatory window into his wide-open aesthetic with a disparate program that begins and ends with Bird.

“I think it is a continuation of sorts,” says Mahanthappa, whose responsibilities as a father and the Anthony H. P. Lee ’79 Director of Jazz at Princeton University have kept him close to home in Montclair, New Jersey in recent years. “If I’m thinking about music that’s inspired me to pick up the saxophone Charlie Parker is at the top of my list. Those tunes are some of the first I heard. All of these pieces had a powerful impact on me.”

One of the era’s definitive saxophonists, Mahanthappa has topped numerous jazz critics polls over the past 15 years. His recordings are regularly recognized as among the best of the year, and his cast of collaborators includes artists who have earned similar distinction, including pianist Vijay Iyer, guitarist Rez Abbasi, and saxophonist Steve Lehman. 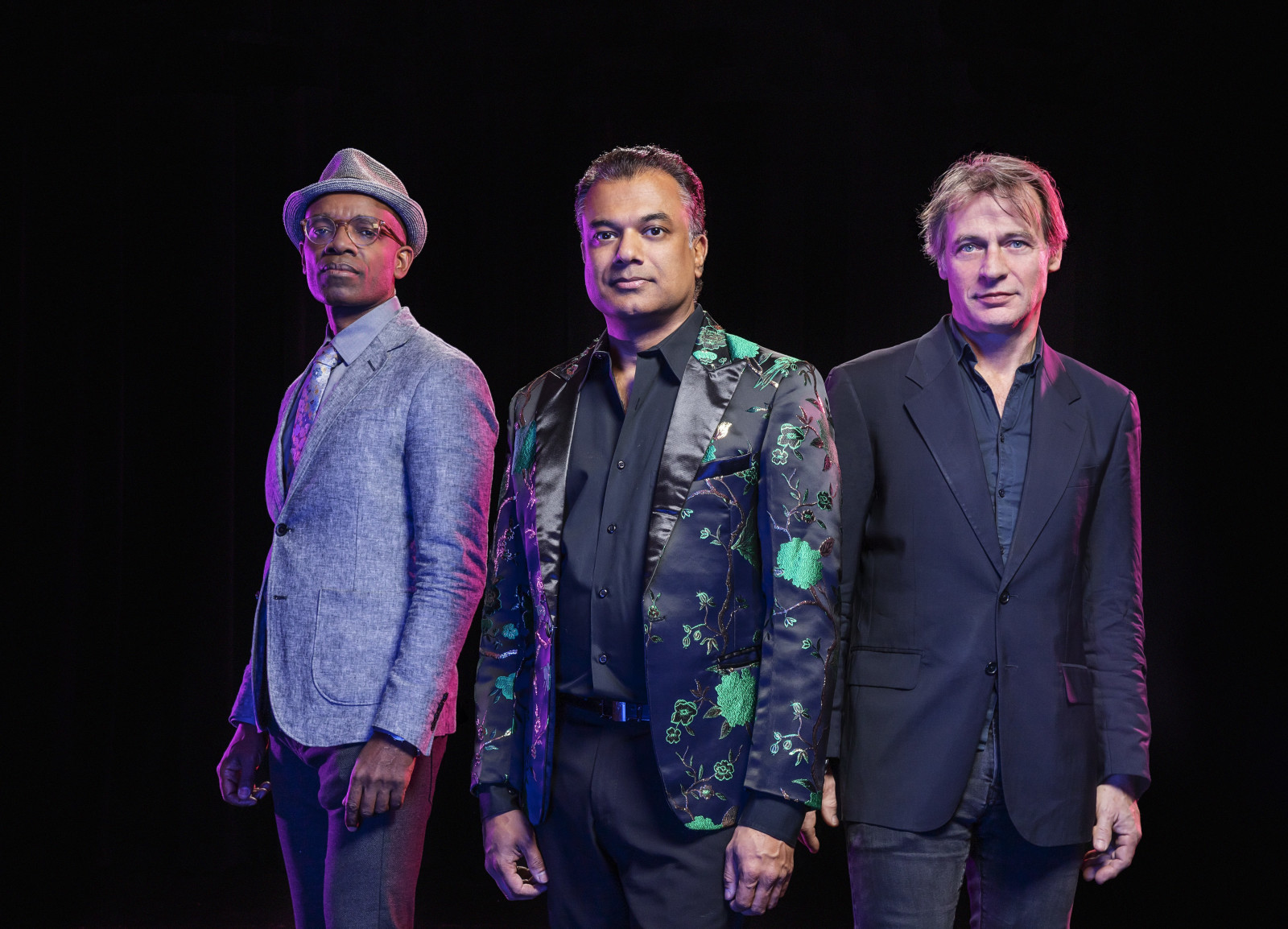 The trio with Moutin and Royston emerged out of gigs with the Bird Calls quintet when sound checks gave them brief opportunities to play in the stripped-down setting. But the bonds between Mahanthappa and his bandmates extend back decades. He and Royston were buddies growing up in the Boulder/Denver area, and they played in a band together in the early 1990s. After being out of touch for many years, they rekindled the relationship when Royston moved to New York City about a decade ago.  Since then Royston has become one of the music’s most sought after players, a standout talent on a scene overflowing with extravagantly talented drummers. Moutin is similarly in demand. Mahanthappa met the bassist in the fall of 1997 within weeks of moving to New York City and they’ve collaborated intermittently ever since. The bassist and drummer hadn’t played much together before Bird Calls, “but they connected so well and sounded so good,” Mahanthappa says.

The album opens and closes with Mahanthappa’s arrangements of classic Parker tunes that Bird first recorded in the 1940s, kicking off with a blazing romp through the rhythm changes of “Red Cross” and closing with an equally ferocious run through “Dewey Square” (also known as “Prezology” and “Bird Feathers”). In between the trio dips back into the Bird songbook, referencing the mambo bounce on “Barbados,” then segueing into Coltrane’s “26-2,” a contrafact of Bird’s “Confirmation.” A dizzying hall of mirrors, the performances are so rich and evocative it’s hard not to wish for a full plunge into ornithology. For Mahanthappa, these are foundational tracks. “They have a sense of humor that’s really unique in Parker’s canon,” he says. “‘Barbados’ has that quasi-Caribbean thing, and ‘Red Cross’ and ‘Dewey Square’ contain an inherent momentum.”

Possessing one of the most immediately identifiable sounds in jazz, Mahanthappa is at his most buoyantly lyrical on Stevie Wonder’s 1985 hit “Overjoyed,” an intricate arrangement by pianist Danilo Perez that features some of Moutin’s brilliantly orchestral bass work. It’s a tune that Perez plays with his own trio, and his chart for the trio is another step in a promise-laden relationship that first surfaced on the pianist’s acclaimed 2010 album Providencia (which features two brief duo tracks with Mahanthappa).

If there’s a surprise on Hero Trio it’s Mahanthappa’s tricky arrangement of “Ring of Fire.” At first listen the piece seems like an unadorned rendering of the iconic Johnny Cash song, but the addition of one beat to the third measure subtly changes the rhythmic cadence. “But even doing that is keeping in the context of his music,” Mahanthappa says. “You look at his music and it has phrases of all sorts of bar length. He and Dolly Parton write with complex, surprising phrase lengths that feel really natural and conversational. Cash is someone that inhabited large chunks of my childhood.”

He encountered Keith Jarrett a little further down the line in college when a friend told him he needed to check the pianist out. He did exactly that when he found a copy of the 1974 ECM album Belonging at the library, and the trio’s version of “The Windup” captures the bursting, exuberant joy that made Jarrett’s European quartet such a creative force. “The music sounds like it’s going to explode,” he says. “Jan Garbarek is unbelievable. His sound is so rich, with so many overtones. Doing this piano-less is kind of nuts, but if you listen François plays a lot of Keith’s fills.”

Moutin’s arco work sets the scene for the trio’s brief, buzzy take on Ornette Coleman’s “Sadness,” a balladic vehicle for some particularly keening playing by Mahanthappa. The theme was introduced by Coleman’s great trio with Charles Moffett and David Izenzon on Town Hall, 1962. He pays tribute to several other seminal pianoless trios with a high velocity deconstruction of “I’ll Remember April,” a tune recorded by Sonny Rollins on his Blue Note album A Night at the Vanguard in 1957 and Lee Konitz in 1961 on his trio session Motion. It all adds up to a tour de force performance that honors the past by seizing the present, as Mahanthappa, Moutin and Royston play with an immediacy that flows from confident intimacy. In other words, it’s just what jazz fans have come to expect from Mahanthappa. 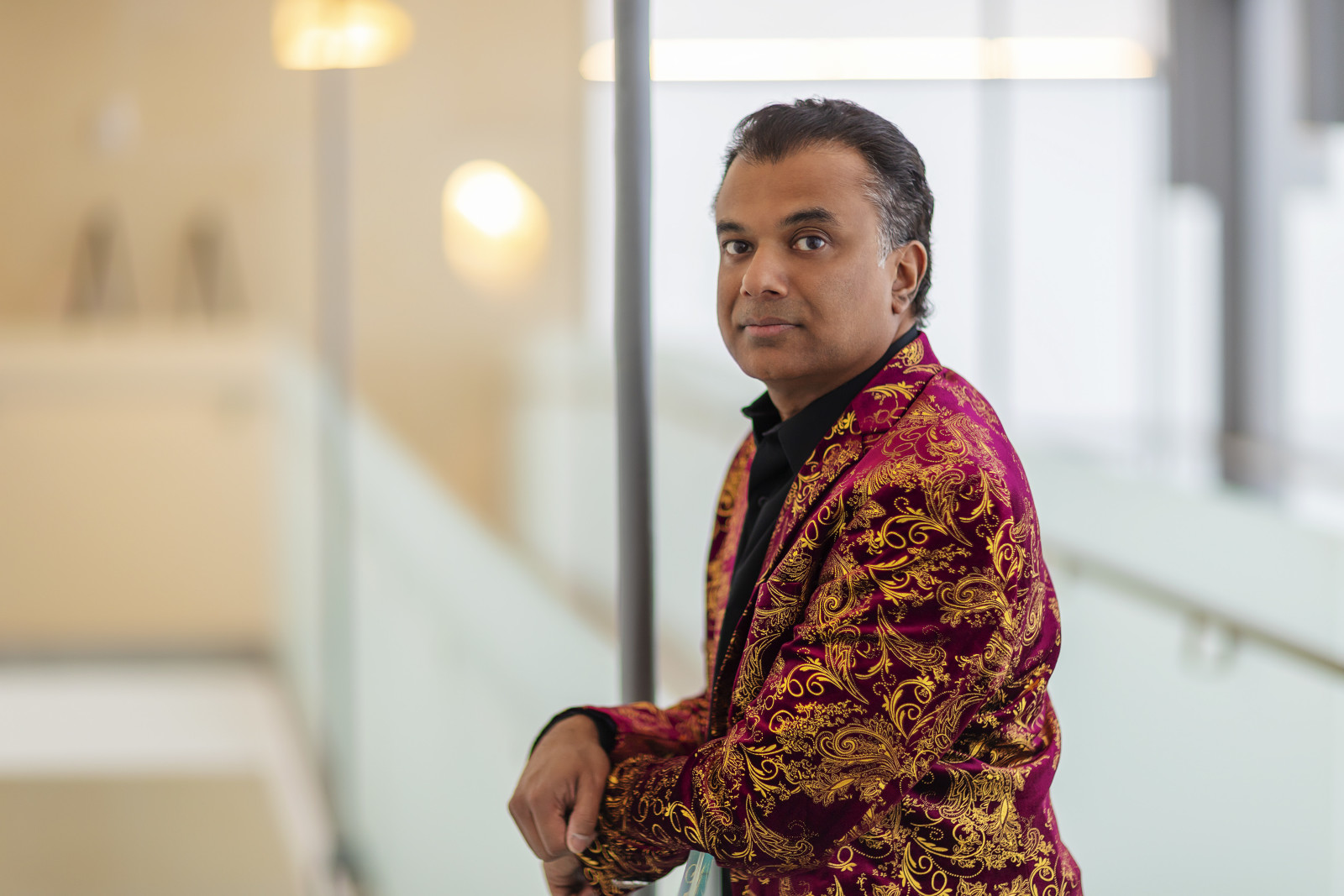 Born May 4, 1971 in Trieste while his father was on faculty at Italy’s International Centre for Theoretical Physics, Mahanthappa grew up in Boulder after K. T. Mahanthappa took a tenure track position at the University of Colorado. Turned onto jazz in elementary school he soaked up the sounds of Grover Washington Jr. and David Sanborn, the Yellowjackets and the Brecker Brothers. An encounter with Charlie Parker’s Savoy sessions set him on a different path. “This really rocked my world, that side.”

He graduated from Berklee in 1991 and went on to earn an MM in jazz composition from Chicago’s DePaul University in 1995. Mahanthappa first gained widespread attention at the turn of the century with pianist Vijay Iyer as they recorded on each other’s albums and in the duo they introduced on 2006’s Raw Materials (Savoy Jazz). His creative evolution was also shaped by his encounter with Kadri Gopalnath, who introduced the saxophone into South Indian classical music. Studies with the Carnatic saxophone master led to the acclaimed 2008 Carnatic jazz album Kinsmen (Pi). Mahanthappa deepened his relationship with the South Indian tradition via a 2007 Guggenheim Fellowship, which resulted in 2011’s dazzling Carnatic fusion album Samdhi (ACT Music).

He found another powerful mentor in veteran altoist Bunky Green, an emotionally raw player with whom he recorded on 2010’s Apex (Pi). More recently Mahanthappa has toured and recorded with the trios MSG (with Ronan Guilfoyle on bass and Chander Sardjoe on drums) and the Indo-Pak Coalition (with Rez Abbasi on guitar and Dan Weiss on tabla). In another path that leads back to Bird he’s touring throughout 2020 with Fly Higher, a group co-led with drummer Terri Lyne Carrington founded to celebrate Charlie Parker’s centennial. With Hero Trio, Mahanthappa pays Parker the ultimate tribute with a project that summons his indefatigably creative spirit into the 21st century.