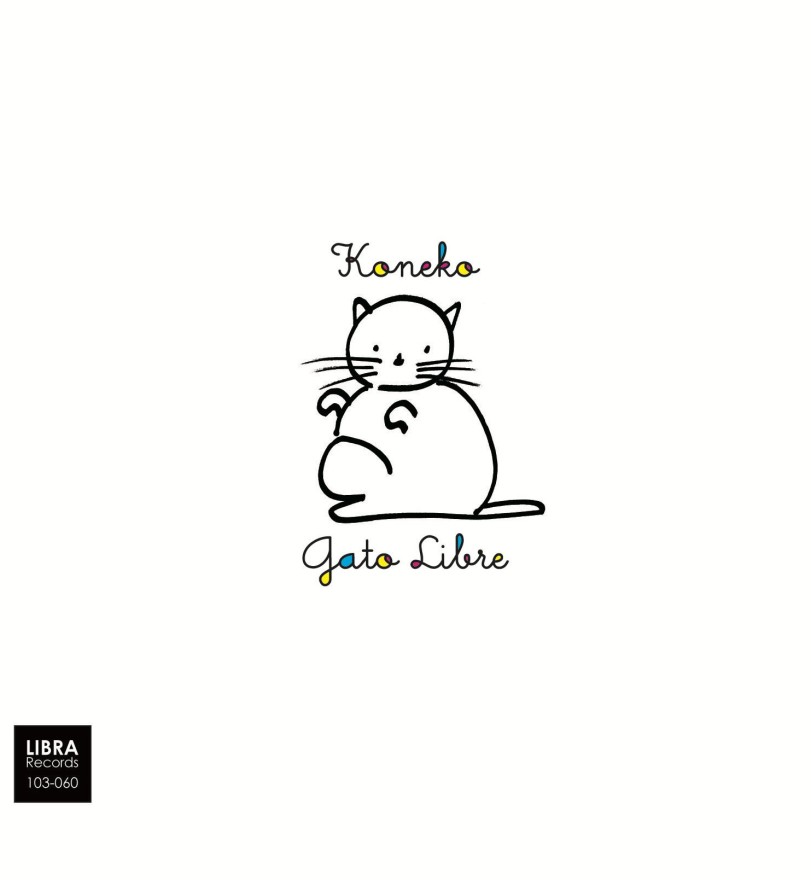 Koneko, the latest release by Gato Libre, draws listeners in with its lyricism and simple melodies. But it is a deceptive simplicity. The trio, led by trumpeter-composer Natuski Tamura and featuring Satoko Fujii on accordion and trombonist Yasuko Kaneko, develop their solos to sustain a meditative atmosphere as they play, blending improvisation and composition into an integrated whole. It all sounds effortless and relaxed, but it is the product of great musical discipline, close listening, and a sophisticated understanding of form. The group’s eighth album is a quiet masterpiece of virtuosity masquerading as folk-like simplicity.

There is a lot of sonic variety and musical detail in the meditative unfolding of the performances. Tempos may be slow, but there is always something interesting happening. On “Yameneko,” the accordion and brass split the melody, providing contrast. The stately flow of improvisations start to unfold over Fujii’s accordion drone, with trumpet and trombone working individually and together. A trumpet-accordion duet features some of Tamura’s best soloing on the album as Fujii creates a shimmering background punctuated by chords. A trombone-accordion duet provides a delicate setting for the graceful legato phrasing and subtle inflections of Kaneko’s trombone. “Kaineko” opens with a poignant melody and evolves into some of the most turbulent music on the disc before settling back into the original wistful theme. The group’s deep understanding of Tamura’s intentions makes it all cohere into a balanced whole. Each piece reveals new sounds and feelings as it progresses, from the intimate, tender exchange of musical ideas between Tamura and Fujii on “Doreneko” to the contrasting tones and textures of Tamura and Kaneko on “Noraneko” to the rhythmic tensions that propel “Ieneko.”

Gato Libre has always stood in contrast to the wildly energetic music Tamura made with previous bands such as his avant-rock/jazz quartet or in the collective quartet Kaze. The differences don’t faze him at all. “You know, I like Korean food. I also like Italian food and Chinese. I think the music is like that for me. I like the variety and differences.”

The group was founded as a quartet in 2003 and originally included bassist Norikatsu Koreyasu and guitarist Kazuhiko Tsumura. However, Koreyasu died unexpectedly in 2011 and Kaneko was brought on board. Tragedy struck a second time in 2015, when Tsumura passed, and Gato Libre has continued as a trio ever since. Although the personnel changed, the idea of the band has not. “The sound of the band has been the same since I started Gato Libre,” Tamura says. “So I’ve never changed my approach to composing for the group. I want the improvisations of the band to carry the atmosphere of the compositions, which is serene and calm.”

Trumpeter and composer Natsuki Tamura is internationally recognized for his unique musical vocabulary blending extended techniques with jazz lyricism. This unpredictable virtuoso “has some of the stark, melancholy lyricism of Miles, the bristling rage of late ’60s Freddie Hubbard and a dollop of the extended techniques of Wadada Leo Smith and Lester Bowie,” observes Mark Keresman in JazzReview.com. Throughout his career, Tamura has led bands with radically different approaches. On one hand, there are avant rock jazz fusion bands like his quartet, whose album Hada Hada Peter Marsh of the BBC described this way: “Imagine Don Cherry woke up one morning, found he’d joined an avant goth-rock band and was booked to score an Italian horror movie.” In contrast, Tamura has focused on the intersection of folk music and sound abstraction with Gato Libre since 2003. The band’s poetic, quietly surreal performances have been praised for their “surprisingly soft and lyrical beauty that at times borders on flat-out impressionism,” by Rick Anderson in CD Hotlist. Tamura also collaborates on many of Fujii’s projects, from quartets and trios to big bands. As an unaccompanied soloist, he’s released three CDs, including Dragon Nat (2014). He and Fujii are also members of Kaze, a collaborative quartet with French musicians, trumpeter Christian Pruvost and drummer Peter Orins. “As unconventional as he may be,” notes Marc Chenard in Coda magazine, “Natsuki Tamura is unquestionably one of the most adventurous trumpet players on the scene today.”

Over the years, Fujii has led some of the most consistently creative ensembles in modern improvised music, including her trio with bassist Mark Dresser and drummer Jim Black and an electrifying avant-rock quartet featuring drummer Tatsuya Yoshida of The Ruins. Her ongoing duet project with husband Natsuki Tamura released their seventh recording, Pentas, in 2020. “The duo’s commitment to producing new sounds based on fresh ideas is second only to their musicianship,” says Karl Ackermann in All About Jazz. As the leader of no less than five orchestras in the U.S., Germany, and Japan (two of which, Berlin and Tokyo, released new CDs in 2018), Fujii has also established herself as one of the world’s leading composers for large jazz ensembles, leading Cadence magazine to call her, “the Ellington of free jazz.”

Yasuko Kaneko is a Japanese trombonist and composer. Born in 1965 in Chiba, Japan, she began with the French horn, but felt that the trombone was a better instrument for her self-expression. She studied classical trombone under Yuri Iguchi, and jazz trombone under Shigeharu Mukai. In 1992 Kaneko began playing in big bands, and by 1998 she was playing in small jazz combos and had formed her own group. Kaneko has also performed in Satoko Fujii’s orchestra (Kobe), and with Danish saxophonist Lotte Anker, Japanese vocalist Koichi Makigami and others. She joined Gato Libre in 2012. Reviewing the group’s 2014 CD, DuDu, in Something Else!, S. Victor Aaron praised Kaneko’s ability to use “the wide resonance of the trombone to add color to these songs” as well as “her luscious articulation.” She currently conducts improvisation workshops and performs improvised music, jazz, contemporary music, and beyond.