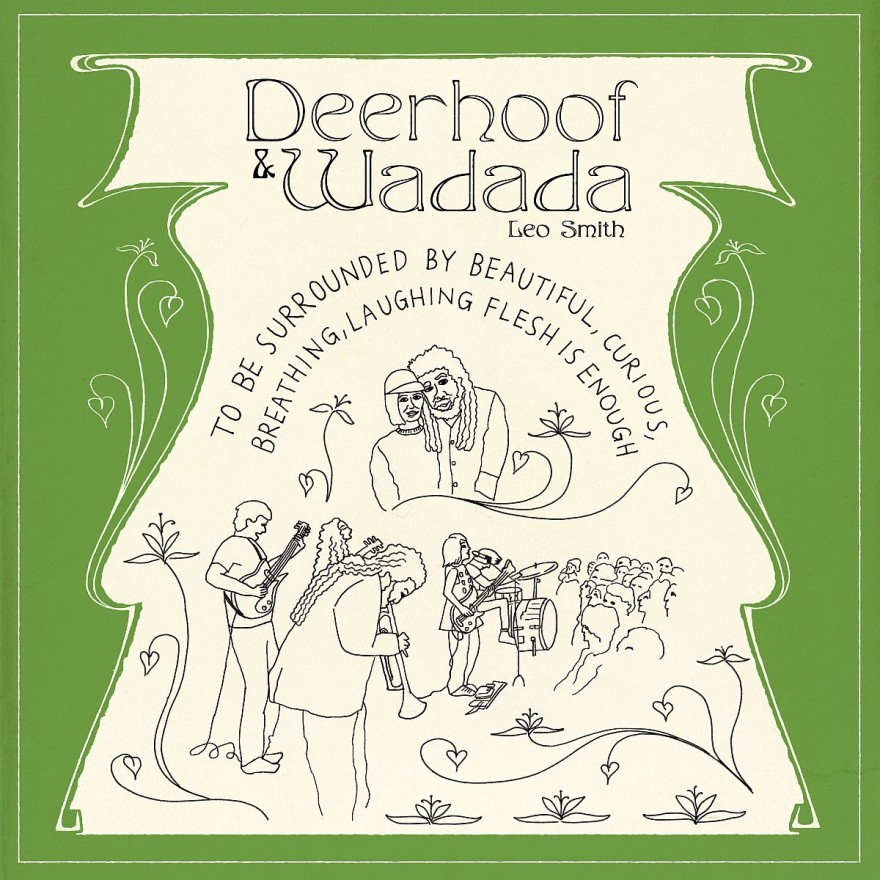 Deerhoof today announced that their new live album To Be Surrounded By Beautiful, Curious, Breathing, Laughing Flesh Is Enough will be released as a Bandcamp exclusive.Sharing its name with a line from Walt Whitman’s “I Sing The Body Electric” and comprising 11 beloved tracks not found on Deerhoof’s last live album (Fever 121614), the new live album captures the band of Satomi Matsuzaki, Ed Rodriguez, John Dieterich, and Greg Saunier in peak form and culminates in a thrilling five-song collaborative set with legendary avant-garde jazz trumpeter/composer Wadada Leo Smith as part of New York City’s Winter Jazzfest at Le Poisson Rouge. All album proceeds will benefit Black Lives Matter, and the digital pre-order is now available to purchase HERE alongside a stream of the first preview track featuring Smith, “Breakup Songs.”

Wadada Leo Smith says of the organization: “Black Lives Matter has been doing fantastic work in keeping the rights and the liberty issues up-front in the minds of the Americans and international peoples. I think that BLM organization is an excellent place to give support to and to help bring democratic practices into the American society. Since in today’s world, true democracy is not practiced anywhere on the planet. Human Rights is a colossal type of event for anyone to realize, and it’s hard to do. But it must be done and I believe it can be achieved. What makes it so hard is that true democratic principles demand that all human beings respect the rights of others, and that we develop the capacity to share the wealth, the power and the earth and the sky together, with the condition that we collectively work to build a peaceful world. For all of us!”

Saunier adds: “Part of what makes touring life so great was how unpredictable it is. All the unexpected encounters, promoters and audiences and performers willing to take a risk. That’s what playing together with Wadada was for us. The corporate world seems to want to define ‘musician’ as ‘internet content competitor’ but the actual people who make music have to find ways out of that trap. That’s why I’m touched that a master improviser like Wadada would bring up true democracy. To me, democracy and improvisation are linked, and they appear spontaneously at times like these, when strangers come together to take action, and there is no rulebook.”

To Be Surrounded By Beautiful, Curious, Breathing, Laughing Flesh Is Enough follows the late May digital release of Deerhoof’s critically acclaimed studio album, Future Teenage Cave Artists (Joyful Noise Recordings), available in vinyl at retail as of Friday, June 19th. Future Teenage Cave Artists has earned Deerhoof career-high reviews from Loud & Quiet (9/10), Exclaim! (9/10), Uncut (4/5), Mojo (4/5), Bust (4/5), All Music (4/5), and more. Singles included “The Loved One” and its video made from fan submissions, “Damaged Eyes Squinting into the Beautiful Overhot Sun,” released alongside an instructional video featuring guitarists Ed Rodriguez and John Dieterich for Guitar World’s Sick Riffs series that teaches fans how to play the song, the album’s title track, and “’Farewell’ Symphony,” which was released with a video supercut of six performances of the last movement of Franz Joseph Haydn’s “’Farewell’ Symphony” edited by Greg Saunier. Future Teenage Cave Artists is available to stream HERE and for physical order HERE.

Read on for more about Future Teenage Cave Artists: http://www.chromaticpr.com/2017/05/24/deerhoof/ 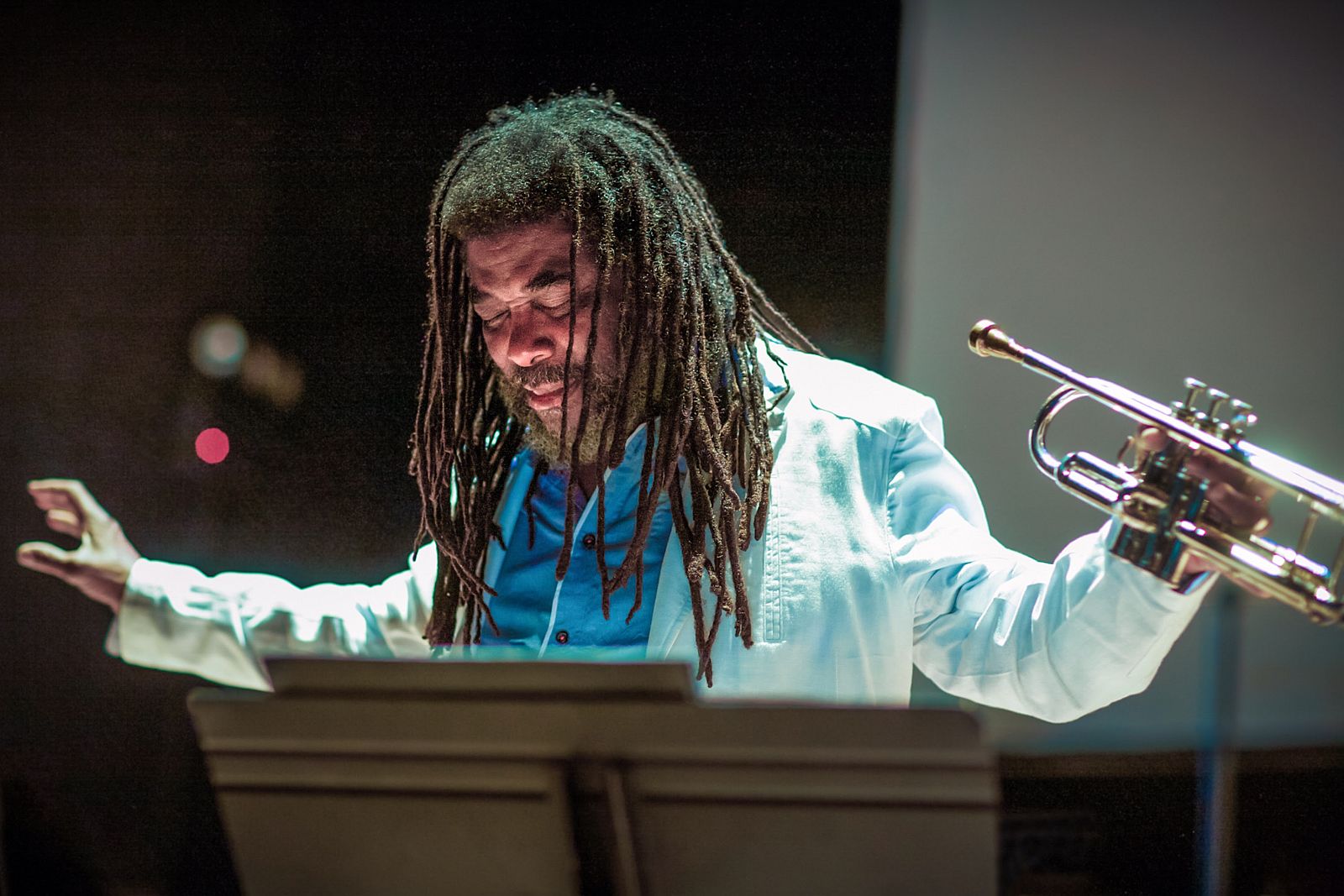 Trumpeter, multi-instrumentalist and composer Wadada Leo Smith is one of the most boldly original and influential artists of his time. Transcending the bounds of genre or idiom, he distinctly defines his music, tirelessly inventive in both sound and approach, as “Creative Music.” For the last five decades, Smith has been a member of the legendary AACM collective, pivotal in its wide-open perspectives on music and art in general. He has carried those all-embracing concepts into his own work, expanding upon them in myriad ways.

Throughout his career, Smith has been recognized for his groundbreaking body of work.  A finalist for the 2013 Pulitzer Prize in Music, he received the 2016 Doris Duke Artist Award and earned an honorary doctorate from CalArts, where he was also celebrated as Faculty Emeritus. In addition, he received the Hammer Museum’s 2016 Mohn Award for Career Achievement “honoring brilliance and resilience.” In 2018 he received the Religion and The Arts Award from the American Academy of Religion. 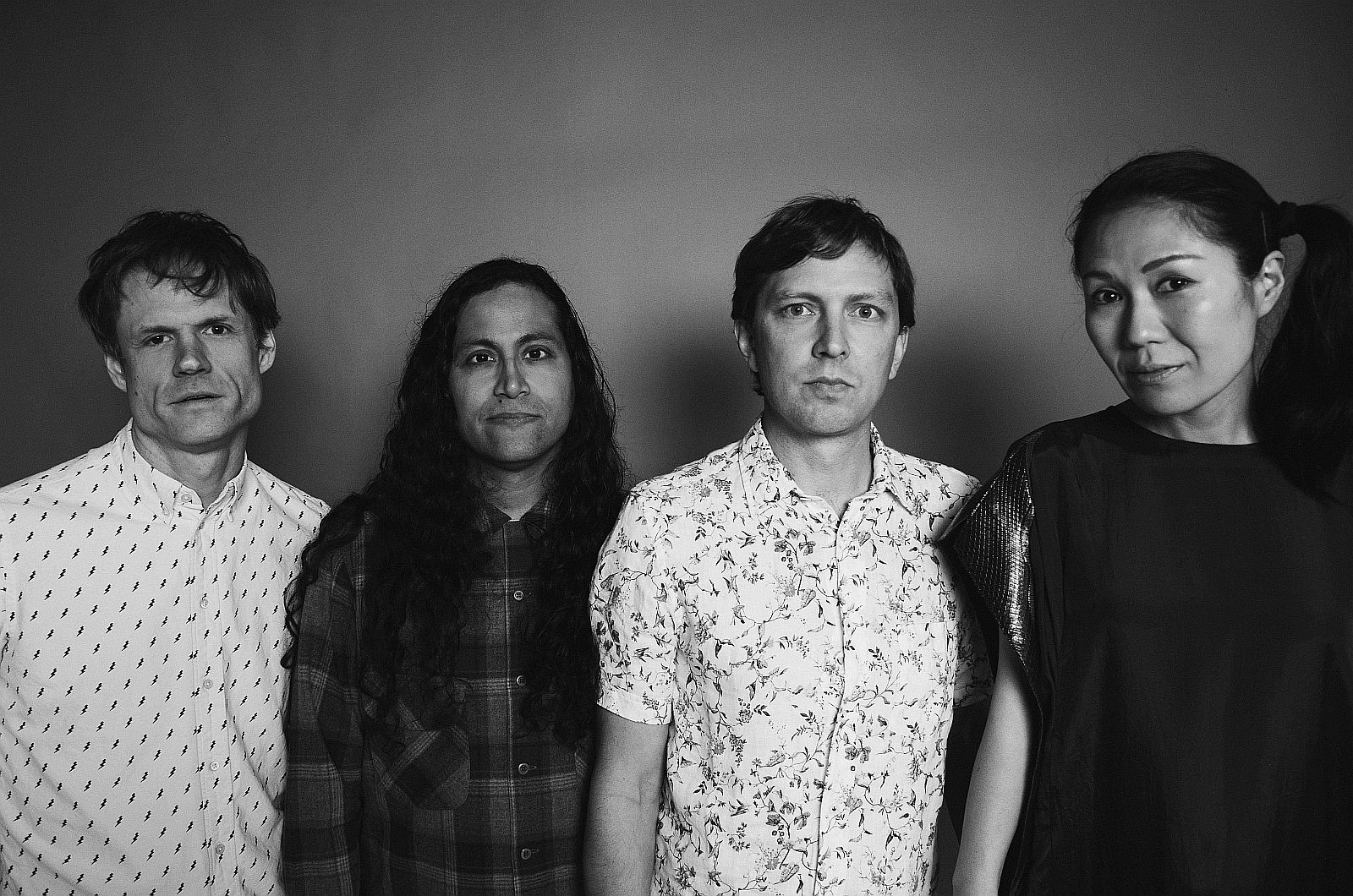 “Future Teenage Cave Artists is the kind of album that only a band like this can pull off… the perspective of a group of youths determined to live outside the system and take it down through their own DIY networks… Deerhoof have always seemed a little like Chess Grandmasters, able to be three moves ahead of everyone else… [the] quartet just get sharper and sharper.” – Loud & Quiet

“A near-constant incline in sonic richness and thematic depth over almost 15 albums has seen the band gain increased appreciation by critics, fans and their peers… as a response to the current geopolitical, economical, and cultural environment, Deerhoof have returned to the lean and scrappy sound from which they were birthed.” – Exclaim!

“Future Teenage Cave Artists’ startling sound feels like a call to action, even if some of its most stunning songs document how humanity is continually thwarted by destructive impulses… This artistic honesty, as well as the band’s long-standing need to reflect and confront the world’s problems, make Future Teenage Cave Artists remarkable proof that their experiments are as crucial as ever.” – All Music

“The indie rock legends, now 26 years into their highly experimental career… ended up capturing a world that wouldn’t be fine… a snapshot of a band deconstructing itself as the world devolves around them… ranks among the most challenging in their sprawling catalog.” – Under the Radar

“Future Teenage Cave Artists boasts a conceptual bent that seems sadly timely… the time is right for a resurgence for Deerhoof… irresistibly loopy and buoyantly Beefheartian as anything in Deerhoof’s formidable back catalogue.”  – Uncut

“a triumph of absurdity in the face of encroaching hopelessness… [a] summation of Deerhoof’s ethos twenty-five years in… The vulnerable moments are the key to this record’s revolutionary beating heart.” – Paste

“…like a hallucinating DJ set… Deerhoof have always sounded like they create in a world upside-inside-out-and-down. In 2020, the world may have finally caught up… Deerhoof foresee a world in ashes, but also beyond… they feel imported from the multiverse.” – Mojo

“As rock music reaches a crossroads of relevance, Deerhoof reps the avant-garde for the coming decade… In Deerhoof’s dystopian future, this album proves there is still sublimity and euphoric racket to be found… paints a picture of grizzled scavengers finding the moldy sheet music next to a dilapidated piano, and resurrecting the beauty preserved on the ink… the band approaches raw, lo-fi sonics like a small chamber orchestra… like a well-rounded clock while also sounding like it’s on the verge of total collapse.” – RIFF Magazine