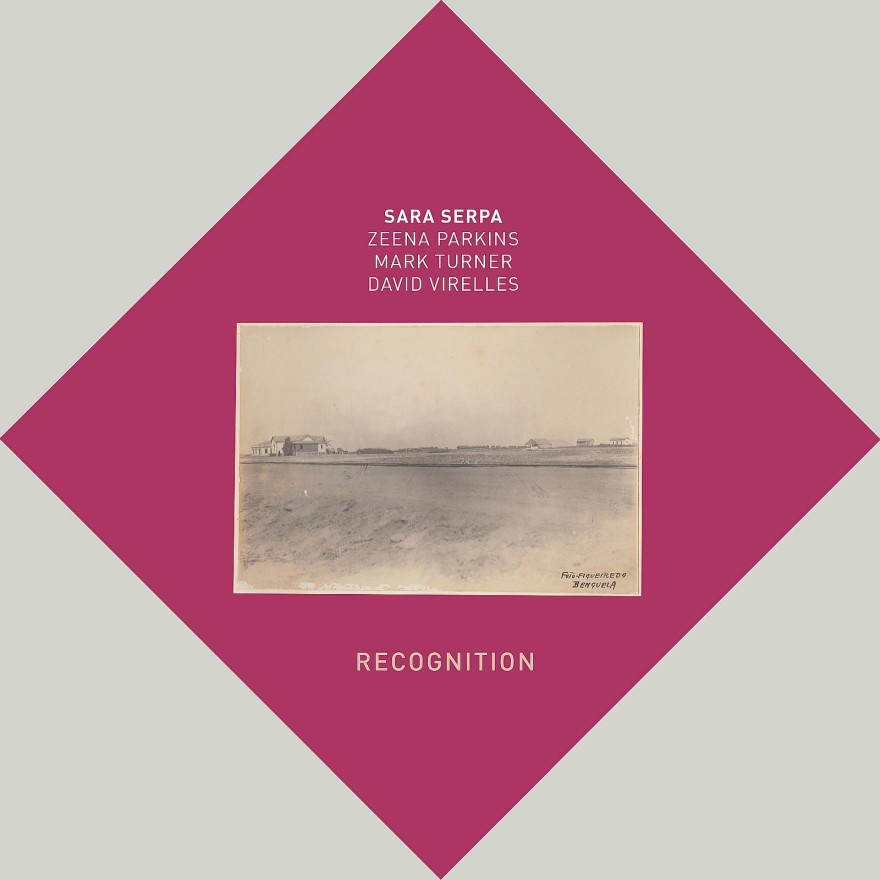 “… a singular multimedia experience both spellbinding and haunting in nature … truly beyond category.” – Dan Bilawsky, All About Jazz

“Recognition is an irreverent and poignant analysis of the place of memory … a sincere reflection on universal responsibility and social justice, Sara Serpa connects the past with the present, exposing the propaganda used by the Portugal’s fascist regime in its occupation of African nations.” – Bruno Duarte, art director and film production designer

“With Recognition, Sara Serpa looks deeply into the problems of colonialism, occupation, racism, and exploitation that have left a scar on human history and continue to impact our world today … Recognition is not only a brilliant artistic work, but an important offering that I hope will be viewed by audiences worldwide.” – trumpeter/vocalist/ composer Amir El-Saffar

“This is a fearless, exciting new work by an already remarkable artist pushing herself outside of her comfort zone from almost every angle.” – guitarist/composer Rafiq Bhatia

Sara Serpa pushes headfirst into innovative musical territory with her tenth album, Recognition: Music For a Silent Film. A collection of Serpa’s original pieces set to moving images, the album features her singing and performing spoken word alongside some of the most recognizable and distinctive artists in jazz and improvised music: saxophonist Mark Turner (Billy Hart, Tom Harrell), pianist David Virelles (Chris Potter, Henry Threadgill) and harpist Zeena Parkins (Björk, John Zorn).  Due out June 5, 2020 on Biophilia Records, Recognition will be available in BiopholioTM or digital download with code for film screening

Recognition is a singular multi-disciplinary work that traces the historical legacy of Portuguese colonialism in Africa through moving image and sound. From her family’s archives, Serpa adapted Super 8 footage of various scenes under Portuguese colonial rule in 1960s Angola into an experimental documentary in the format of a silent film, and she alone composed its musical counterpart as well, a rare and massive undertaking.

Far more than accompaniment, Serpa’s mesmerizing feature-length score to the film is as immersive and compelling as the extraordinary images it reflects. This is a testament to both her captivating musical vision and compositional acumen, showing precisely why JazzTimes called her “a master of wordless landscapes.”

Serpa uses her voice as both an ensemble instrument and a focal point for narrative during passages of spoken word, which came out of Serpa’s intensive, self-directed research into the period. More than solely an achievement in music, Recognition addresses thematic concerns that are relevant and significant in the present day. As Serpa eloquently summarizes: “Talking about Angola and Portugal is like talking about Brazil, United States and Europe. The Western world shares a collective shameful past of occupation, exploitation, slave trade, oppression, racism, segregation, violence and abuse.”

Several motivations animated her work on this project, including the desire “to highlight the power of music as a tool for social evolution, reflection and education,” and “to break the silence about Portuguese colonialism and institutional racism.”

With the assistance of film director Bruno Soares, Serpa organized the material into an hour-long silent film intercut with text by Amílcar Cabral, a key figure of African anti-colonial resistance. During the course of the project, Serpa explored the legacy of that difficult historical moment as well as her family’s silence surrounding it, providing a visual and sonic narrative encouraging individual reflection.

“There was a traumatic situation because when the colonies became independent, suddenly Portuguese had to flee, leaving everything behind. They had to adapt to a country that most of them had never been to and that rejected them, so there’s a kind of silence, and not many people in my family have talked openly about this. Perhaps this is the work of the following generations, to digest and process the past,” Serpa says.  “There is also institutional silence. In schools you’re not taught about it, and because of that I felt the need to educate myself. So there was this personal need, but also a need to expose something that has not been talked about, discussed enough and recognized enough.”

Across the dozen tracks on the album, Serpa employs the diverse talents of her powerhouse ensemble, which boasts a unique configuration of instrumental voices.

Pianist Virelles, whose versatility and blending of the futuristic and folkloric has made him a first-call musician for everyone from Chris Potter to Henry Threadgill, is no less brilliant. As a foil to the other ensemble members, Virelles improvises vital, startling counterpoint across every register of the piano.

Parkins is a pioneer of contemporary harp who resides in the highest echelon of avant-garde musicians. She delivers characteristically powerful and supportive playing as both a soloist and ensemble member. On tracks such as “Beautiful Gardens,” she and Virelles conjure thrillingly abrupt waves of dissonance cascading alongside shocking spoken-word depictions of violence.

The astuteness of Serpa’s bold decision to assemble these collaborators, who hadn’t previously performed together as a group, is proven by their fresh and inspired chemistry. The free-improvised “Queen Nzinga” is a case in point, featuring a spirited, grooving trio improvisation that effervesces alongside Serpa’s spoken word.

On tracks like “Lei do Indigenato, 1914” and “Free Labour,” Serpa directs the ensemble toward meaningful restraint and space. She fearlessly embraces dissonance and post-tonal complexity when it suits the musical and filmic narrative, as in the flowing arpeggios of “Occupation” and the broodingly abstract “Control and Oppression.”

Despite its challenging subject matter, Recognition also contains in ample measure the trademark lyricism and purity of melodic design that Serpa’s collaborators, such as legendary pianist Ran Blake, have so prized in working with her. On tracks such as “Mercy and Caprice,” Serpa’s gorgeous voice seems to float in space without losing any measure of intimacy or directness.

As music to silent film, atmosphere and mood are primary considerations that Serpa handles with aplomb. Her mastery of counterpoint and orchestration is apparent on tracks like “Absolute Confidence,” where she creates a chorale of moving voices before unfurling a breathtakingly dramatic solo improvisation. On “Propaganda,” the album’s penultimate track, unrelenting and virtuosic counterlines raise the tension to a fever pitch as Virelles pushes and pulls against voice and saxophone.

Recognition ends on an ambivalent but rallying note with “Struggle and Unity,” a resistance song setting Cabral’s words to music. The song’s otherworldly melody and attendant harmony has a lingering quality, resonating in the ear and mind long after the album concludes. 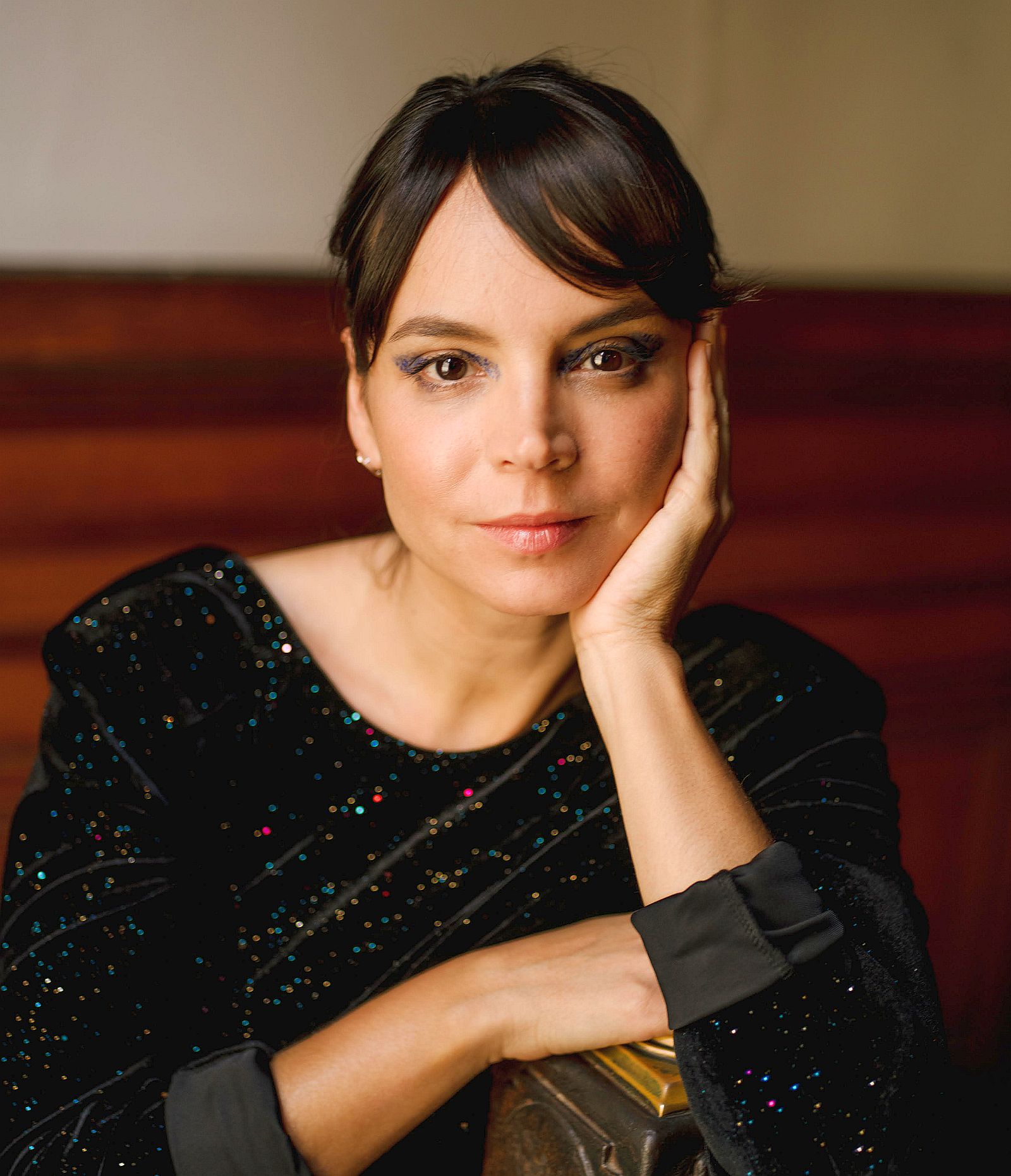 Lisbon, Portugal native Sara Serpa is a vocalist-composer and improviser who implements a unique instrumental approach to her vocal style.  Recognized for her distinctive wordless singing, Serpa has been immersed in the field of jazz, improvised and experimental music since first arriving in New York in 2008. Described by the New York Times as “a singer of silvery poise and cosmopolitan outlook,” Serpa started her career with jazz luminaries such as Grammy-nominated pianist Danilo Perez, and Guggenheim and MacArthur Fellow pianist Ran Blake. As a leader, she has produced and released nine albums; the latest being Recognition, an interdisciplinary project that combines film with live music, in collaboration with Zeena Parkins (harp), Mark Turner (saxophone) and David Virelles (piano). Serpa is a member of the We Have Voice Collective, comprised of 14 musicians, scholars and thinkers, determined to promote gender equity in the performing arts.  Sara has performed with John Zorn, Nicole Mittchel, Ingrid Laubrock, André Matos, Guillermo Klein, Okkyung Lee, Guillermo Klein, Linda May Han Oh, Kris Davis, among many others. Serpa was voted Rising Star – Female Vocalist 2019 by the Downbeat Magazine Critics Poll, and she currently teaches at The New School and at New Jersey City University. 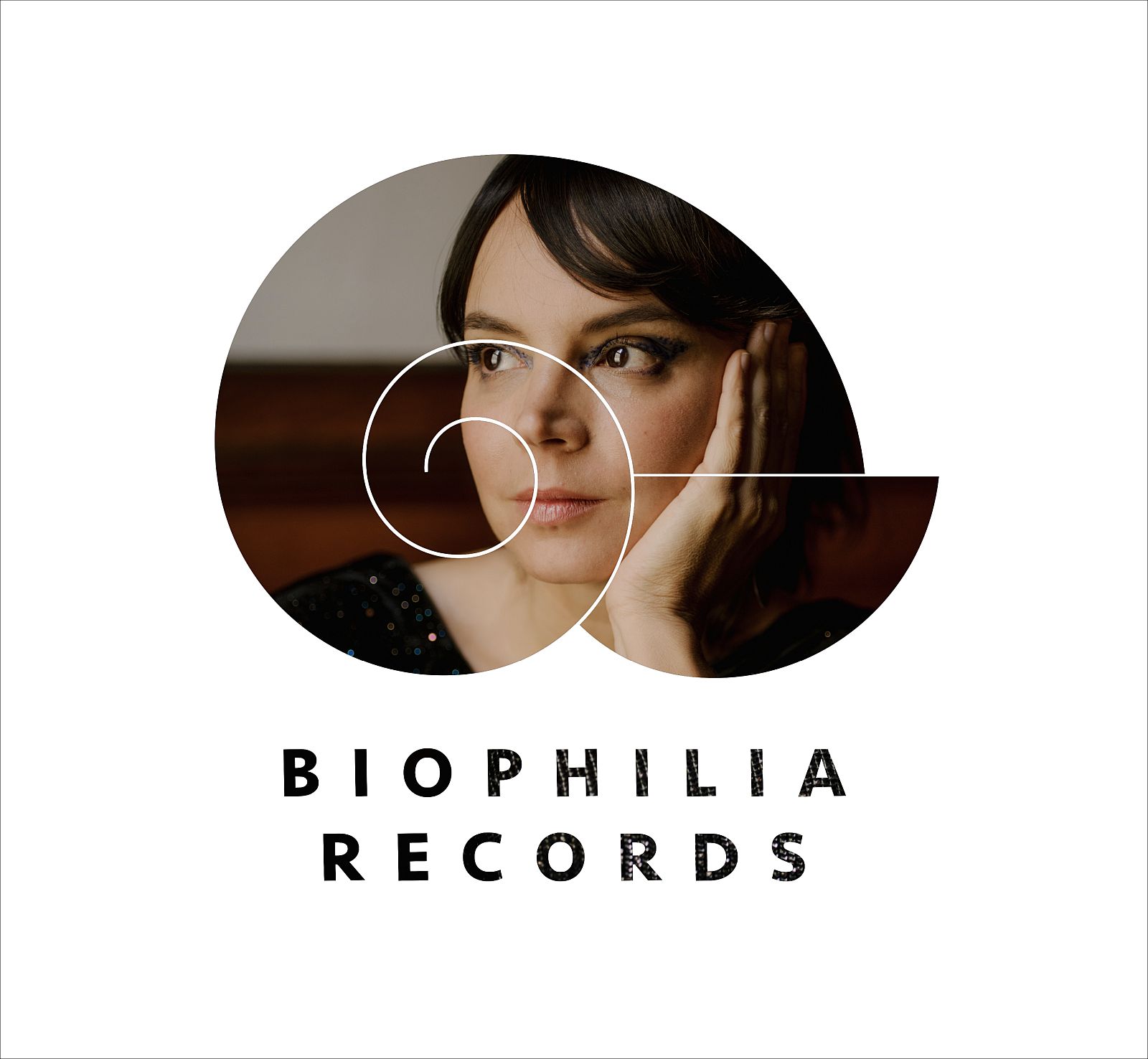 Biophilia means “an instinctive bond between human beings and other living systems.” Our home is Harlem, New York City. What sets Biophilia Records apart from traditional music labels is that in addition to creating meaningful and imaginative music, our artists are united by a common interest in having a positive impact on the environment and our communities. Our artists collaborate with organizations that specialize in conservation, sustainability and outreach initiatives. We regularly volunteer hands-on in community events to however we can.

The Biopholio™ is a double-sided, 20-panel origami-inspired medium, bursting with vibrant artwork and liner notes; each one made entirely out of FSC-certified, robust paper, hand-folded and printed using plant-based inks.

Found inside each Biopholio™ is a unique code for the listener to digitally download the music in hers/his preferred format including CD-quality, uncompressed WAV files. This innovative design caters to the environmentally conscious listener, who is aware of the harmful effects of plastic in the environment yet feels that a digital download is just not enough. With your purchase, you are supporting the future of this music and the artists who create it with the added bonus of receiving a tangible piece of original album artwork that you can proudly cherish for years to come.

You can access entire BIOPHOLIO here, on Biophilia‘s Bandcamp store 😉