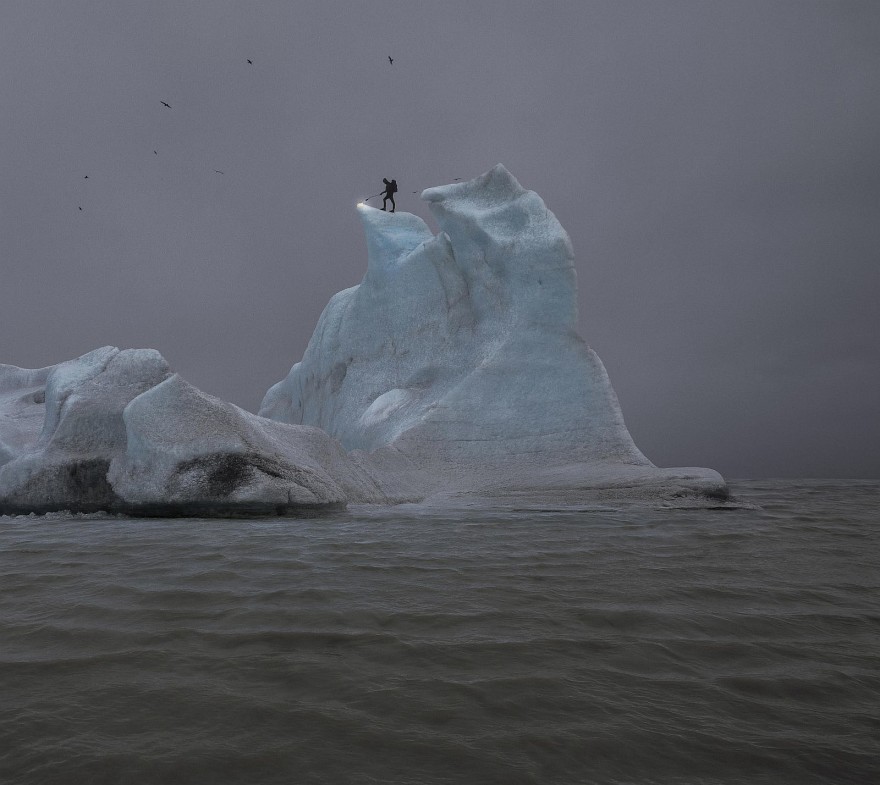 “A growing number of musicians have mastered both notated and improvised music, but few have done it with more skill, insight and sensitivity than pianist Cory Smythe.” — Peter Margasak, Chicago Reader

Pianist and composer Cory Smythe evokes cyborg choirs and coastal floods on Accelerate Every Voice, his second release for Pyroclastic Records and the follow-up to 2018 album Circulate Susanna. Bringing together five vocalists from the a cappella, new and improvised music scenes, AEV cradles Smythe’s piano in an uncanny valley of voices before submerging it in an undersea expanse.

“It began with my appreciation for Andrew Hill’s Lift Every Voice,” says Smythe. “It was kind of a fanciful idea about whether I could pay homage to his record while taking part of its logic to the nth degree, replacing the whole band with vocalists — vocal percussion, vocal bass, etcetera.”

Smythe began discussing the project almost immediately with vocal-percussionist and director Kari Francis, whose acclaimed work on the a cappella scene includes a stint on NBC’s “The Sing Off,” and whose knowledge extends backward from present-day collegiate a cappella into its early history with the Yale Whiffenpoofs.

“I had been into the idea of collegiate a cappella embodying a kind of optimism,” says Smythe, “and maybe a complicated kind of optimism, a poisoned-by-whiteness American kind of optimism.” Francis pointed him to what many consider “the founding document of the whole scene, ‘The Whiffenpoof Song,’” says Smythe, “which is itself based on a poem by Rudyard Kipling — of ‘white man’s burden’ fame — called ‘Gentlemen Rankers.’ The speaker of this poem is born into wealth and privilege, and now he’s bemoaning his loss of status — or perhaps sardonically celebrating his descent from a place of safety to one of imminent danger.”

Dotted with elements of Hill’s music, the recording also offers traces of “The Whiffenpoof Song.” On title track “Accelerate Every Voice,” dissonant fragments coalesce into the borrowed Whiffenpoof refrain, “Pass and be forgotten with the rest,” before the featured improvisers Michael Mayo and Kyoko Kitamura deliver searing solos.

Smythe rounds out the soloing, performing on a hardware setup conceived during a project with colleague Craig Taborn that features a small keyboard set atop his piano to play a piano sample tuned a quarter tone sharp. “This allows me to play the pitches in between the pitches,” says Smythe, who treats the setup both as a compositional tool and as an extension of his instrument, allowing him to improvise within the album’s glossy, spectral harmonies.

Microtonal harmonies figure prominently in the vocal writing as well. One such sonority opens “Northern Cities Vowel Shift,” whose precisely tuned intervals and evolving layers of vowel sounds create the impression of a moving, molten mass above Francis’ beats and Steven Hrycelak’s bass line. On “Kinetic Whirlwind Sculpture I,” a stretto vocal progression of improvised vowel sounds melds with the piano Smythe has transformed via talk box to emulate the singers’ vocal formants. Momentum gathers moving into “Vehemently,” where lead singer Raquel Acevedo Klein floats above a texture of Kipling quotations, a cappella vocables and a refrain borrowed from the Voluntary Human Extinction Movement.

Another caustic harm upends the record on closer “Piano and Ocean Waves for Deep Relaxation” — part ironic venture into new age and part imaginary realization of Annea Lockwood’s “Southern Exposure,” which calls for a piano to disappear into advancing tides. As the world watches in horror the accelerating rise of global sea levels (whose anthropogenic source artist Julian Charrière depicts in images that adorn the record’s cover and interior), Smythe notes: “It seems like Annea’s could be the piano music of the very near future.” 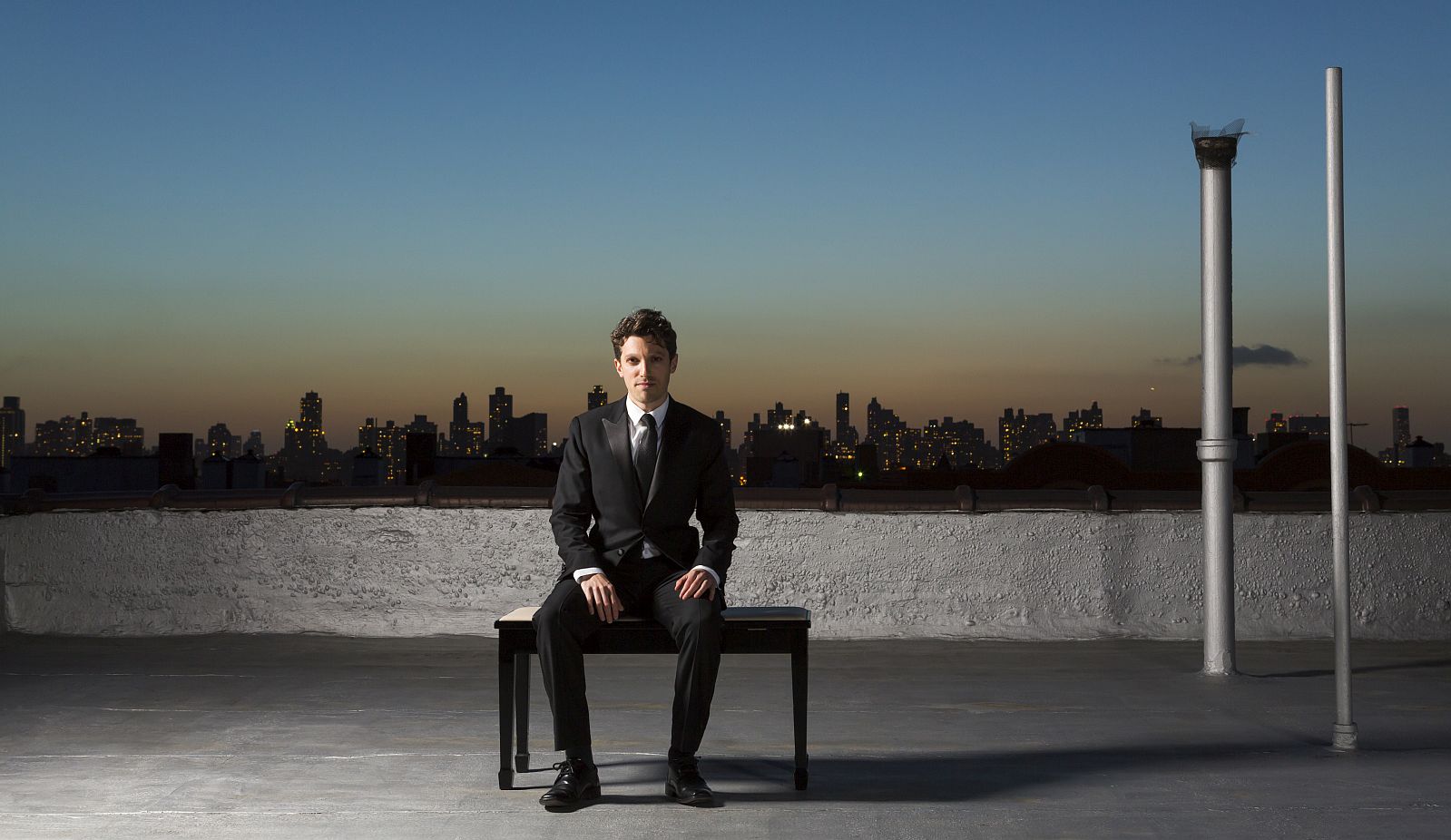 Pianist Cory Smythe has worked closely with pioneering artists in new, improvisatory and classical music, including saxophonist-composer Ingrid Laubrock, violinist Hilary Hahn and multidisciplinary composers from Anthony Braxton to Zosha Di Castri. His own music “dissolves the lines between composition and improvisation with rigor” (Chicago Reader), and his first record, Pluripotent, garnered praise from Jason Moran: “Hands down one of the best solo recordings I’ve ever heard.” Smythe has been featured at the Newport Jazz, Wien Modern, Trondheim Chamber Music, Nordic Music Days, Approximation, Concorso Busoni and Darmstadt festivals, as well as at Lincoln Center’s Mostly Mozart festival, where he recently received an invitation to premiere new work created in collaboration with Peter Evans and Craig Taborn. He has received commissions from Milwaukee’s Present Music, the Banff Centre for the Arts, the Trondheim Jazz Orchestra, the International Contemporary Ensemble — of which he is a longtime member — and The Shifting Foundation, which supported both Accelerate Every Voice as well as his 2018 release Circulate Susanna. Smythe received a Grammy award for his work with Hahn and plays regularly in the critically acclaimed Tyshawn Sorey Trio.

Pianist-composer Kris Davis founded Pyroclastic Records in 2016 to serve the release of her acclaimed recordings Duopoly and Octopus with the goal of growing the label into a thriving platform that would serve like-minded, cutting-edge artists. In 2019, Davis launched a nonprofit to support those artists whose expression flourishes beyond the commercial sphere. By supporting their creative efforts and ensuring distribution of their work, Pyroclastic empowers emerging and established artists — including Cory Smythe, Ben Goldberg, Chris Lightcap, Angelica Sanchez and Marilyn Crispell, Sara Schoenbeck, Eric Revis and Craig Taborn — to continue challenging conventional genre-labeling within their fields. Pyroclastic also seeks to galvanize and grow a creative community, offering young artists new opportunities, supporting diversity and expanding the audience for noncommercial art.