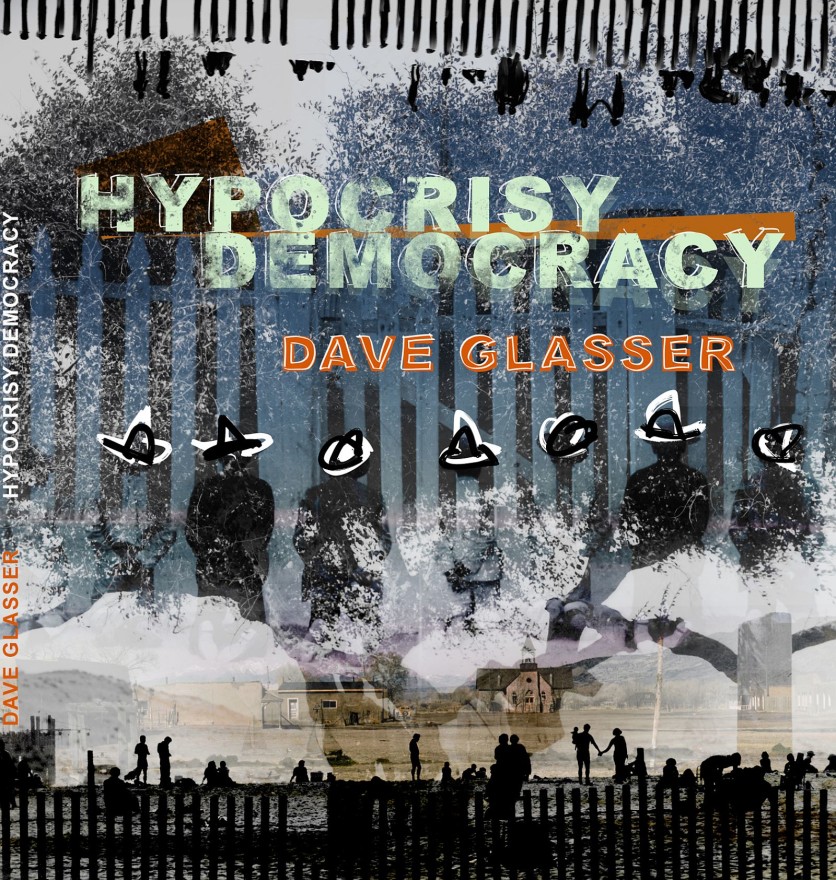 “Despite the fact that Glasser is an old soul in many ways, he shouldn’t be mistaken for a nostalgia act… he lives in the here and now and his playing and writing continue to evolve.”

– Dan Bilawsky, All About Jazz

“Dave Glasser makes the past his own… [his music is] a modern manifestation of hard bop tradition.”

“Those who cannot remember the past are doomed to repeat it,” the saying goes. While the title Hypocrisy Democracy could easily be interpreted as a reaction to today’s headlines, saxophonist/ composer Dave Glasser takes a much wider view. His startling new album finds echoes of past struggles in our present divide, and finds hope for the future in the lessons of the past. It’s an approach he’s also applied to his music, which stays grounded in the tradition but ventures closer to the edge than he’s dared in the past.

“Humanity has always faced challenges in terms of fairness and justice,” Glasser says. “Of course, things are certainly at an unstable place right now, but we’ve been here before. The question is how are we going to come together to overcome these common struggles?”

Musically, Glasser is very well acquainted with his history lessons. That rare creature in the music, a native New Yorker, he took lessons as a teenager from the great Lee Konitz, and went on to a long career playing alongside giants like Clark Terry, Illinois Jacquet, Barry Harris and Dizzy Gillespie and serving a considerable tenure with the Count Basie Orchestra that continues today.

Hypocrisy Democracy reveals Glasser to be determined not to end up doomed to repeat that past, much as he reveres it; the strikingly open-eared and tightrope-walking session finds him traversing boundaries that many familiar with his career would never have expected. To do so he’s assembled a knockout quartet of fellow musicians (and New School faculty members) well versed in defying jazz’s hidebound norms: pianist Andy Milne, bassist Ben Allison and drummer Matt Wilson.

“My roots are in the history of this music,” Glasser admits. “That’s where my inspiration comes from. These guys have all worked in different areas doing their own thing, so this is a group of people who have come together from very farflung places. We’ve worked side by side in academic circumstances, but never as musicians. Yet we’ve managed to unite to find the things that we have in common instead of thinking about our differences. I think that parallels artistically what I see as a big problem facing society right now: people are focused on their differences, so they’re warring and arguing and blaming as opposed to looking at what they have in common.”

Glasser comes by his social justice credentials naturally. His father, Ira Glasser, was the executive director of the American Civil Liberties Union (ACLU) for more than 20 years; it was while working for the New York Civil Liberties Union that he met the noted jazz critic and civil libertarian Nat Hentoff, who recommended Lee Konitz as an instructor for his colleague’s sax-playing son. That experience is honored through “Glee For Lee,” in which Glasser parries with longtime Konitz collaborator Matt Wilson in a pointed duet.

The zig-zagging “Knit Wit” is a running-with-scissors investigation of one of the album’s core conceits, the rise of misunderstandings via a difference in perception. Is the title an insult or a compliment? It could sound like either without the proper context or spelling (that pun makes all the difference). The taut, tense “Justice” muses on the many meanings of that word, from Old Testament to New, vengeance to equality, with “Freedom” as a companion piece, divided between opportunity and advantage.

“It’s Nothing New” recognizes the circularity of history in a particularly funky fashion, a reminder offered by how perennially fresh and exciting a timeless groove can be; the notion comes around again in the spiraling “Revolver.” The skulking “Dilemonk” grapples with weighty issues as well as the eccentric influence of the iconic Thelonious Monk – both of which can be thorny to deal with. “Coffees, Dogs, and Telelogs” confronts the imponderables faced on an average morning walk – the caffeine addictions, unconditional love for pets and absorption in handheld devices that sometimes seem to eclipse the love among fellow humans, encapsulated by Allison’s taut walking bass and the leader’s eloquent alto.

The mood set by Milne’s ominous, crashing chords and tolling tones, “Deep Dark” takes a plunge into profound melancholy, while “Minor Madness” leaps to the manic end of that scale, with an implicit hope that the insanity is only temporary and small in scale.

Finally, the album’s sole non-original is the unexpected choice of the Disney earworm “It’s a Small World,” whose message resonates with the theme of the album, as does the inspired arrangement in which each member gradually joins Glasser’s searching flute to form a united whole. But the choice has a more autobiographical significance as well; as a youngster taking his first trip to Disneyland, Glasser brought home a 45rpm record of the song and tried his best to sing along – largely unsuccessfully, as the story goes. “Years later my Mom told me that she had turned to my Dad and said, ‘We know one thing: he’s not going to be a musician.’ Then one day, suddenly I got it. Which is profound to me, because I’ve always been more determined and diligent than naturally gifted.”

It’s that kind of dedication and perseverance that’s not only necessary to weather the vicissitudes of the jazz world but to overcome the kind of struggles that we face now and have struggled with throughout history. Glasser hopes that the camaraderie, sharp humor and inspired artistry of Hypocrisy Democracy makes some small contribution to the cause.

“My hope is that the record will be part of a change in our culture whereby people educate themselves and think independently about the decisions that they make,” Glasser concludes. “To me, music is about listening and reacting, interacting and playing something that makes the whole thing sound good, move forward and reach people.” 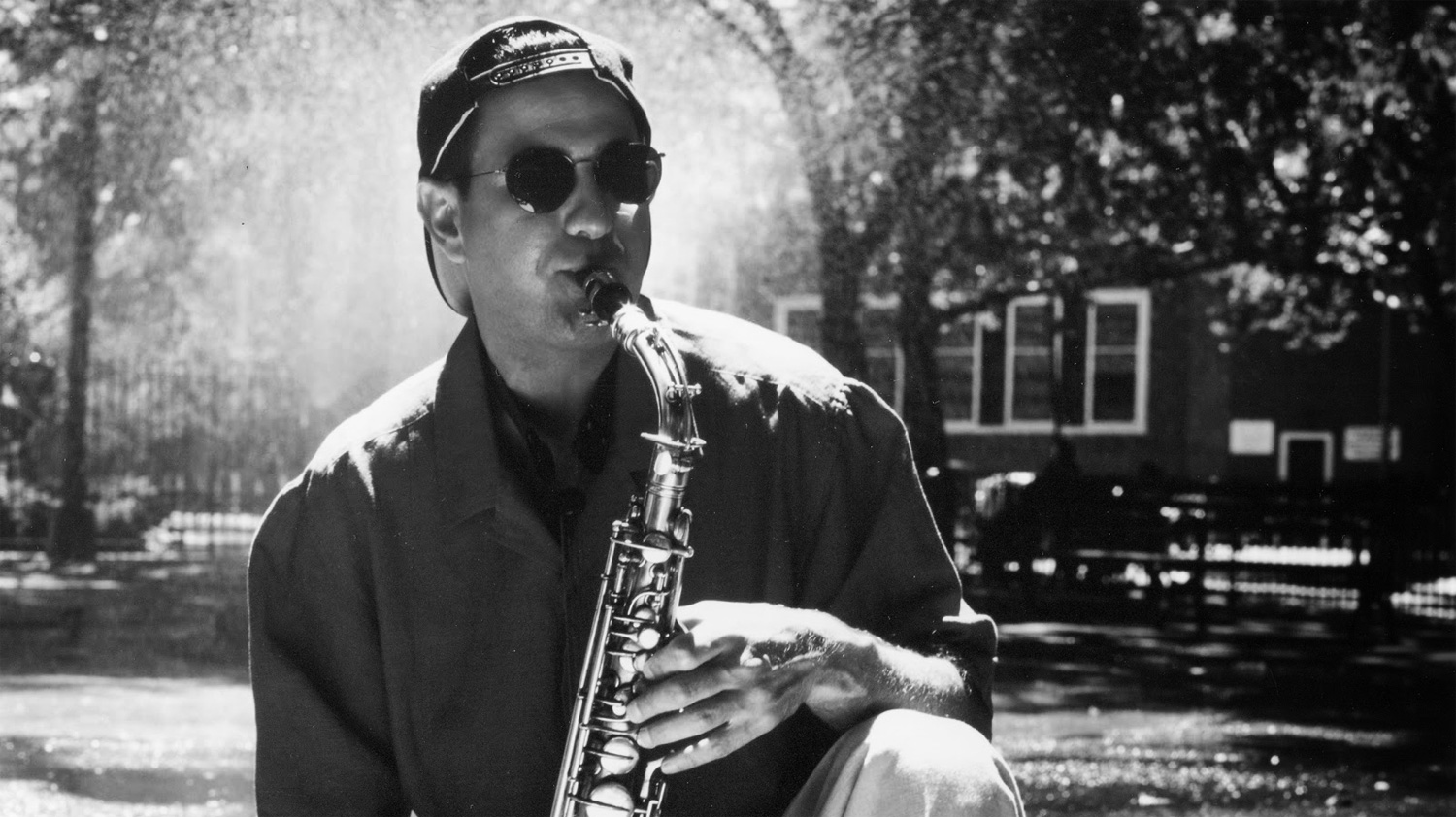 Native New Yorker Dave Glasser encompasses a uniquely personal sound rooted in rich tradition. Currently the lead altoist for the Count Basie Orchestra, and a veteran of the Clark Terry quintet, the Count Basie Orchestra (under the direction of Frank Foster), Illinois Jacquet, Barry Harris and Dizzy Gillespie, Dave’s music transcends genre and covers a wide range of expression while remaining connected to the roots of jazz. A faculty member at the New School for over 23 years, he is proud to have helped develop many of today’s younger jazz musicians. In gratitude to wisdom bestowed from elder musicians, he is tirelessly continuing the tradition of mentoring future musicians by remaining actively involved in sharing knowledge, inspiring, and mentoring through the aural tradition.