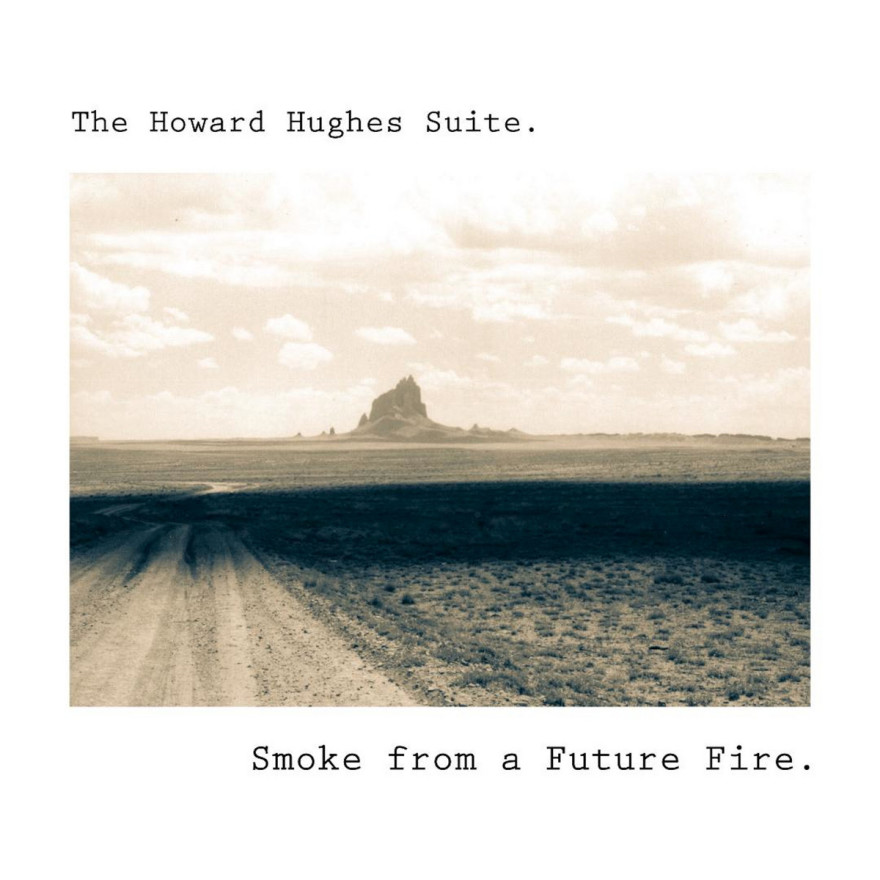 ” The music of our dreams…” Max Reinhardt. Late Junction. BBC Radio 3.
“…a gorgeously lush and cinematic soundtrack to an imaginary movie. A mixture of Ry Cooder- esque twangy guitar and filmic grandiosity, Stereochrome is relaxing and evocative in equal measure. This is music to dream away the rainy day ” – A Different Aspect.
“…integrating roots material into a post-Fripp soundscape…” Misfit City.
“An incredible journey of sound….” Alex Hawkins, From FM.

Smoke of the future Fire is a second, and again,  self-realized album from the London based producer, composer and musician – all ot those self -taught.  As I reckon from my conversation with him, from now two years back, on occasion of his debut Stereochrome  album release, he has started in an early childhood, fascinated with drumming on biscuit tins, plastic tubes and everything lying around unneeded he could put his hands on. Like many beginners playing along the radio broadcast or pre-taped tracks, but also always surrounded bu music at home.

” …I was interested in music from a really early age, before I even started to learn an instrument with any real dedication.  I grew up in a very musical household. My dad played drums in various bands and at home he had a beautiful tobacco-sunburst semi-acoustic guitar (kind of like a Gibson 335), various keyboards, a twin neck lap steel, an auto-harp, harmonicas and various other instruments. He can get a tune out of pretty much anything! … – reminds Howard.

…. He had a lot of hi-fi equipment – a nice turntable and amp, tuner, reel-to-reel recorder and a great record collection. Which included a large dose of country music (hence my love of the pedal steel guitar) and there was always music playing in the house  … –  he explains.

… I had a great education musically at home and to paraphrase Rainer Ptacek – someone taught me without teaching – and that’s continued with pretty much all the musicians I’ve ever worked with… – ends Howard.

He also pointed at the time, as my notes are saying, his fascination with his  grandmother’s harmonium he used to play whenever he visited her, to eventually put hands on his first acoustic guitar at the age of 16. Over the years he played played in various bands for years (covering many genres of music), to finally get in to session work and following this by recording and producing his own music.

Howard’s musical fascinations and inspirations are vast ,as it can easy be gusseted from his brief memories quoted above, but as decades follows and certain music goes out of fashion and  is not anymore presented on the  casts , it is easy to get it covered by the dust of history. Some key inspirations however, became the part of the personal blend or the strong influence of his own output. As such I would find Ry Cooder, Brian Eno and J.J. Cale first. With the further influence of Gerry Garcia’s or even Jimi Hendrix. All of that spiced with general love for the blues, rhythm and all sort of ranchera. Then, if you add to this a cinematic imagination and the special sense of defining emotions and the pass of time, you will be more or less on The Howard Hughes Suite’s territory. As the best proof of pudding is in its taste as they say, then listen and make up your mind for yourself.