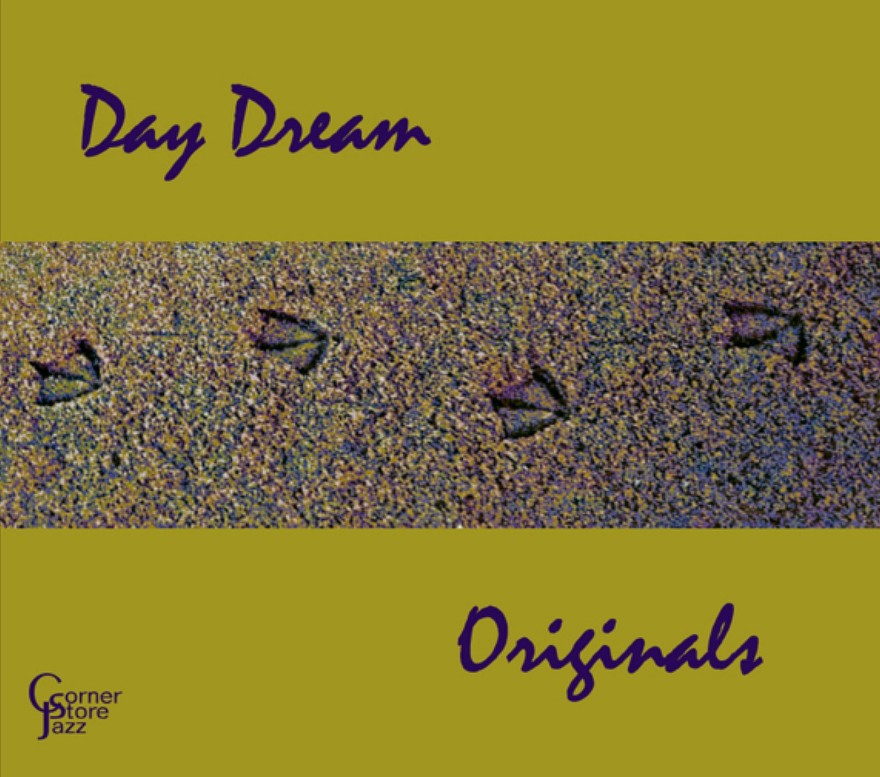 Lyrical yet adventurous piano trio Day Dream reconvenes for their third record in a decade, this time focusing on original material

“…a set of buoyant originals…. This is a trio that truly is more than the sum of its parts, attaining vibrancy and color through a melding of Gress’ deep, shapely tones, Haynes’ probing, loose-limbed accents and Rudolph’s heady lyricism. There’s a fullness to the performance that you don’t usually hear in occasional trios –- or even steadily working ones….Perhaps the highlight of Originals, produced by Haynes, is his lovely offbeat celebration of his wife, ‘Beloved Refracted.’” – Lloyd Sachs, DownBeat

For the members of the Day Dream trio, finding the opportunity to come together has proved far more challenging than simply wishing it so in a moment’s whimsy. Pianist Steve Rudolph, bassist Drew Gress and drummer Phil Haynes have convened exactly three times over the course of the last decade – each time, thankfully, captured for posterity. The first became their debut, Day Dream, a gorgeous, lyrical ballad date; the second, they supplied graceful backing for vocalist and songwriter Nick Horner’s album New Standards. A testament to the trans-formative power of the imagination, a daydream is a pleasant reverie, a momentary fancy, a brief escape allowing the mind to fly free of the stresses and doldrums of ordinary life. However fleeting, it’s the mind unshackled and basking in bliss.

The results of their third meeting now appears as the elegant and witty, thrilling and investigative Originals. That unadorned title refers quite simply to its contents; as opposed to its predecessor, on which the trio explored aptly chosen standards, this session flows entirely from the pens of Messrs. Rudolph, Gress and Haynes. “The band had such great chemistry and such a beautiful sound the first time around,” Haynes says. “Drew’s dark sound, my sound and Steve’s touch go together in a distinctive way not common with piano trios. Compositionally, I wanted to see the band stretch a little bit, especially since everybody writes so beautifully.”

But, though each of them would likely demur from such claims, it also precisely describes these three stellar musicians, each of whom has honed a singular and distinctive voice untethered from dogmatic distinctions of genre or style. How else to explain the uncanny chemistry shared by the trio? In part, it’s due to the deep relationships that underpin the group, which hinge on Haynes. He and Gress have worked together for well over three decades, dating back to their respective early days in New York City in the mid-80s. Haynes met Rudolph shortly after the turn of the millennium, when he uprooted himself to Central Pennsylvania, taking up residence at Bucknell University.

“We have a very sympathetic approach to music,” explains Rudolph. “Phil and Drew are two of the best listeners I know. You have to really be in the moment and be able to react, and they’re about as good as it gets. I’ve had a lot of fun playing with them.”

The uniqueness of the Day Dream configuration is due to the triangulation of three unique personalities and visions, which come across as clearly in the compositions on this album as through the playing of them. Rudolph brings an unparalleled elegance to the proceedings, a romantic disposition deep in emotion but free of sentimentality. Gress has long been a bassist of choice for great pianists (Fred Hersch, Marc Copland, Bill Carrothers) in search of a partner able to venture into wide-ranging regions, but is also an ingenious composer, fond of crafting elaborate sonic architectures. Haynes is an eclecticist by nature, with a prismatic curiosity that finds expression in unpredictable combinations – of approaches, of genres, of collaborators. He possesses a keen sense for concocting unlikely mixtures, as evidenced by his introduction of Gress and Rudolph, as well as the ways in which his pieces for the record create bridges between their respective sounds that prove deviously thorny, but thrillingly enjoyable, to navigate.

Together these disparate fashions complement each other perfectly. Rudolph’s refined agility doesn’t so much smooth out the rough edges of his more avant-tinged band mates as gild them with delicate filigree. Gress’ harmonic experimentation creates windows in the music that open onto alluring, fathomless mystery. Haynes’ oblique strategies add a trenchant grit that subtly grounds the pervasive airiness.

“It’s just so easy to make music with Phil,” Gress says. “We’ve always had a really strong time hook-up; I love the sonic choices he makes and the spirit he plays from. And Steve is a really refined and mature player with his own, very subtle language. We’re all adults just following our ears and reacting without much of an agenda.”

Rudolph opens the album with the wistful solo treatise “Zebra,” a moving tribute to one of his mentors, Indianapolis mainstay Claude Sifferlen. That leads into the graceful “Wedding Waltz,” penned for a friend’s daughter’s nuptials but possessed of an alluring openness that allows the trio to marry their respective sounds with the fluidity of an intimate dance. The pianist’s heart-wrenching “Last Lullaby” is a twilit croon lamenting the end – of what, exactly, remains open to question, but its bitter-sweetness is left in far less doubt. “Bossa 21” is tied to a far happier occasion: the 21st birthday of Rudolph’s younger daughter, whose love for Latin music inspires a lively and loving Bossa Nova.

Haynes’ ricocheting solo fanfare opens “Beloved Refracted,” a Cubist portrait of his wife, which turns the letters of her name into the notes of a cascading, roiling melody. The brusque funk groove of the drummer’s “Spell” casts a magical backdrop for Gress’ virtuosic expressiveness, which wends its way around the tune’s sharp-angled curves. The tender “Paul-Christian,” which showcases Haynes’ brisk yet sensitive touch, is based on a re-harmonization of Bill Evans’ “Blue in Green”, undertaken in homage to two of the drummer’s closest friends, who passed away within weeks of one another: his mentor, trumpeter Paul Smoker, and Christian Kvech, producer of Haynes’ Free Country.

Gress’ pieces start with the intriguing, mysterious “Afterward,” which evokes a feeling of uncertainty amid possibility. “Vesper” takes its title from recollections of evening prayer the bassist’s Roman Catholic upbringing, though its spirituality is more amorphous in nature. Finally, the fractured bop of “Let Fly” closes the album on a soaring, celebratory (if somewhat off-kilter) note. 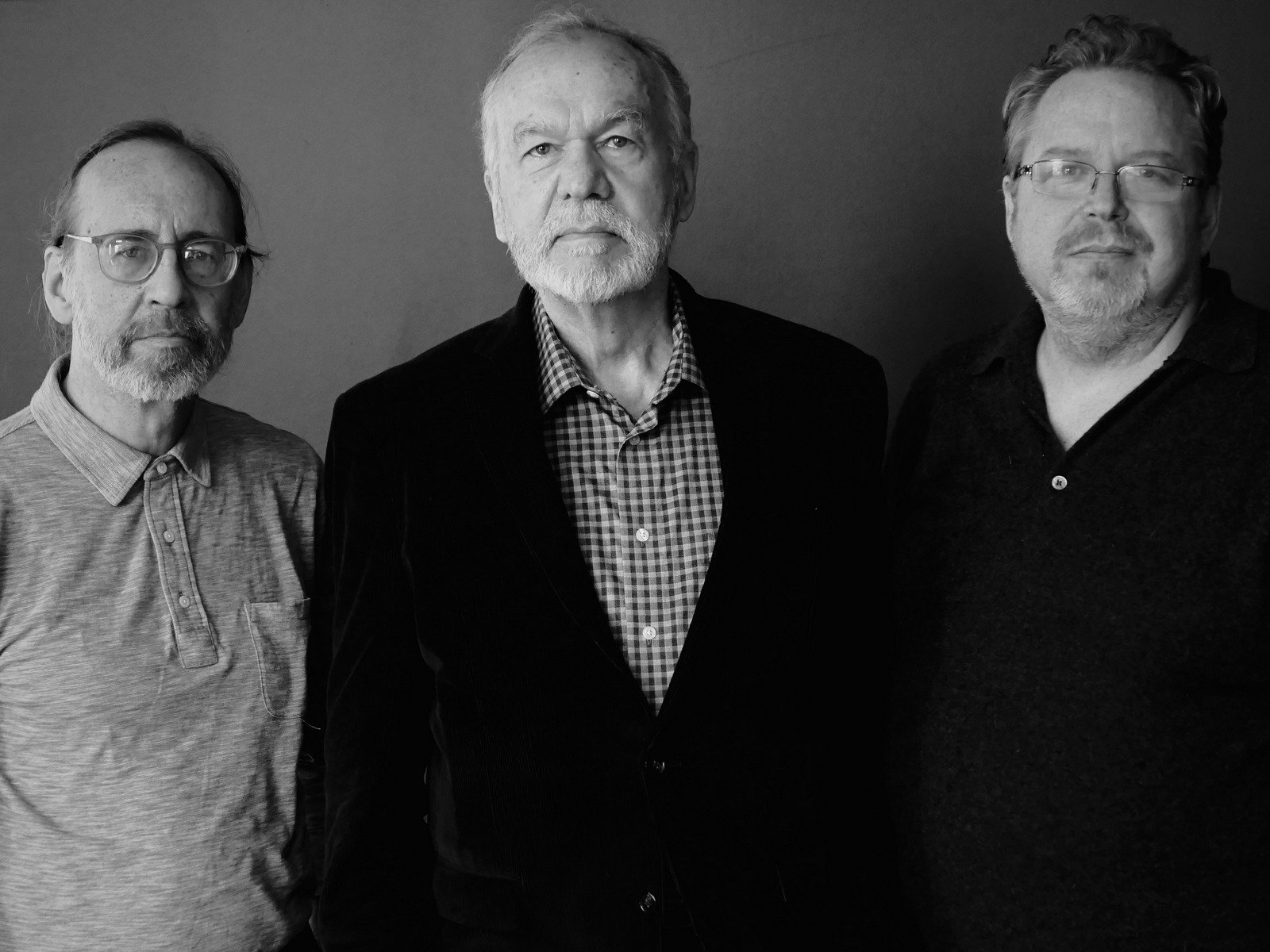 Bassist/composer Drew Gress performs extensively with artists on the cutting edge of contemporary improvised music. Along with Phil Haynes, he was a founding member of the cooperative quartet Joint Venture, producing three albums in the early 1990s for Enja. When Drew is not leading his own ensembles, he can be heard within those of Ralph Alessi, Tim Berne, Uri Caine, Gerald Cleaver, Ravi Coltrane, Marc Copland, Fred Hersch, John Hollenbeck, Tony Malaby, and Mat Maneri. In a previous musical life, he grounded the performances of Buddy Hackett, Phyllis Diller, Zoot Sims, Cab Calloway, and Pia Zadora. He has received a SESAC Composer’s Award in addition to grants from Chamber Music America, the National Endowment for the Arts, and Meet the Composer.

Yamaha artist Steve Rudolph has had an inspiring career in his 50 years of professional music-making. Jazz Improv magazine states, “Rudolph is a savvy, swinging, glimmering heavyweight… …simply outstanding.” The winner of the Jazziz Magazine Piano Competition at the Seven Springs Jazz Festival in 2000, he was also awarded two Jazz Composition Fellowships from the PA Council on the Arts. With eleven acclaimed CDs as a leader, he has served as producer, arranger and performer on many recordings including albums with Johnny Coles, Bill Goodwin, Ali Ryerson, Matt Wilson and Vinny Valentino. His vast experience encompasses concert performances with numerous jazz masters including Louie Bellson, Clark Terry, Terry Gibbs, Rufus Reid, Buddy Tate, Al Grey, the Mills Brothers, and Cal Collins.