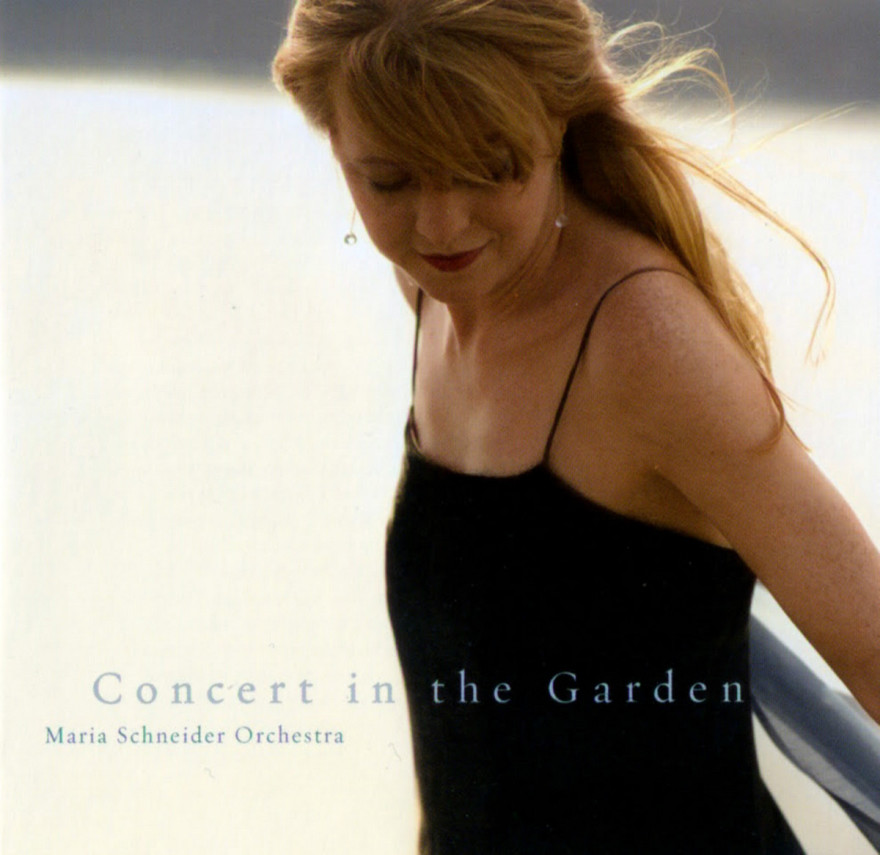 March 25, 2020 – Maria Schneider’s Grammy Award-winning 2004 album Concert in the Garden is one of 25 recordings inducted into the National Recording Registry of the Library of Congress. Schneider is the first female jazz composer to have an album added to the registry.

Librarian of Congress Carla Hayden named this and 24 other recordings as aural treasures worthy of preservation because of their cultural, historical and aesthetic importance to the nation’s recorded sound heritage.

“The National Recording Registry is the evolving playlist of the American soundscape. It reflects moments in history captured through the voices and sounds of the time,” said Hayden. “We received over 800 nominations this year for culturally, historically or aesthetically significant recordings to add to the registry. As genres and formats continue to expand, the Library of Congress is committed to working with our many partners to preserve the sounds that have touched our hearts and shaped our culture.” 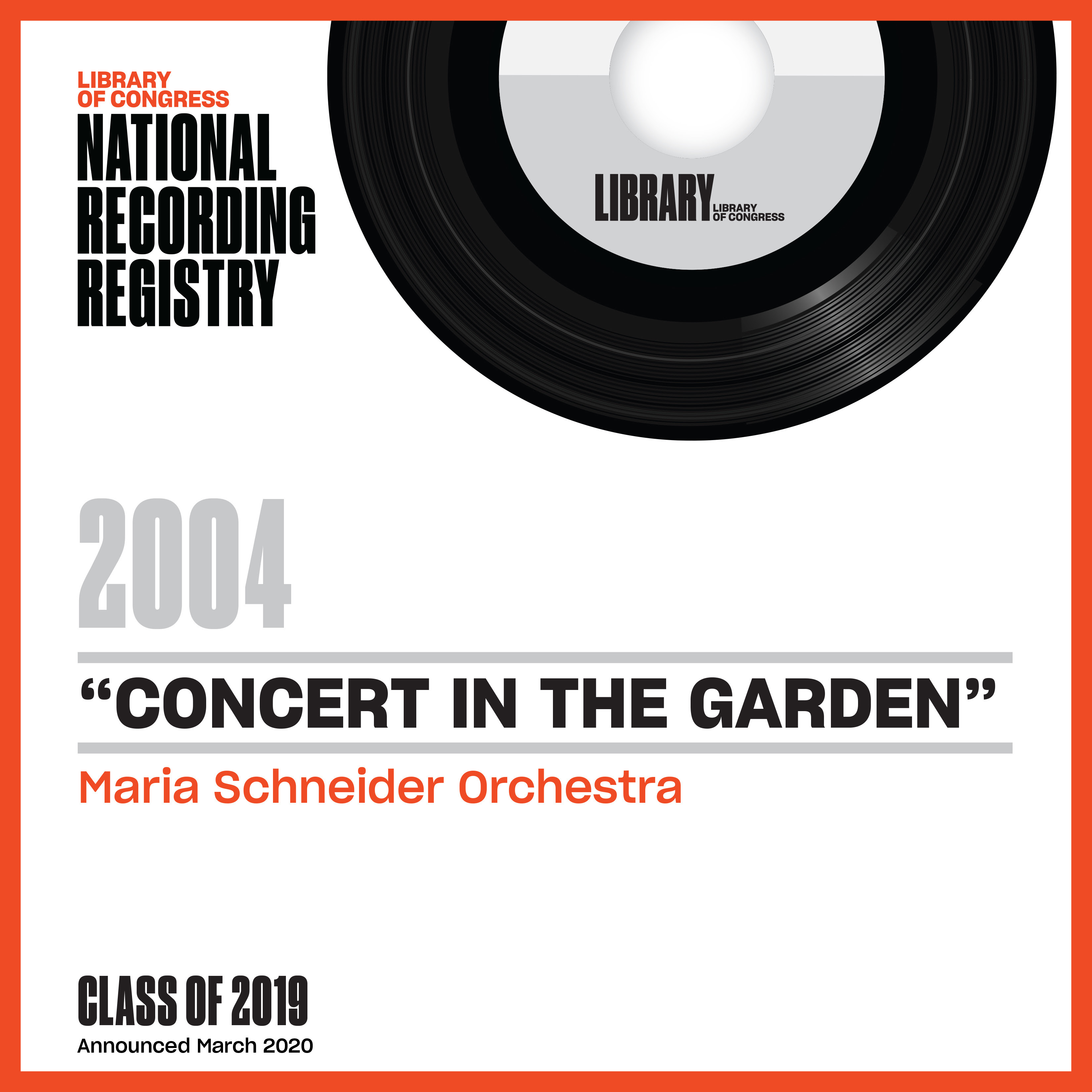 “I am deeply moved to have this album that was artistically so fulfilling to make, honored in this magnificent way,” said Schneider. “Crowdfunded in 2003, years before the word ‘crowdfund’ was coined, and as the first release on the prescient label, ArtistShare, Concert in the Garden paved the way to artistic and financial freedom in recording. At the time, I had a sense it was making history, showing how when the internet opens up a two-way, direct and transparent connection between an artist and an audience with no intermediary, the artist can find financial independence and true artistic freedom.”

The National Recording Registry writes the following about the album:

Dance permeates Maria Schneider’s “Concert in the Garden” with titles such as “Dança Ilusória” and “Choro Dançado.” Listening to “Pas de Deux,” it is hard not to be reminded of the seminal “Sketches of Spain” album Miles Davis made with arranger Gil Evans, with whom Schneider worked closely in the 1980s. It is a testament to Schneider’s composing and arranging talents that her work can be seen not as a copy of Evans’ work, but an extension of it. And it is a tribute to her determination and leadership that the Maria Schneider Orchestra was some 15 years old at the time of this recording, with its 18-piece membership largely intact over that entire period. For them, Schneider created an amalgam of big band, chamber music and improvisational jazz. Such improvisation can be seen in Donny McCaslin’s critically acclaimed solo in “Buleria, Solea y Rumba.” In addition, “Concert in the Garden” was the first album to win a Grammy without having been sold in stores, being only distributed only on the internet. Also, the album was funded and distributed by crowdfunding site ArtistShare, to respond to fan-driven demand for styles of music not otherwise readily available, while offering artists greater control over their work.

The new recordings added to the National Recording Registry bring the total number of titles on the registry to 550, a small part of the Library’s vast recorded-sound collection of nearly 3 million items. More information on the National Recording Registry can be found at https://loc.gov/programs/national-recording-preservation-board/about-this-program/.

The sound recordings recently named to the registry showcase works across multiple genres and formats, including radio sportscasts, children’s recordings, classical, field, country, folk, jazz, pop, rap, disco, Latin and Broadway. The spoken-word and musical recordings span over a half century, from 1920 to 2008. 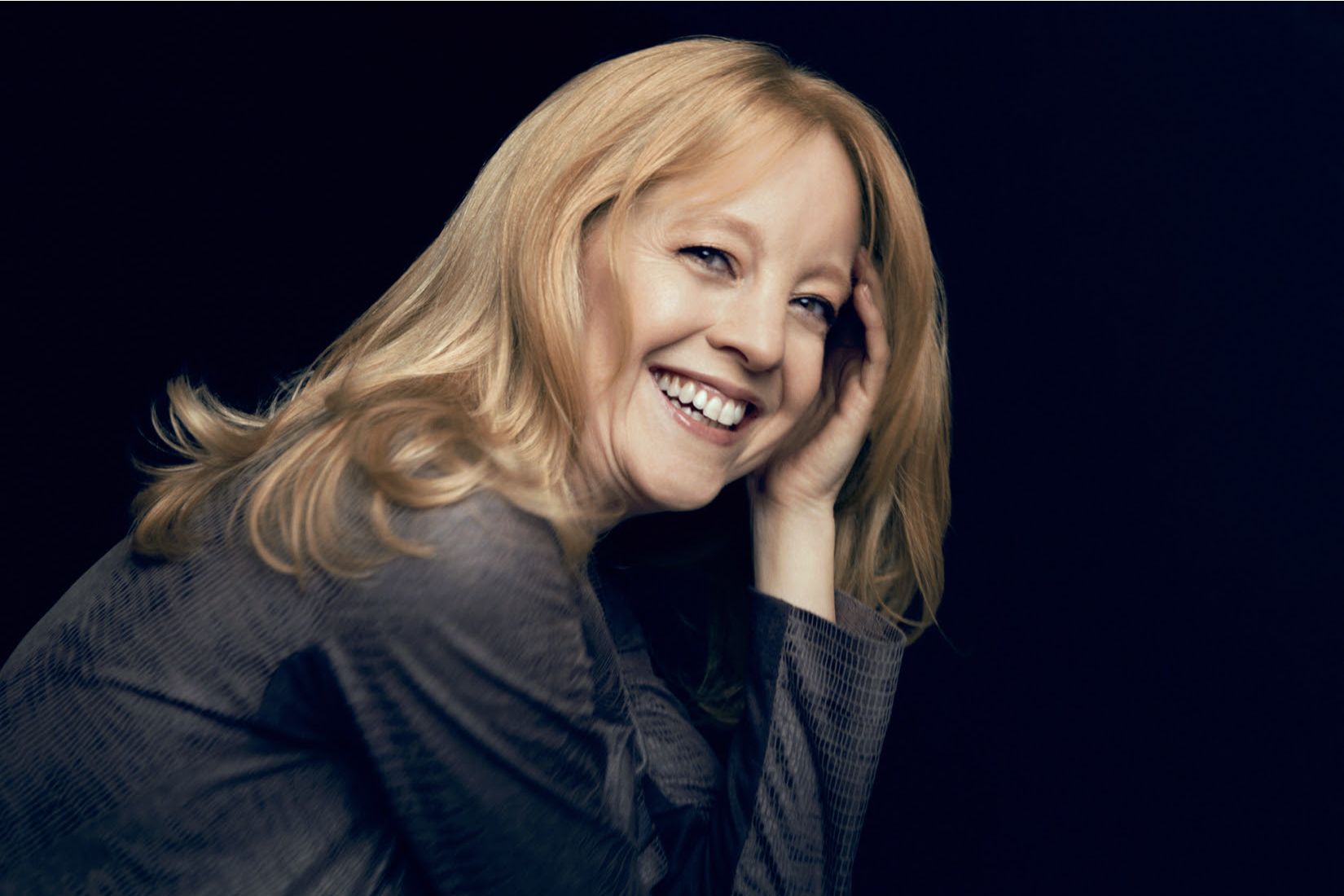 Maria Schneider’s music has been hailed by critics as “evocative, majestic, magical, heart-stoppingly gorgeous, and beyond categorization.” She and her orchestra became widely known starting in 1994 when they released their first recording, Evanescence. There, Schneider began to develop her personal way of writing for what would become her 18-member collective, made up of many of the finest musicians in jazz today, tailoring her compositions to distinctly highlight the uniquely creative voices of the group. The Maria Schneider Orchestra has performed at festivals and concert halls worldwide. She herself has received numerous commissions and guest-conducting invites, working with over 90 groups in over 30 countries.

Schneider’s music blurs the lines between genres, making her long list of commissioners quite varied, stretching from Jazz at Lincoln Center, to The Saint Paul Chamber Orchestra, to collaborating with David Bowie. She is among a small few to have received GRAMMYS in multiple genres, have received the award in both jazz and classical categories, as well as for her work with David Bowie.

Schneider and her orchestra have a distinguished recording career with twelve GRAMMY nominations and five GRAMMY awards. Unique funding of projects has become a hallmark for Schneider through the trend-setting company, ArtistShare. Her album,  Concert in the Garden (2004) became historic as the first recording to win a GRAMMY with Internet-only sales, even more significantly, it blazed the “crowd-funding” trail as ArtistShare’s first release. She’s been awarded many honors by the Jazz Journalists Association and DownBeat and JazzTimes Critics and Readers Polls. In 2012, her alma mater, the University of Minnesota, presented Schneider with an honorary doctorate. ASCAP awarded her their esteemed Concert Music Award in 2014. And in 2019, the National Endowment for the Arts bestowed on Schneider the nation’s highest honor in jazz, naming her an NEA Jazz Master.

Schneider has become a strong voice for music advocacy and in 2014, testified before the US Congressional Subcommittee on Intellectual Property about digital rights. She has also appeared in CNN, participated in round-tables for the United States Copyright Office, and has been quoted in numerous publications for her views on Spotify, Pandora, YouTube, Google, digital rights, and music piracy.

A collaboration with her orchestra and David Bowie resulted in his single called, “Sue (Or In A Season of Crime),” and brought Schneider a 2016 GRAMMY (Best Arrangement, Instruments and Vocals). Schneider and her orchestra also received a 2016 GRAMMY for The Thompson Fields (Best Large Jazz Ensemble Album). Their next recording is the double-album Data Lords is set to be released May 8, 2020 via ArtistShare. Inspired by conflicting relationships between the digital and natural worlds, the recording features Schneider’s acclaimed orchestra of 18 world-class musicians.