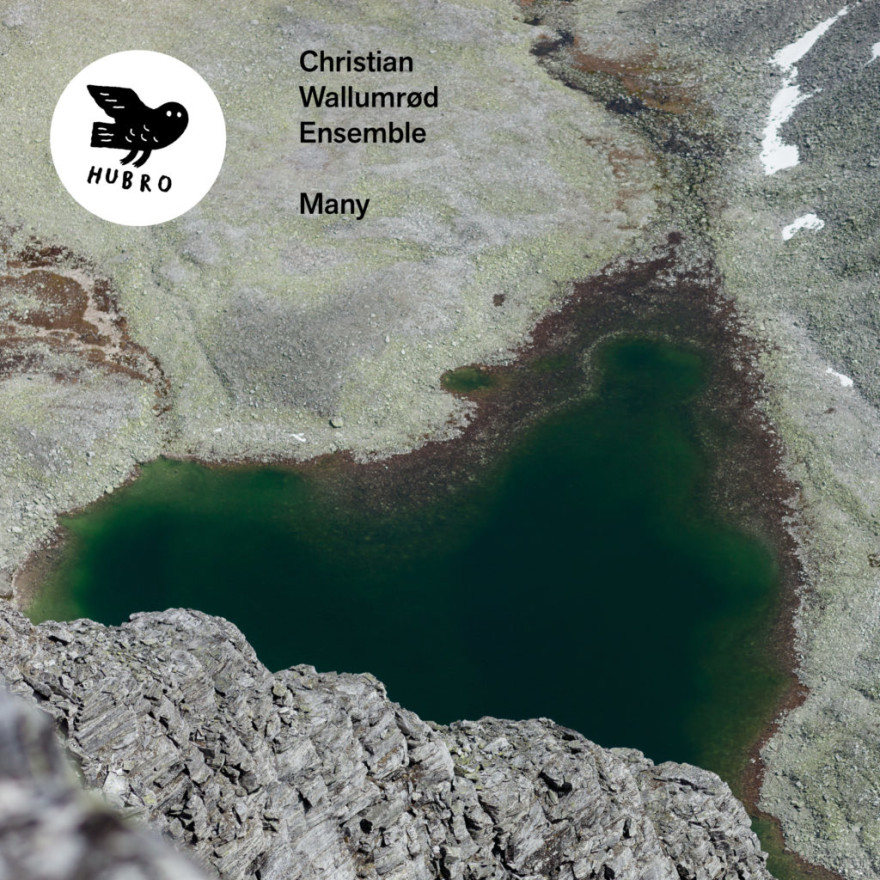 Christian Wallumrød (born 1971) is one of Norway’s most internationally-recognised contemporary composers, and an important voice in European music. His principal performing group, the Christian Wallumrød Ensemble, has established a worldwide reputation for formally adventurous, beautifully appointed sound that spans the divide between jazz and new music, and between notation and improvisation.

Over five highly acclaimed albums for the ECM label from 2001 to 2013, followed by 2016’s equally esteemed Hubro debut, ‘Kurzsam & Fulger’, the Ensemble’s work has traced an entirely consistent line of development. While the personnel has changed over time, and each particular album retains its own aesthetic integrity, the essential characteristics of the music have remained roughly the same, demonstrating a distinctive unity of style, theme and compositional approach. Rigorously reticent and philosophical in tone, Wallumrød’s numinous sound-world seems to speak – if it can be said to speak at all – of how difficult it is for a composer to say anything outside of sound itself.

Typically, the ear of the listener is focused down to the smallest sonic detail, and the totality of these details becomes the text of the music, as one learns to see the whole compositional universe, as it were, in each grain of sand. The music draws on disparate elements that a critic might link to, say, renaissance polyphony and early court and church music, the Norwegian folk tradition, avant-garde jazz or the meditative quietude of John Cage and Morton Feldman. But whatever the references, everything is set within an austere economy of means that places great emphasis on purity of sound and precisely intoned acoustic instrumentation, with the members of the ensemble acting as true musical partners and collaborators rather than hired hands playing the dots on a page. The resulting music is so of a piece that it almost represents a genre in itself. Nothing else sounds like the Christian Wallumrød Ensemble, who in turn sound entirely themselves.

Now, the Ensemble’s latest album, ‘Many’, which features the same quintet personnel as its Hubro predecessor, ‘Kurzsam & Fulger’, offers both a pleasing distillation of the story so far, and a radical departure from it. Most strikingly, ‘Many’ sounds exactly like the Christian Wallumrød Ensemble, only more so. The moments of silence seem starker, and the repetitions more unrelenting. There are disjunctive, stop-start rhythms and staccato openings that make one wonder whether these first tentative steps will ever coalesce into a tune at all. But when a melody does at last consent to arrive, it appears all the more beautiful for being withheld for so long, while jaunty interludes of almost jazzy swing, seem to swing all the harder. Everything seems intensely concentrated, as when Wallumrød’s piano chording introduces a few seconds’ worth of heart-stopping proto-balladry that could keep lesser composers busy for a whole career.

‘Many’ also features the addition of an important new element through the employment of electronics to complement the acoustic sounds of saxophone, trumpet, cello, percussion, piano and harmonium, with each member of the band credited with ‘electronics’ as well as their own instruments. These adventures in sound are absolutely key to the album as a whole, with a multi-faceted significance that’s expessed in long experimental interludes of what sounds like old-school analogue musique concrete, and also in subtle amendments and enhancements to their acoustic instruments applied by the players themselves in real time.

Wallumrød’s use of electronics demonstrates a real engagement with the form and its historical lineage. His distinctive vocabulary of sounds can’t help but recall the heroic era of experimental electronic modernism pioneered by composers such as Karlheinz Stockhausen, Arne Nordheim and Pierre Henry, and popularised through broadcasting units like the BBC Radiophonic Workshop. There’s also the example of his own experiments with contemporary electronica in the ‘anti-techno’ duo Brutter, formed with his brother Fredrik Wallumrød, while the real-time employment of electronic add-ons is a feature of the international quartet Dans Les Arbres, with whom he plays.

But ultimately, perhaps, what is most impressive about ‘Many’ is not the novelty value of the technology involved, but the seriousness and consistency with which Wallumrud and his musicians integrate it into the Ensemble’s continually evolving aesthetic. The continuity with earlier work – not least through the vital contributions of longstanding members such as the master-percussionist Per Oddvar Johansen, who has been present since the beginning, and trumpeter Eivind Lønning – is at least as important as the new additions. And the Ensemble really is the thing, with Johansen, Lønning and saxophonist Espen Reinertsen, all contributing to the arrangements of Wallumrød’s compositions, and everyone improvising around and beyond the written instructions. As always with the Christian Wallumrod Ensemble, the sound of the recording is paramount, and ‘Many’ – recorded by Peder Kjellsby at Isitart Studio, mixed by Bård Ingebrigtsen at Amper Tone, and mastered by Helge Sten at Audio Virus Lab – is yet another superbly captured document where the music truly lives and breathes.

All compositions by Christian Wallumrød