“…[a] fun and intriguing concept album…a musical tribute to the late Diz [that] invites listeners to imagine what might have happened if lessons about empathy and human decency had been embraced…. joyful and upbeat…” – Tom Henry, Toledo Blade

“Simply the best post bop album since the days of King Dizzy…. Bailey can soar like Dizzy did and blow lyrical too along with a band that totally follows the party line and is just about as close to what Dizzy would have if he were alive today.” – Lance Liddle, bebop spoken here

“John Bailey is a great improviser. Since we met as teenagers I’ve been taken with how natural a musician he is and how deeply his roots go into the tradition of jazz music. He’s a joy to listen to!” – Donny McCaslin, saxophonist

“Bailey’s playing is full of passion and fire, and he brings that energy to several musical styles.” – Jerome Wilson, All About Jazz

In 1964, Dizzy Gillespie announced his candidacy for President of the United States. The campaign was, in the iconic trumpeter’s wry fashion, in large part satirical – particularly his proposed cabinet, which included Duke Ellington as Secretary of State, Louis Armstrong as Secretary of Agriculture, and Miles Davis as CIA Director among others. But the issues that Gillespie raised on the campaign trail, during one of the most heated periods of the Civil Rights movement, were serious, and resonate with the conflicts we still face today.

On his new album, Can You Imagine?, veteran trumpeter/composer John Bailey posits an alternate reality half a century on from a President Gillespie administration. (This is no passing fancy for Bailey; as Allen Morrison points out in his liner notes, the trumpeter’s license plate reads “DIZ4PREZ.”)

Due out, appropriately enough, on January 20, 2020 – Inauguration Day – through Bailey’s own Freedom Road Records, Can You Imagine? is also offered as a rhetorical question, a stunned response to the fact that too many of us seem not to have learned the lessons on empathy and human decency offered by our country’s artistic giants.

“It’s an open question,” Bailey says. “Here we are in 2019 and there’s a lack of compassion and basic decency in our leadership and in our culture. I’m just asking: where would our culture be today if someone like Dizzy had actually occupied the White House in 1965? Can you imagine?

The modern world that Bailey imagines is built on a foundation of joyful swing, a melting pot of influences from throughout the jazz tradition and Latin America. It’s a celebration of fellow feeling among a knockout group of musicians well versed in making bold individual statements while melding their sounds into a harmonious whole. The core sextet includes saxophonist Stacy Dillard, trombonist Stafford Hunter, pianist Edsel Gomez, bassist Mike Karn and drummer Victor Lewis, along with guest appearances by bass trombonist and tuba master Earl McIntyre and flutist Janet Axelrod.

Leading the band is John Bailey, whose distinctive trumpet sound graced countless concert stages and record dates before he made his long overdue recording debut in 2018 with In Real Time. Over more than three decades as an in-demand sideman, Bailey enjoyed long-running relationships with Ray Charles, Ray Barretto, The Woody Herman Orchestra and Frank Sinatra, Jr., and contributed to a pair of Grammy- winning albums by Arturo O’Farrill’s Afro-Latin Jazz Orchestra.

The centrepiece of the album is the three-part, 12-minute “President Gillespie Suite,” which traces the candidate along the road to what he promised to rechristen “The Blues House.” While he half-jokingly relates the idea of a “concept record” to the influence of Jethro Tull’s Thick As a Brick, Bailey traces front-man Ian Anderson’s classic rock flute sound to the influence of one of his own key inspirations, Rahsaan Roland Kirk. The jazz eccentric’s 1969 album Volunteered Slavery is a touchstone for Can You Imagine?. McIntyre’s classic plunger solo style is featured over its theme and others, including Stevie Wonder’s “Do Yourself a Favor” in the suite’s second movement.

Kirk was also the inspiration for Victor Lewis’ “From the Heart,” one of two compositions from the legendary percussionist/composer, the other being the soulful “The Touch of Her Vibe.” Dillard contributed “Elite State of Mind,” its lilting melody beautifully voiced by virtuoso flautist Janet Axelrod.

Can You Imagine? opens with “Pebbles in the Pocket,” which Bailey says references the “pebbles of wisdom” that we each carry around with us from loved ones, mentors, or anyone who’s gone before and left behind those crucial nuggets of knowledge that it would behoove us to heed. “Ballad from Oro, Incienso y Mirra” is an excerpt from a suite that showcased Bailey with Arturo O’Farrill and the Afro Latin Jazz Orchestra at the Apollo Theater in 2016, an evening that also featured Dr. Cornel West.

Bailey describes Chico Buarque’s “Valsa Rancho,” with Axelrod on bass and alto flute, as “an iconic selection from the Elis Regina songbook,” another of the trumpeter’s wide-ranging passions. The album ends with a wistful rendition of the classic “People,” in which Bailey’s warm, embracing tone reminds us of our shared humanity.

Ultimately, that message is what Bailey hopes listeners come away with from Can You Imagine? The album is not meant to bemoan our current turmoil but to offer a better alternative, one in which we rise to our better natures. “Positive change is an important theme in this album,” he concludes. “I’m a patriot. I love my country. I want to enlighten people, to have them contemplate not just Dizzy for President in 1964 but any number of opportunities we’ve had, and will have, to champion compassion, dignity and civility. I’m a little frustrated that we’re not there yet, but I believe we will achieve social justice and I am compelled to serve the cause.” 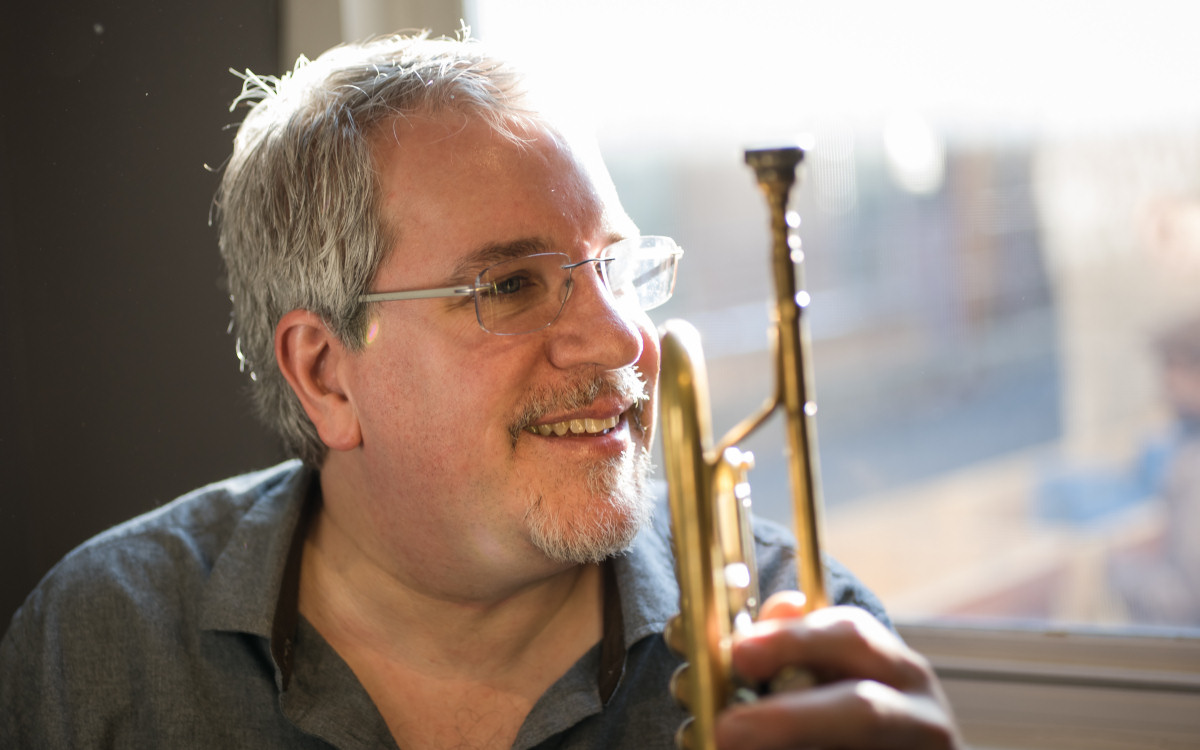 Known as one of the most eclectic trumpet players in New York City, Bailey is an in-demand musician and teaching artist in all forms of jazz, R&B, pop and classical music. He became a member of the Buddy Rich Band while still in college, and his career has included tenures with Ray Charles, Ray Barretto and New World Spirit, The Woody Herman Orchestra and Frank Sinatra, Jr. He has performed and recorded with James Moody, Kenny Burrell, Dr. Lonnie Smith, Barrett Deems and many others. His work with Arturo O’Farrill won two Grammy Awards, for the albums The Offense of the Drum and Cuba – The Conversation Continues. He has played on more than 75 albums and, as a jazz educator, has taught at the University of Miami and Florida International University.