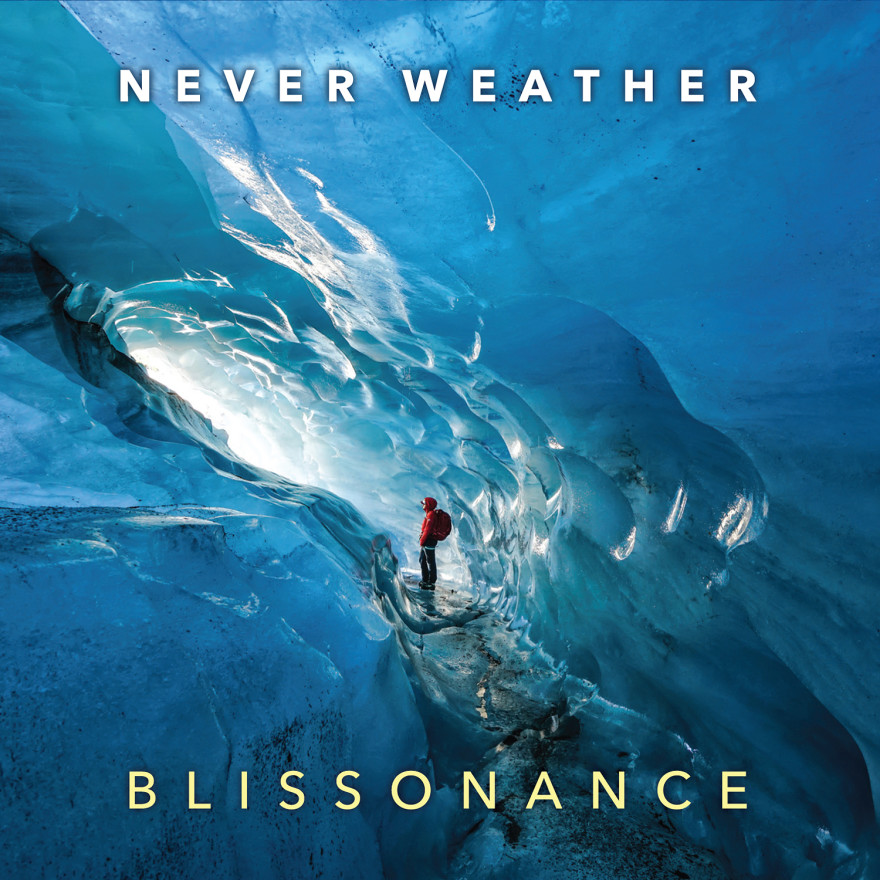 Oakland drummer/vibraphonist Dillon Vado didn’t necessarily set out to make a bold statement. As a young bandleader and composer, he wanted to forge a distinctive group sound with some of the most vividly inventive improvisers on the Bay Area scene. He achieved exactly that with his quintet Never Weather, but what makes Blissonance such an impressive debut album is the music’s combination of emotional and musical intelligence. The album is slated for release on January 17, 2020 on bassist Jeff Denson’s Ridgeway Records.Featuring trumpeter Josh Reed, alto saxophonist Aaron Wolf, guitarist Justin Rock, and bassist Tyler Harlow, Never Weather is more than the sum of its considerable players. Heady and intricate but never over-thought or busy, Vado’s music reflects the collective personality forged by musicians trained in the art of careful, responsive listening. “I don’t want a book,” says Vado, 28. “There’s a difference between a band and a book. I want to play with these guys and go deep into this music.”

The album opens with the insistent, rebounding theme “Never Catch Up,” a kinetic, headlong blues form that turns into a vehicle for Reed’s expansive, conversational trumpet. “Mask” is a mysterious ballad, a rising-and-falling soundscape that summons the spirit of Paul Motian. The band’s gift for melodic invention is on full display with “There Is No Secret,” a rolling theme by Rock that features some particularly graceful rhythm section interplay and the composer’s sly guitar work.

The album’s centrepiece is the evocative title track, which wends through a variety of thoughtful moods as it builds slowly to a beautifully calibrated guitar passage. While not through-composed, the piece is less a launching pad for solos than a kinetically detailed portrait of a vexing emotional state. A recently coined word describing the pleasure of being in a special place and realising your presence damages the location, “Blissonance” is an almost programmatic work that maps treacherous inner terrain.

Part of what makes Never Weather’s performances so enthralling is the calm decision with which the group flows from passage to passage, no matter the tempo. Solos often serve as commentary on the passing scene, rather than as digressions. With “Medium” Vado constructed the narrative after the fact, editing and layering improvisations played independently by Rock and Wolf  to create an ethereal dialogue. But most of the action takes place in real time. No piece better captures the group’s poise and attention to detail than “Always Setting,” a spacious, attenuated melody connected by a mobile bass line. It’s an intricate chamber jazz piece that gradually gains gravity without density.

Vado’s sequencing adds to the album’s overarching feel of tension and release, as five brief tracks punctuate his full compositions. Sometimes it’s just a deep breath before a plunge, like the mid-conversation trumpet fanfare of “No Grasp.” And sometimes a brief track contains a world unto itself, like the lapidary closing version of Thelonious Monk’s rarely played “Introspection,” a piece referenced earlier in hard-to-identify fragments.

“Some of the short tracks function as a buffer between two intense tunes,” Vado says. “The second day of recording I got about 8-10 minutes of improvised material from each player and I wanted to use those little bits. We also recorded ‘Introspection’ at a bunch of different tempos. When you arrive at the piece at the end of the album I want it to feel like you’ve heard it before.”

Blissonance is the latest dispatch from an artist who has quickly moved to the front ranks of the Bay Area scene. While gigging steadily as a drummer he’s gained as much attention as a vibraphonist, winning 1st place in the 2014 Jazz Search West competition on the instrument. In 2017, he was chosen for the Buddy Montgomery Jazz Legacy Award through the California Jazz Conservatory, where he earned his undergraduate degree the same year. He’s an essential component in some of the region’s most acclaimed bands, playing vibes in drummer Alan Hall’s Ratatet and trumpeter Erik Jekabson’s String-tet, and drums in Jekabson’s Electric Squeezebox Orchestra.

In addition to Never Weather, Vado wears his drum hat in Beyond Words: Jazz and Poetry, a project he co-leads with poet Amos White. He plays vibes and marimba in his group The Table Trio with bass master Jeff Denson and drummer Hamir Atwal. Over the past five years he’s also performed with masters such as Art Lande, Marcus Shelby, Hafez Modirzadeh, Royal Hartigan, and Marcos Silva.

Growing up in San Jose, Vado was surrounded by music. He started playing drums at eight, studying with a family friend while playing in school band programs throughout middle and high school. He played snare drum with the Santa Clara Vanguard and studied music full time at West Valley College, where he turned his attention to the vibraphone. Transferring to the California Jazz Conservatory in Berkeley, he went on to earn his Bachelor’s degree in 2017.

While he considers himself blessed with a thick network of creatively ambitious collaborators, Vado isn’t given to seeing divine messages in his music. He notes however that a sign from above greeted the first Never Weather formation. Playing outdoors with Rock and Harlow at Harlow’s church in 2018 “it was one of those magic gigs where everything lined up musically,” Vado recalls. “We were playing ‘Round Midnight,’ and as Tyler bows the last two notes two shooting stars went by right behind the audience.”

A different form of divine intervention led to him expanding the ensemble in the form of a voice mail message from pianist and jazz guru Art Lande. “He said that Josh Reed was moving to town, that he’s a great that you have to play with him. We did an Electric Squeezebox Orchestra gig and he ripped it up.” Calling Wolf, an old friend from San Jose, came in a moment of inspiration. They’d been out of touch for a while, when Vado reached out to him and the timing was perfect. The saxophonist was eager for a challenging new situation.

“I picked every member really carefully,” he says. “No one really knew each other. Aaron and Josh have tons of mutual friends and hit it off. Aaron did his master’s at University of Nevada, Reno and Josh just took over Ralph Alessi’s gig there.”

A snapshot of an evolving ensemble, Blissonance is the work of restless intelligence and bountiful heart. Vado wasn’t looking to make an album when he got the players together “but the group dynamic came together quickly and I realized that I needed to document this,” he says. The cover art, a shot by award-winning National Geographic photographer Tom Schifanella, is icing on the cake. Taken with image, Vado contacted him and quickly reached generous terms to use the photo. “A lot of stuff lined up for this album,” he says. “I’m really proud of the sound of the record and the tunes.”