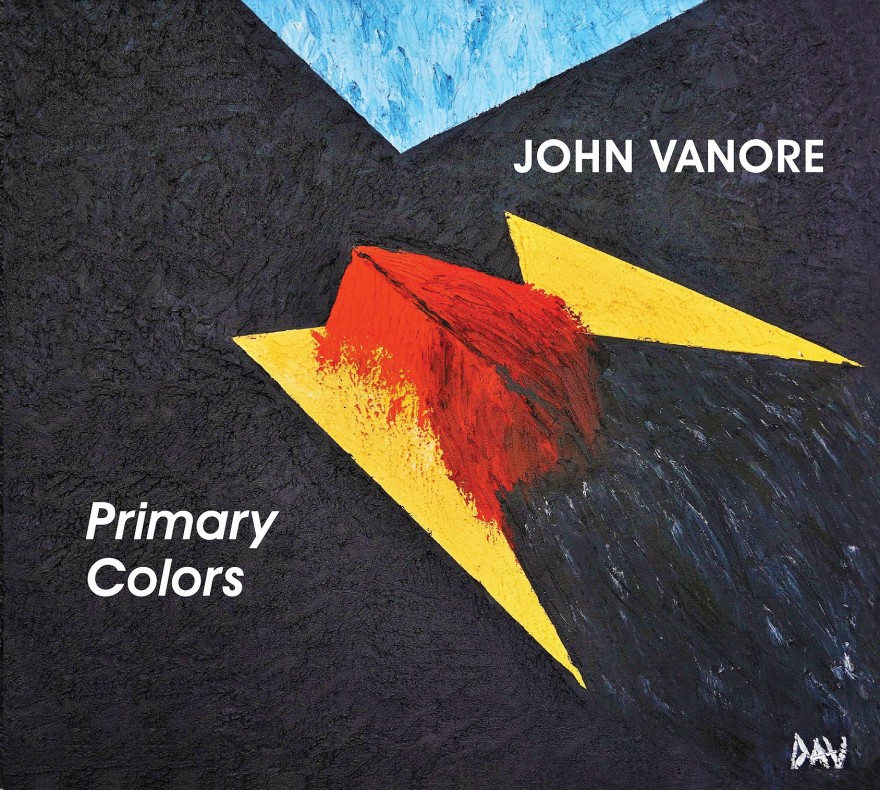 out February 7, 2020 via Acoustical Concepts

In the small, elite group of performing musicians better known as composers, arrangers and bandleaders, the trumpeter John Vanore has carved out a uniquely brilliant niche. Vanore, who was still a teenager when his life’s mission was made clear after he heard the great Oliver Nelson, is best known for helming Abstract Truth, an innovative, long-running ensemble combining the flexibility of a combo with the might of a big band. Over the past four decades, he’s earned the kind of gushing press rare for any jazz artist—much less one who directs an unconventional little-big-band. “Vanore’s touch with ensemble texture and color, and his sense of narrative timing, recall Gil Evans,” wrote Stereophile, before going on to call Vanore’s Easter Island Suite “a musical portrait of wonder.” JazzTimes has chosen hosannas like “hauntingly beautiful,” “well crafted,” “stirring orchestration” and “edgy.”

Now, after so much acclaim for his signature ensemble, Vanore is releasing Primary Colors, a compelling collection of seven sonic adventures that he recorded with the keyboardist and composer Ron Thomas in 1984 and ’85. Captured just outside the musicians’ native Philadelphia, these duo-logues provide a fascinating snapshot of both Vanore’s career and improvised music in the midst of an underrated era when so much about jazz was in flux—the music’s aesthetics, its culture, even its technology. As a showcase for Vanore the masterful trumpeter—a veteran of Woody Herman’s hard-touring band, and a devoted pupil of John Coltrane’s Philly-based mentor, guitarist Dennis Sandole—Primary Colors is at once a stunning time-capsule piece and a harbinger of more elastic, more compact and increasingly player-centric Vanore music to come.

Thomas was a sophisticated user of the (at the time) cutting-edge Yamaha DX7 synth, whose idiosyncratic sounds are the stuff electronic musicians and hip-hop producers continue to seek out. Those timbres, like the rest of Primary Colors, are an emblem of a golden pocket on jazz’s timeline when improvisation, pop, R&B and jazz-rock coalesced in wild and wonderful ways. “There was a lot going on,” Vanore says today with a chuckle, looking back on the heady period that bore Primary Colors. “There were really a lot of things converging.”

For years he’d been a first-call trumpeter on live shows and studio dates, but those opportunities were starting to slow down, waylaid by the discotheque and the increasing computerization of music production. Suddenly Vanore had time and energy to spare, and he channeled the surplus into Abstract Truth and his snowballing interest in large-ensemble writing and direction. Galvanized by Nelson’s vibrant orchestrations, Vanore architected an unusually brass-focused lineup of horns, plus a rhythm section that achieved fresh colorations by swapping out piano for guitar.

Thomas, however, had no problem bringing a bold new palette into Vanore’s fold. A visionary player with whom the trumpeter had gigged around town, Thomas crafted lyrical improvisations with an orchestrator’s attention to the structure of his lines—he was, after all, a direct pupil of Stockhausen as well as a lifelong disciple of Bill Evans and Miles. Vanore shared similar sensibilities, and the two friends began joining up to play exploratory duets. The setting was a rehearsal room at Widener University, Vanore’s alma mater and the institution where he made his career as an educator. Vanore was gradually outfitting the room with recording equipment, and Terry Hoffman, the trumpeter’s gifted and knowledgeable go-to engineer, played producer, refining the music’s textures by facilitating overdubs and judiciously applying then-state-of-the-art delay and reverb units. Hoffman “mixed at will,” Vanore writes in his liner notes, “creating the cinematic sound environment appropriate for the pieces to realise their emotional impact.” Vanore recovered most of the music when he was reorganising his basement in the summer of 2019 and came across some old cassettes. He completed the extensive necessary audio restoration in his home studio.

The sessions’ only real protocol was a willingness to experiment, in the way of sound, song form and more. “We weren’t approaching this stuff like head/solos/head,” Vanore recalls. “Our approach was more compositional.” Spontaneity was also paramount, and while there may be multiple overdubbed layers at various points, a single-take ethic was honoured throughout the informal sessions. In the end, the reason Primary Colors sounds so extraordinary—daring in its sonics yet intimate and empathetic in its interplay—is that it was never supposed to be a commercial release to begin with.

The seven tracks that make up this eavesdropped gem are distinctive environments with their own otherworldly charms. Thomas’ “Final Dawn” features Vanore’s thoughtful, singing flugelhorn lines atop elegiac piano. On the DX7, Thomas overdubs fleet, watery organ-sounding choruses. He also adds a percussive element via small cymbals and tiny drumsticks, which Vanore recalls as being “almost like chopsticks.” Through Hoffman’s close mic placement and a dollop of reverb, the metal has a crisp, potent presence.

“Lady,” the Lionel Richie-penned smash, is reinvented as the kind of ethereal tour de force you might expect to hear on an unsung classic from ECM’s thrilling early years. Vanore first dug the melody while working a commercial gig. Soaked through with overdubs, he says, “it became a tapestry of sound with the trumpet, flugelhorn and piano making interactive comments in and around the melody.” “Yesterdays” and “A Time for Love” underscore the duo’s imaginative and seemingly telepathic way with standard repertoire.”

“Origins of Rude” arrives like a thunderbolt of crude funk. Vanore had Thomas play a beyond-funky 7/4 bassline on Fender Rhodes, which became an analog tape-loop foundation for one-take multi-tracks. The trumpeter plays blasts and bleats reflecting the rough-and-tumble phrasing of electric Miles, as Thomas offers zany stabs of DX7, conjuring up B-movie soundtracks as well as the avant-garde wing of ’80s fusion and funk. Vanore’s overdubbed snare hits provide an off-kilter kind of thrust and momentum. The tune’s title reflects its status as a sketch or seed for “Rude,” a fleshed-out work that would appear on Abstract Truth’s 2010 album, Curiosity. Even on an album filled with sounds that are so dated they’ve become strikingly fresh, “Origins of Rude” stands out as supremely evocative. When Tarantino needs score for a bar scene in a cyberpunk blaxploitation flick, this delightfully weird cut should be it. Vanore and Thomas find their way back to more elegant fare with the former’s “Return,” a gorgeous conversation between flugelhorn and Rhodes, and a creative take on “Secret Love.” With Thomas’ quirky DX7 timbres and swinging cymbals, the latter track approaches the energy and muscle of a combo at full mid-to-uptempo tilt.

Primary Colors also provides Vanore with an opportunity to counter the very good predicament he’s created for himself. After so many extolled sessions in which his writing and arranging have defined his identity, and his playing has been tastefully submerged in his ensemble’s hues, it’s a pleasure to hear him just open up and blow again. His fluid virtuosity will remind listeners of his lifelong devotion to Miles, Freddie Hubbard, Art Farmer and other greats. His playing also highlights his post-collegiate months on the road with Woody Herman, and his extensive studies under Philadelphia guitarist Dennis Sandole, a mentor to John Coltrane. Vanore is an “intriguing trumpeter [who] pushes expressive possibilities,” DownBeat wrote in one article; in another, the jazz bible praised Vanore’s strength as a player and his “pristine melodic sense.”

Ultimately, Primary Colors points a way forward. “I want my next project to be more oriented to improvisational playing,” Vanore says, “rather than subordinating that side of myself.”

The pivotal moment in trumpeter, composer, producer and bandleader John Vanore’s career occurred while he was attending a summer program directed by Oliver Nelson, among the most significant player-composer-arrangers in jazz history. Nelson’s singular identity was so inspirational that Vanore made his decision to pursue music right then and there. To realize this goal, Vanore went on to study with Philadelphia-based guitarist Dennis Sandole, a mentor to John Coltrane, which further instilled in the young musician the importance of creating a distinctive musical personality as a composer and an improvising soloist.

After graduating from Pennsylvania’s Widener University—where Vanore would later have a long and celebrated career as an educator—he joined the legendary Woody Herman band. That experience led to Vanore combining small-group intimacy with the firepower of the big band in his own unique large ensemble, Abstract Truth. Touting an extraordinary brass-heavy lineup, Abstract Truth has released six critically lauded albums, the most recent being Stolen Moments: Celebrating Oliver Nelson, an imaginative homage to Vanore’s foremost hero. 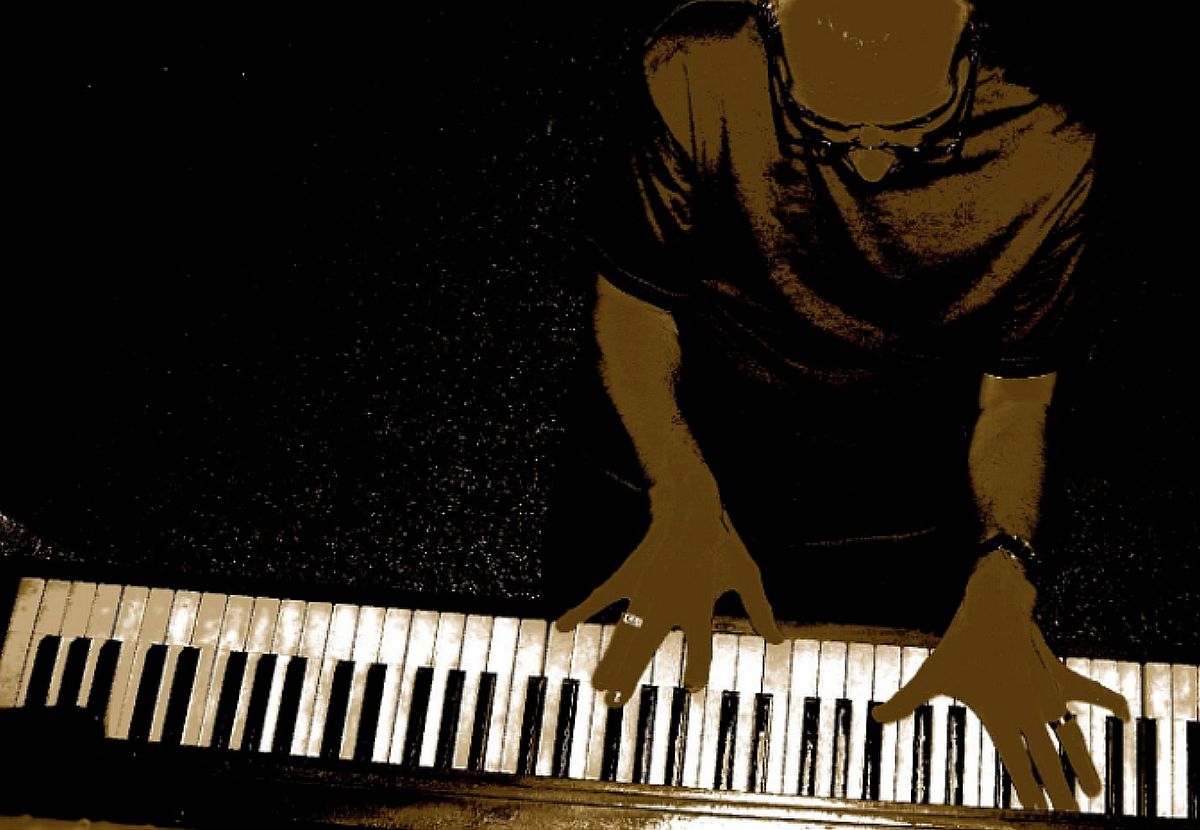 Ron Thomas is recognised for the scope and breadth of his influences and interests. He attended the Manhattan School of Music, where he studied composition with Vittorio Giannini, Nicolas Flagello and Ludmila Ulehla. During that time, he also studied privately with M. William Karlins and later with Karlheinz Stockhausen at the University of Pennsylvania in Philadelphia. Heavily influenced by the music of Miles Davis and Bill Evans, Ron continued his studies in composition with Stefan Wolpe and Raoul Pleskow at C.W. Post College, Long Island University, where he received his master’s. The years since have been an extended elaboration upon these foundational elements through composing, jazz performance, recording, teaching and writing about music.