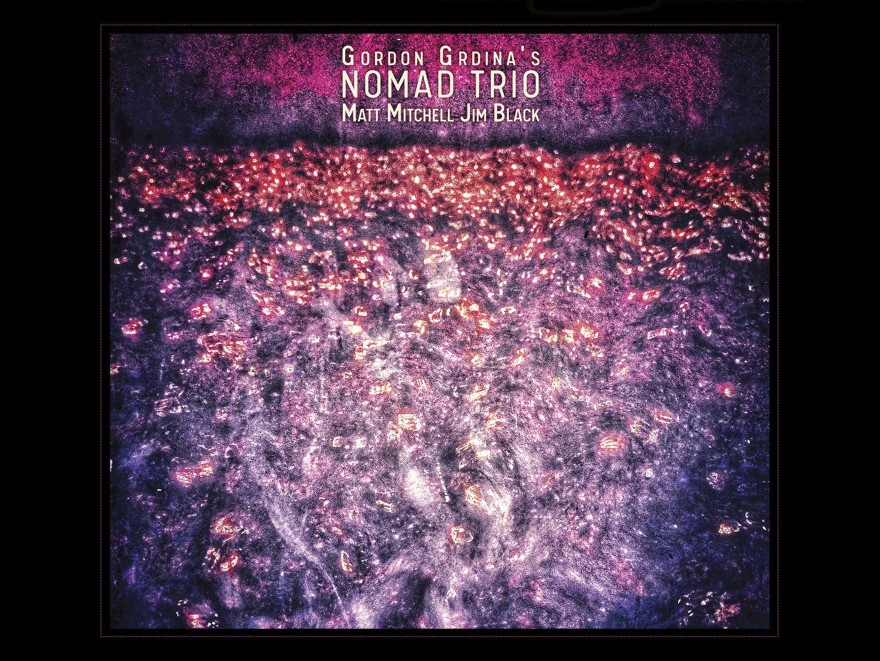 “The prevailing ambience is one of dark mystery, but the ruggedness of Grdina’s tone makes for a palette of rich contrast.” – David R. Adler, JazzTimes (review of Think Like the Waves)

A musician’s life is an inherently nomadic one, which can make things difficult when trying to get three of modern jazz’s most in-demand artists into one room at the same time. Vancouver-based guitarist and oud player Gordon Grdina had wanted to bring together pianist Matt Mitchell and drummer Jim Black for several years before their busy schedules allowed them to finally join forces. The results turned out to be well worth the wait, as Nomad, the debut from Gordon Grdina’s Nomad Trio, is thrilling high-wire act of complex interplay and sparks-flying electricity.

Nomad, due out January 10, 2020 via Skirl Records, will be released concurrently with Resist, a politically-charged album by the Gordon Grdina Septet on saxophonist Jon Irabagon’s Irabagast label. The Nomad Trio music was penned by Grdina with these musicians and their vast array of experiences in mind – an idea that the composer found incredibly liberating. “Knowing what Matt and Jim can do, the possibilities were wide open,” he says. “I could be as imaginative as I wanted to be, which was really exciting.”

The name of the trio definitely reflects the members’ travel-heavy lifestyles, but in the case of Grdina, Mitchell and Black it also points to the wandering tastes and wide-ranging inspirations of all three musicians. Grdina’s music explores uncommon convergences between adventurous jazz and improvisation, indie rock and classical Arabic music. His diverse projects bridge the divides between contemporary chamber music and avant-garde experimentation, combining unique artists and instrumentation to craft singular sonic landscapes in projects like Square Peg (with Mat Maneri, Christian Lillinger and Shahzad Ismaily), The Marrow (with Mark Helias, Hank Roberts and Hamin Honari) and his Quartet with Oscar Noriega, Russ Lossing, and Satoshi Takeishi.

Mitchell’s boundary-free playing roams between the acoustic and the electronic, the intricately composed and the extemporaneously improvised, meshing with the soulful strains of the Dave Douglas Quintet, the expansive labyrinths of Tim Berne’s Snakeoil, and the metal-jazz fusion of Dan Weiss’ Starebaby alike. Black’s forward-thinking approach to the drums came to prominence in the ground-breaking quartet Human Feel before joining Berne’s influential quintet Bloodcount, and has since forged a unique path splicing jazz with rock, electronica and Balkan influences through bands like AlasNoAxis and Pachora.

In Mitchell’s case, Grdina praises the pianist’s keen focus, saying, “There’s always an intensity to Matt’s playing that I love. He’s somebody that really pushes the music and is one hundred percent committed to it.” As for Black, whose playing has been an influence on both of his triomates, Grdina says, “Jim is able to take these off-kilter rhythms and make them sound cohesive. No matter how adventurous I was in my writing, he made it all groove, so that even the most complicated music feels good, like it all has a back-beat.”

That combination of the joyful and the cerebral is vividly on display out of the gate, as opener “Wildfire” captures the beauty and violence of animals in their natural habitat. Like many of Grdina’s compositions, its title comes from the site of its inception: “Wildfire” was composed while he was an artist-in-residence at the Banff Centre for Arts and Creativity in Alberta, Canada, an institution renowned as much for its natural splendour as for the brilliant music it has spawned. “You’re writing music in a cabin while deer stroll right up to your window, You’re literally in the wild” Grdina recalls. “That beauty is part of it, but the song also has this fire and intensity to it.”

Opening with a knotty solo statement from the bandleader, “Nomad” offers a mission statement for the trio, its gnarled melodic line embodying the restlessness and search for a foothold suggested by the name. Mitchell’s churning solo joins with the tumultuous rumble of Black’s drums to conjure a sense of unsteadiness that bleeds into Grdina’s assertive, serrated turn. “Ride Home,” written while Grdina was wrapping up an exhausting tour with a rock band, feels laden with the edgy weariness and tense anticipation of a long-overdue return.

The haunting “Benbow” recalls a stay in a historic northern California hotel, its age present in both alluring and unsettling ways that reminded Grdina of the ill-fated Overlook Hotel from The Shining – albeit in the much more inviting summer months. The album takes a turn for the autumnal on “Thanksgiving,” written during the holiday but also in gratitude for the opportunity to play with such stellar musicians. Mitchell’s shimmering introduction to “Lady Choral” reflects the music’s origins in a dream – one in which Grdina humorously struggled to pronounce the name of fusion guitarist Larry Coryell. The slip of the tongue produced this stunning, chorale-like piece that is the album’s sole showcase for Grdina’s virtuosic oud playing.

“It feels like all of us are constantly moving, both literally and musically,” Grdina sums up. “Everybody’s always touring like mad, and musically it feels like we have to find our roots wherever we happen to be. It’s a fascinating challenge to stay grounded while doing things you’ve never done before and moving in new directions toward places you’ve never been.” 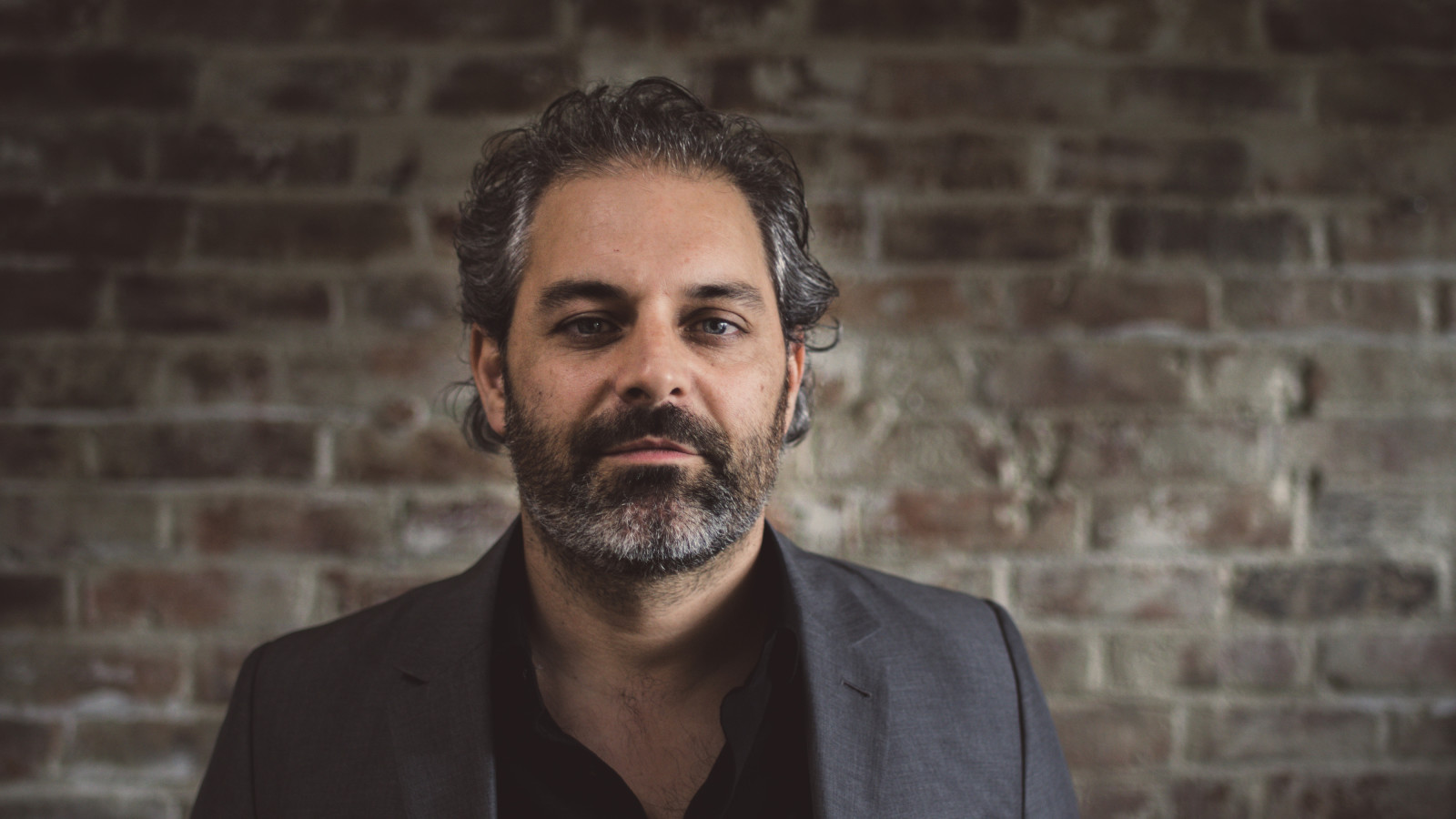