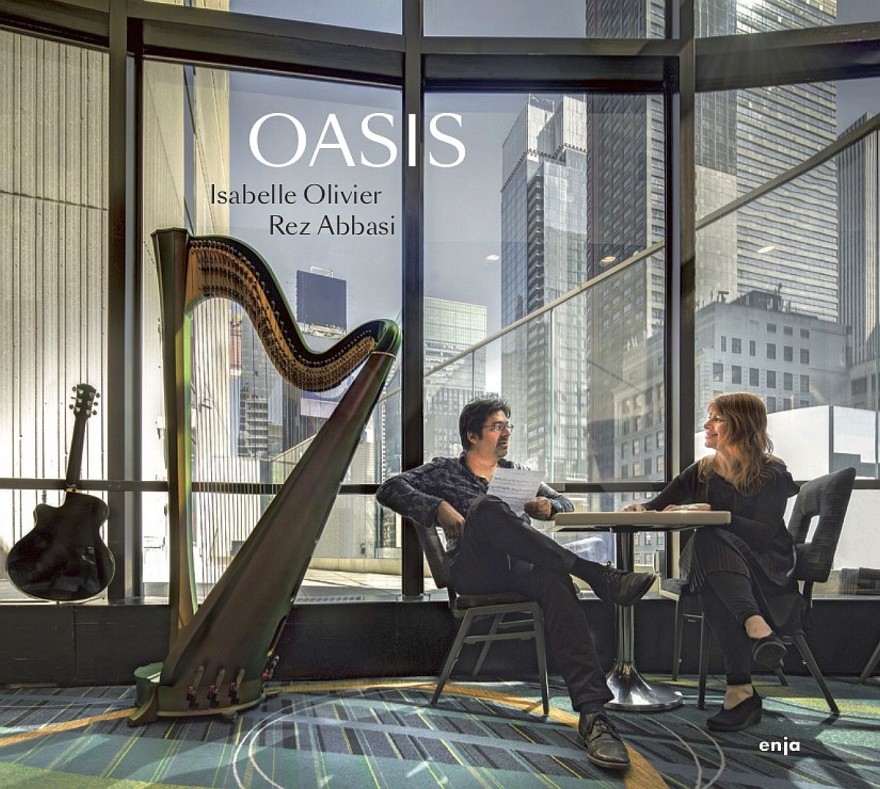 OASIS, the new recording from the award-winning guitarist Rez Abbasi and the captivating French harpist Isabelle Olivier, makes the pairing of their respective instruments sound predestined. The confluence between harp and guitar offers unique opportunities in harmony, rhythm and texture, which they magnificently capture and magnify in order to create a personal sound. Joining the two highly empathetic leaders are gifted percussionists Prabhu Edouard on tabla and David Paycha on drums.

Together the texture of the quartet creates a sanctuary of sound, but along with the compositional and arranging prowess of both leaders, the collective flourishes in originating a bold statement. During the opening Abbasi arrangement of the well-known Richard Rodgers song “My Favorite Things,” we get a firm sense of what will proceed. Along with their free spirited willingness to traverse the avant-garde, they remain sensitive to each other and all musical elements. Other tracks such as Olivier’s “Timeline” convey a film-like quality and push her use of electronics, while Abbasi’s harmonically bountiful “Stepping Stone” echoes with classical influence.

Throughout OASIS (an acronym for Olivier Abbasi Sound In Sound), the music surges with a uniquely propulsive groove, with sinuous melodies that follow surprising, exotic contours. As soloists, each member displays virtuosity without overbearing the music. Collective improvisations also abound with breathtaking results. As a conceptual team, Abbasi and Olivier are able to combine their compositional spheres to create a varied yet singular program of music.

Guitarist and composer Rez Abbasi is an artist who continually pushes new boundaries. Born in Karachi, Pakistan, and raised in Southern California, he studied at the USC and the Manhattan School of Music in jazz and classical music, supplemented by a pilgrimage in India under the tutelage of master percussionist Ustad Alla Rakha. Abbasi’s music is a vivid synthesis of all the above stated influences and genres. Voted #1 “Rising-Star Guitarist” in 2013’s DownBeat Critics Poll and placed in the “Top-Ten Guitarists” in 2015 & 2016, Abbasi has become one of the most significant musicians on the current scene. Making New York home for the past 25 years, he has created a unique sound that is stimulated by his jazz pedigree and Indian-Pakistani upbringing. With fourteen albums, multiple awards and composition commissions, Rez Abbasi continues to find creative ways to enrich diverse audiences with his musical projects. 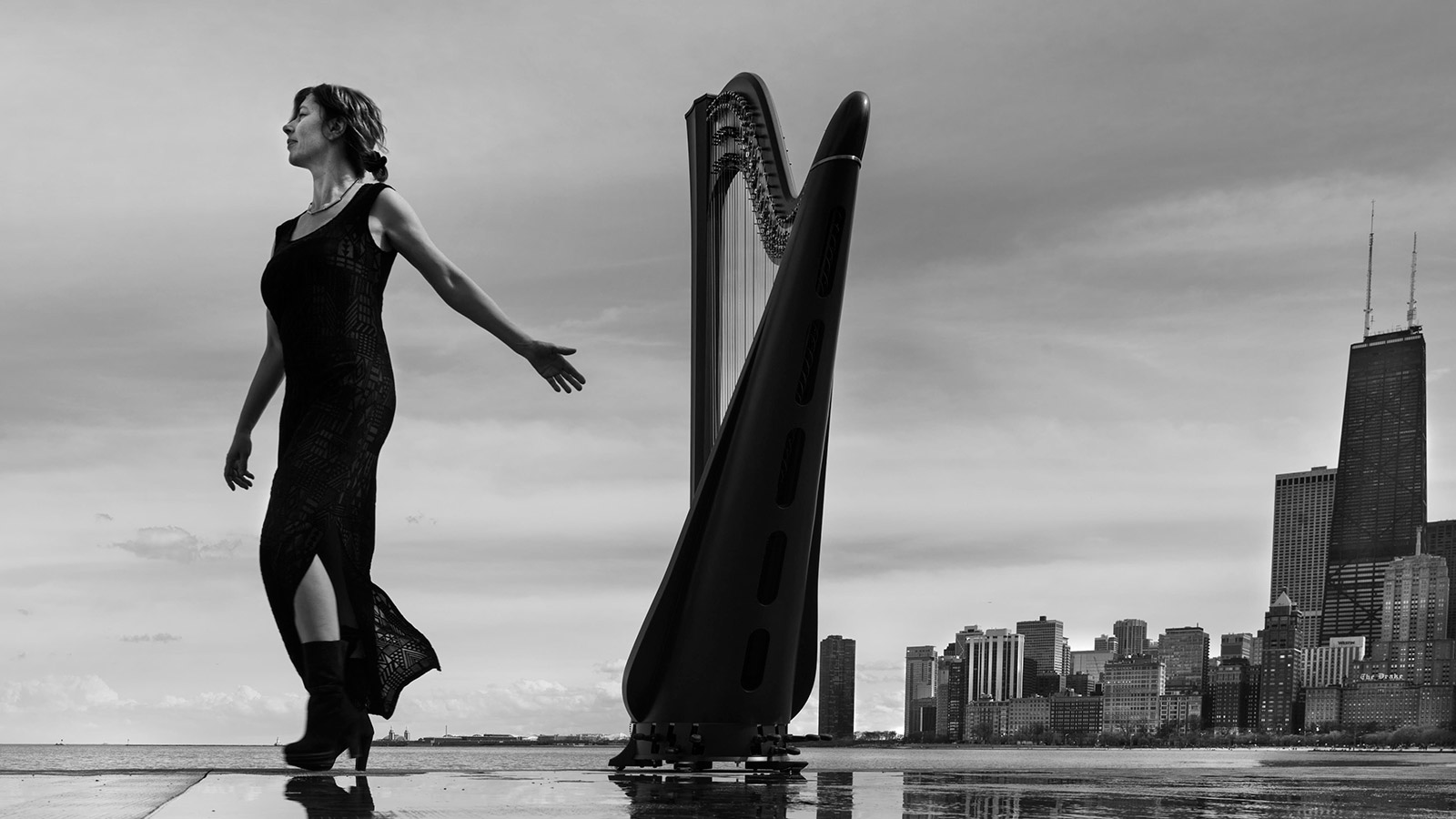 Jazzwoman, composer and harpist Isabelle Olivier brings a wave of freshness and novelty to the international artistic world with her surprising and unique instrument and strong musical personality. She has recorded eight discs and a DVD of her personal work and traveled to 22 countries to present her musical creations. For the past five years she has divided her time between France and the United States. She has worked with artists from all fields including Agnes Varda and Adbellatif Kechiche in film; Emilie Valantin and Michel Bruzat in theater; as well as the Radio France Choir.  She has also given master classes at the Trinity College in London. She is a worldwide ambassador for the new electro-acoustic harp Salvi “Rainbow.” Winner of the Prize from the Villa Le Nôtre at Versailles in 2015, she became the first musician and composer awarded by the foundation. In 2017, she was commissioned by the Art Institute of Chicago to compose and perform “In between Gauguin.” 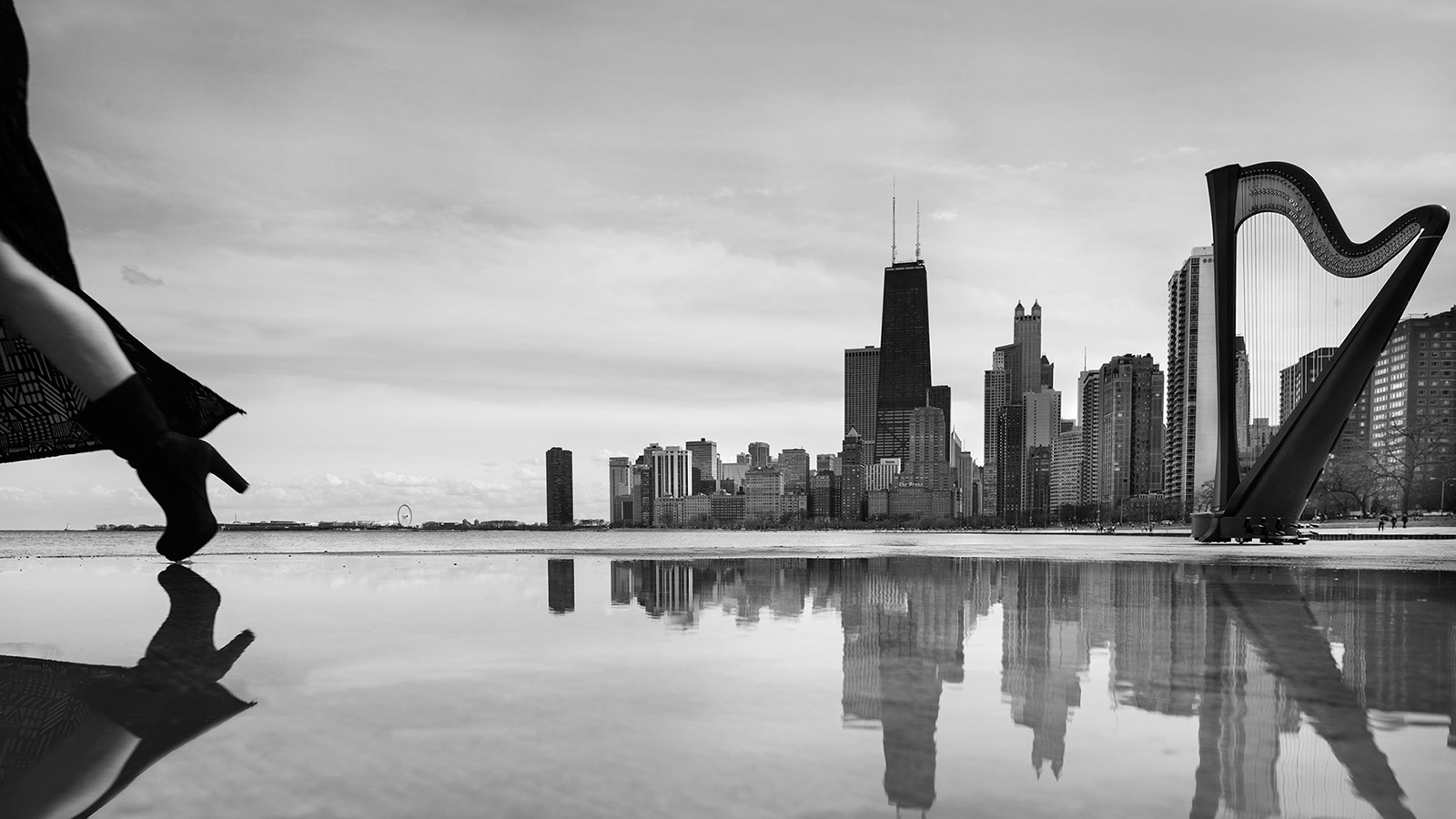