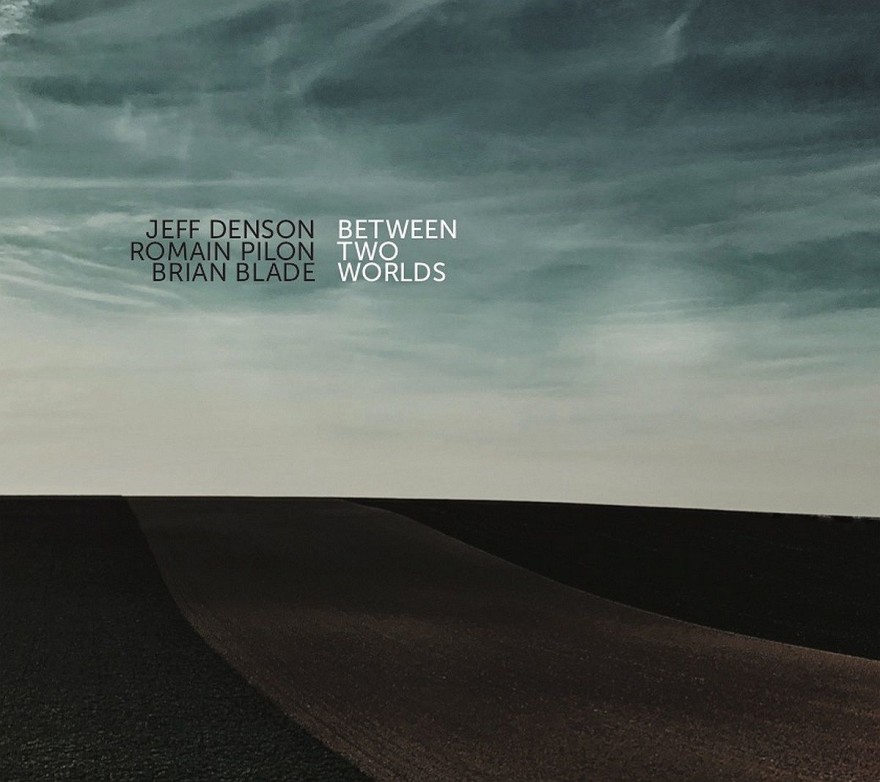 Internationally renowned bassist and composer Jeff Denson had long been a fan of Brian Blade when he got the call in 2017 to tour with Joel Harrison’s Spirit House quintet, which featured Blade on drums. “I said, ‘YES! Absolutely, without question. I’ll do back flips if you want,’” Denson says.

“Jeff and I could communicate like that right away, [as musicians] and as people too,” adds Blade of their bandstand meeting. “The kind of relationship where you don’t have to say too much, or to explain.”

Their chemistry was so strong that Denson decided to bring Blade into another partnership he’d developed, with Paris-based guitarist Romain Pilon.  Between Two Worlds is the result of that three-way meeting of the minds.

“I first met Romain at Berklee College of Music, 20 years ago this fall, and after reconnecting a couple of times over the years, once in New York and again for a tour in California, we decided to do a project together,” Denson says. “He’s a bad dude. A virtuoso player, but very sensitive and very musical—the same exact words I would use to describe Brian. It just seemed like a perfect fit.”

Between Two Worlds features ten original compositions: five each by Denson and Pilon, most of them written especially for this album. The music’s sound is consistent across the album: complex but highly expressive post-bop, guitar-trio jazz. Yet for the most part, it’s apparent at a glance which composer wrote which tune. Pilon’s titles are in French (“Sucrée,” “En Trois Temps,” “Azur,” “Génération”); “Madrid,” whose language is neither of the above, is also by Pilon. “Song of a Solitary Crow,” “Nostalgic Farewell,” “Listen Up,” “Lost and Found” and “Between Two Worlds” are Denson’s.

The album’s title has poetic dimensions. “As musicians we float between two worlds,” writes Denson in the album’s liner notes. “One, a physical plane and the other a powerful reality that can only be found with the most open of ears, hearts and minds.” Part of that intuitive reality is the chemistry between the three musicians, which all of them agreed was strong. “Romain is inspiring, his playing and compositions,” Blade says. “And Jeff as well. Who they are comes through in the music, and the joy.”

“Playing music with Jeff and Brian was like discovering new paths to creativity,” Pilon adds. “I felt like everything was possible. I just had to keep my ears open.” “It’s one thing to make everything work and have everybody sound good, but there’s an un-explainable magic that can happen between players,” Denson finishes. “That was very clearly there for us. It was a totally magical, exciting experience to do this trio album.” 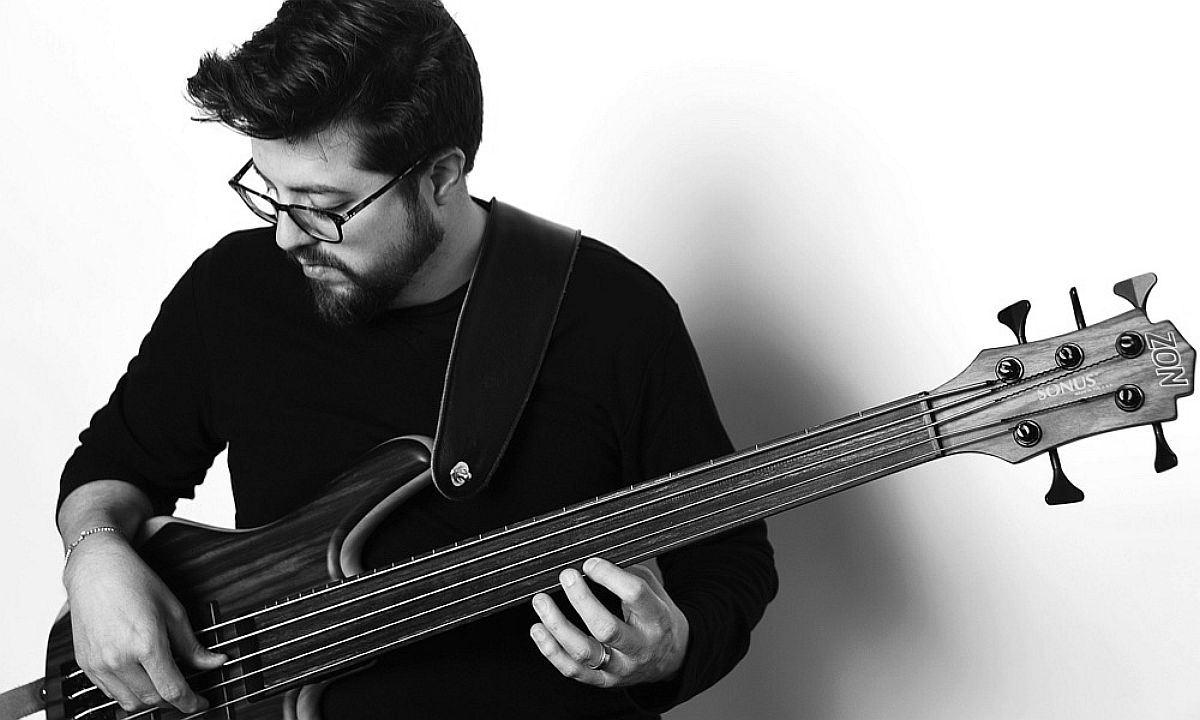 Internationally renowned bassist, vocalist, composer, and educator Jeff Denson was born on December 20, 1976 in Arlington, Virginia, and grew up in the Washington, DC area.  He began playing alto saxophone in the third grade, switching in high school to bass and vocals. He studied at Virginia Commonwealth University and Northern Virginia Community College, all the while freelancing heavily on the DC jazz scene, before transferring to Boston’s Berklee College of Music to complete his degree. At Berklee, Denson co-founded the trio Minsarah, touring and recording with the band for fifteen years and becoming the accompanist for the legendary saxophonist Lee Konitz for over twelve years. In the meantime, Denson completed a master’s degree at Florida State University and a DMA at the University of California at San Diego.

Denson relocated to the San Francisco Bay Area in 2011 to become a professor at the California Jazz Conservatory where he now serves as Dean of Instruction.  He released his first solo project, Secret World, in 2012 and has earned wide critical acclaim for his performances and recordings. DownBeat Magazine has cited Denson’s “considerable gifts as an improviser, interpreter and sonic trailblazer…” earning him a spot on the DownBeat International Critics Poll.  Germany’s Jazz Podium Magazine noted that “Denson is breaking new ground…(he is) one of the leading bassists of contemporary jazz.” Denson has released fourteen albums as a leader or co-leader and performs in some 60 concerts annually with his own groups as well as with the San Francisco String Trio (Denson, guitarist Mimi Fox and violinist Mads Tolling), among others.

He also spearheads Ridgeway Arts, a nonprofit designed to enhance and fortify the Bay Area scene with educational initiatives, concert presentations and recordings released on Denson’s Ridgeway Records label. In addition to Between Two Worlds, Denson released Jeff Denson Live, a digital album, in May 2019. 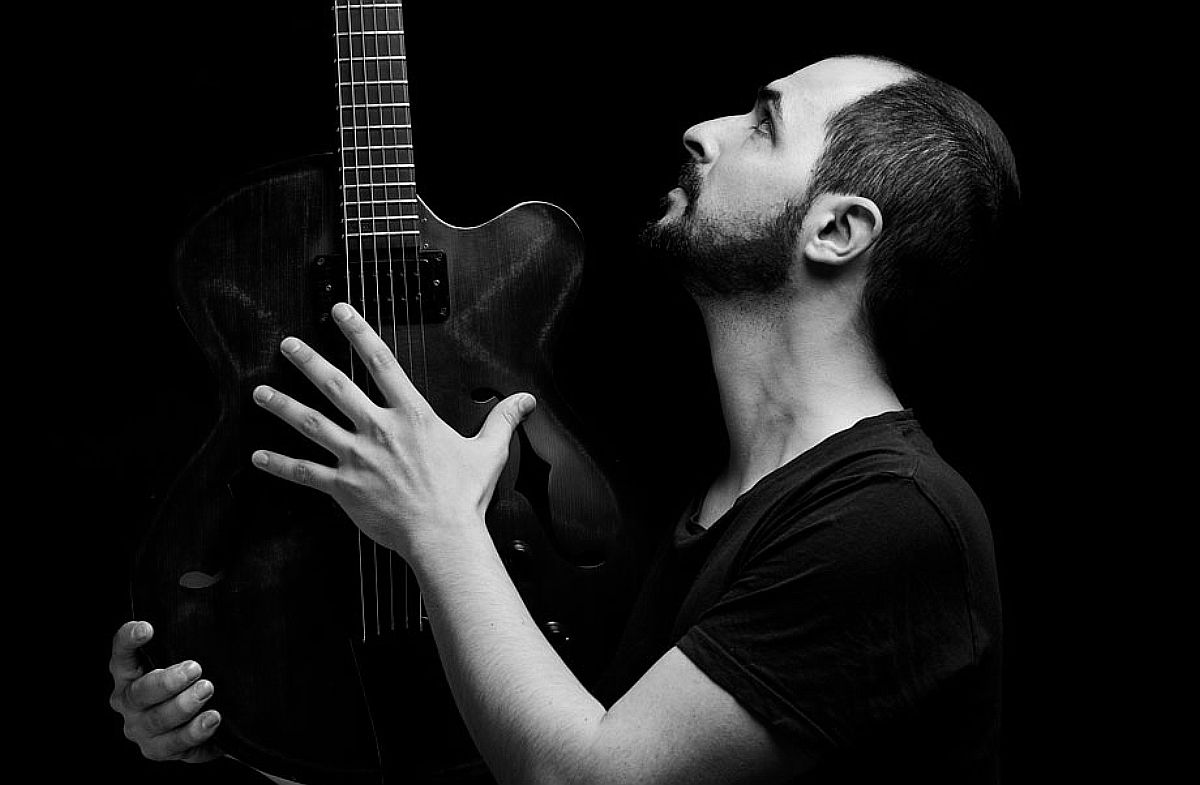 Photo by by Marco Castro /FR

Described by Jazzwise as “a brilliant improviser,” French guitarist and composer Romain Pilon has, over the years, earned a solid reputation among the jazz guitar world. He started playing guitar at age 10, exploring all kinds of music throughout high school and eventually going to Conservatory in his native France before gaining a scholarship from the famed Berklee College of Music in Boston. After his US sojourn (where his won three awards and was chosen with his group to open for Pat Metheny out of 1,000 guitar students) he lived between Paris and NYC, performing with some of the world’s greatest improvising musicians.

Romain has recorded three albums as a co-leader and four as a leader: NY3, Colorfield, The Magic Eye, and most recently, Copper. His talent both as an improviser and composer has earned him kudos in the international press as one of the standout musicians currently living in Paris. Jazz journalist and curator Vincent Bessieres wrote: “Romain is a guitarist whose flow of imagination sets high standards, and whose guitar tone is one of the most elegant around…” Jazz Podium (Germany) calls him “a wonder of taste and style.” His ability to play all forms of jazz, from swing and bebop to modern and avant-garde, makes him an in-demand sideman.  Recent performances have included tours as a leader in France, Spain, Portugal, Germany, and the US in clubs and festivals such King’s Place (London), Duc des Lombards (Paris), Crescent Jazz Festival, Malta Jazz Festival (Malta), Jazz Station (Belgium),Saint Omer Jazz Festival, Vitoria Jazz Festival (Spain), La Londe Jazz Festival, and many more.

Besides his career as a performing musician, Pilon is a renowned pedagogue. He has given masterclasses in France, the US, Portugal, Italy, Spain, Japan, Germany, and Malta. In 2016 he started a series of “Mini Lessons” videos on YouTube. With over 200,000 views on the playlist and close to 7,000 downloads of pdfs from all over the world, it has been a big success. Over the years he has taught over 200 private students, many of them now renowned musicians in their own right. 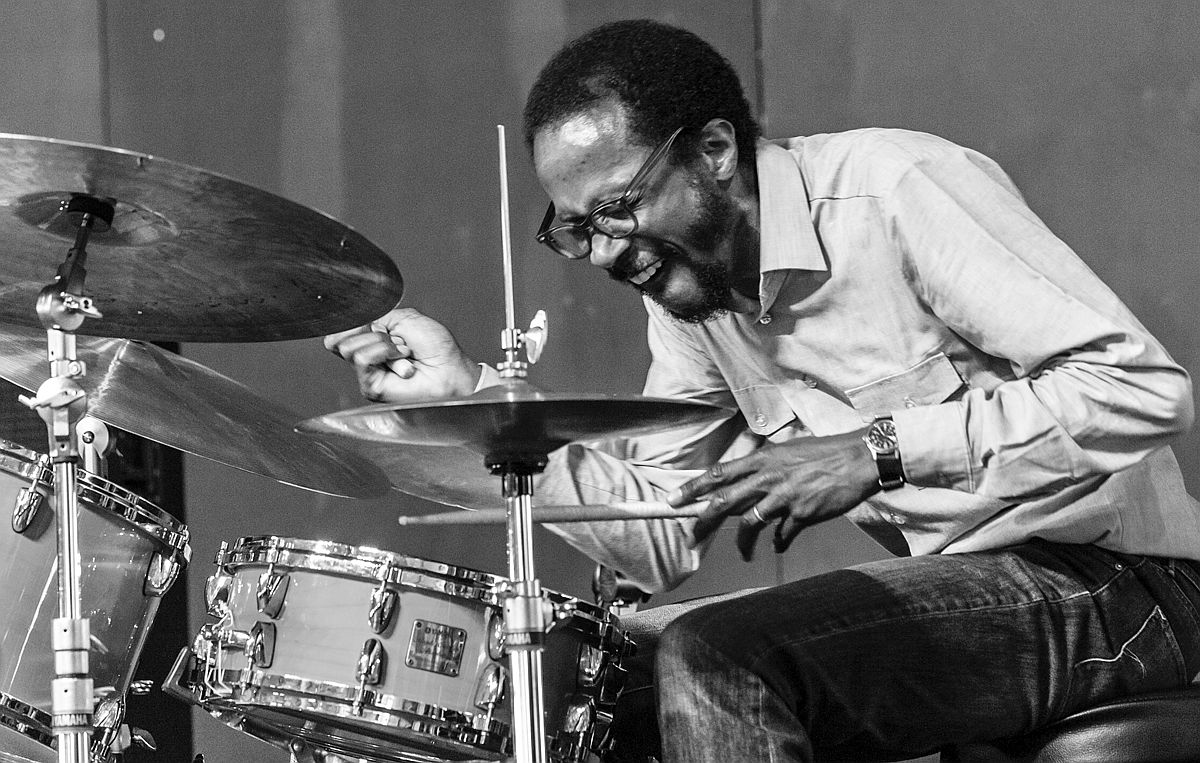 Brian Blade was born and raised in Shreveport, Louisiana. The ﬁrst music he experienced was the Gospel and songs of praise at the Zion Baptist Church where his father, Brady L. Blade, Sr., has been Pastor since 1961. In elementary school, music appreciation classes were an important part of his development, and at age nine he began playing the violin. Inspired by his older brother, Brady L. Blade, Jr., who had been the drummer at Zion Baptist Church, Brian shifted his focus to the drums throughout middle and high school. During high school, while studying with Dorsey Summerﬁeld, Jr., Brian began listening to the music of John Coltrane, Charlie Parker, Miles Davis, Art Blakey, Thelonious Monk, Elvin Jones and Joni Mitchell. In 1988, at the age of eighteen, he moved to New Orleans to attend Loyola University. Over the next five years, he was able to study and play with most of the master musicians living in New Orleans, including John Vidacovich, Ellis Marsalis, Steve Masakowski, Bill Huntington, Mike Pellera, John Mahoney, George French, Emile Vinette, Germaine Bazzle, David Lee, Jr., Alvin Red Tyler, Tony Dagradi and Harold Battiste.

In 1997, Brian Blade formed The Fellowship Band with pianist Jon Cowherd. The band members are bassist Chris Thomas and saxophonists Myron Walden and Melvin Butler. The Fellowship Band released their self-titled debut album in 1998, Perceptual in 2000, Season of Changes in 2008, Landmarks in 2014 and Body and Shadow in 2017, all on Blue Note Records. While continuing to work with The Fellowship Band, Blade has been a member of the Wayne Shorter quartet since 2000. He has recorded with Daniel Lanois, Joni Mitchell, Kenny Garrett, Ellis Marsalis, Marianne Faithfull, Norah Jones, Emmylou Harris and Bob Dylan. In 2009, Blade released his ﬁrst album as a singer-songwriter, Mama Rosa, featuring songs dedicated to his grandmother and family, written from experiences about his life so far. The album features Daniel Lanois, vocalist Kelly Jones, bassist Chris Thomas, guitarist Goffrey Moore and pianists Aaron Embry and Jon Cowherd.