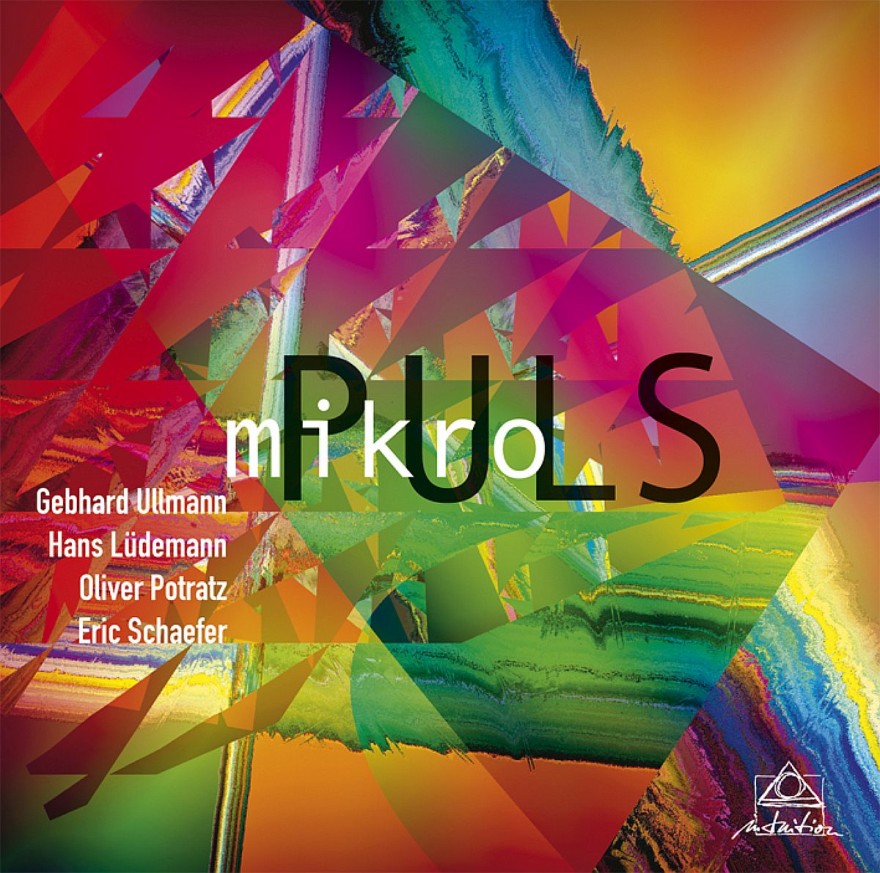 German reed-man Gebhard Ullmann‘s mikroPULS quartet debuts on Intuition label. With well trusted company with which walking through the straight path of blues scales or going into off-roads of micro-tonality seems to be equally challenging and pleasant journey. 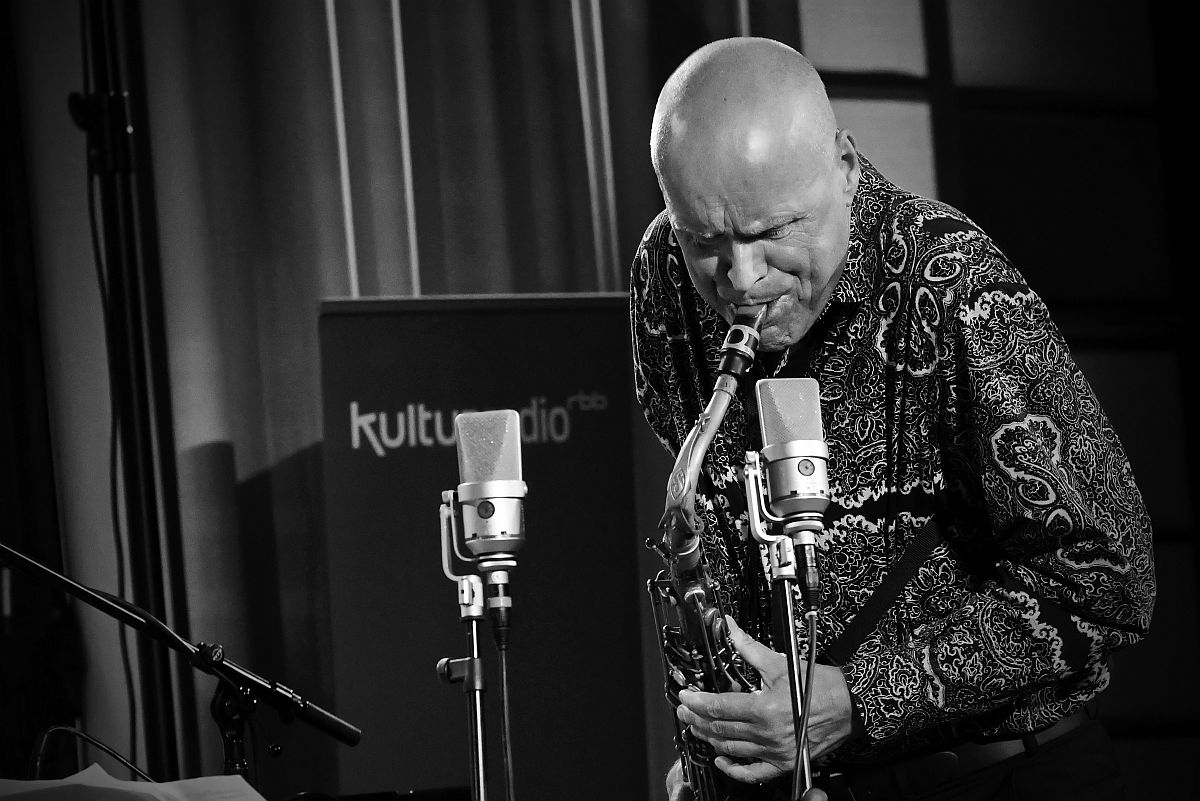 Ullmann, one of the most active and inquisitive saxophonists in the German jazz scene and the pianist Hans Lüdemann had both experimented independently with micro-tonality.

The music of mikroPULS lives in the space between the extremes of discovering new worlds and returning to the roots of African-American music. The group’s experimentation with micro-tonality is both an intellectual challenge and a bridge to the music of the African-American experience from which jazz grew and to which all four musicians of mikroPULS feel connected: the blues. 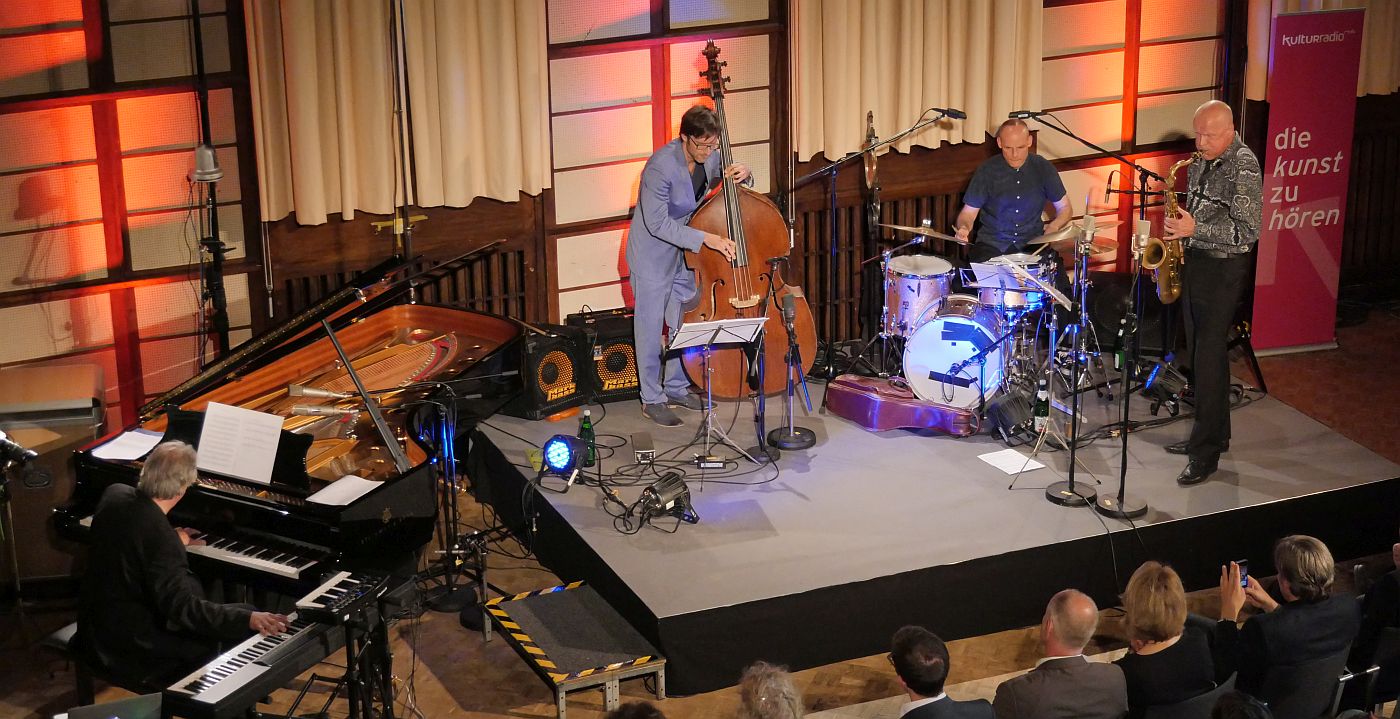 Ullmann, one of the most active and inquisitive saxophonists in the German jazz scene, began to experiment with quarter tones and regularly integrated micro-tonal elements into his projects – such as The Clarinet Trio and the Basement Research quartet. In 2017, Ullmann was awarded the first Berlin Jazz Prize, which included not only a substantial financial award but also a live concert recording by rbb (Berlin-Brandenburg Broadcasting) and a professional studio recording. At the awards concert in Berlin, Ullmann appeared with the same musicians who perform on this recording: Oliver Potratz on bass and Eric Schaefer on drums (both of whom are members of Ullmann’s trio Das Kondensat, a group that experiments with the possibilities provided by electronic sound manipulation). Also part of the group in Berlin was pianist Hans Lüdemann, with whom Ullmann had worked at the beginning of his career when both of them were living in Hamburg.

mikroPULS lets us participate in an excursion by these four musicians into unknown territory. Ullmann, Lüdemann, Potratz, and Schaefer enable us to experience new sounds and types of listening without losing our way. Their music opens our ears and confronts us with our own preconceptions. The goal of these musicians is to feel so at home with their expanded musical vocabulary that the resulting music sounds completely organic and self-evident.