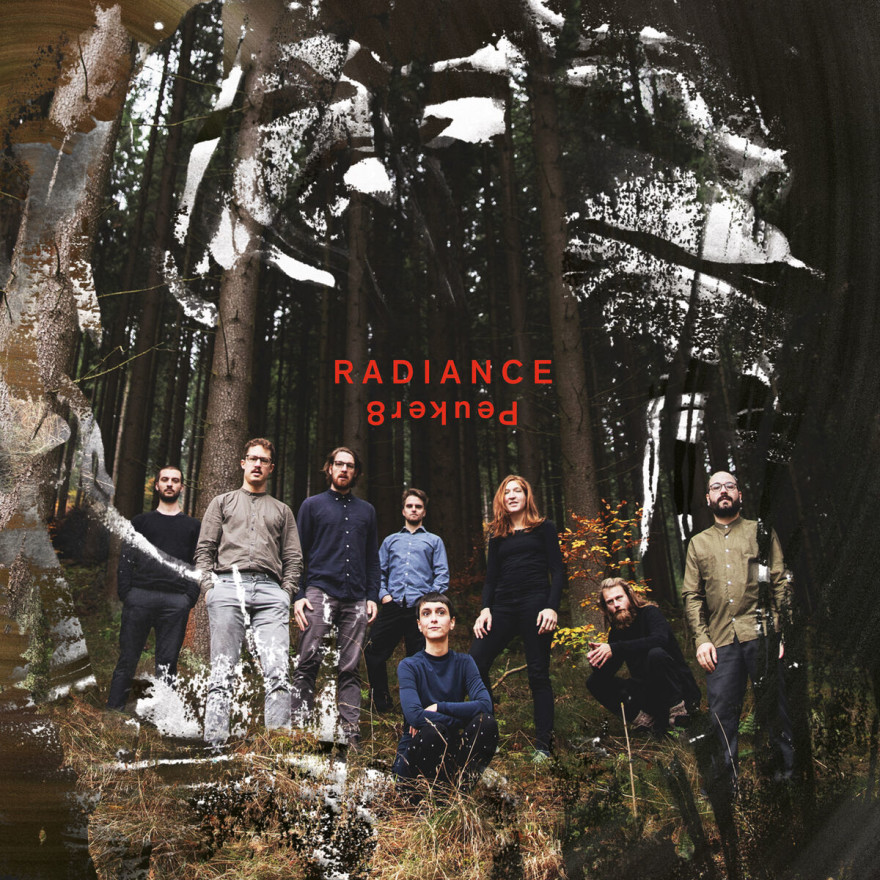 “Radiance” stands alone. Over long stretches, the music is thoroughly composed, as it continually strives upwards, searching for what is new, what is vital. There is a powerful urgency that catapults the music far beyond the mainstream. It never loses its intuitive sensuality as it dispenses with simple answers and pursues greater issues, captivating the listener far beyond the music’s last incandescent sound.

Peuker8 is an entertaining fusion of styles, something special that ranges far beyond the modern-jazz context. With its fluid, far reaching and sharply focused play, It’s the perfect festival band. This is Paul Peuker’s third album with Peuker8, and with his captivating arrangements for voice and instruments, Peuker has cohesively developed and perfected his urgent and spirited art.

“Radiance” is a concept album. Leitmotifs continually recur, and you could use such synonyms as “splendor” and “presence” to come even closer to the heart of this music. It is permeated by an inner luminescence, by an effortless spontaneity in which equally weighted voicing interlock, float upwards and shine. Peuker’s art does not rely on the quick effect, nor does it pander to the public. His art braces itself against the reduction and simplification of clicks and zaps in order to create a way of thinking in larger arcs and progressions – something resonant, something profound.

If you so desire, you can find traces of the music of Scandinavian Trygve Seim’s large formations, references to Henryk Górecki‘s Symphony No. 3, or Gustav Mahler‘s cinematic orchestral works, including his Symphony No. 2, which uses texts from the collection of old German folk poems, “Des Knaben Wunderhorn” (The Boy’s Magic Horn). Peuker adopts modified versions of these texts in two compositions, as he provocatively brings in the baritone voice of Konstantin Ingenpaß, addressing some of the urgent topics of our time: “dying, the world senses our rushing to and fro / yet it will be the one that remains” …