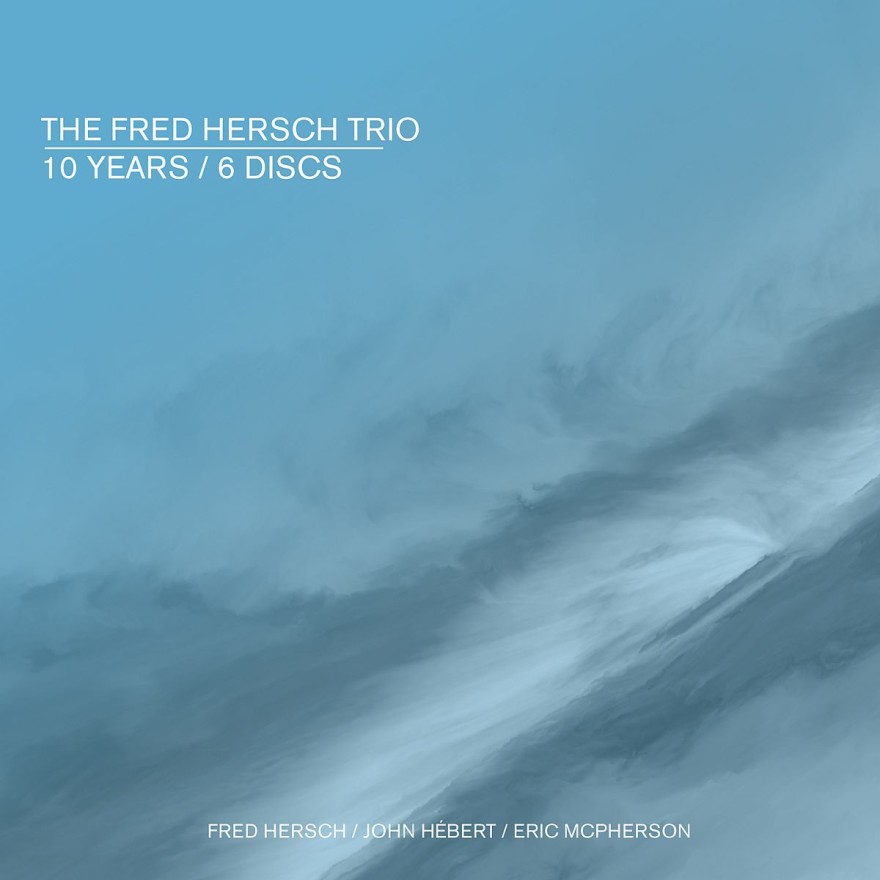 One of the most influential improvising musicians currently performing—a “living legend,” per the New Yorker—the pianist and composer Fred Hersch has made groundbreaking contributions in a staggering range of creative formats. DownBeat called his unprecedented cross-disciplinary theatre piece My Coma Dreams “a brave work of art that deserves to be seen and heard.” In the New York Times, the critic Nate Chinen wrote that “solo piano playing is one of the things that Mr. Hersch does best,” before explaining how he “combines the rigours of classical training with the disciplined freedom of improvisation and explores a richly varied repertory.”

Hersch has ranked among jazz’s most renowned accompanists of singers, offering selfless, intimate support, and he’s a maestro in duo settings. His artistry also impresses on an orchestral scale: The pianist’s latest release, 2019’s Begin Again, is an acclaimed collaboration with the WDR Big Band under conductor-arranger Vince Mendoza. Even Hersch’s 2017 autobiography, Good Things Happen Slowly (Crown Archetype/Random House), has been uniquely vaunted, garnering rare mainstream praise for a jazz-related book by being named one of the year’s best memoirs in both the Washington Post and the New York Times.

But it’s his playing in jazz’s best-loved configuration, the piano trio, alongside two of his most trusted musical confidants, the bassist John Hébert and drummer Eric McPherson, that has earned Hersch his most fervent accolades. As DownBeat once wrote, “The piano/bass/drum combo demands full awareness of internal and external processes. … Keith Jarrett, Gary Peacock and Jack DeJohnette have been commended for bringing this trio setting to an apotheosis. Fred Hersch, John Hébert and Eric McPherson merit this same level of praise. Improvisation doesn’t engage the listener any more playfully than this.”

To say it more directly, as the critic and vocal-jazz authority Will Friedwald did in the Wall Street Journal, Hersch, Hébert and McPherson comprise “one of the major ensembles of our time.”

Now, to celebrate this extraordinary group’s 10-year anniversary, the complete Palmetto label recordings of this enduring edition of the Fred Hersch Trio will be available in one generous package. Spreading five lauded releases over six discs, with liner notes by Hersch and the award-winning music historian Ted Gioia, it’s a stunning testament to a telepathically interactive group the New Yorker has extolled for its meld of “high lyricism and high danger.” The set, simply titled The Fred Hersch Trio 10 Years / 6 Discs, includes three consecutive Hersch Trio albums—Floating, Sunday Night at the Vanguard and Live in Europe—that were each nominated for Grammy® Awards in the categories of Best Jazz Instrumental Album and Best Improvised Jazz Solo. In total, the box features: 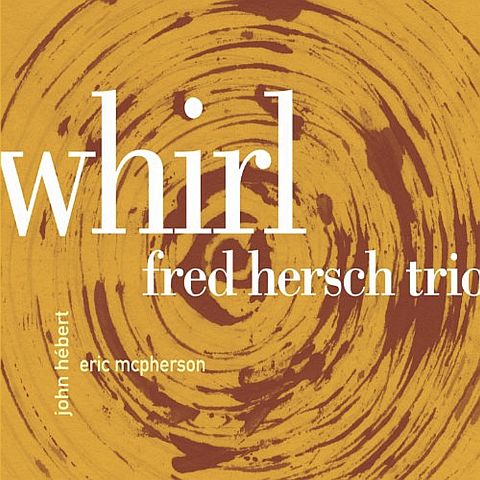 Whirl (2010): On this, the trio’s first release, one can already hear the organic rapport that would later inspire the Chicago Tribune’s Howard Reich to call it “one of the most sensitive and nimble trios in jazz.” But in 2009, when the band coalesced, triumph wasn’t a certainty. Hersch had plenty of experience collaborating with stellar musicians in a trio setting, but he was also still recovering following the life-threatening AIDS-related illness that would inspire My Coma Dreams. The new band became crucial to Hersch’s reignition, the commencement of his historic second act. 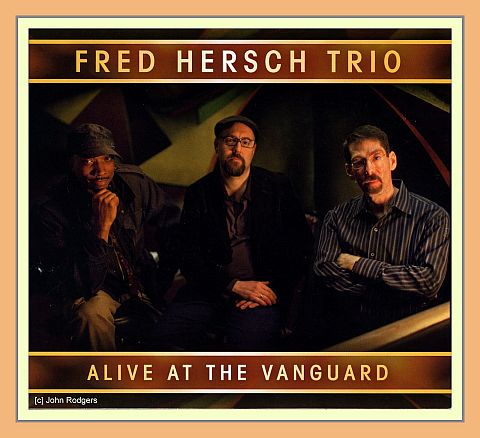 Alive at the Vanguard (2012): Hersch’s third recording at jazz’s most hallowed venue, the Village Vanguard, Alive features expectedly delightful trio chemistry and a brilliantly versatile program: from Ornette, Sonny and Monk to songbook gems and, of course, plenty of Hersch’s aerodynamic original writing. 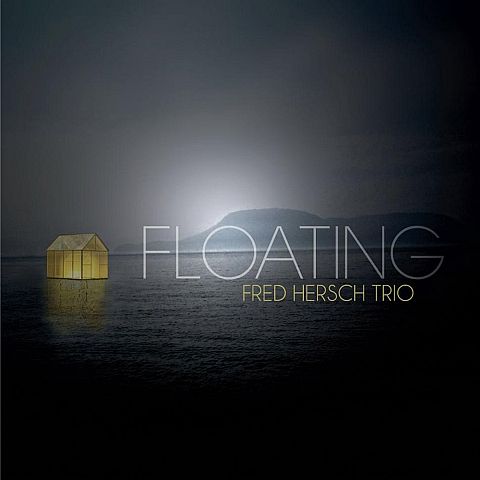 Floating (2014): This release boasts both the crystalline audio quality of a studio session—recorded and mixed by the great James Farber—and the engaging pacing and programming of one of the trio’s live sets. Along with two choice standards and an homage to Hersch’s hero Monk, it features a set of gripping Hersch originals with special dedications—to his mother and grandmother, the late pianist Shimrit Shoshan, Esperanza Spalding, Kevin Hays and other special people and places. 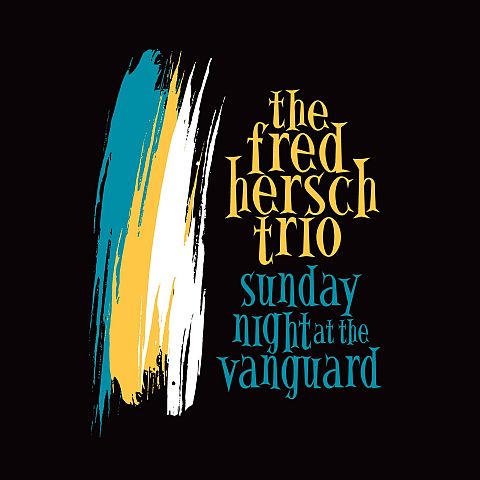 Sunday Night at the Vanguard (2016): Hersch’s fourth recording at the most important jazz venue in the world, Sunday Night is in many ways a tribute to Hersch’s history with that acoustically magical wedge-shaped basement club on 7th Ave S. The album, wrote Nate Chinen in the New York Times, “confirms that he’s still one of the most insightfully lyrical searchers in his field. It also underscores how his bond with the bassist John Hébert and the drummer Eric McPherson, while never less than strong, reaches a rarefied plane in this particular room.” 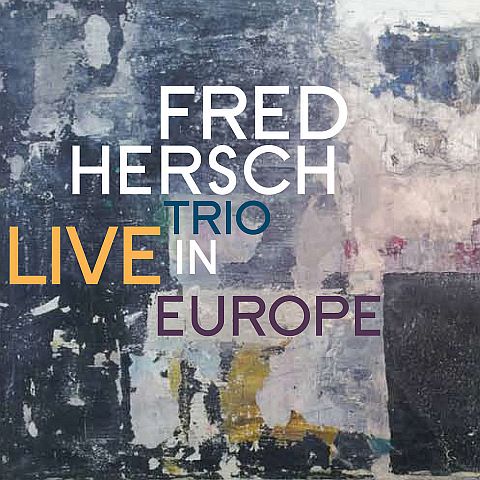 Live in Europe (2018): The pianist considers this concert document one of his “found object” releases—meaning that he and the trio didn’t know they were being recorded until after the fact. But the circumstances made for a gorgeous performance: As Hersch recalls in his liners, “It was the second-to-last concert of the trio’s three-week European tour in November of 2017. The band was in terrific playing form, the acoustics were perfect, the piano was outstanding and the recording was first-class.” 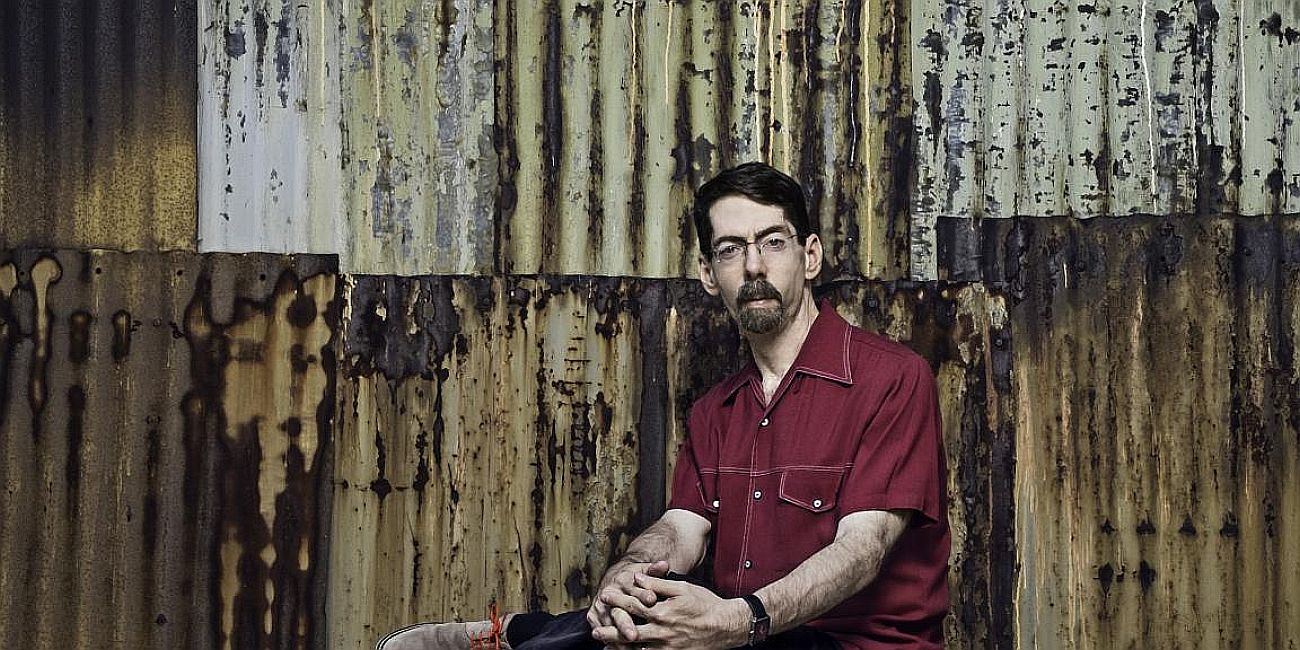 Since emerging on the cutthroat New York scene of the late ’70s, when he made auspicious appearances on sessions led by the likes of Art Farmer and Billy Harper, Fred Hersch has developed into an outright master of the jazz language with a boundless creative vision. Called “the most arrestingly innovative pianist in jazz over the last decade” by Vanity Fair and “an elegant force of musical invention” by the Los Angeles Times, he’s also been profoundly influential, with acolytes including Brad Mehldau, Ethan Iverson and other generation-defining musicians.

He has been nominated for Grammy® Awards 14 times, and is the recipient of a 2016 Doris Duke Artist Award, Jazz Journalists Association Awards for Jazz Pianist of the Year in 2016 and ’18, and the 2017 Prix Honorem de Jazz from L’Acádemie Charles Cros, a lifetime-achievement honour. 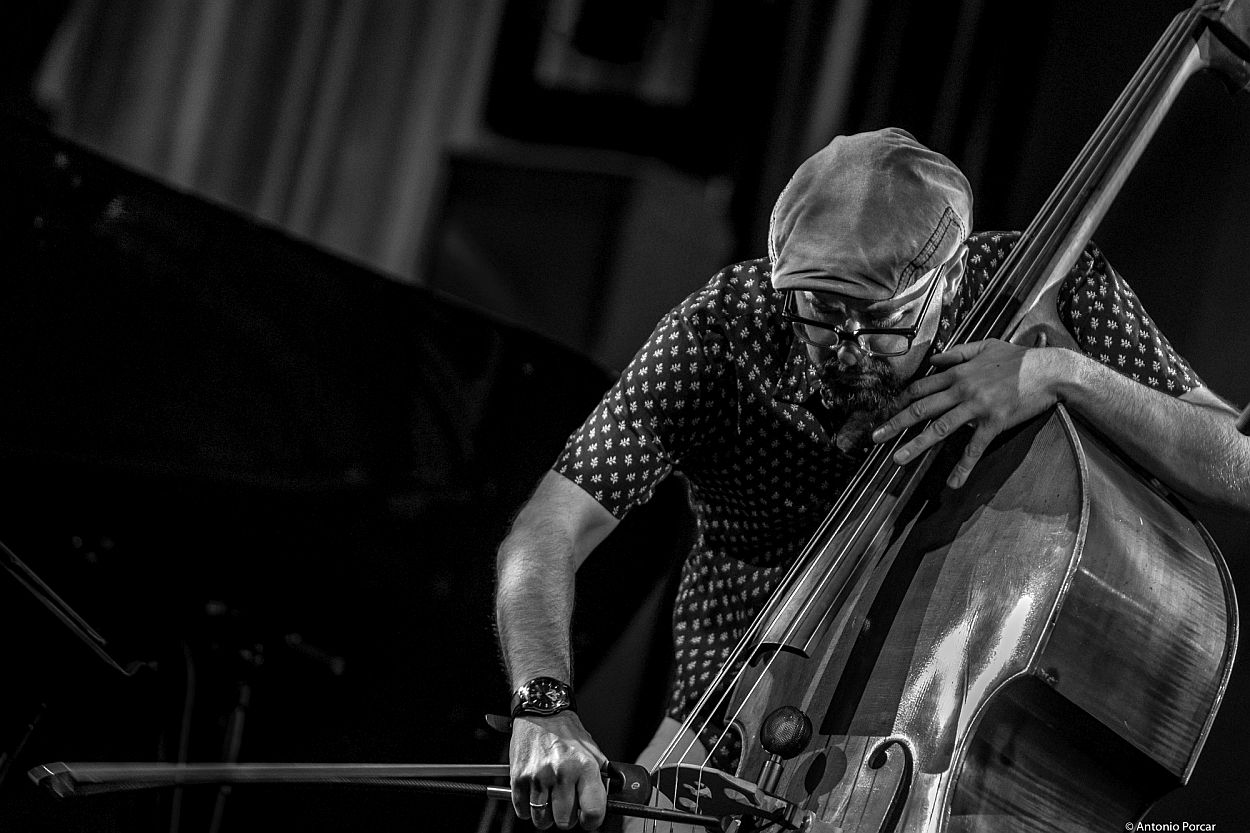 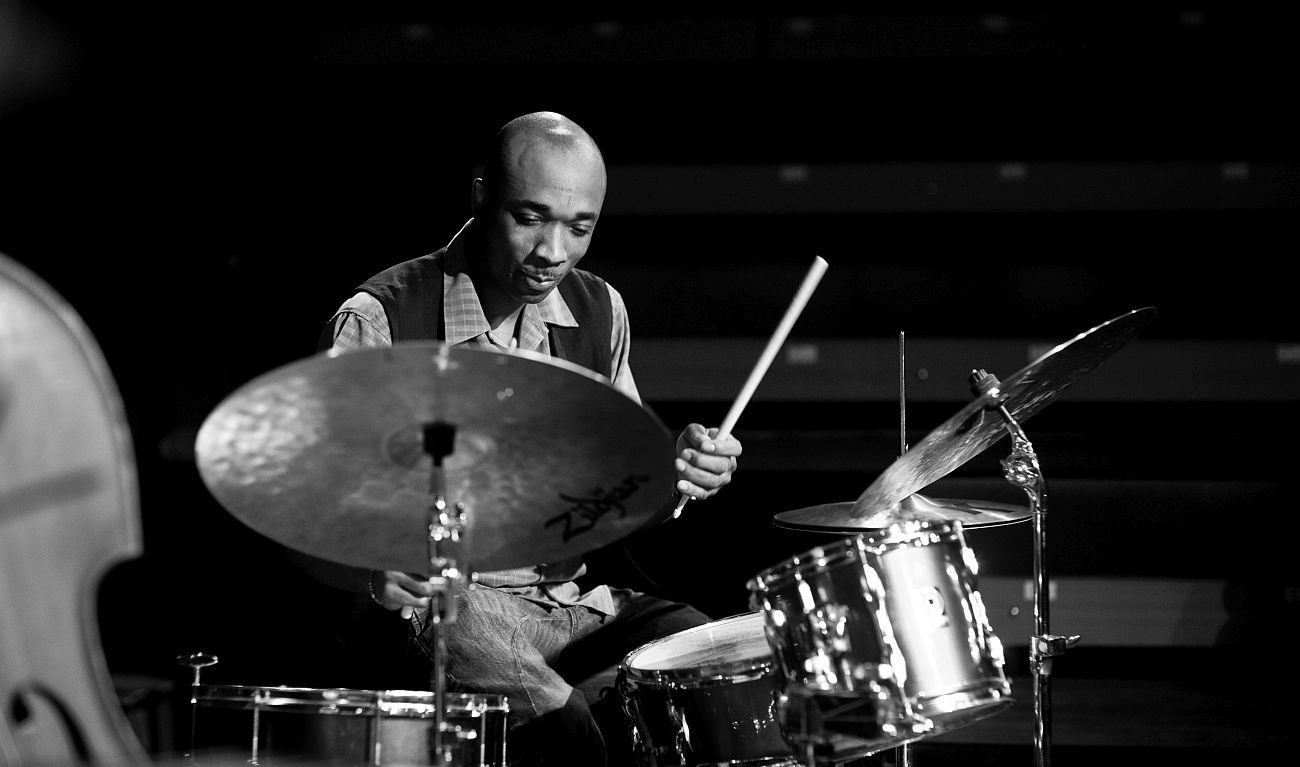 The drummer Eric McPherson was quite literally born into the jazz life. His godfather, the bass great Richard Davis, was there at his birth and encouraged his mother, a dancer-choreographer with many famous jazz friends, to name him after the avant-jazz icon Eric Dolphy. After training with the master drummer-educator Michael Carvin, he studied with saxophonist Jackie McLean at the University of Hartford’s Hartt School on a full scholarship. He has since become one of the most respected drummers in jazz today, and an invaluable element of groups led by McLean, with whom he worked extensively, Andrew Hill, Pharoah Sanders, Avishai Cohen, Greg Osby, Jason Moran and, of course, Fred Hersch.