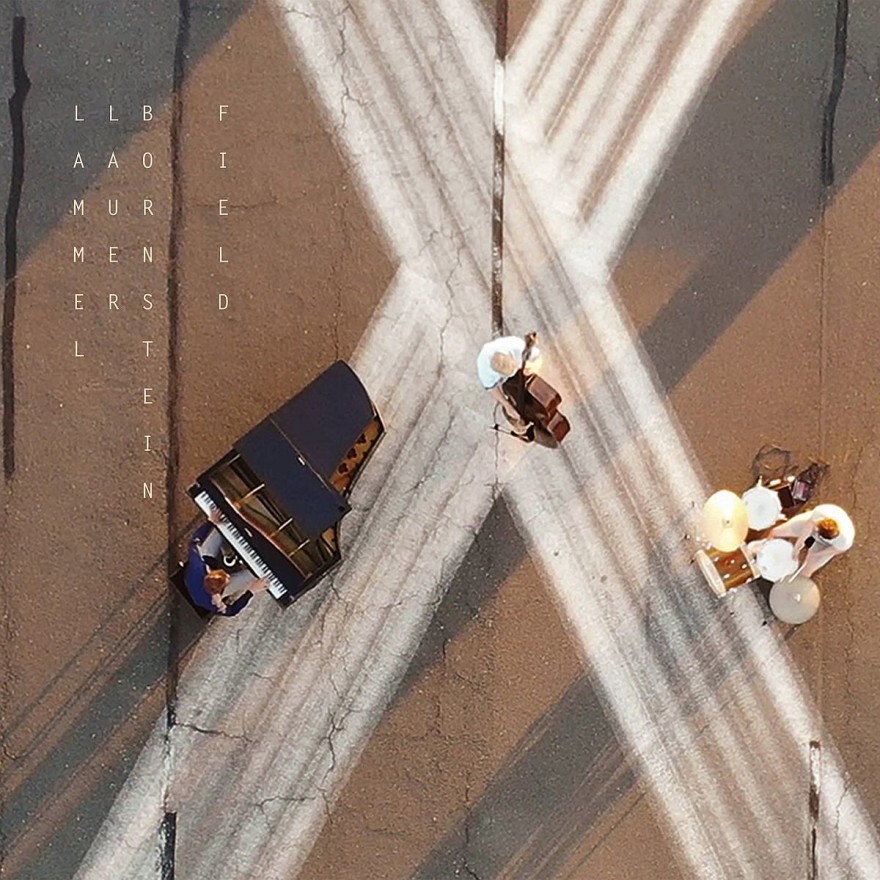 For their album “Look At Me” (Traumton Records), released at the end of 2016, pianist Andreas Lammel, drummer Florian Lauer and bassist René Bornstein received a “Jazz Echo” nomination and a lot of praise from all sides. The jazz editor of Deutschlandfunk Kultur was enthusiastic about the “unbelievably beautiful sound“, Concerto recognised “high intuitive art of improvisation.” The Fränkische Landeszeitung said: “This jazz has developed its own language, is intelligent, but never cramped or top-heavy very charming, adventurous and airy, slightly floating. “In the Frankfurter Allgemeine Zeitung, Norbert Krampf wrote about a concert:” [LLB] know how to keep an audience happy without giving in to flamboyant entertainment. [Live] they load their pieces with more energy, which shows in greater dynamics and more extensive improvisations. “

For the 10th anniversary of the band Field will be released . In ten self-composed pieces and a fairly free Chopin adaptation Lammel | Lurking | Bornstein decided more than ever the span between lyrical moments and powerful force. Dynamic and with a great deal of creative will, they combine dreamy melodies and harmonic variety, contagious grooves and rhythmically sophisticated structures to a personal, deliberately understandable sound.

The new work reflects and documents the development of recent years. Since the release of Look At Me , the trio, which describes itself as a solid band of different characters, undertook a tour of at least two weeks each spring and every fall. In addition, LLB played support gigs for Billy Cobham and China Moses at various festivals and countless renowned clubs. All of Field’s pieces have been written a while ago, integrated into the stage repertoire, and over time either “played around” or subjected to metamorphoses. For example, an improvisation originally thought calm by the energy on stage got a much more offensive attitude, which was retained until the studio recording.

It is one of the basic principles of the collective to record a new album only when the compositions and their specific sound have been worked out in concerts. Also in other respects there are direct connections between stage and studio. In live, the trio likes to mix several pieces, avoiding pauses for clapping in favour of intensity and suspense. Consistently, Field can be heard without breaks between each track. But there are index marks for selective track selection.

The range from chamber-musical transparency to powerful passages played with verve or punchy vehemence is on Field even bigger. Some of the new compositions were created more forcefully from the beginning, which in turn is related to the development of stage performance and technique. As a trained sound engineer, pianist Lammel is on tour, so to speak, a fourth man in the band. He knows exactly with what equipment quiet places brilliant-sounding and voluminous sounds, such as sub-basses and triggered drum beats, sound really powerful, without the bass and drums superimposing the wings. Lately, LLBs are barely performing without PA because, in their experience, it is only through extensive amplification that the enormous differences between subtle nuances and rock-like crescendos can be represented.

The shared experience shapes the sound and the interaction of the trio. Everyone has the opportunity to move out of the classical (companion) role. Intuitive communication leads to absolute reliability, which points the way in improvisations as a safe compass. This goes hand in hand with more sophisticated compositions. In general, René Bornstein and Andreas Lammel consider themselves song-oriented composers. Much on Field sounds less complex at the first hearing than it actually is and this effect is absolutely wanted. The musicians value flowing aesthetics, but are not keen to hammer their predominantly odd metric into the audience’s mind. 7 / 8- or 5/4-bars are especially interesting, because they also influenced the harmonies and thereby result in new bows, says main composer René Bornstein. Only the break-up of common rhythms and Kirchentonleitern open spaces for timbres and structures that surprised not only the audience, but sometimes they themselves.

The sound of Field has become a bit more direct overall. Moreover, explains the trio, each composition is associated with concrete moods and personal images. Anyone who pays attention to arrangement details soon realises that it has to be quite extensive scores. Frequently recorded and improvised parts merge seamlessly into each other, yet the recorded pieces, especially in comparison to their live versions, held relatively compact and concise.

The playwright Dear Robert is Bornstein’s homage to a well-known German jazz musician whose playing style audibly inspires the trio. Last Kiss reflects theories of the Swiss Ernst Levy (1895-1981), which deals with “good” and “bad” chords produced by mirror images. The complicated construction of the piece, however, does not make itself important, but rather remains distinguished in the background. Goodnight My Dear moves mentally from falling asleep to farewells to the concept of letting go, it intones drama through overlapping bass lines and at the end a release in relaxation. Andreas Lammel’s Sinfonia plays with the idea of ​​how a trio can sound more orchestral and creates a long arc in the pop song format. Harmonies are taken here from impressionism, the poly-rhythmic refers to contemporary jazz. Minjung is a kind of sequel to Mignon on the previous CD; At that time it was a Schumann adaptation, now a composition of its own, set in a romantic style. Through his recording studies Lammel came back some years ago to European classical music, from which he was surrounded as a young student (first violin, then piano). As Bornstein also composes on the piano and knows how to handle the bow cleverly as a bassist, it is hardly surprising that classical influences light up in several parts of the album. By contrast, Tau figures as a reference to the current Berlin. Grooves and beats and Lammel’s lively right hand convey big-city turmoil while the pianist imagines with his left hand the enormous expanse of the Tempelhof field.

The area of ​​the disused downtown Berlin Airport is a central motif of Field . On the one hand, the album title refers to the widely used real location, but also associates the notion of the playing field on which Lammel | Lurking | Bornstein and whose boundaries they continue to push. The cover photo of the CD comes from the video for Tau that the musicians are rightly proud of. Even because they have written in weeks of preparation script writing and editing sequences themselves and overcame countless governmental resistances. Finally, they personally hauled the specially purchased wing from the perimeter fence of the field in its centre. The determination to enforce their own ideas characterises LLB in many, and of course, musical aspects. Their atmospheric and energetic piano trio sound, clearly defined by all eclecticism, appeals to a diverse, multi-genre audience.