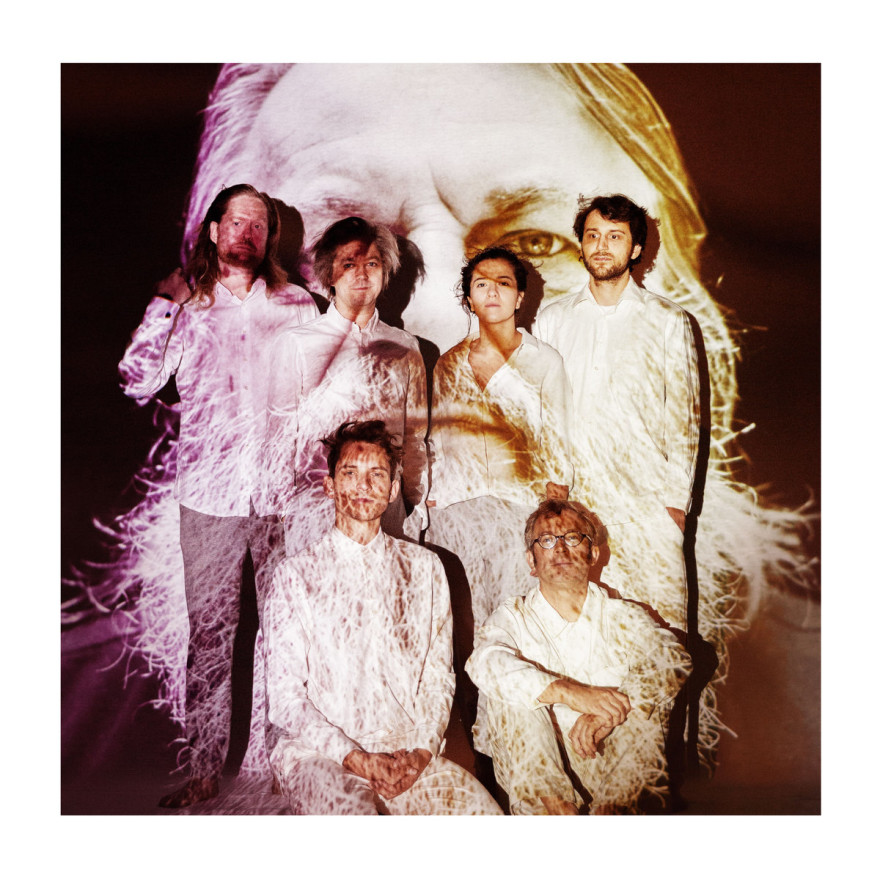 When one drummer pays tribute to the other it means a lot already. If there are decades between their carriers it becomes even more meaning. But when the understanding of  each other, sharing sarcastic approach and unusual sense of humour turns out to be a spine of the project, then time just twists and makes a hyperbole, especially when both the paying tribute and receiving one, are both quite a characters.

With his clear, emotionally charged voice and personal soundscapes, Robert Wyatt is one of the leading figures in alternative music. He rejoiced at Hütte’s confrontation with his work: „This project is great for my sense of still being alive, knowing that these brilliant young musicians looked my way for a moment … They have my profound gratitude.” A remarkable, accordant approach to the music of an original iconoclast.

Now, for the first time, Max Andrzejewski devotes himself to another artist: the iconoclastic Robert Wyatt, drummer and founding member of the legendary groups Soft Machine and Matching Mole. A leading exponent of the so-called Canterbury scene in the 60s and 70s, this drummer, singer/songwriter moved on to a solo career after his accidental fall out of a window in 1973 left him paraplegic. There now was an added poignancy in his voice and a desire to test musical boundaries as his music became more collaborative, politicised and unconventional. Yet, despite a music that contains brittle vocals, quirky arrangements, and a mix of instruments that projected a bit of bewilderment, along with a merciless analysis of society, Wyatt has never left humour and irony out of the mix. “When I heard it for the first time,” remembers Max Andrzejewski “that touched me a lot.” Then came the invitation to the 42nd Leipzig Jazztage; a British tribute program just at the right moment.

Andrzejewski opted for Robert Wyatt, probably because he heard parallels to his own Hütte albums and saw Wyatt as a true spiritual brother. Andrzejewski translated Wyatt’s quick breaks and severe style changes into his own musical language. The sextet that Andrzejewski organised for the occasion remained together beyond their festival appearance. The nine songs on this album span a wide breadth of ideas, creating a sound that has parallels with such works as Miles Davis’ Bitches Brew and Carla Bley’s Escalator Over the Hill, yet stands fully on its own ground. Andrzejewski’s renditions are full of colour and rich in detail; you recognise Wyatt’s originals, yet hear them from a completely new perspective.

Turkish singer Cansu Tanrıkulu’s extraordinary voice teeters on the edge of purity, roughs up and tosses around these “revolutionary lullabies” until they reappear convoluted, gritty transformed. An earthy saxophone a rapturous flute, an indomitable bass, keyboard cascades, precisely punctuated drum and guitar lines that cross through and over the borders of rock, jazz and the avantgarde. A poly-chromatic homage that captures the unfathomable.

All songs arranged and produced by Max Andrzejewski