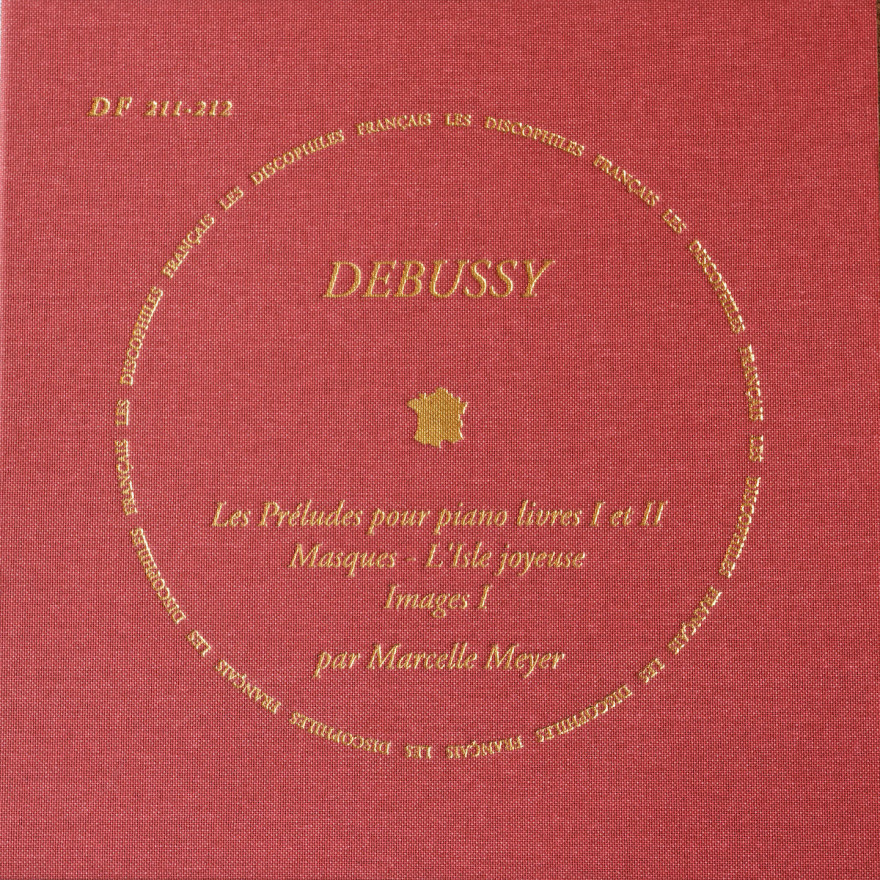 Did you ever think about hearing what previously was unheard? I mean not the music which is still in a composer’s head and hasn’t made it to the score yet, that will finally come sooner or later, but I mean the music which had been performed in the past by real masters, heard by composers, critics and listeners, had been raved about over the virtues of the performance which then became legendary and an immortal act living in the memories of those who had been lucky enough to witness it. Perhaps you have been dreaming to travel back in time to see and hear a musician you admire a lot, live? Regardless the genre, It could be Jim Morrison, Robert Johnson or Niccolo Paganini. Or Marcelle Mayer. If that’s Her, then here is a special treat for you.

The Challenge of Artisan handcraft!

Brought to life by The French Record Company here we got a LP by a one off record label devoted to publishing rare and previously unreleased material on vinyl. The first production batch comes as a limited edition of 200 pcs only containing Debussy’s complete piano Preludes, with other pieces, performed by the legendary Marcelle Meyer. Seriously collectable edition pressing for many reasons , which I will try to explain in points below.

It is an exceptional in more than just one respect: 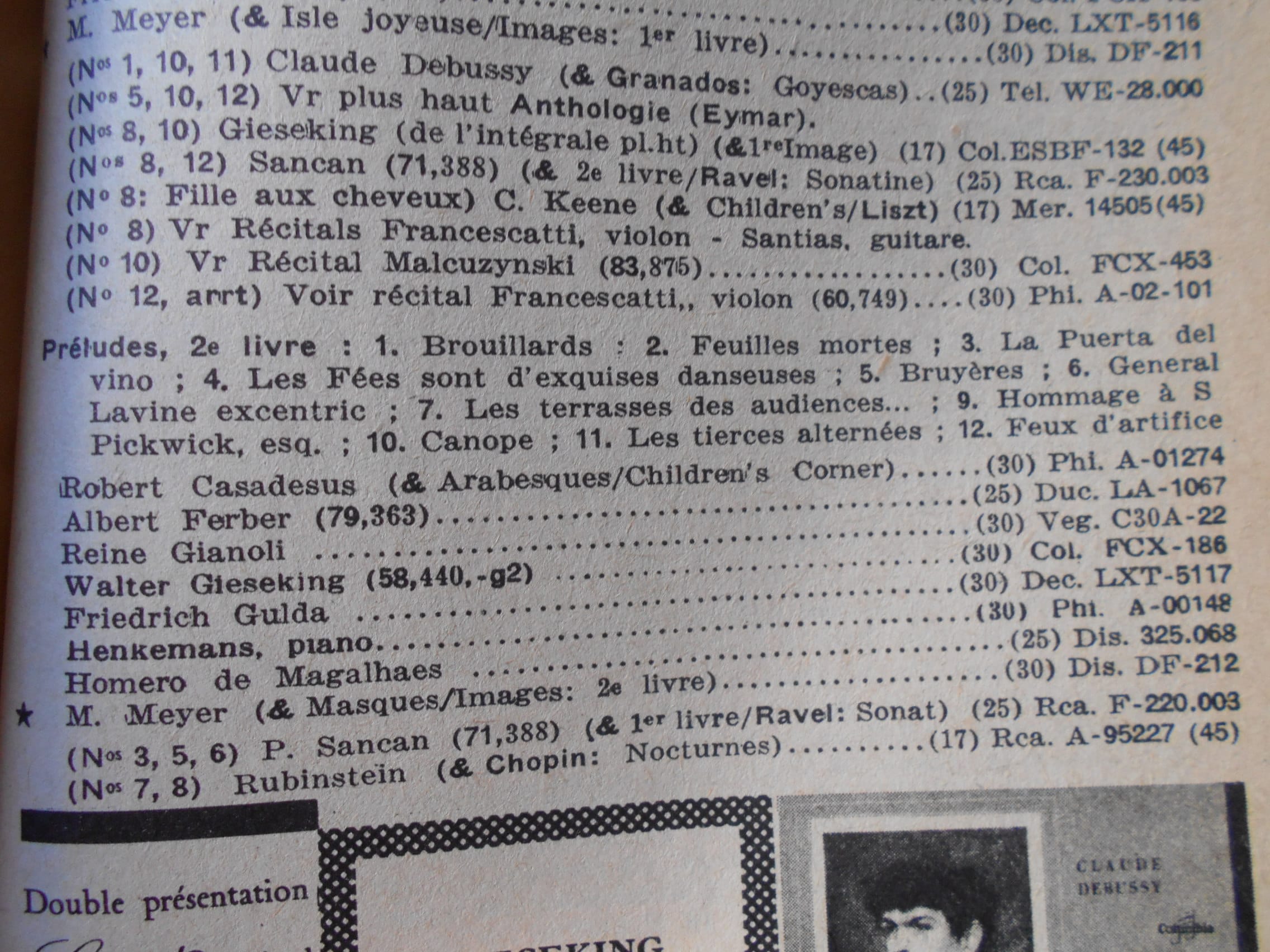 First, it’s never been published as an LP record in its times! A 2-LP album should indeed have been published in 1958, having been assigned the reference catalogue number DF 211-212 (see photo from the record catalogue Disques), but its publication never took place. For some unknown reason, a few records with higher catalogue numbers were published before their production ceased, but Meyer’s was not. With this edition The French Record Company produces it for the first time as an original LP! 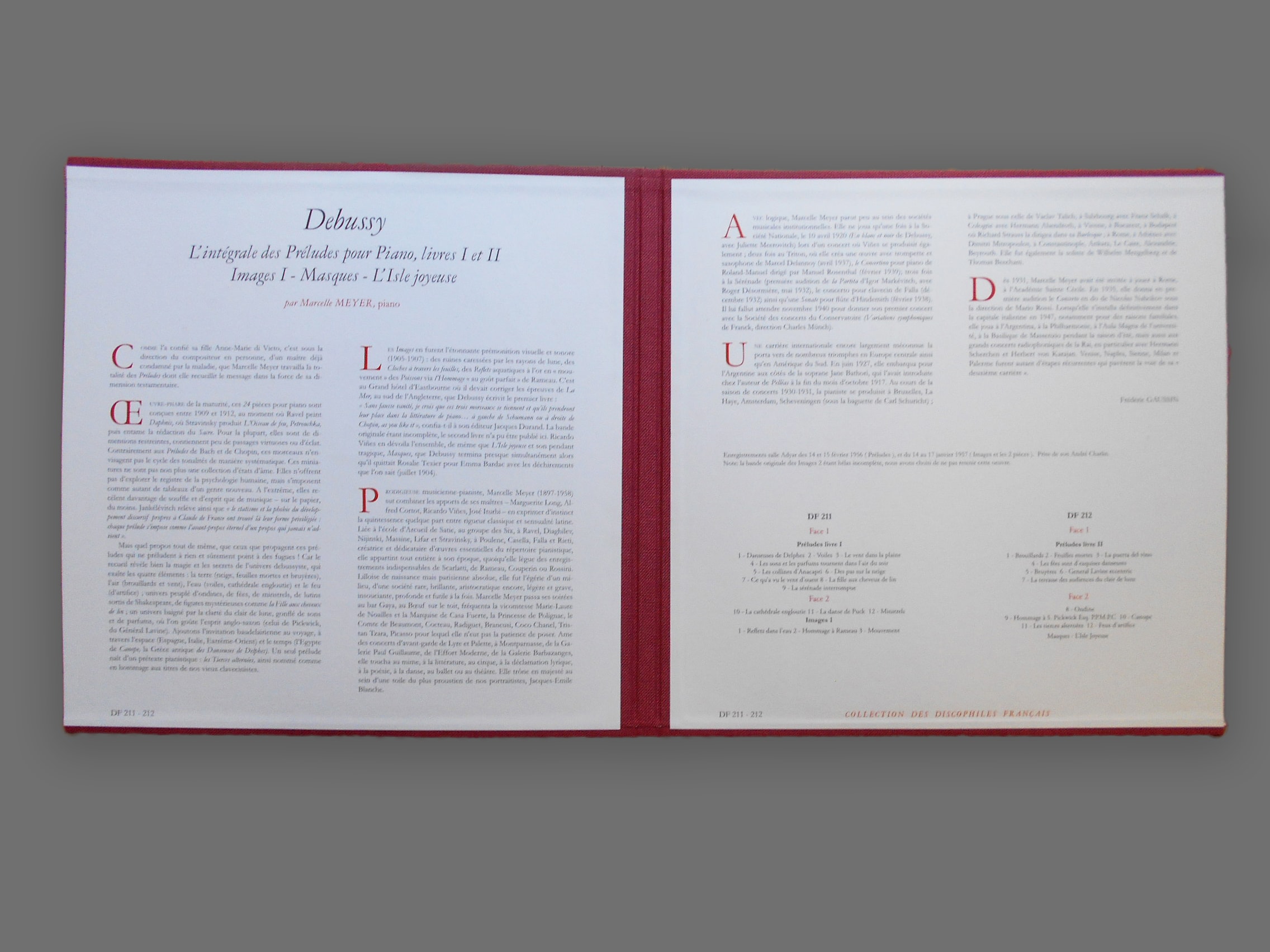 Secondly, with a 100% exact facsimile production of the gate-fold album, the same label design, and high-quality materials, 60 years after this record was due to be released, it has been produced at last… To recreate with perfect authenticity a Discophiles Français 2-record canvas album identical to the original releases of the 1950s has been a challenge.

What was standard industrial work in the 1950s has now become the artistry of craftsmen. For example, the binding of the albums and the iron stamping of gold lettering on canvas today requires a great deal of technical precision and know-how.

The text of the booklet has been offset printed on special satin paper, exactly as was done over 60 years ago. Even the fonts used for the texts and for the labels have been recreated to be absolutely identical to Les Discophiles Français releases of the 50s (knowing that there could be slight variations from one disc to another) !

All these factors – not to mention the artistic value of the performances on the actual disc – contribute to this record being perhaps the most luxurious one produced in the last 50 years. 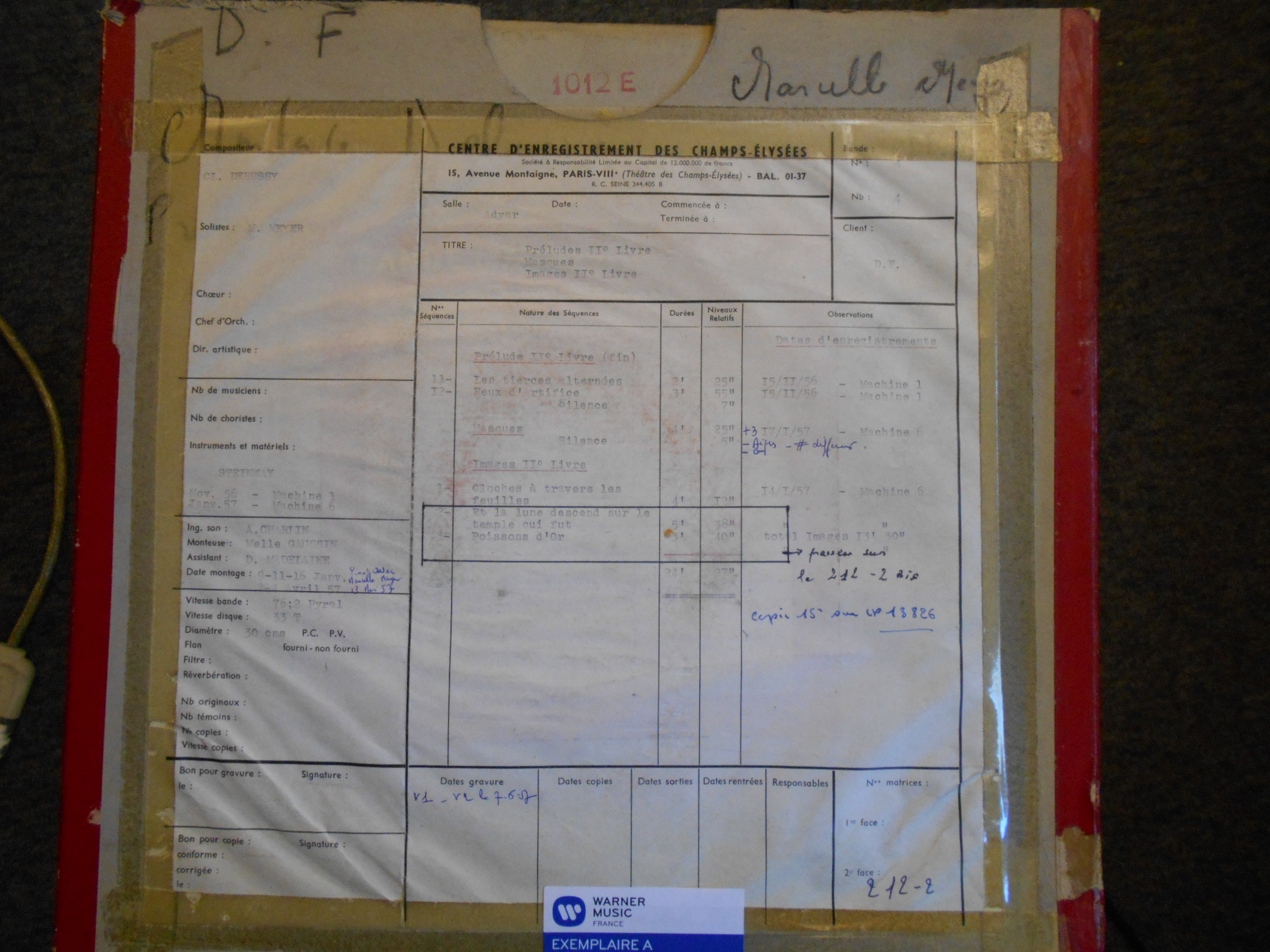 “The full analogue mastering of this edition has been done at Trutone Mastering Labs in New York, by Carl Rowatti ; having more than 40 years’ experience behind him, Mr Rowatti is renowned as an « artist «  of cutting and mastering vinyl records.” – he continues.

The cutting system used for that work includes: 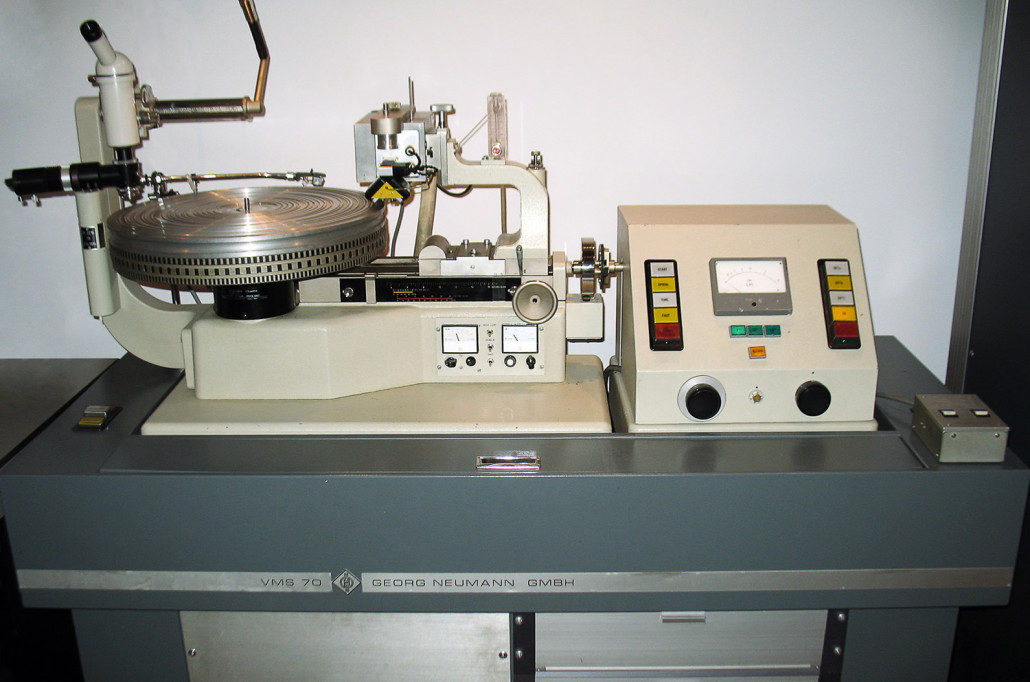 – A specific Studer A-80 pre listen tape machine, with 2 heads, specially designed to provide the necessary analogue tape delay required for the lathe’s computer to adjust the groove spacing and depth without converting to digital and back to analogue to achieve the required delay. The whole process remains 100% pure analogue. 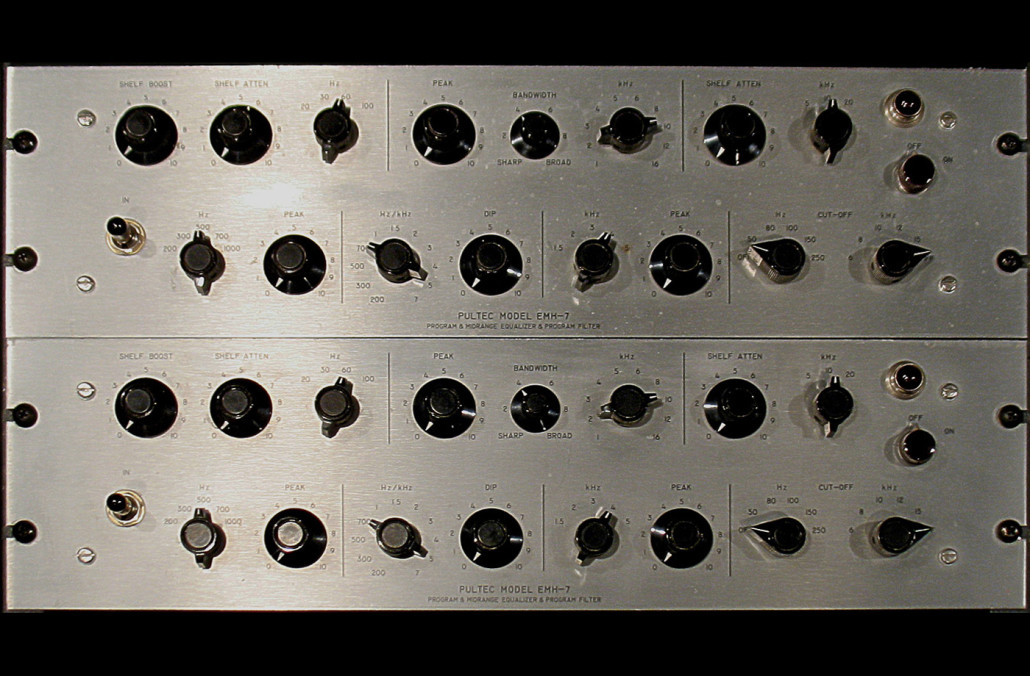 – to the Neumann SP 77 console and the Neumann SAL 74B cutting amps, an extremely rare vintage Fairchild 670 vacuum tube compressor from 1957, has been added as has an equally rare Pultec EMH7 vacuum tube equalizer (there are only 3 other existing copies in the world! ). 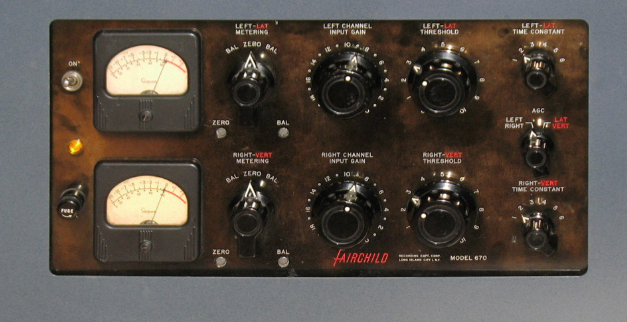 The cutter-head is a Neumann SX 74.

“We have proceeded cautiously and wisely, with full respect to the original tapes, avoiding any unnecessary adjustments, in order to reproduce and preserve faithfully the artist’s performance and tonal quality” – completes Jean – Mark. 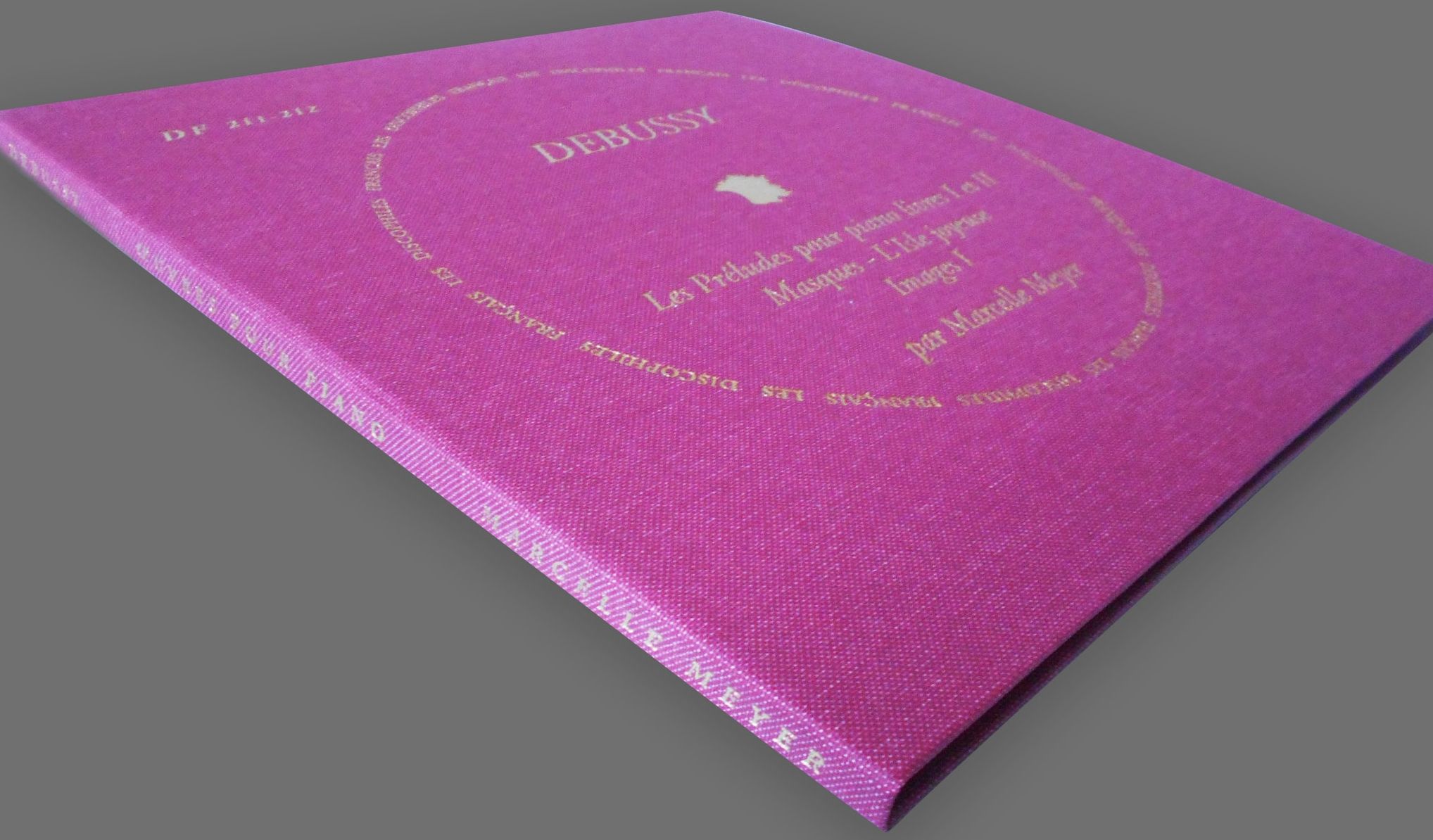 Preludes book I and II – Images I – Masques, L’Isle Joyeuse

Limited edition of 200 copies for the world can be purchased here.