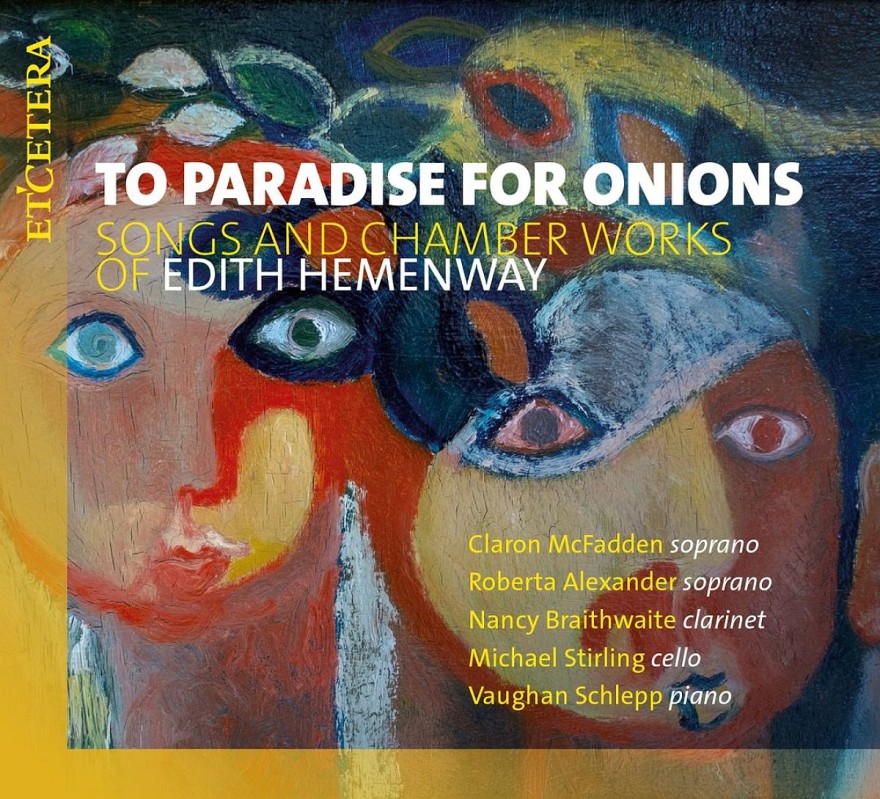 Today with have an exquisite rarity to offer to All Music devotees This is the first recording of the music of the American composer Edith Hemenway, who is 92 years young and lives in Providence, RI. Challenging sparkling and simply brilliant , for both: performers and listeners.

“Hemenway has the ability to create the spacious atmosphere of a landscape or the feelings of loneliness or loss in which the tone colour of the clarinet plays a special role. The care and love with which the CD is made is audible.” – Gerard Scheltens, Opus Klassiek

“Astonishment is a feeling that very well summarises the musical adventure of this CD…. Braithwaite succeeded here with flying colours and was able to bring together a truly star-studded cast for the recordings.” – Bram Faber, De Klarinet

“Edith Hemenway writes unexpected, expressionistic music. Her melodies are provocatively written not only for the voices but also for the instrumentalists…interesting and adventurous. Together with Roberta Alexander, (Claron) McFadden makes the Four Songs into a tour de force….heavenly!” – Michael Klier, Muziekwereld 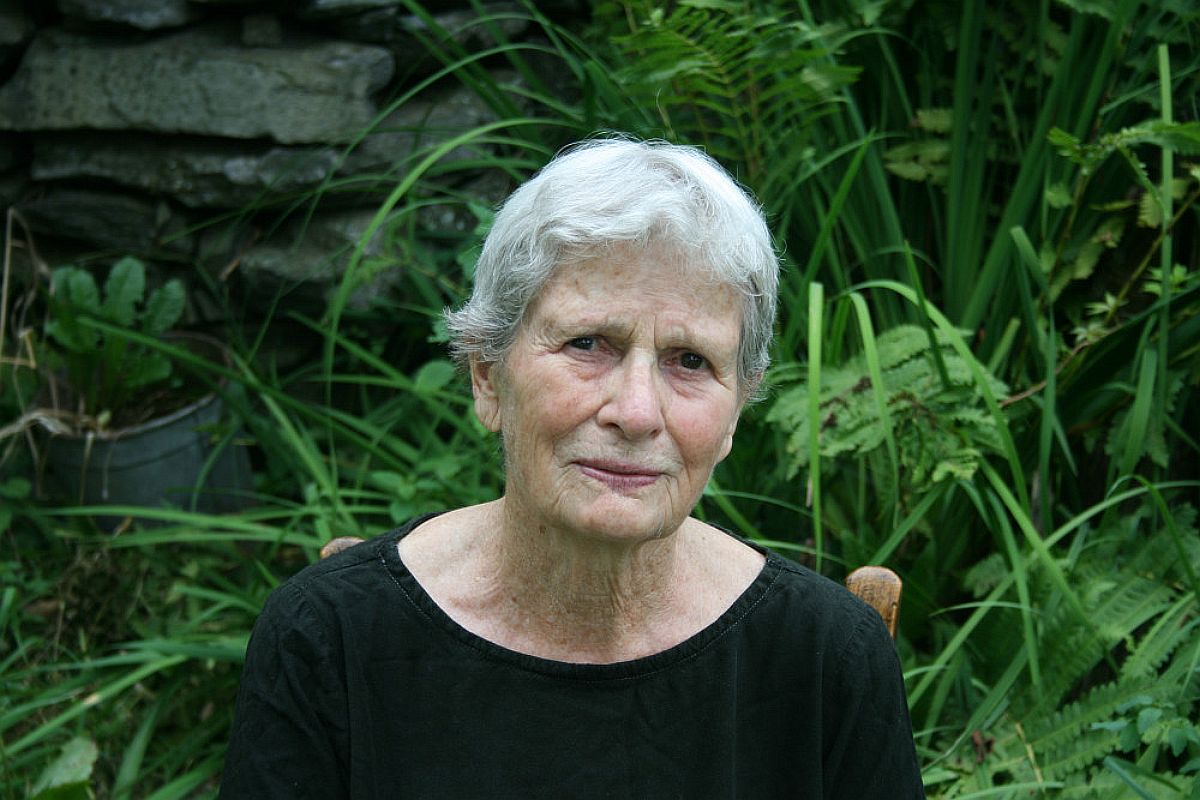 This   is   the   first   recording   of   the   music   of   the   American    composer Edith Hemenway. Organ was her principal instrument for several years until she discovered the joys of the art  song.  She attended the  New England Conservatory where  she  received  a  Master’s  degree  in Vocal Accompaniment.

The  Boston  Children’s  Opera   Company,   since defunct,  commissioned two  operas,  ”Benny  and  the  Bear”,  performed  in  schools  throughout New England, and ”The Twilight of Magic.” The latter premiered  at  The  Third Street Music School Settlement in  New  York,  and  was  then performed by Opera on the Go as part of their travelling repertoire. ”Goldilocks,”  another  opera   for   young   children,   was   also commissioned and performed by this group. The librettos for these three operas were written by her daughter Sarah. A fourth opera, ”Doctor Know-It- All,” conceived for an older audience and involving a larger cast, was performed by voice students at the University of Rhode Island.

During this period, Ms. Hemenway also received two Composer-in- Residence grants. While on a two-year stint in Savannah, Georgia, she became friendly with Nancy Braithwaite, and composed two works for her: ”Asian Figures” and ”A Child’s Garden.” Other widely performed works by  Ms. Hemenway  have been the song-cycle ”Wonderings” on poems by Kenneth Patchen, and  the popular ”Four  Duets  on Poems” by Langston Hughes. Several other song-cycles and  chamber  works have been premiered by Nancy Braithwaite and her ensembles in The Netherlands including ”Questions of Travel” and ”Doors”. 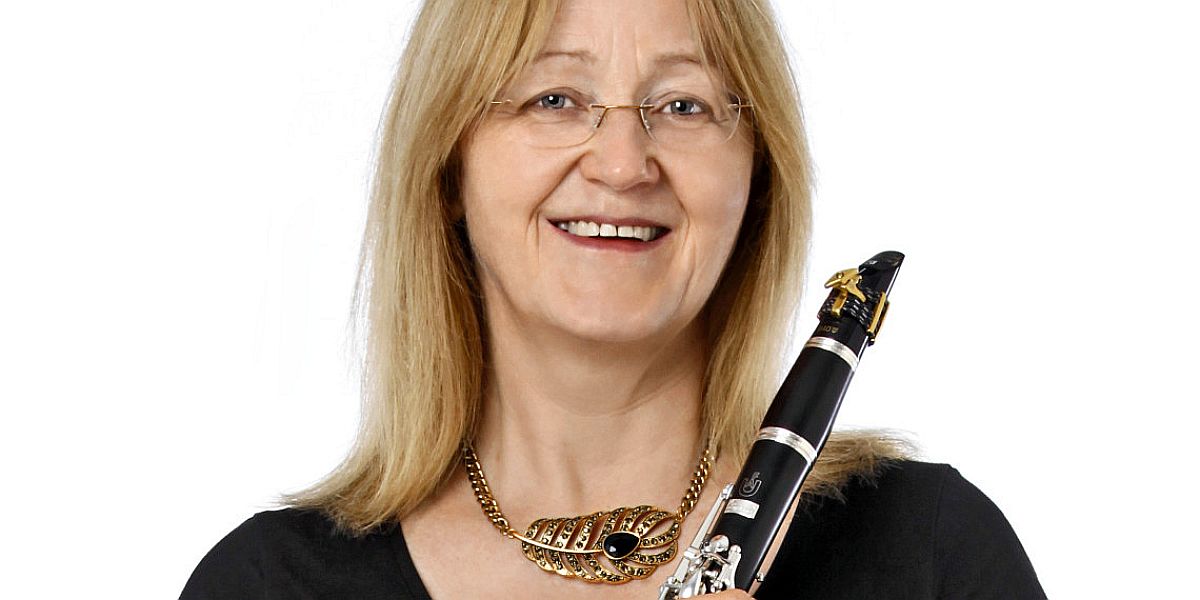 Internationally renowned clarinettist and educator Nancy Braithwaite has performed throughout the USA, Europe and China. She has a chamber music repertoire encompassing than 300 works and has performed as soloist with orchestra in concertos by Mozart, Nielsen, von Weber and Rossini. Braithwaite graduated from the respected Eastman School of Music with the highest distinction, the Performers Certificate, and continued her studies in Chicago, The Netherlands and Belgium. Her teachers include Stanley Hasty, Robert Marcellus, Larry Combs and Walter Boeykens. At the age of 23 she won the position of principal clarinettist with the Savannah Symphony Orchestra and in that period participated in summer festivals in Spoleto (Italy), Maine (USA) and Tanglewood (USA). Since 1988 she has taught in The Netherlands at Codarts, the Rotterdam Conservatory, where she is professor of clarinet and chamber music. Braithwaite is artistic director of the series “Kromme Rijn Concerten” in Bunnik, The Netherlands, which she founded with the Arto Ensemble in 1996. She is also a member of the Rietveld Ensemble, which performs chamber music concerts in their Rietveld Ensemble and Friends concert series in Amsterdam, Utrecht and The Hague. In demand internationally as an educator, Nancy has taught master classes in China, South Korea and Spain, and has adjudicated for clarinet competitions in London and Beijing. For years she has been associated with the American composers Edith Hemenway and Thomas Oboe Lee, both of whom have written for her extensively. Recently she has recorded some of these works, including a CD of compositions by Edith Hemenway, To Paradise For Onions, on Etcetera Records. Ms. Braithwaite endorses the Uebel Superior clarinets and is a member of the Silverstein ligature Inspiring Pro team.

Among the most compelling singing actresses of our time, the admired black American soprano, Roberta Alexander, enjoys international renown for her riveting, incisive characterisations, miraculous vocal and dramatic range. She was reared in a musical family. She studied at the University of Michigan in Ann Arbor from 1969 to 1971, receiving M. Music in 1971. Roberta Alexander appeared as Pamina at the Houston Grand Opera in 1980, as Daphne in Santa Fe in 1981, and as Elettra in Idomeneo in Zürich in 1982. Following a tour of Europe, she made a successful debut at the Metropoli- tan Opera in New York as Zerlina in November 1983. Among the operatic heroines she has unforgettably portrayed are the title role of Janacek’s Jenufa (a Glyndebourne production), Mimì in Puccini’s La Bohème, and especially the great Mozart heroines: Fiordiligi in Così fan tutte, Donna Elvira in Don Giovanni and Vitellia in Mozart›s La Clemenza di Tito, the latter a major success with both the public and the press at the Glyndebourne Festival. In addition, she has performed principal roles at New York’s Metropolitan Opera, the Royal Opera House/Covent Garden, and the major Houses of Berlin, Hamburg, Vienna, Zurich and Venice. 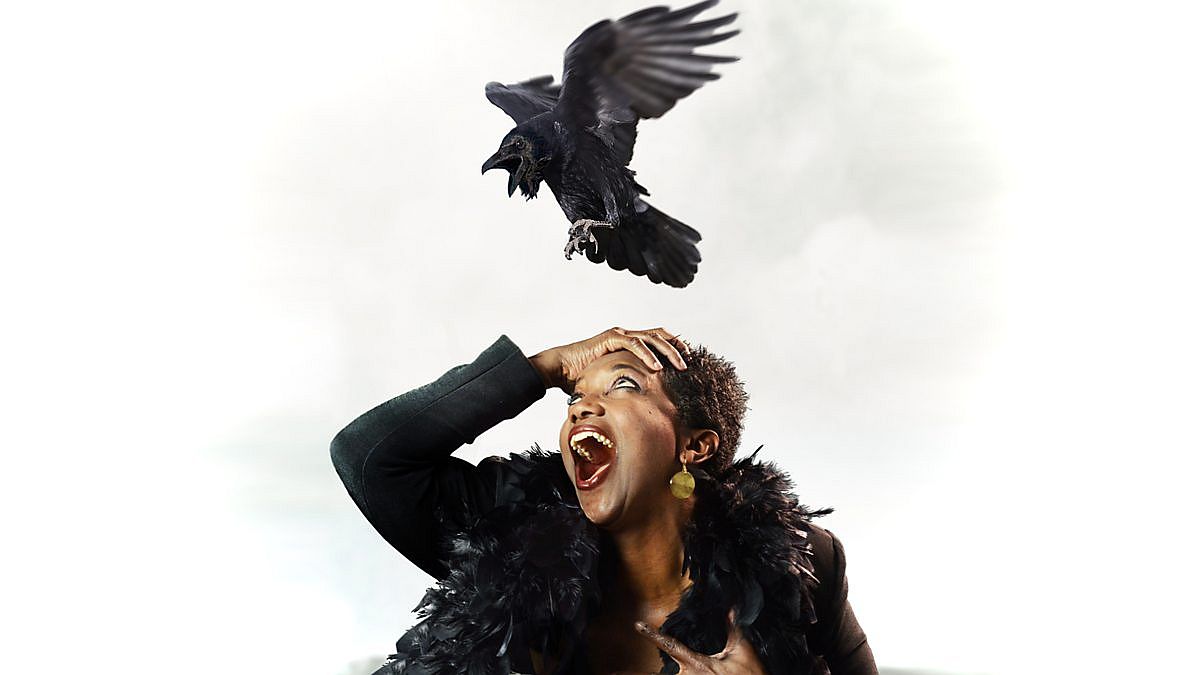 The American soprano Claron McFadden (1961) graduated cum laude from the Eastman School of Music in Rochester, New York and has been living in the Netherlands since 1984. She is known for her very varied repertoire, ranging from Baroque to Contemporary music and has worked with conductors such as Sir John Eliot Gardiner, Frans Brüggen and Sir Andrew Davies. Important opera roles she has sung include the title role in Lulu at Glyndebourne, the role of Zerbinetta in the Dutch Nationale Opera’s production of Ariadne auf Naxos and the title role in Cavalli’s La Didone at La Scala with Fabio Biondi. She is known for her unique interpretation of contemporary music and has many world premieres to her credit, including works by Harrison Birtwistle, Jörg Widmann and Michel van der Aa. She works regularly with The Arditti Quartet and Klangfo- rum Wien. She has participated in several projects that combined different art forms, like Alain Platel’s Pitié, and Ruben van Leer’s dance film Symmetry, filmed at C.E.R.N.

Ms. McFadden is frequently asked to join improvising musicians such as Kris Defoort and is a regular member of the David Kweksilber Big Band. She is artist in residence at Muziektheater Transparant and has realised several multidisciplinary projects: Lilith (2012), Secrets 2015),Nightshade: Aubergine (2017) and most recently, Façade: The last days of Mata Hari. In 2002 She was nominated for a Grammy Award and in 2007 she was awarded the Amsterdam Prize for the Arts. She is a member of the Royal Dutch Academy of Arts and Her TEDx talk in 2010 was selected to be shown on the  prestigious TED.com website. www.claronmcfadden.com

Michael Stirling was born into a musical family in London 1962. His father was British and his mother French. He studied the cello at the Guildhall School of Music with Leonard Stehn and Raphael Wallfisch. He continued his studies at the Banff Centre, Canada and with Lawrence Lesser at the New England Conservatory in Boston, USA. Other important musical mentors were: Louis Krasner, Eugene Lehner (Kolish Quartet), David Takeno, Hans Keller, Colin Carr and Bernard Greenhouse. From 1989 to 1997 Michael was the cellist of the Ensemble Modern in Frankfurt, Germany. He was also a member of the Raphael Ensemble (string sextet, London) for eight years, who recorded many CDs for Hyperion.

Vaughan Schlepp graduated ‘magna cum laude’ from the Eastman School of Music in New York, where he studied with Maria Luisa Faini. His interest in early music took him to The Netherlands for study with Gustav Leon- hardt. As a performer on the harpsichord as well as on the 18th century forte-piano, the 19th century Hammerklavier and the modern piano, Vaughan Schlepp has given numerous recitals and master-classes throughout the world as well as having made recordings for radio, television and compact disc. He has performed as soloist with orchestras in The Netherlands and America, and concertizes regularly as a chamber musician with such diverse artists as

cellist Anner Bijlsma, violinist Lucy van Dael, soprano Barbara Schlick, baritone Max van Egmond and bassist Hans Roelofsen. As continuo and solo organist he has participated extensively in the successful recordings of the complete Bach Cantatas which were released in 2001. His recordings on fortepiano and Hammerklavier with violinist Antoinette Lohmann and also with countertenor Sytse Buwalda have met with wide acclaim.

Mr. Schlepp has for many years been musical director and arranger for Opera Nijetrijne in Friesland and for the Amsterdam Marionette Theater with whom he has made a number of successful tours and recordings. Vaughan Schlepp is intensively involved with modern music and theatre and is active in Amsterdam as a teacher and coach for both singers and instrumentalists. He is regularly engaged as an Artistic Research advisor at Codarts in Rotterdam. Since 1989, he has been in demand as an arranger, music typesetter and publisher. He has been given assignments by the Dutch Broadcasting Corporation, Sony, Schott, Annie Bank Editions, Cantus Köln, Anner Bijlsma, Vera Beths, Gustav Leonhardt, Klaas Posthuma, Gooi en Sticht, the Loeki Stardust 15 Quartet and the Bredeweg Festival.

Claron McFadden. Roberta AlexanderEdith HemenwayEtcetera RecordsGreg Drygala Jazz PressMichael StirlingNancy BraithwaiteVaughan Schlepp
[August the 16th release from Origin Records: Ezra Weiss - We Limit Not the Truth of God]
Sam Britton aka. Isambard Khroustaliov - This Is My Private Beach, This Is My Jetsam (released on 19th of April 2019) Label: not applicable, 043 CD/DL