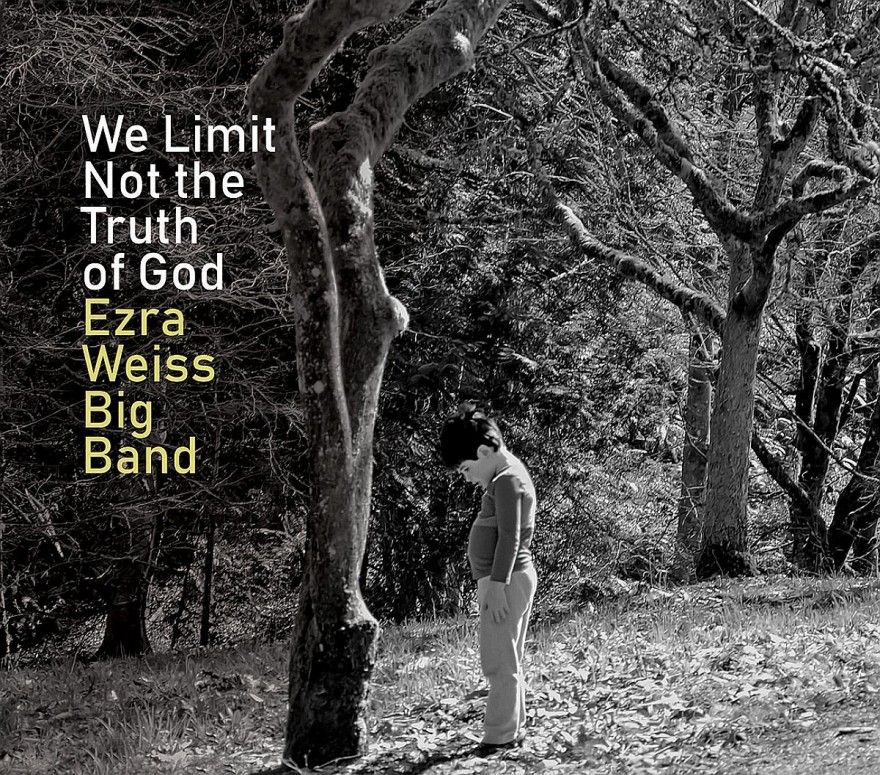 “Weiss proves himself to be a confident composer and arranger in the progressive mainstream.” – Nate Chinen, The New York Times

These turbulent times can be a source of confusion and hopelessness even for those who obsess over social media feeds and 24-hour news channels. Explaining it to young children still forming their own sense of the world can present even greater difficulties. That’s the challenge faced by composer and bandleader Ezra Weiss in composing the debut album for his own Big Band. Weiss rises to the occasion with a heartbreakingly confessional and impassioned suite that’s both a loving message passed down from father to children as well as a profound and deeply felt plea for togetherness and empathy.

We Limit Not the Truth of God, due out August 16 via Origin Records, is framed by a letter penned by Weiss to his two young children. “This music is for you,” Weiss opens before quickly correcting himself: “Well, not really. It’s for me. But it’s inspired by you.” The same can be said for the text interspersed throughout the suite, which ostensibly takes the form of a parent explaining the challenges their offspring should expect to face as they embark on life in contemporary society. But it’s just as much a document of the struggles we all face in trying to make sense of a rapidly changing and increasingly divisive world.

When Weiss began writing the music that would become We Limit Not the Truth of God in 2015, he expected to communicate a more lighthearted message to his youngsters. “Originally the idea was going to be that these are some of the issues we’re dealing with, but we’re getting better,” Weiss recalls. “It was going to have that optimistic slant, so by the end you’d feel hopeful and empowered about progress. Then after the 2016 election, as I was actually writing the music, that was no longer a realistic possibility.”

With countless issues to tackle, Weiss’ writing eventually focused on a single theme: the notion of the ‘other,’ how it’s used to draw lines in the sand and how it can only be rebuked by the realisation that ultimately we’re all in this together. “There isn’t an ‘other’,” Weiss insists. “That became the theme of the piece.”

We Limit Not the Truth of God takes its name from a hymn written by George Rawson in 1853, based on the words delivered by Pastor John Robinson to the Pilgrims as they left Holland, eventually landing in America. It’s difficult to imagine what those pioneers might think of the country where they landed in its current, deeply riven guise, though the hymn’s inspiring words could provide as much guidance now as they did then. They’re sung on this recording by the Camas High School Choir, their young voices lending the meaningful words an even more profound dimension.

Weiss, who describes himself as “religiously agnostic but culturally Jewish,” discovered the hymn, ironically enough, while working as music director for a Christian church. Bridging the illusory divide of belief systems, the words resonated deeply with him. “In our contemporary world,” Weiss says, “we tend to make a lot of assumptions, but there’s a higher truth that we often don’t see. That’s what spoke to me about the hymn; it brings up the idea of truth, and now when we live in a world where we’re so polarized that people choose what facts they believe and don’t believe, the concept of truth has become really important.”

That notion is reflected in the title of “Blues and the Alternative Fact,” a play on Oliver Nelson’s classic Blues and the Abstract Truth, updated to comment on today’s mind-boggling political euphemisms. The piece itself bears echoes of Nelson’s style with a covert drama and sly humor all its own, giving Bruggeman’s baritone and Bock’s trombone the gut-punch solo space. That piece follows the mood-setting “Fanfare for a Newborn,” a determinedly (if deceptively) optimistic opener with a soaring Farnell Newton trumpet turn leading into a group improvisation.

The rich, moving colors of “José’s Drawing” were inspired by the story of a 5-year old boy from Honduras separated from his father after crossing the border in El Paso, Texas. In his introduction to the piece, Weiss compares José’s ordeal with that of his own child starting kindergarten – the terror of that more commonplace experience suggesting just how horrifying the situation on the border must be. “Obergefell” takes the suite in a more celebratory direction with a victory for the forces of love, taking its title from the name of the defendant in the Supreme Court case that legalized same-sex marriage. Weiss’ choral arrangement vividly depicts the triumphant joy of the decision as altoist Nastos and trumpeter Barber take flight.

“What Now” is the sole pairing of Weiss’ words and the Big Band’s music, both gaining in intensity as the composer rattles off the list of wrongs he can’t bring himself to address through his music. The ensemble’s dissonant clamor, cut through by Savage’s urgent flute, underscores Weiss’ increasingly desperate tone. Before the palette-cleansing encore of Wayne Shorter’s immortal “Footprints,” the catharsis comes via the culminating piece, “Please Know That I Love You,” a tender ode that suggests a way forward through understanding and, most of all, caring for one another. 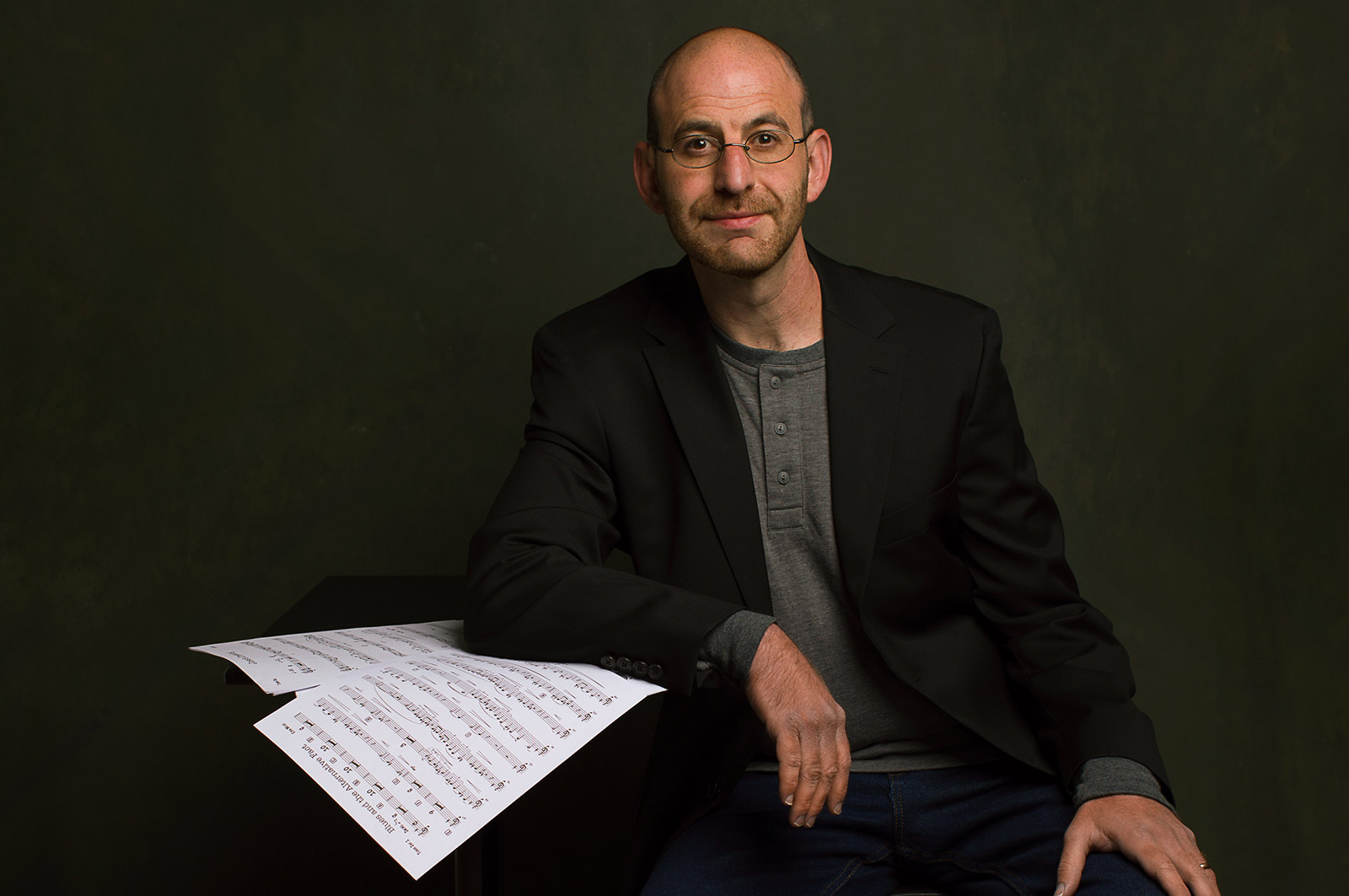 Portland-based composer/pianist Ezra Weiss has released six albums as a bandleader: The Five A.M. Strut (2003), Persephone (2005), Get Happy (2007), The Shirley Horn Suite (2010), Our Path To This Moment (2012), and Before You Know It [Live in Portland] (2014). Weiss wrote the music for the Portland Jazz Composers Ensemble’s multimedia concert/recording From Maxville To Vanport (2018), and music and lyrics for three children’s musicals designed to introduce young people to jazz: Alice in Wonderland: a Jazz Musical (2009), Don’t Let the Pigeon Drive the Bus! (2010), and Cinderella (2013).  His arrangements for Derek Hines’ recording The Long Journey Home (2017) led to the formation of his own Ezra Weiss Big Band, which he leads along with his Sextet. Weiss has won the ASCAP Young Jazz Composer Award three times and has been listed in DownBeat Critics Polls in the Rising Star Arranger category. His bands have featured such luminaries as trumpeters Michael Philip Mossman, Peter Evans, and Farnell Newton; saxophonists Antonio Hart, Vincent Herring, Mark Gross, and Dayna Stephens; bassists Corcoran Holt, Ameen Saleem, and Curtis Lundy; and drummers Kassa Overall, Steve Williams, Jason Brown, and Billy Hart (for whom Ezra also served as arranger), among others.