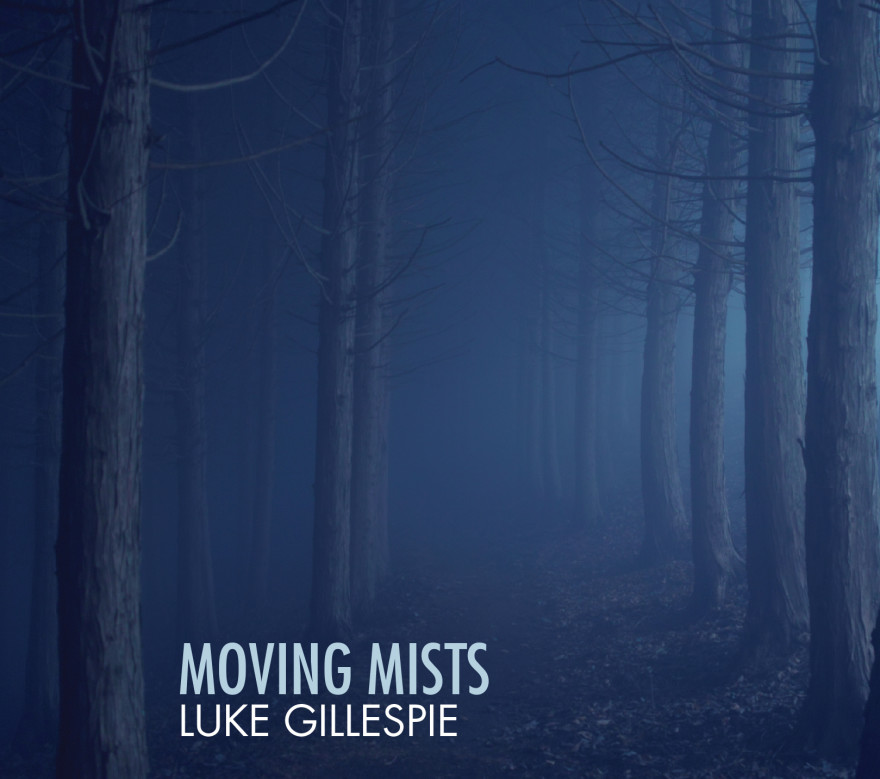 “Luke Gillespie … [is] a superior pianist who [is] adept at harmonising and reinventing standards.” – Scott Yanow, LA Jazz Scene

When pianist/composer Luke Gillespie went on sabbatical from his professorial post in spring 2018, he proposed to his department head a project that would allow him to write for and record with his faculty colleagues. It’s not your everyday proposal: Gillespie is professor of jazz piano at Indiana University’s Jacobs School of Music, one of the world’s most prestigious conservatories, and his colleagues at the time included the likes of vocalist Tierney Sutton, guitarist Dave Stryker and saxophonist Walter Smith III.  The final project, Moving Mists, will be released July 12, 2019 through Patois Records.

“My colleagues are some of the greatest musicians in the world, and some of the most professional,” says Gillespie. “We do play together several times a semester, in different venues. But this gave me a chance to actually record with my colleagues. It’s nice to have a document that we have played together.”

“I wanted to use as many of my colleagues as I could,” says Gillespie, who regards his faculty mates as his musical family. “Nobody plays on everything—except me—but everybody plays on something, though I chose not to solo on ‘This I Dig of Grew’ on purpose to honor the late Mulgrew Miller.”

The pianist also wanted to give features to the album’s participants, both showcasing their remarkable talents and thanking them for their work with him. Houghton has the first such feature with the opening “I Hear a Rhapsody,” an inventive trio arrangement for Gillespie, Houghton and bassist Jeremy Allen. The latter has his own turn in the spotlight on the album’s second trio setting, “My Funny Valentine.”

Trumpeter Raymond and saxophonist Smith team up for a double feature. “Blues for All” is a Gillespie original that, as the title suggests, is an upbeat variation on Miles Davis’s iconic 6/8 “All Blues” that allows the two horn men to attack it with relish. Then comes “Giant Steps,” John Coltrane’s perennial minefield. Both Smith (who begins with only drums accompanying) and Raymond show grim determination on their solos, but also absolute assurance in their melodic and rhythmic choices.

Raymond returns to center stage on his own, this time with flugelhorn, on Gillespie’s “Moving Mist.” The tune is a subtle nod to Japan’s cultural influence: Though his family is American, Gillespie grew up in Osaka. “I’ve got one foot in Japanese culture and one foot in American culture,”he says. Specifically, “Moving Mists” reflects the influence of Japanese composer Joe Hisaishi and his film score work, especially for director Hayao Miyazaki.

“Beautiful Love” is a duet for Gillespie and the acclaimed vocalist Sutton, which they recorded shortly before Sutton left the faculty at IU to concentrate on her performing career. Its stark, haunting beauty is in many ways a tribute to the singer’s perfectionism. “We did three takes,” Gillespie says. “Each time, the engineer and I were ready to sign off on it, but Tierney kept insisting she could do better. And sure enough, she did.”

“This I Dig of Grew” and “DaNaBar,” both Gillespie’s, are Wallarab’s arrangements for septet and sextet, respectively. Both are tributes to recently departed influences of Gillespie’s. The former, of course, salutes piano great Mulgrew Miller, who died in 2013. (The composer was also thinking when he wrote the tune of the late, great pianist Tommy Flanagan.) The graceful “DaNaBar” is for another IU faculty member who is an unspoken presence throughout the album: David Baker, who founded both the university’s jazz program and, arguably, the entire academic discipline of jazz studies. “I could have dedicated the whole CD to his memory,” says the pianist. “I owe everything to him.” The two Wallarab arrangements, he adds, demonstrate his colleagues’ top-flight professionalism. “We looked at those charts for the first time at the session—and in both cases they nailed it in the first take.”

Gillespie features himself on two solo tunes, both of them remarkably delicate takes on bebop standards. “Round Midnight” becomes a solemn minuet with echoes of composers John Field and Frederic Chopin, a glimpse into Gillespie’s parallel background in classical music. (While his bachelor’s and master’s degrees are in jazz piano, he studied classical for his doctorate.) The closing “All the Things You Are” takes on a slow, eerie aspect, with the pianist’s bass lines casting unusual shadows against his melodic right hand. 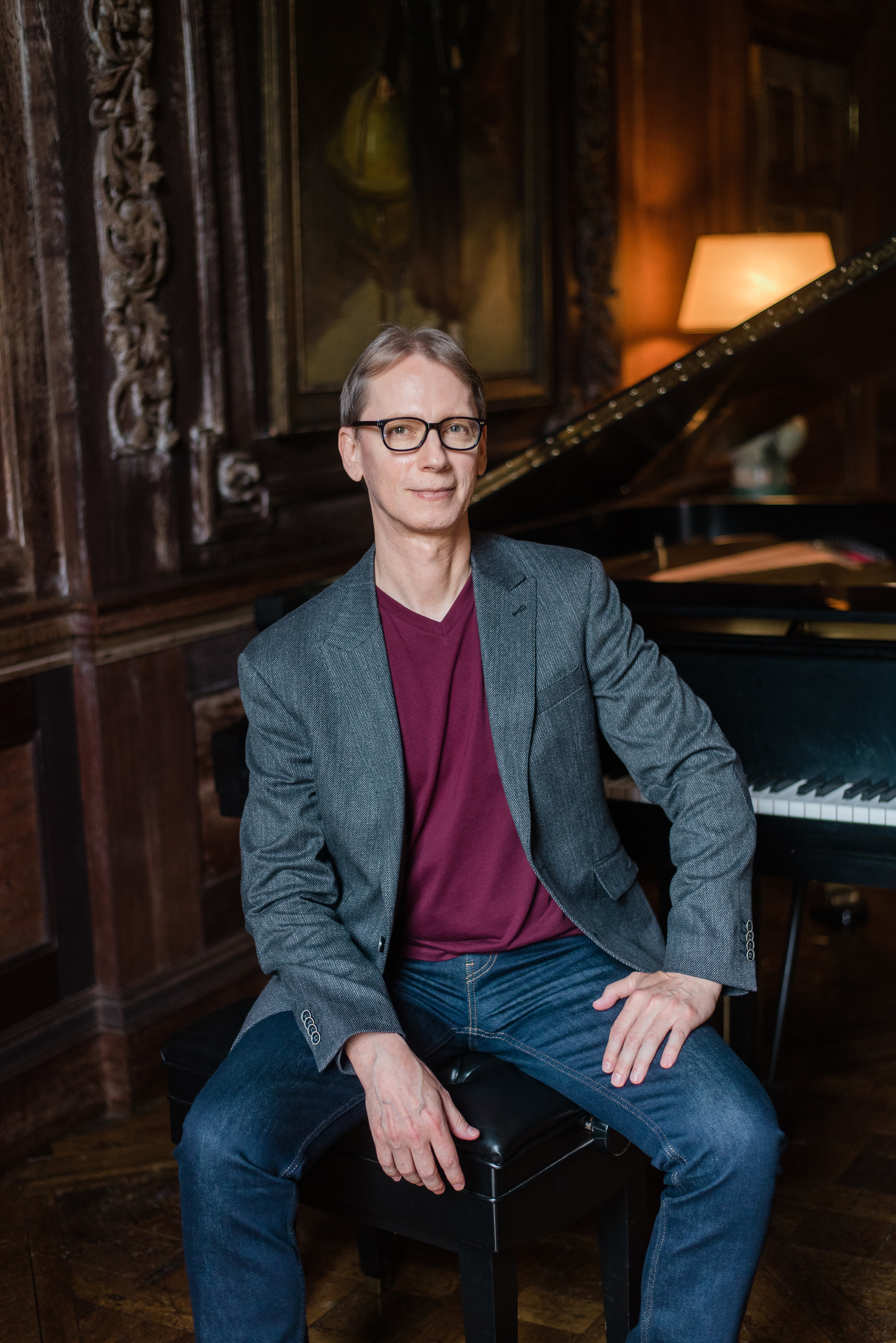 Born April 16, 1957 in Kyoto, Japan, Luke Gillespie grew up in Osaka, the son of a Baptist missionary from Memphis, Tennessee. His father loved black gospel music, such as Mahalia Jackson and the Edwin Hawkins singers, and his older brother (who, like Luke, took piano lessons at their father’s behest) was a fan of Ray Charles and James Brown. Against that soulful background, however, Gillespie was transformed when a friend played him a Thelonious Monk record. From that moment on, he was a jazz fanatic.

After graduating from the International School in Kobe, Gillespie matriculated at Indiana University in Bloomington, IN—compelled by its jazz studies director, David Baker, whose book Jazz Improvisationhe had devoured in high school. Though he enrolled as a classical piano major, Baker heard Gillespie play and allowed him to change to jazz studies, where he ultimately earned both his undergraduate and graduate degrees. While studying for his doctorate in classical piano, Gillespie took an adjunct position as the university’s jazz piano professor, which became full-time after he completed his studies in 1997.

In addition to his teaching career, Gillespie frequently performs around the Midwest, the US and the world, both as a sideman and a leader. He has received numerous awards, including best performance from the Indianapolis Star in 1993, the 1990 Copland Piano Concerto Competition at Indiana University, and the 1994 Indianapolis Jazz Festival Competition. His first album, Footprints (2003), was a solo performance, while 2009’s Live at the Station and 2011’s Third Base Line both placed him at the head of a trio with bassist Jeremy Allen and drummer Jason Tiemann. Moving Mists is his fourth album.