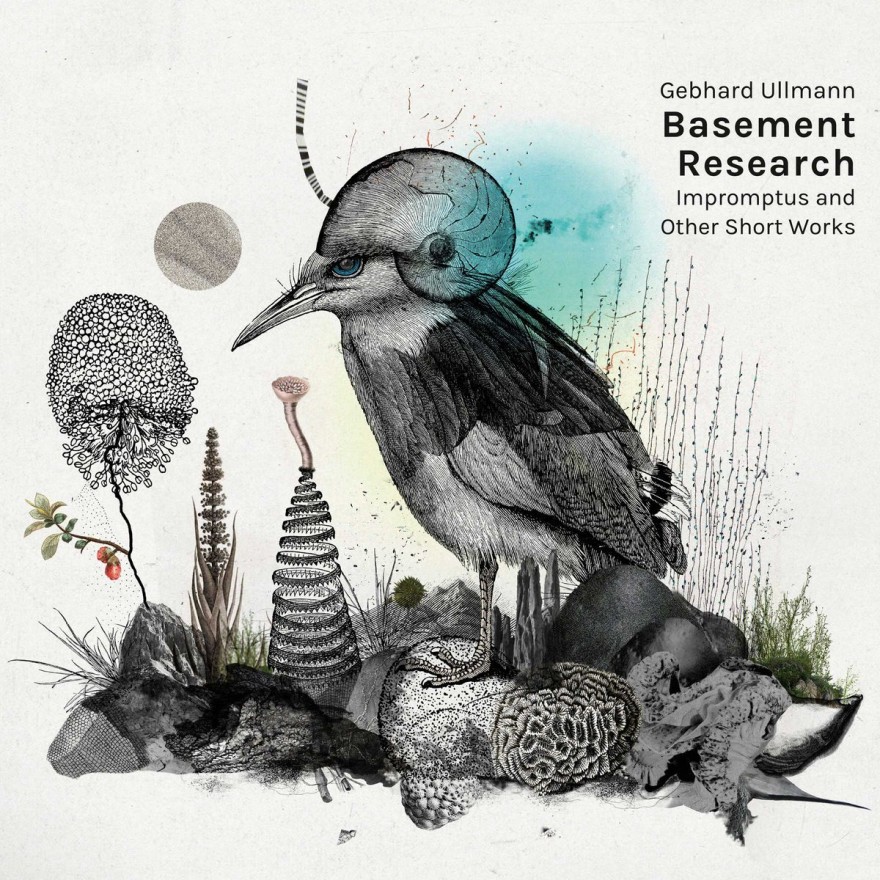 Marking the 25th Anniversary of the band the latest recording from Ullmann is called frankly: Impromptus and Other Short Works, featuring Ullmann on tenor saxophone and bass clarinet, trombonist Steve Swell, baritonist Julian Arguelles, drummer Gerald Cleaver and bassist Pascal Niggenkemper, all equally capable, and sporting 11 leader’s compositions from a going on period, here re-worked with new arrangement and touch given.

It opens with Gospel, but there is no worship in there other than mutual admiration to listening to each other. This music drags with both hands from the New Orlean’s Street Bands tradition. The way the lament goes and the leading brasses swap, with stomping rhythm section are both joy for the ears with their admiration for an articulation. After this specific intro the recording splits into two paths. Six compositions named as a numbered Imprompus # are invitation to a particular creative process, remaining four are scores fully written and therefore performed accordingly.

Twelve Tones – Impromptu #5 is a brass handled creative improvisation with melody loosely landed by leader’s Bass clarinet with further inclusion of the Trombone, later joint by Baritone and nicely framed by excellent job of the section. By the time the rhythm reaches repetitive pattern the brass players are already going through the tonal exercises and changing tempos and intensity of their interplay. With sections accompaniment going in to the bluesy walk giving each of the brass men enough space for a solo, which they pass to one another with the change accented played in unison choruses.

Impromptu #1 takes the trip towards Ayler and Schepp heritage. The tunes become more modal with clear folk influences taking from an Oriental scale. Notes are getting longer and more profound, with their almost hymnal intensity.

Coming after 29 Shoes breaks the set into a more be-bop approach with fast changing lines and notes riding fast and horns sounding rough and immediate. This is a proper foot -tapper with its elegant scale progressions and wonderful escalation of the double bass and drums time keeping changing into furious brass tutti cannonade on the outro.

Kleine Figuren is a sweet and lucid melody with lovely leading edge created by Swell on which other brasses can park comfortably like birds on wire. Percussion shimmering is all integrated with the winds’ effort and accents repetitive melody lines with gentle breaks.

Lines – Impromptu #2, takes us to another blowing exercise. Here fast motives are played by brass rather in Unison, or dismantled into single voices, exploring the space given with company of the drums. Lines are either fast and fat, played in baritone registers, or twisted and expanded, supplied by trombone. Tutties are fiery and offering rich textures. I love that piece!

Shifting Tonalities – Impromptu#3 gives a lead into bassist hands, he is the first shifter with an opening intro played with spirited Arco twisting in climaxes into elegant overtones. On top of that all brasses are swinging in a lazy rhythm, in which from time to time, each of them drops out of the circle, to climb back over the scales into safety unisons. Not only tonal balance changes but the rhythm as well, coming imperceptibly, from wild rubato to the regular blues walking.

With the band skilled like that, and with the clear sense of direction, whatever the turn to meet, one can expect nothing else than pure joy and sensation, coming from unexpected shifts of Tempo, Ideas, Melody and Rhythm, whatever comes from mutual interaction. A brilliant recording from phenomenal musicians well deserving of being known better than they are in fact.