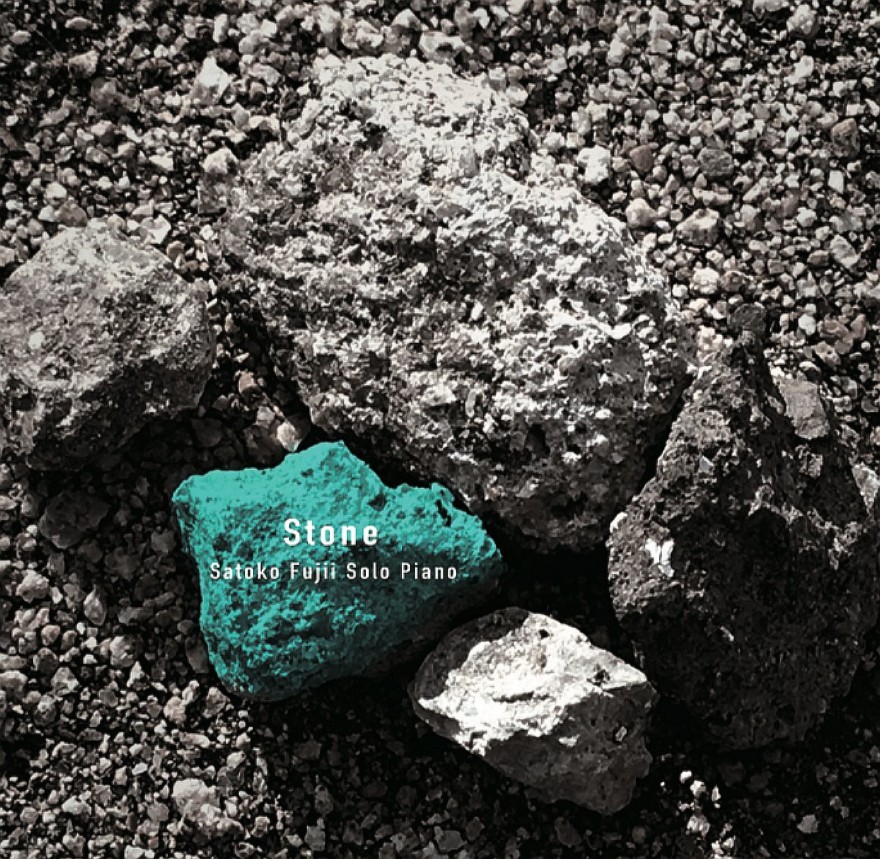 On Her New Solo Album Stone, Composer-Pianist Satoko Fujii Searches for”Music No One Has Heard Before”.Recording is inspired by the memory of Fujii’s grandmother who lost her hearing late in life

“In Fujii’s music, there is always something more, always another phrase, another pause, another scrape or crackle or minor to reveal itself, in due time.” – Lee Rice Epstein, The Free Jazz Collective

Even for an artist as notable for her risk taking as Satoko Fujii, Stone (available June 7, 2019 via Libra Records,) is an audacious album. Drawing on a unique conceptual approach to the music and her considerable array of extended techniques, Fujii has created an utterly original and almost mystically beautiful solo piano album unlike any in her 40-year career. After the prodigious effort of releasing an album a month in celebration of her 60th birthday (kanreki) last year, Fujii shows no signs of slowing down creatively.

In fact, Fujii emerged from her kanreki (60th birthday) year with renewed energy and sense of purpose. As she explains in the album’s liner notes, “at the end of those twelve months, I had an even clearer idea of what I wanted to do next. It was as if a fuzzy image in my mind had come into sharp focus. I made this solo recording right around the time the fuzziness began to clear up.”

Inspired by the memory of her late grandmother, Fujii approached the new album with a specific idea in mind. Her grandmother lost her hearing late in life and one day, she said that since she had become deaf, she could hear “beautiful music the likes of which I never heard before.” But she couldn’t describe it. Fujii wondered, “What music will we hear for the first time when our ears no longer can hear?” This thought guided Fujii as she made this record.

Throughout the album, Fujii searches for something elusive, magical-a previously unimagined (and perhaps unimaginable) music. She conceives of the entire piano as a source of sound, not just the keyboard, but the strings, the metal frame holding the strings, the wooden body of the instrument. She uses everything to help her on her quest. As a result, new, unusual sounds and cryptic melodies emerge that blend into a music that is wholly new. On “Obsius,” she gently brushes the piano wires and plucks them percussively to create a sequence of contrasting episodes that follow an elliptical narrative flow. “Trachyte” has an atmosphere of otherworldly serenity as long tones overlap and pulse. The pace is slow and the timbres almost electronic sounding. Fujii has always paid attention to tone colour, melody, and harmony, but never as she does here. On “Lava,” a long, unsettled melody played on the keyboard unexpectedly emerges and develops out of a preceding meditation on abstract prepared-piano sound and silence. There are surprises on every tune.

Except for “River Flow,” a brief piece of stunning melodic simplicity and beauty, and the concluding “Eternity,” the entire album is improvised. Yet each performance is tightly focused, interlacing just a few musical elements into a close-knit, organic whole. “I tried to use one sound from inside piano in each piece,” Fujii says. “I picked some inside-the-piano technique beforehand and improvised with it. And then of course, things came out that I didn’t plan for, and I let them spontaneously become part of the music.”

Critics and fans alike hail pianist and composer Satoko Fujii as one of the most original voices in jazz today. She’s “a virtuoso piano improviser, an original composer and a bandleader who gets the best collaborators to deliver,” says John Fordham in The Guardian. In concert and on more than 80 albums as a leader or co-leader, she synthesizes jazz, contemporary classical, avant-rock, and folk musics into an innovative style instantly recognisable as hers alone. A prolific band leader and recording artist, she celebrated her 60th birthday in 2018 by releasing one album a month from bands old and new, from solo to large ensemble. Franz A. Matzner in All About Jazz likened the twelve albums to “an ecosystem of independently thriving organisms linked by the shared soil of Fujii’s artistic heritage and shaped by the forces of her creativity.”

Over the years, Fujii has led some of the most consistently creative ensembles in modern improvised music, including her trio with bassist Mark Dresser and drummer Jim Black and an electrifying avant-rock quartet featuring drummer Tatsuya Yoshida of The Ruins. Her ongoing duet project with husband Natsuki Tamura released their sixth recording, Kisaragi, in 2017. “The duo’s commitment to producing new sounds based on fresh ideas is second only to their musicianship,” says Karl Ackermann in All About Jazz. Aspiration, a CD by an ad hoc quartet featuring Wadada Leo Smith, NatsukiTamura, and Ikue Mori, was released in 2017 to wide acclaim. “Four musicians who regularly aspire for greater heights with each venture reach the summit together on Aspiration,” writes S. Victor Aaron in Something Else. As the leader of no less than five orchestras in the U.S., Germany, and Japan (two of which, Berlin and Tokyo, released new CDs in 2018), Fujii  has also established herself as one of the world’s leading composers for large jazz ensembles, leading Cadence magazine to call her, “the Ellington of free jazz.”