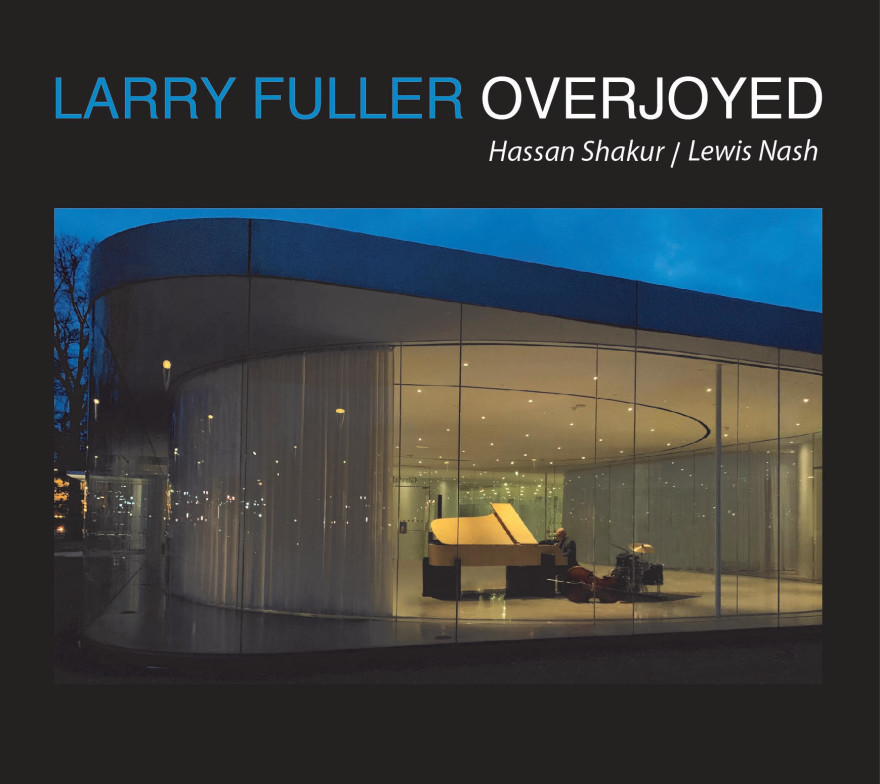 “He brings a vitality. He swings hard, and I like that!” – Ray Brown, master bassist

“In his amazing gossamer piano solos, he sprinkles stardust on whatever song he plays.  You hold your breath in wonder.” – Stephen Holden, New York Times

( YT sample for illustration purpose only, with Hassan Shakur on Bass, but Greg Hutchinson on Drums 😉

Fuller brings his own take to a sweeping variety of compositions including Stevie Wonder’s classic “Overjoyed”; Oscar Peterson’s “Bossa Beguine,” Wes Montgomery’s “Fried Pies,” Ray Bryant’s “Cubano Chant,” Ray Brown’s “Lined with a Groove,” and Richard Evans’ “Bossa Nova Do Marilla”; the standards “How Long Has This Been Going On?,” “Never Let Me Go” and “Mona Lisa”; the blues workhorse “Got My Mojo Workin’”; and his own finely constructed originals, “Jane’s Theme” and “The Mooch”.  Exhibiting an outsized command of his instrument balanced by tasteful displays of inward beauty, Fuller has the worlds of swing, bebop and the blues at his command and isn’t shy about sharing his gifts to engage the full emotional response of the listener. Whether meshing flawlessly with his rhythm mates, or exhibiting his finely honed sensitivity and imagination throughout lyrical solo performances (“Never Let Me Go” and “How Long Has This Been Going On?”), Fuller speaks with his own pianistic voice.

Famed for the exuberance he brings to the bandstand and the seamless connection that he makes with his audience, Fuller’s artistic message is as forthright as his music itself: “To uplift people with the joyous sprit of the music. To play with joy, to swing and play the blues. These are the hallmarks of jazz that inspired me as a child. They are traditions that I continue to aspire to.”

A native of Toledo, Ohio, Fuller was playing professionally as a pre-teenager. The late eighties and early nineties found him working with vocal legend Ernestine Anderson as both pianist and musical director. After a noted stint with the celebrated West Coast-based drummer Jeff Hamilton, Fuller found fame with Ray Brown, performing with the bass boss until Brown’s passing. Fuller then became an integral member of John Pizzarelli’s ensembles for nearly a decade. (Among the other jazz notables that he has worked with are Stanley Turrentine, Harry “Sweets Edison,” Phil Woods, and Clark Terry.) Fuller has led the Larry Fuller Trio since 2013; he has released three albums as a leader since 2005.