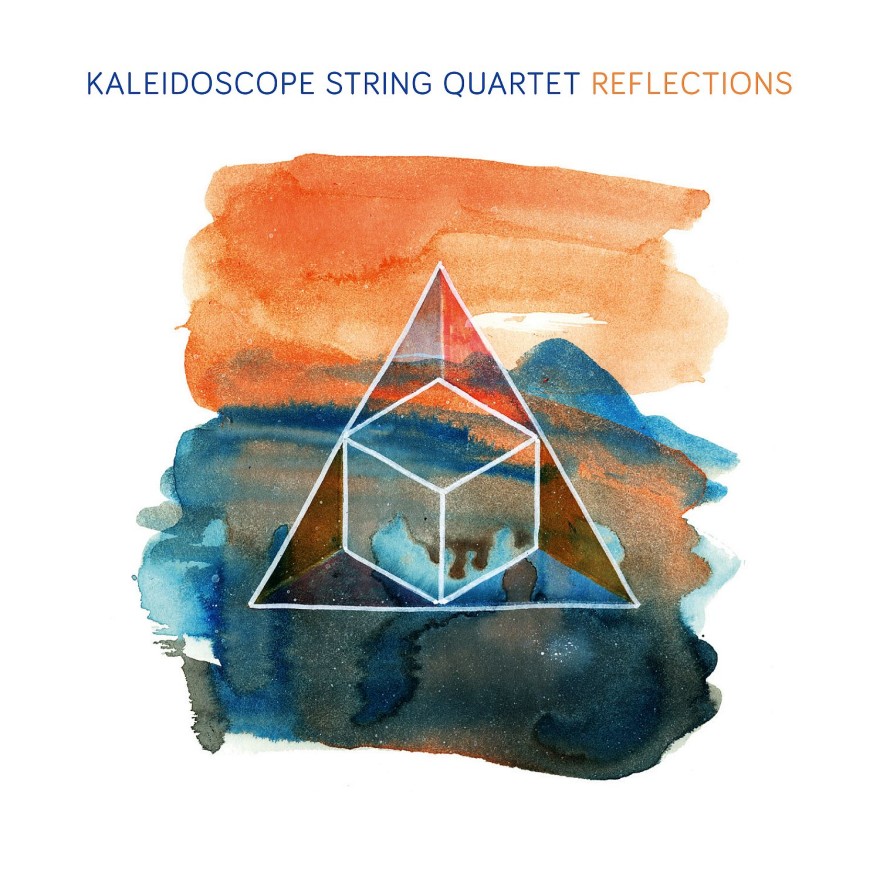 “The basic idea is to translate different styles that have shaped us into our own musical language,” explains Heggendorn the spirit of the quartet founded in 2009, which sees itself as a band in the classical sense. “It’s about living musically interaction and spontaneity.”

On his new, third album Reflections, in addition to two compositions by Heggendorn and one by violist David Schnee, the Kaleidoscope String Quartet now interprets surprisingly many pieces from a “foreign” pen. For example, from the Zurich Zen jazz thinker Nik Bärtsch and Mathias Rüegg, director of the legendary Vienna Art Orchestra. Also by the Viennese double bass player Georg Breinschmid, the film music specialist and piano sound researcher Ephrem Lüchinger and saxophonist Nicole Johänntgen. “We asked some close and friendly musicians if they would write for us,” explains Heggendorn, “because we knew it would take us further as a quartet.” The energy and working method is different if the composer is one of his own Rows come, adds David Schnee. The opening to the outside, for music by other artists, sees the KSQ as a substantial development,

Regarding the style, there were no specifications for the composers, explains the quartet. Gospodine Marquis by Georg Breinschmid exudes subtle wit, not least because of his deceitful play with supposedly familiar melodies. “Breinschmid has his own compositional style, which often combines virtuosity and humour,” Heggendorn states, “his proximity to the Balkans always leads him to work with odd time signatures.” Bärtsch’s course reminds him of a slightly older module 17 because of its small-scale and repetitive structures still to the band Ronin, for which it was written at the time. Although now all four KSQ members contributed ideas to the development of the arrangement. Other titles do not necessarily recognise their authors ad hoc. Their aesthetics, which are close to jazz, lead the KSQ even more decisively than in the past to rhythmically accentuated playing posture. At times, the four, in addition to exciting contrasts of enticing melodies and sophisticated counterpoints, even develop rock-like bites, including in Lüchinger ‘s Cthulhus Dance .

Rhythmic phrasing and grooves have always been the hallmarks of the Kaleidoscope String Quartet, as well as its stylistic range that extends to folk-like melodies. “We live in postmodernism, because there are simply manifold possibilities of combinatorics,” stated David Schnee in 2015 in the Neue Zürcher Zeitung. The KSQ was founded in 2009 on the occasion of a production in which the strings cooperated with a jazz quintet. Then Heggendorn and Schnee decided to continue their work as Kaleidoscope String Quartet with two other partners (including violinist Tobias Preisig). In 2011 the debut album Magenta was released. The following year, the ensemble was awarded the ZKB Jazz Prize, which cheered the Tagesanzeiger Zürich: “Never before has […] been a winner who has come up with such a soup reading. Note by the author] would have won the prize. “

The already mentioned second album Curiosity received enthusiastic response. A critic from the magazine Rondo described it as “extremely enjoyable and intelligent music,” while the Jazz Thing read, the musicians “add baroque figures with subtle melancholy into almost abstract shapes, swinging through pop riffs […] A ravishing melange of arranged and improvised music. “Observers of the concerts, which already led the KSQ around half the globe, in concert halls and jazz clubs, are just as euphoric. In 2016 it played at the Cully Jazz Festival, in the Munich Gasteig and on the Plaza of the Elbphilharmonie, in 2017 the band toured successfully through Brazil and Argentina, performed at the Brussels Chambermusic Festival and the Bayerischer Rundfunk as part of “Klassik im Underground”. In March 2018, KSQ filled the Berlin Radial System V, In June, it realized a joint orchestral project with the Basel Sinfonietta. A critic from the Berner Zeitung commented on a performance last summer: “The ensemble draws its instruments to a surprising level of intensity. […] Grooving, flageolating, caressing, tickling, making the listeners wince, or carry them off to Fantasia and throw them off there. “

The title of the current work, Reflections, refers to the above-mentioned opening for foreign compositions, explains Simon Heggendorn. “With those new pieces that are no longer mine or David Snow’s, we reflect our path that we have gone as a band in recent years.”

More virtuoso than ever, the Kaleidoscope String Quartet now alternates between lightness and detail, transparency and complex compression. The playful elegance and sympathetic charisma thrills jazz and classical music fans as well as pop fans. Especially as the KSQ wipes all dogmas sovereign aside, focusing entirely on its own, in many facets dazzling sound cosmos. Such a high-profile and at the same time unpretentious grandeur is rare. With Reflections, the Kaleidoscope String Quartet is finally entering the international Olympus of versatile, stylistically open string quartets.