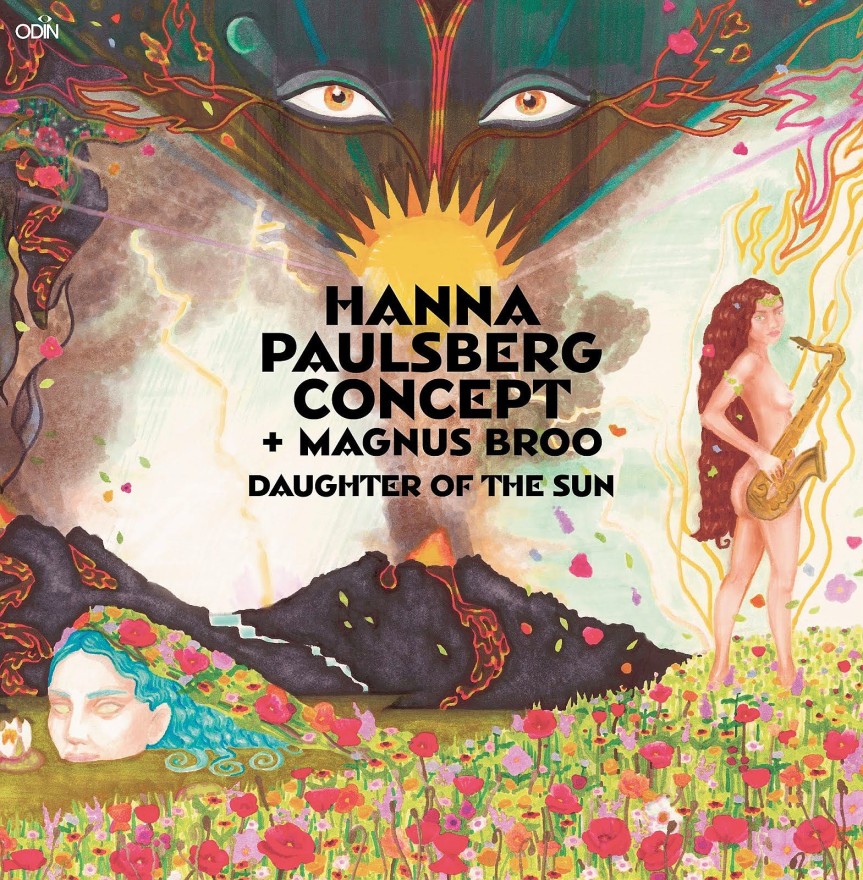 Daughter Of The Sun is HPC’s fourth album. It follows the critically acclaimed Waltz For Lilli (2012), Song For Josia (2014) and Eastern Smiles (2016). The line-up – Paulsberg, double bassist Trygve Fiske, drummer Hans Hulbækmo and pianist Oscar Grönberg – has been together for over eight years and the benefits of such stability are evident in the interplay between the musicians.
But longterm familiarity carries a potential downside. “Such closeness can also lead a band into falling into the same patterns,” says Paulsberg. “We have been longing for someone to come in and push our boundaries for some time.”
So, for Daughter Of The Sun, the group invited Swedish trumpeter Magnus Broo to join them. A generation older than the other musicians, Broo has been a member of the celebrated Norwegian/Swedish band Atomic for almost 20 years. His roots are also in the African American tradition and he is well known to Paulsberg’s quartet – Hans Hulbækmo, for instance, has been playing alongside Broo in Atomic since 2014, when he replaced founding drummer Paal Nilssen-Love in the line-up.
“We had been thinking about recording with Magnus for quite a while,” says Paulsberg. “It just took a little time to arrange. When we did all finally get together, I would never have imagined that it would fit as well as it actually did, musically and socially. He made all of us relax in a way we have not done as a group before, and the atmosphere in the studio was notable for lacking any kind of pressure. I think that was the most important thing Magnus brought to the table – a total openness that made everyone feel like they were good enough.”

Daughter Of the Sun

Daughter Of The Sun – which Paulsberg has dedicated to the Ancient Egyptian pharaoh Hatshepsut and all other women who have had to fight harder for recognition because of their gender – opens with the gorgeously lyrical “Scent Of Soil.” It is a slow burner, whose hummed intro and otherworldly saxophone sonics have echoes of “Upper Egypt & Lower Egypt” from Pharoah Sanders’ 1967 spiritual-jazz manifesto Tauhid. In his solo, Broo establishes the playful mood of the album early on with a quote from Rodgers & Hammerstein’s “The Surrey With The Fringe On Top” – while simultaneously making a link with the African American tradition and Miles Davis’ use of the tune as the opener of his 1956 album Steamin’.

Track two, “Little Big Saxophone,” is faster, semi-free in structure and introduces touches of atonality. The suggestions of highlife and township jazz which occur later in the album are also first heard here. Paulsberg’s broken-note-strewn solo is masterful. A similarly upbeat vibe permeates the album’s closer, “Bouncing With Flower Buds” – the title a reference to bop pioneer Bud Powell’s sunny standard “Bouncing With Bud.”
Paulsberg and Broo’s synchronous theme statements on “Serianna” are among the album’s clearest intimations of township jazz, akin to saxophonist Dudu Pukwana and trumpeter Mongezi Feza’s partnership in Spear in the late 1960s. The title of “Hemulen Tar Ferie” refers to a character in Swedish TV’s animated fairytale series Moomin going on a holiday, and is as playful as that provenance suggests. Paulsberg and Grönberg’s solos, taken over Fiske’s upbeat bass ostinato, have a generally joyful vibe which is enriched rather than diminished by an occasional elegiac quality – an emotional depth which also characterizes the title track.
Daughter Of The Sun is an absolute knock-out. It deserves to raise Hanna Paulsberg Concept’s international profile considerably.