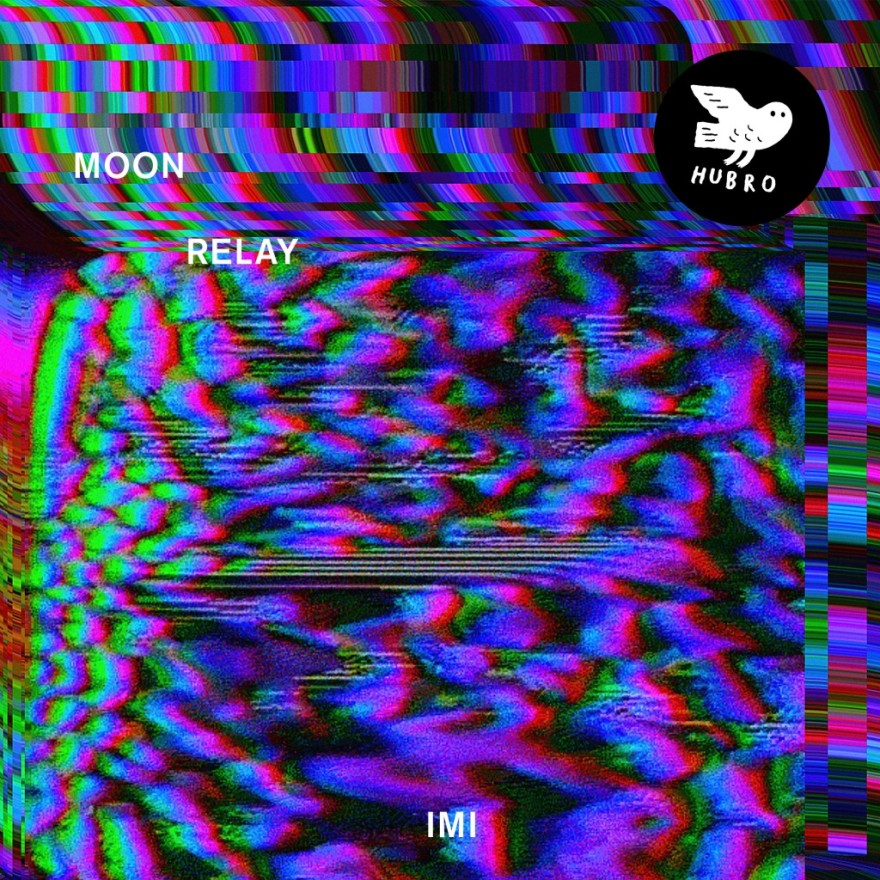 On one level, each of the six original compositions on ‘IMI’ functions as a compulsively rhythmic address to the body of the listener, enforcing a physical response through an irresistible, sometimes heartbeat-timed pulse paired with intense repetitive riffing. On another, more nuanced level, the music functions at a kind of ironic distance, simultaneously echoing the various historical sources of the sounds being paid homage to, yet placing them critically within a contemporary context where the past is simply another resource to be plundered at will. Whatever the theory, Moon Relay sound tight as a drum, playing fast-paced, intricately tessellated rhythmic patterns that build and build in an extreme sonic dialectic of tension and release. In short, they rock. Although the inspiration might often be the underground Lower East Side sounds associated with New York’s relatively obscure and short-lived No Wave movement (as reflected in the ‘No New York’ compilation album of 1978 curated by Brian Eno), it’s a legacy that now carries an inevitable familiarity through the scene’s influence on Eighties punk-funk era hits such as Bowie’s ‘Let’s Dance’ and Talking Heads’ ‘Burning Down the House’, some of whose sharp-cornered guitar rhythms are echoed throughout ‘IMI’.

Moon Relay are uniquely well-qualified to adapt this kind of stylistic inheritance to their own ends, as they possess both the instrumental chops, and the intellectual back-up, to more than live up to the original inspirations. Their out-there credentials on the teemingly eclectic experimental Oslo scene also give the musicians – Daniel Meyer Grønvold, Håvard Volden, Ola Høyer and Christian Næss – an impressively broad range of influences and antecedents, while their formation as long ago as 2012 ensures that they really do sound every bit as tight as a great guitars, bass and drums band needs to. Members of the band play variously with all sorts of groups, soloists and projects, including Jenny Hval, Cortex, Jessica Sligter, Nude On Sand and more. Moon Relay also enjoy the relatively rare distinction of having their own identifiable group sound, which is itself a distillation of their many instrumental influences, from krautrock, surf music and psychedelia to free jazz, techno and noise bands, while their live playing has both tightened and stretched out through continual gigs, including a recent tour of Japan.

The group have also carved out a particular ‘progressive’ trajectory for themselves as recording artists, following their 2013 mini-album debut (also on Hubro) with 2016’s Hubro LP ‘Full Stop Etc’, which offered a more considered and sophisticated ‘collage’ approach to the instrumental, guitars, bass and drums format, using the resources of the studio more consciously to shape an overall narrative. Now ‘IMI’ takes everything a stage further, with the powerful sound of the band augmented by overdubbed electronic drum, synth and FX inserts to produce a more orchestral, layered effect. The inclusion of introductory sequences using a combination of speeded-up or slowed-down samples and random snatches of what might be radio noise looks towards a future of continued experimental development while also referencing the work of past masters of this form such as Can’s Holger Czukay. This seems fitting: Moon Relay have one foot in the past and one in the future, sounding old and new at the same time.