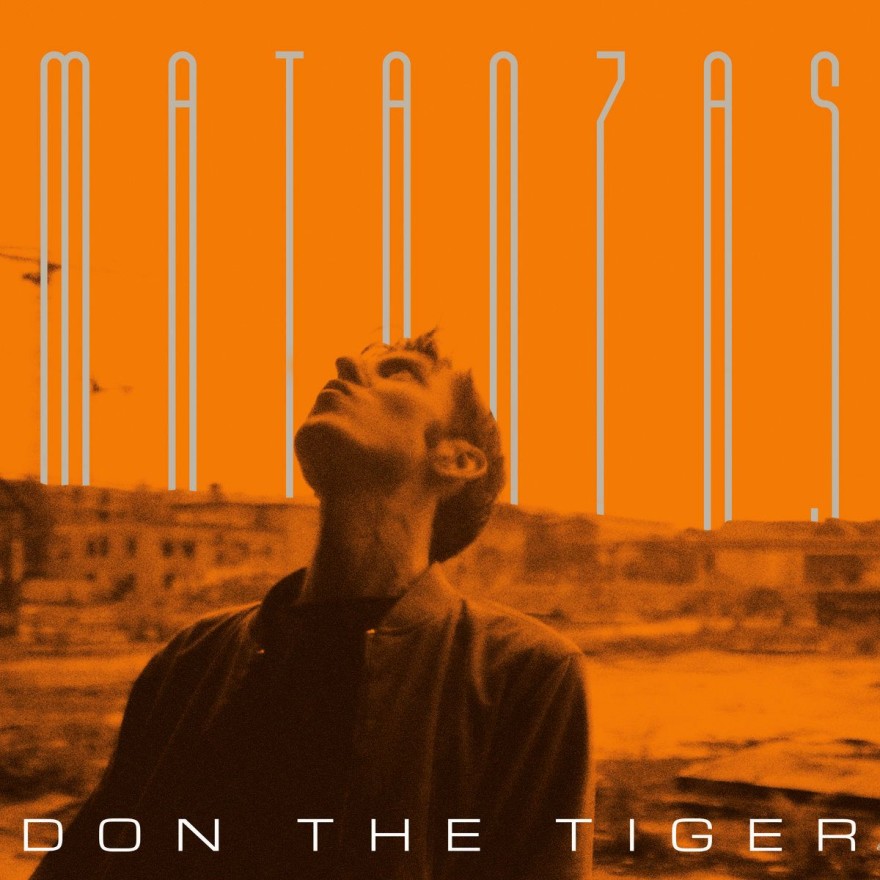 Let’s dive into the extraordinary world of Matanzas. Led by Don The Tiger’s deep, expressive voice, we’ll find out how Cuban bolero can smoothly collide with experimental recording techniques, how the spirit of Andalusian processions can coexist with video game music, and how Catalan sardana can morph into a cubist strain of ambient music. We’ll also encounter murderous sharks, doomed relationships, parrots & pirates, and even a fisherman of the disappearing Aral Sea.
Don the Tiger is the solo project of Adrián de Alfonso, an ubiquitous presence in Barcelona’s underground until recently, and the nomadic guitarist who has played with the likes of Lydia Lunch, Mark Cunningham, Robert Forster and Carla Bozulich.

Having relocated to Berlin, Don The Tiger now takes inspiration from everything he misses in that city – be it rumba, MPB, baroque fantasy, guabina, flamenco or Fania Records- and mixes it with musique concrète and elaborate sampling techniques, delivering it all in a way that owes more to primitive rock’n’roll than to anything else.

Described by Don The Tiger as “a dive into melodic exuberance after years of experimental music-making”,  Matanzasis his second album to date. It was mixed and produced with the help of revered Colombian pop experimentalist Lucrecia Dalt.

Matanzas is a coastal town in Cuba known as the birthplace of the rumba, a secular genre of Cuban music involving dance, percussion, and song, grounded on African traditions, as well as on the Spanish-based coros de clave. Matanzas is also the region of birth of Arsenio Rodríguez, who gave the raw tradition of the rumba an unexpected twist by mixing it with tres, double bass, and piano, turning it into something more melodic and setting up the foundations for a new kind of son montuno. The possibility of such twist gave me the spark to start working onMatanzas, an album which means a dive into melodic exuberance after years of experimental music-making. Matanzas could be also literally translated to “killings”, a term that would fit with the idea of putting an end to a previous line of work, which is what I ultimately did in here.

Matanzas is informed by the DIY tactics that I have been applying to music since I started playing in no-wave or noise bands, methods which I somehow deprived of their typical confrontational charge. I used feedback, heavy discontinuity, tactile mikings, small pitch alterations, extreme imaging, or even self-made instruments to produce sound in the same way I used a bamboo sax, or a Colombian tiple. Once the palette was compiled, I just had to focus on melody, arrangements, rhythm, and narrative. The best hints came from my compulsive daily intake: the incredibly wide Cuban and Colombian musical heritage, the hidden connotations behind blues and soul, the disruptive drive of musique concrète, Thelonious Monk’s angles, the cockiness of psychobilly and salsa, the softness of certain torch singers from the late 50s, Erik Satie’s futuristic synthesis, the gaudiness of ‘90s video-game music, the slow pace of the sardana, Burundi’s brutally intimate chants, the brassy fantasy of the baroque… Ultra-distinct approaches from the past which happen to be sufficiently naked, articulate, and bold to make any present resonate with a tremendous frequency. Little by little these musical obsessions determined my own tradition, and therefore an eventual frame for creation, but the real pursuit came from somewhere else: making the music that I want to hear.

Matanzas reasserted itself as a dual record from the very beginning. Setting up this expressionistic and organic sound world was naturally achieved by combining dirt with cleanliness. Grainy samples were rubbed against polished MIDI instruments, tapes and amps blended with a bunch of digital processors… Even the colourful progressions and lively arrangements were somehow counterpointed by a shady presence lying under the floorboards. As opposed to previous incarnations of the Tiger, the disturbing character of some of these sonorities didn’t invade the album’s mood. Nonetheless, the live interpretation of this songs may probably involve a bit more rumble.

Lyrics-wise,  Matanzas delves into issues that matter to me, such as loss, impossibility of change, unwholesome desire, and love, but the album sets also a narration unfolding between salt and foam. These songs grew strong in a shipyard and were brought back by some cargos to a smoggy rusty boardwalk where they could graciously live. You can hear engine noises, ropes creaking, the breeze penetrating very slowly… There are marine entities of various types: colonizing species, cetaceans that man murders without mercy, and sharks that will take their revenge at the most unexpected moment. There’s even a parrot missing somewhere in Panama…

Matanzas was mixed with Lucrecia Dalt, who has been my right hand throughout all this process and without whom this record would have not been possible.

1. CANTOS AL ARAL MENGUANTE  (Chants To The Shrinking Aral)
Dependency and loss, highs and lows. A fisherman of the South Aral Sea watches the decline of the water level.

2. DERRENGADOS EN LA ARENA (Twisted On The Sand)
Like this couple of lovers who roll on the sand, some have always remained on the shore.

4. LA LÍNEA TODA (The Whole of Línea)
On whaling and doomed relationships. At La Línea de la Concepción, whales can often be spotted from the strand.

9. HÁGASE USTED CARGO, SIR HENRY (Please Realize, Sir Henry)
The fearsome pirate Henry Morgan calls his escaped parrot, a bird that laughs like a woman and throws itself on the floor a few seconds before the advent of earthquakes.

12. QUERIDO ASAETEADOR  (Dear Archer)
A moist confession to someone who shoots arrows.