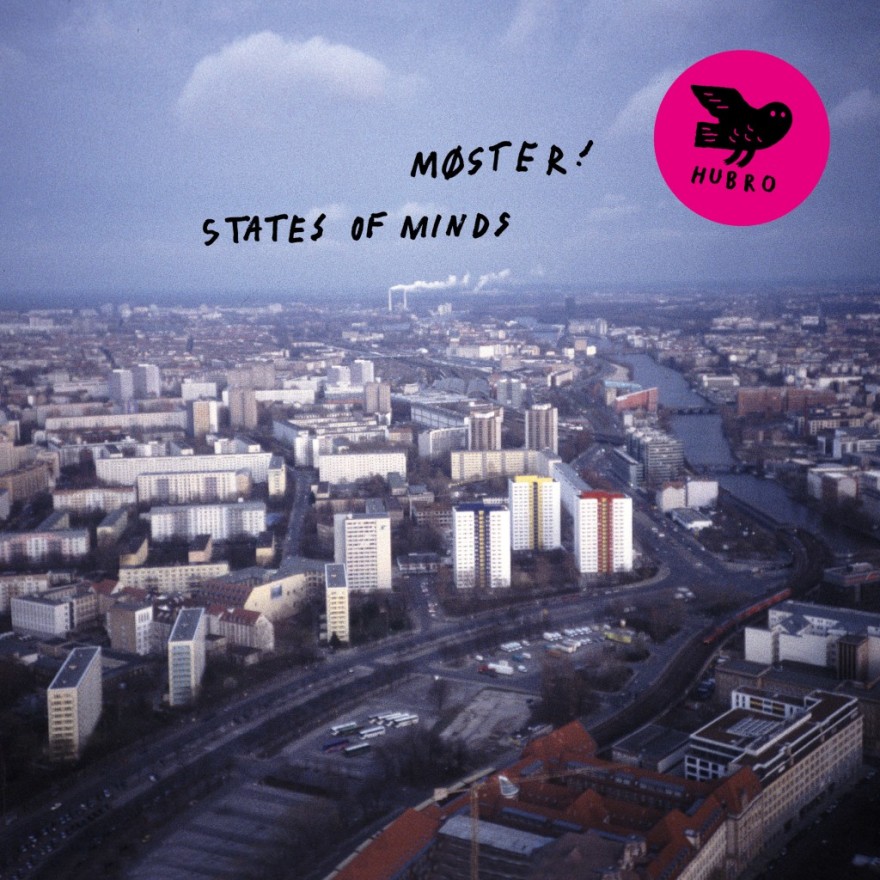 It is a 4th Scene of  The Møster  band under that squad , hard to be precise about order if taking on the account all acts from the past , as Kjetil Traavik Møster might be not that old all together, but his output is already massive and seriously impressive, given all inspirations.

‘States of Minds’ is a landmark project: a thrillingly exciting double album of two LPs conceived on a grand scale whose contents – including both group improvisations/spontaneous compositions and themes written by one or two of the contributors alone – can sound at times like a completely new form of music only minimally indebted to the past, and at others deeply historical. Within a governing context of full-on, often challenging ensemble jams much closer to experimental rock than to conventional notions of what constitutes ‘jazz’, however broadly defined, we can still hear familiar echoes: of the wounded-animal saxophone cries of Duke Ellington’s ‘jungle music’ or the bar-walking bragodoccio associated with the kind of Texas combos once played in by Ornette Coleman, and the ’tough tenor’ tradition that passed from Coleman Hawkins to John Coltrane to Albert Ayler (and thence, perhaps, to Moster, who has talked of wanting the group that carries his name to “place the artistic style and intensity of his hero John Coltrane in a modern context”).

As well as jazz, we can also recognise in ’States of Minds’ the form and metre of trance-inducing blues and boogie of the type we might find in the ‘primitive’ electric blues of RL Burnside, say, or the post-modern gloss on the form practiced by harmolodic bluesman (and occasional Ornette-sideman) James ’Blood’ Ulmer. From there, it’s easy to hear another sonic link in the chain of influences, to the kind of heroic axe-man flourishes we encounter in the lineage of out-there guitar bands from Cream to Sonic Youth. (Indeed, there’s a story that Cream was expressly formed to echo in rock and blues what Ornette Coleman represented in jazz, after Jack Bruce and Ginger Baker were inspired by seeing the Coleman trio at Fairfield Halls in Croydon, London in 1965. Tellingly, neither of them thought to inform Eric Clapton that they had cast him as Ornette.)

And yet ‘States of Minds’ is such a rich mix of influences, antecedents and original experimental interventions that all these echoes account for only part of its promiscuous, genre-hopping style. There are also thoughtful electronic interludes featuring Jorgen Traeen’s modular synthesisers; furiously microtonal slide guitar or lap steel wig-outs, as well as more stately bottleneck-blues melodies that can recall Ry Cooder’s soundtrack themes for ’Southern Comfort’ or ‘Paris, Texas.’ There’s even a slightly poppy, beautifully-poised mid-tempo number where Kjetil Møster’s sax sounds as emotionally pliant as any great-tradition balladeer. Significantly, there’s also at least as much or more guitar in ‘States of Minds’ as there is sax or clarinet. One of the great virtues of Kjetil Moster’s role seems to be an admirable ability to submerge his own identity as an instrumentalist within the overall ensemble, and to serve the music as a whole rather than his own considerable virtuosity.

It’s also worth restating how highly developed – and how extensively documented – Kjetil Møster’s virtuosity is. From a very early age he has worked across the normal boundaries separating different types of music, especially those operating between experimental rock and jazz, in a way that remains relatively unusual. Møster is also a multi-instrumentalist from way back, who after beginning on accordion as a child went on to learn cornet, tuba, bass and saxophone, and then to perform on guitar with the rock band Riper i lakken from the age of thirteen. The first version of Møster! was formed while Møster was a student at the Trondheim Musikkonservatorium between 1995-98. In the two decades since he has continuously sought out new and experimental opportunities with a myriad of projects, including the electronic band Datarock, as well as touring with Røyksopp and Robyn and continuing to develop the various iterations of Møster!, whose 2014 Hubro album ‘Inner Earth’ was recorded with Jorgen Traeen at Duper Studio in Bergen, and featured the same cast of musicians that is reprised – together with Træen and the locale of Duper Studio – we hear on ’States of Minds.’

But that was then, this is now: ‘States of Minds’ is unprecedented, both in the intensity of its musical address to the listener; its fearless, uncompromising spirit of adventure and experiment; and in the way the form of the album develops on both a micro level within each individual piece, from the minimal (the one minute duration of ‘Plate Sized Eyes’) to the maximal (the twenty-minutes plus of ‘Brainwave Entrainment’; and ‘Life Wobble’) and the macro level of the totality of each individual LP and the whole magnum opus of the overall double album. It is also never, ever boring.