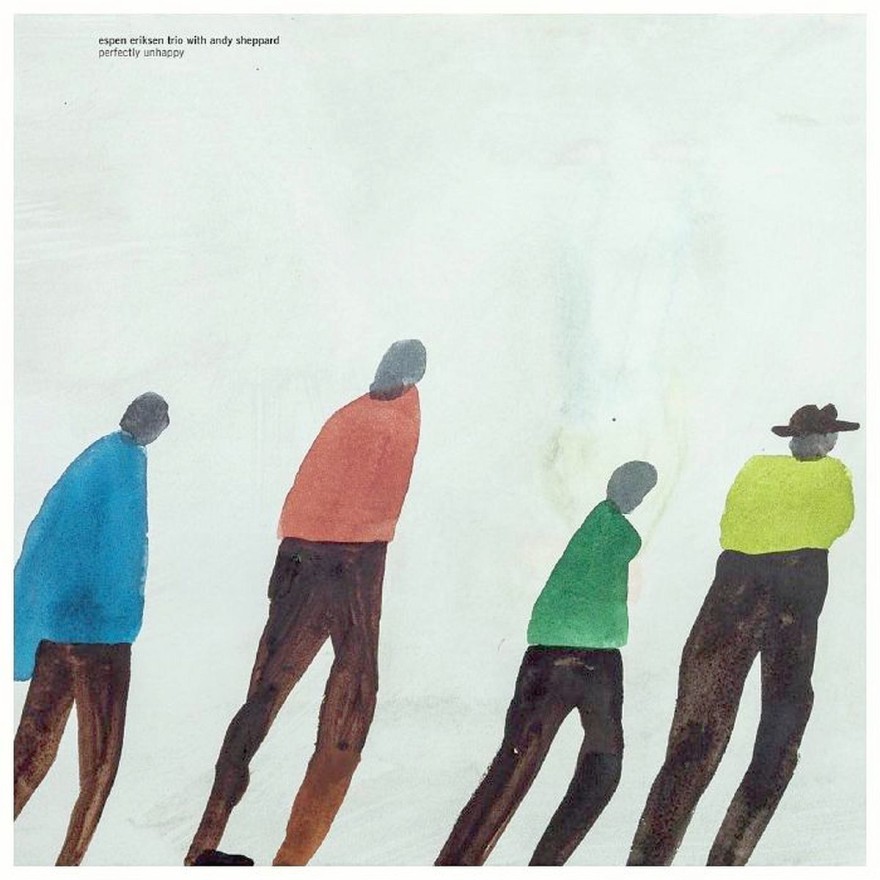 When I heard this trio some two years back in London with Andy Sheppard guest appearance on stage during second set I knew immediately that it is going to turn into something special. I said that before anyway, reviewing that gig. They had been touring back there with their third record, “Never Ending January” and there was a certain coherence in the way they did sound together, should I say: perfect energy merge ?
“I knew from the first time I heard the trio play that I would fit right in. I loved the melodic sense and vibe and was thrilled when I was invited to guest with the trio in London in 2016. Espen wrote a set of fantastic tunes for the recording session in Oslo. They played themselves and we had a ball recording, everything clicked and in two days we had made a very special album“, said Andy Sheppard about the recording above. But he said something similar there in the club too, referring to the future plans and trying to describe the best he could what sort of sensation it was to him when he heard the trio a year before during one of the Scandinavian festivals he was performing on as well.
Espen Eriksen Trio was formed in 2007 and released their first album in 2010. Since then they have released two more records on Rune Grammofon, and toured in 16 countries across four continents. The music relies on highly melodic tunes and a “less is more” approach often credited for its unique voice within today’s jazz scene by the international press. To quote BBC in their review of the trio’s second album;

“A wonderfully plaintive jazz record, abandoned to the lost art of melodic minimalism, stripped back and beautifully near bare. No smoke and mirrors, just the graceful chemistry of superb musicians at the top of their game”. What more can I add. Could a bit for sure but it still will match that opinion perfectly.

The aptly named “Perfectly Unhappy” features eight new songs by the pianist, all written with this collaboration in mind. These are enchanting and lyrical tunes, often melancholic and uplifting at the same time and will surely speak to followers of both the trio and Sheppard and attract many new ones. With a career spanning over four decades, working together with the likes of George Russell, Gil Evans and Carla Bley, Andy Sheppard is truly one of Europe’s leading saxophonists. He is currently an ECM recording artist with his own quartet.

Eriksen’s background is ranking from jazz to pop music and the church organ,while Jenset lived and worked as a musician in Copenhagen for seven years before relocating to Norway. Andres Bye is one of Norway’s most requested drummers in jazz and pop and has played with Bugge Wasseltoft, John Scofield, Joshua Redman, Dhafer Yousef, Nils Pettr Molvear and many others.