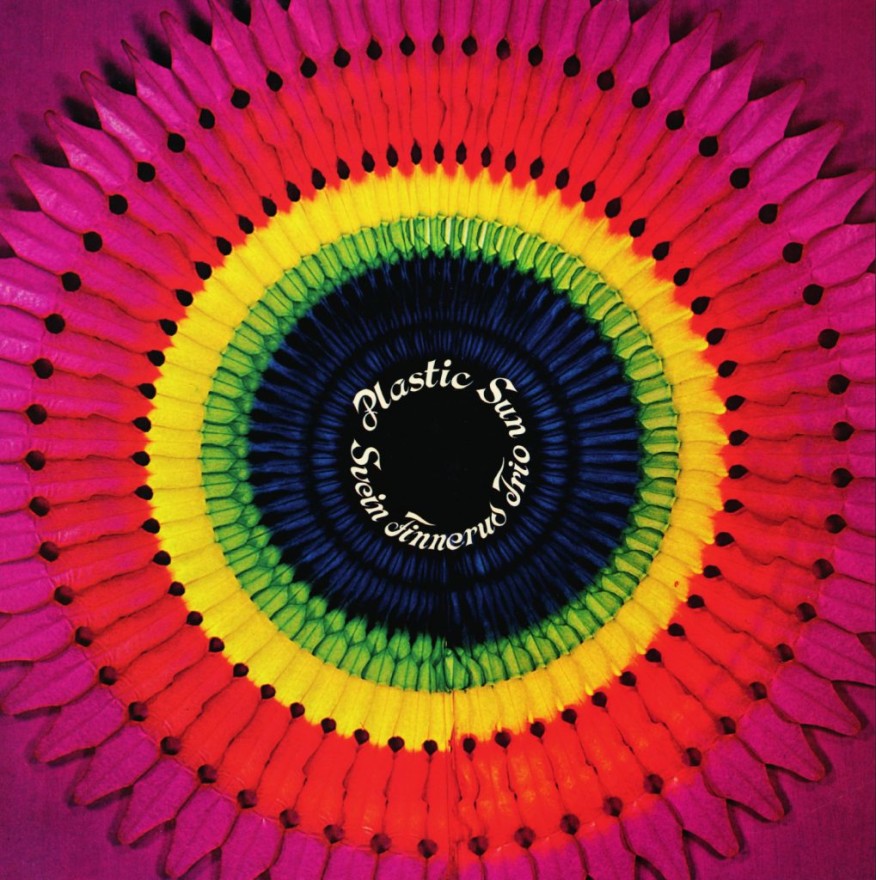 The second half of the ‘60s and the first part of the ‘70s was defined by Bitches Brew, Joy, and Afric Pepperbird; Ornette Coleman, Paul Bley Trio, and Charles Lloyd Quartet with the young Keith Jarrett, and a list of innovators much longer than this. During this period, in which cold and hot wars gave rise to rebellion, experimentation, and demand for the transformation of stagnant political, social, and cultural conventions, including musical conventions, Svein Finnerud Trio represented a vital and complex voice in the Norwegian general public. When Plastic Sun was released in the summer of 1970, it was the second album from pianist Svein Finnerud (1945-2000), bassist Bjørnar Andresen (1945-2004), and drummer Espen Rud (b. 1948), and the fact that they completed the recording in one day says something about the trio’s familiarity with playful, spontaneous musicianship and finely-tuned intercommunication.

The album presents a large, thoroughly contrasting stylistic range, from funky soul/R&amp;B-like bass grooves and cheerful piano harmonies in a Jarrett-esque gospel/folk terrain, via meditative sections to sheer free improvisation and contemporary music beyond time and tonality, and the trio went a long way in dissolving the traditional distribution of roles between soloist and accompaniment in favour of collective improvisation.

The album presents a large, thoroughly contrasting stylistic range, from funky soul/R&B-like bass grooves and cheerful piano harmonies in a Jarrett-esque gospel/folk terrain, via meditative sections to sheer free improvisation and contemporary music beyond time and tonality, and the trio went a long way in dissolving the traditional distribution of roles between soloist and accompaniment in favour of collective improvisation. Plastic Sun is an acoustic album, but the soundscape nevertheless bears the mark of musicians on a timbral search, and extended techniques are also among the elements involved in making Svein Finnerud Trio something different than a piano trio in the common jazz sense.

Plastic Sun was recorded on February 6, 1970, in the studio at the Henie Onstad Art Centre at Høvikodden, and was released in July of the same year on the Sonet label. Sonet – originally Swedish – was active in Norway as part of jazz-enthusiast and Norwegian pop king Arne Bendiksen’s record industry kingdom, and had among other things released Karin Krog’s groundbreaking album Joy the year before. The trio produced the album itself, well-reputed Egil Eide was engaged as the sound engineer, and Svein Finnerud, who was also a painter and was about to debut his graphic art at the Young Artists’ Society, made the colourful, psychedelic cover illustration based on the trio’s joint idea.

Plastic Sun arrived in about the middle of Svein Finnerud Trio’s career, three years after its emergence in 1967. This new voice in Norwegian jazz quickly gained both listeners and gigs, not least at Høvikodden, where the trio regularly played concerts that thrilled many, offended some, and always offered surprising musical turns and absurd-amusing, performance-like elements. From its inception, the Finnerud trio’s strongest source of inspiration was Canadian pianist Paul Bley and his trios. Svein Finnerud never concealed the fact that the concert Bley, bassist Kent Carter, and drummer Barry Altschul played in Oslo (the University Aula) on November 12, 1965 manifested itself as a revelation and guide for him, and on Plastic Sun the ties to Bley appear not least in the selection of the tunes “Cartoon” and “Touching”. Both were composed by Annette Peacock, Bley’s spouse from 1966 to 1972, and can be found on several Paul Bley albums from around 1965/1966. Another source of inspiration, Ornette Coleman, is represented on Plastic Sun with the trio’s version of “Dee Dee”, while the rest of the material is original and credited to Andresen, Finnerud, or Andresen/ Finnerud. Plastic Sun is an “iconic” Norwegian jazz album, a portrait of an era and simply 35 minutes of original, genre-crossing, partly catchy, and always fascinating music.